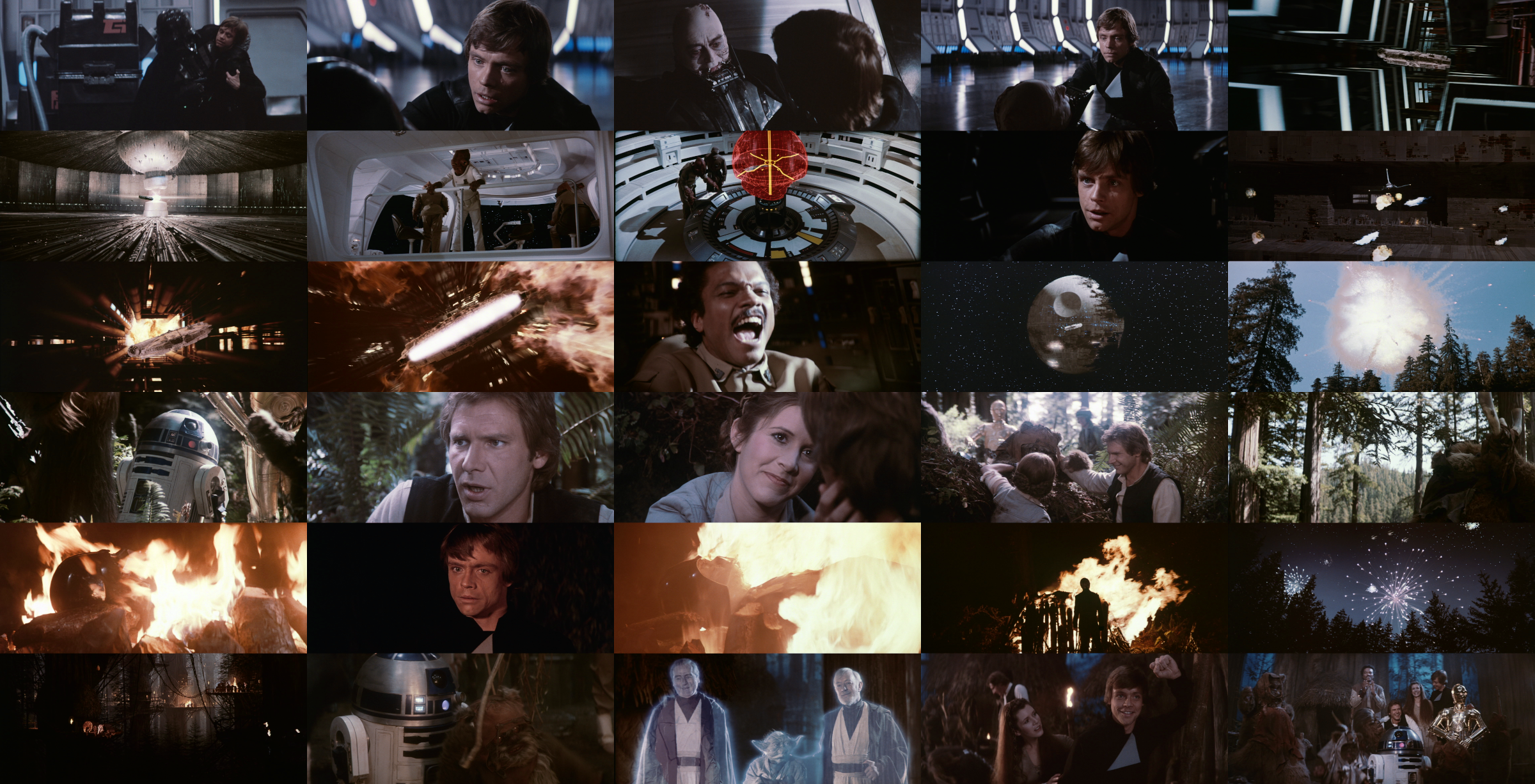 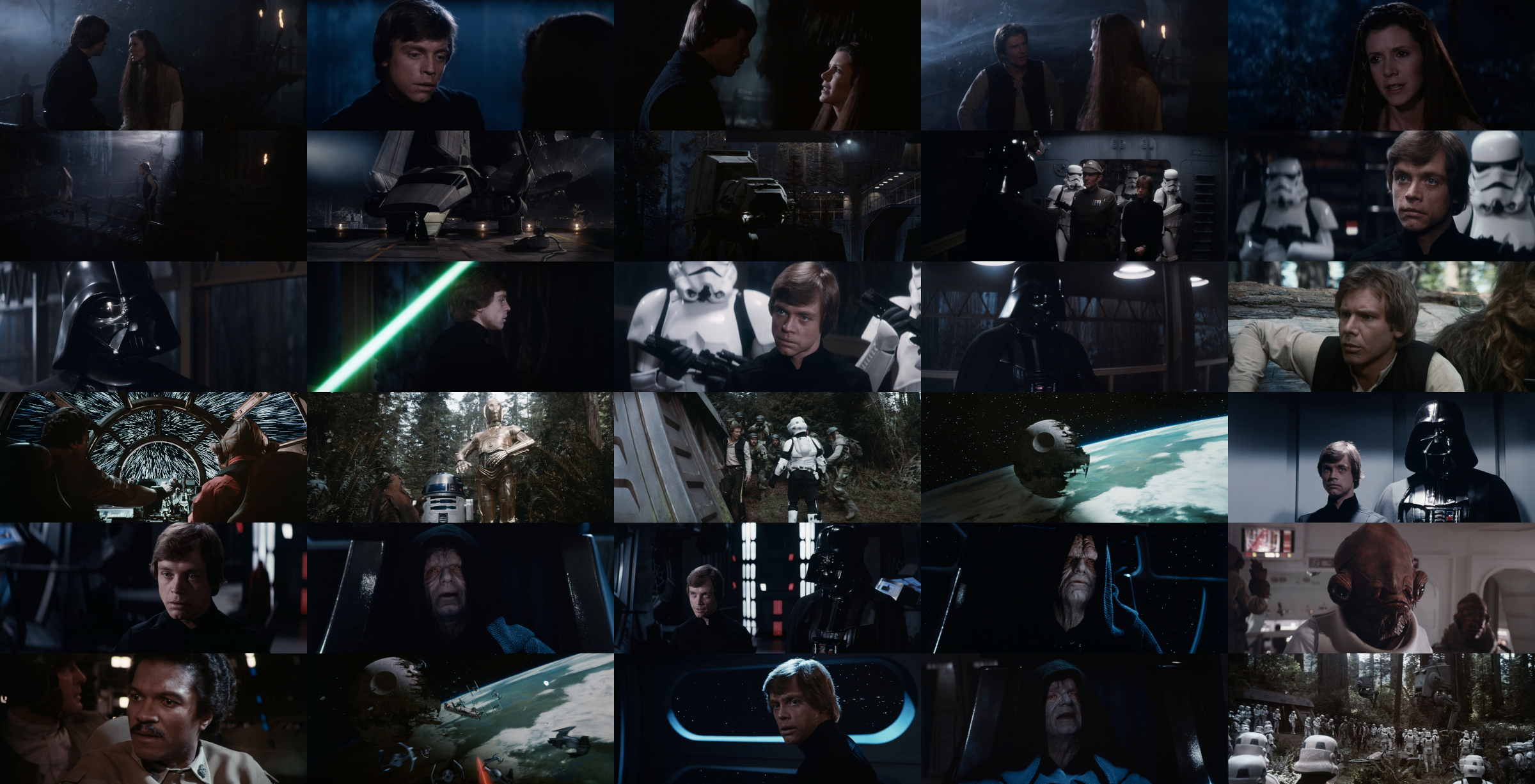 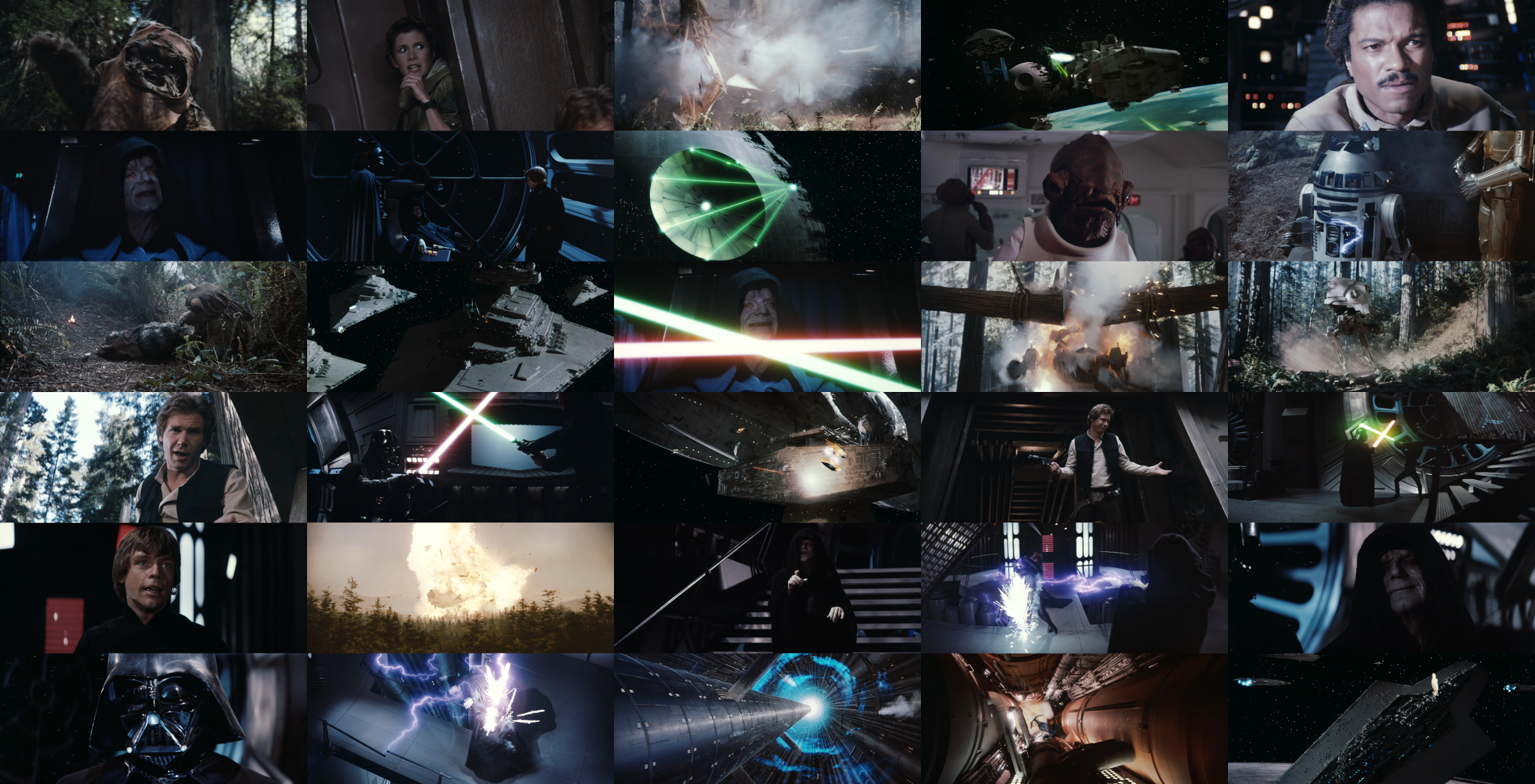 Here’s the first pass for reel 6: 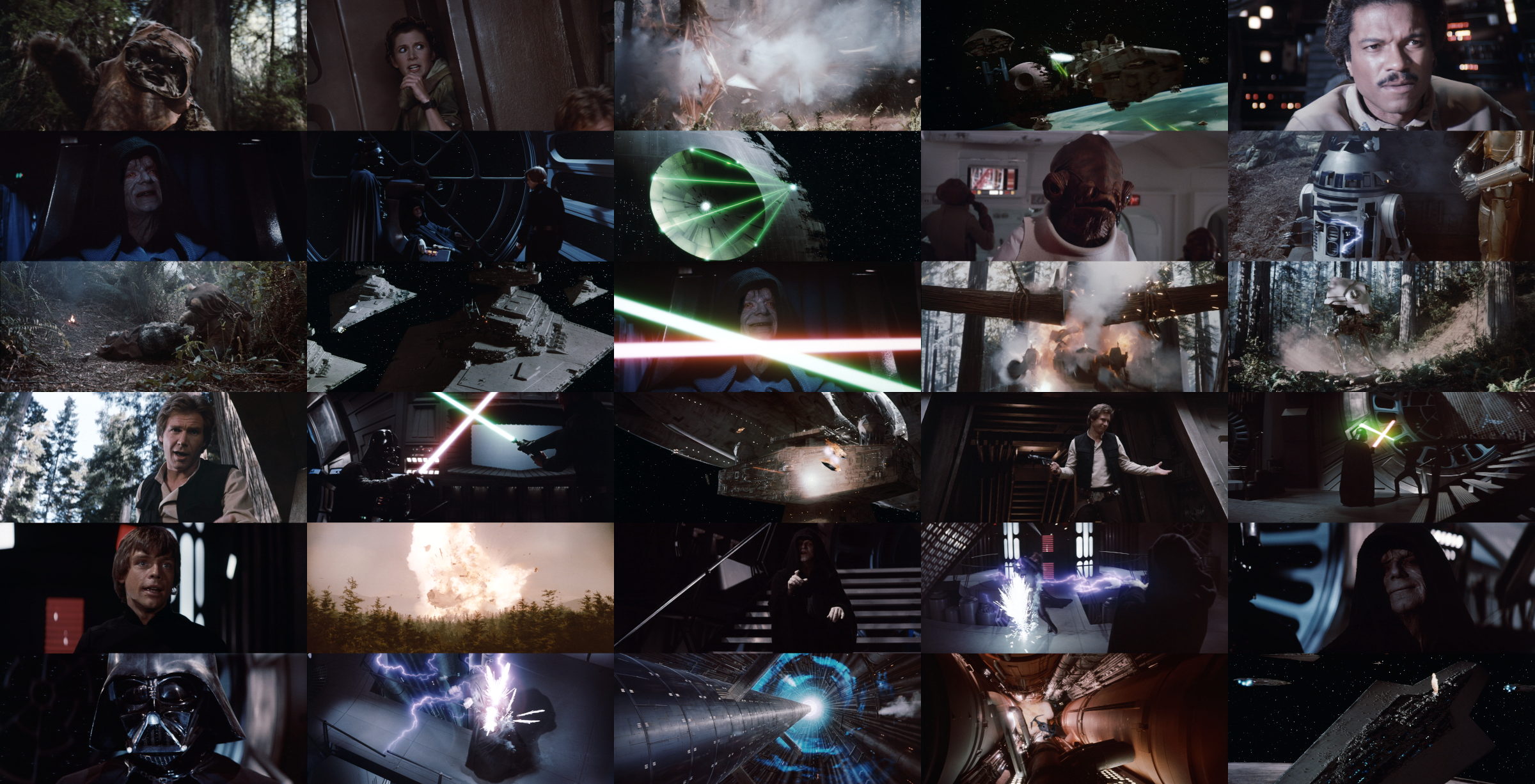 Here’s an update for reel 4, and a first pass for the redone reel 5: 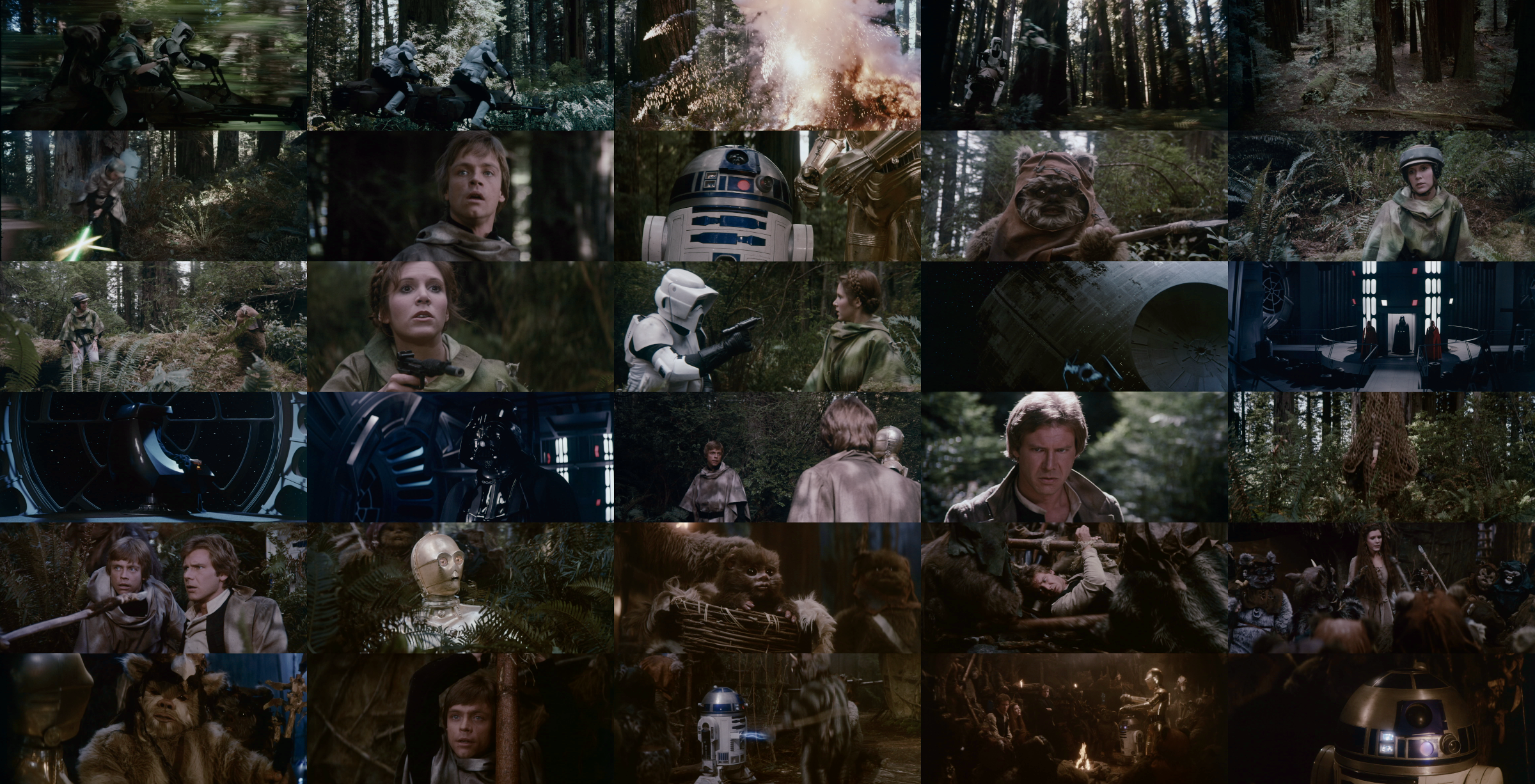 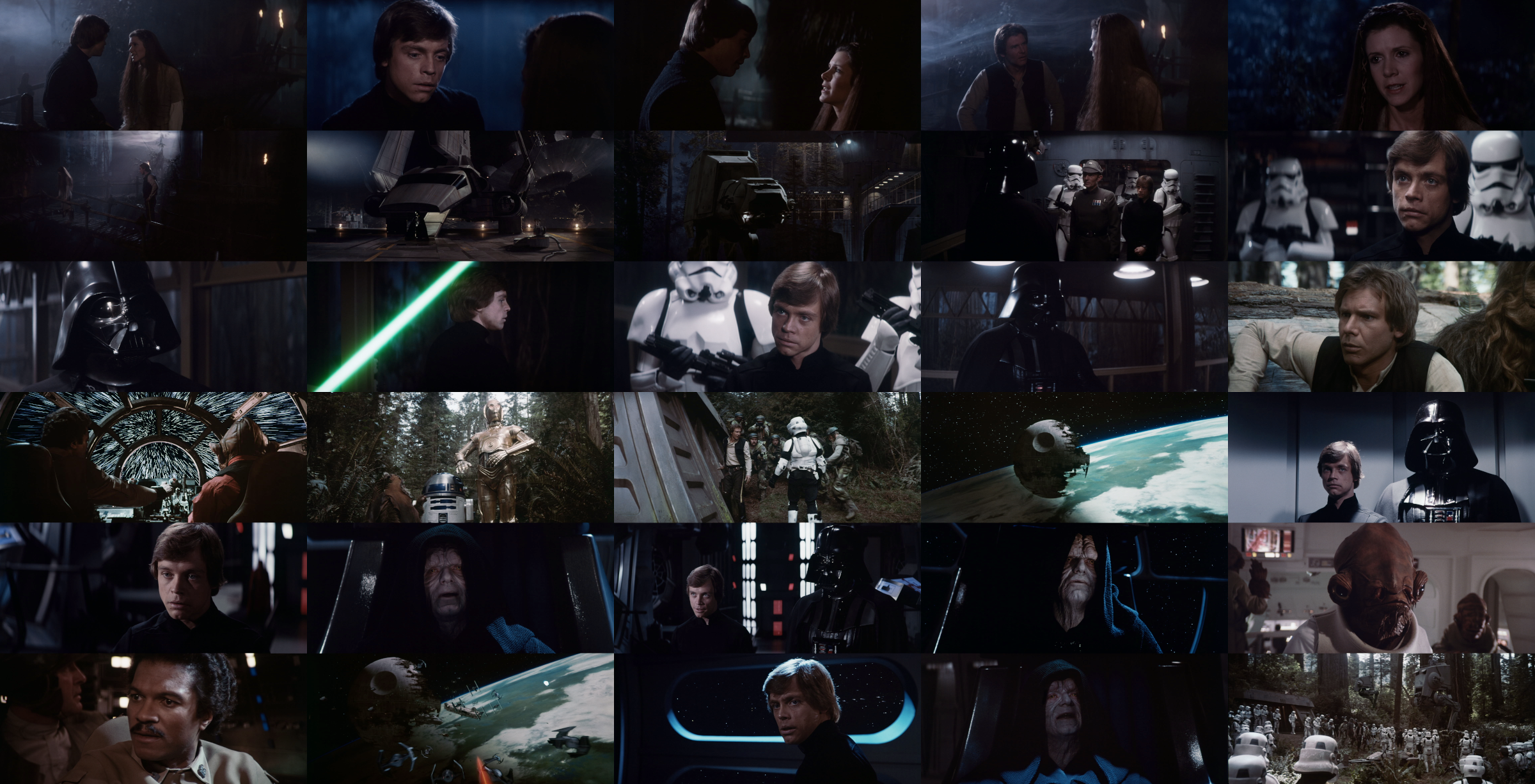 Here’s the first pass on the redone reel 4: 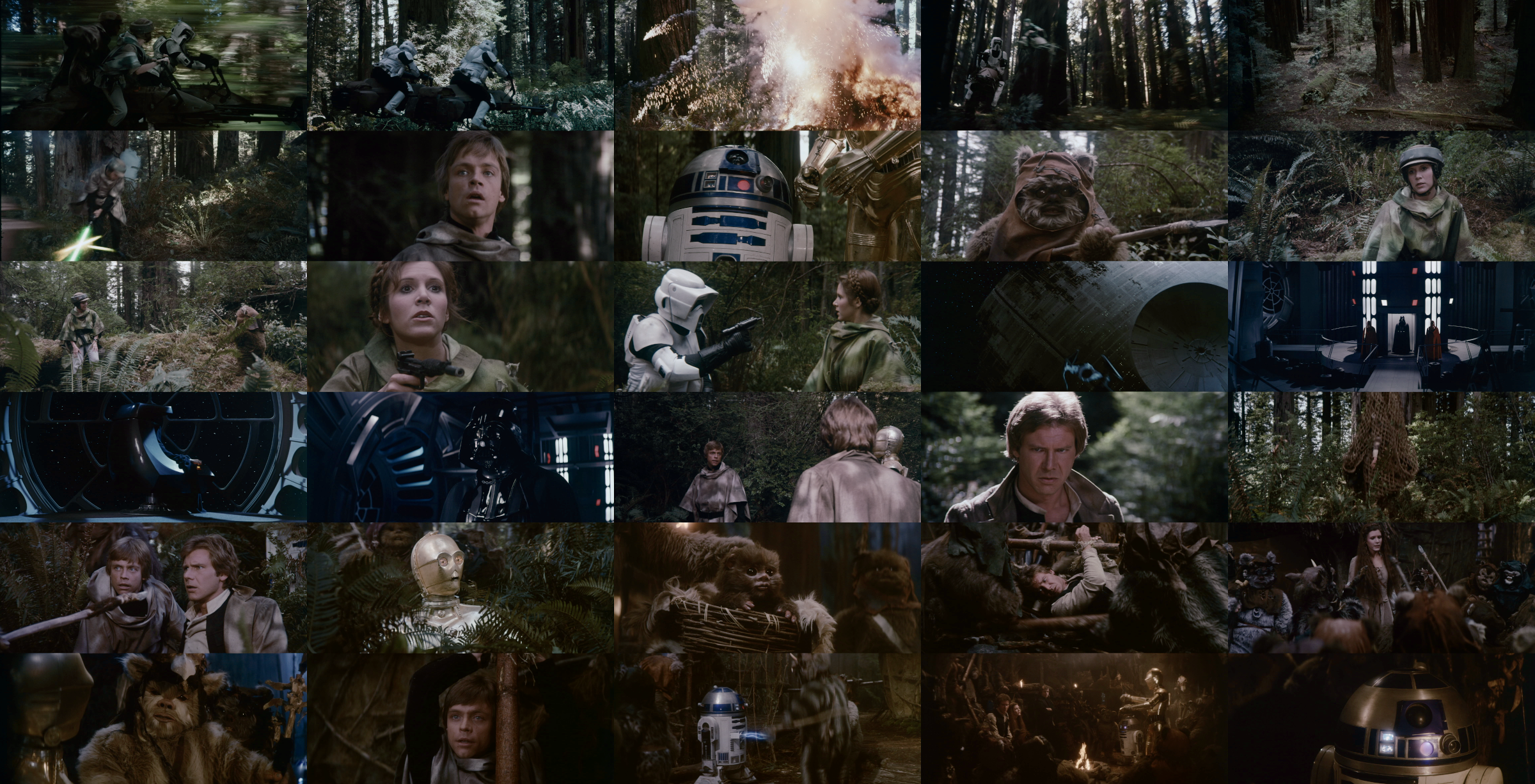 My background has more to do with photos and I would agree there’s levels of pop you would want to avoid for a video grade you would push in a photo edit. Also should be mindful of losing detail, the highlight on Padme’s right sleeve by comparison.

Also couldn’t help myself and made another mix plus a black and white version just for fun.

For this color grading I quite deliberately didn’t want the colors to “pop”, since most like Broom Kid, who have seen Jedi on the bog screen have stated, that it always seemed a little duller and flatter than the other two films in the trilogy. Consequently I’ve attempted to go for a film like color grading with the extra caveat, that Jedi wasn’t that vibrant to begin with. I’ve done another pass on reels 2 and 3 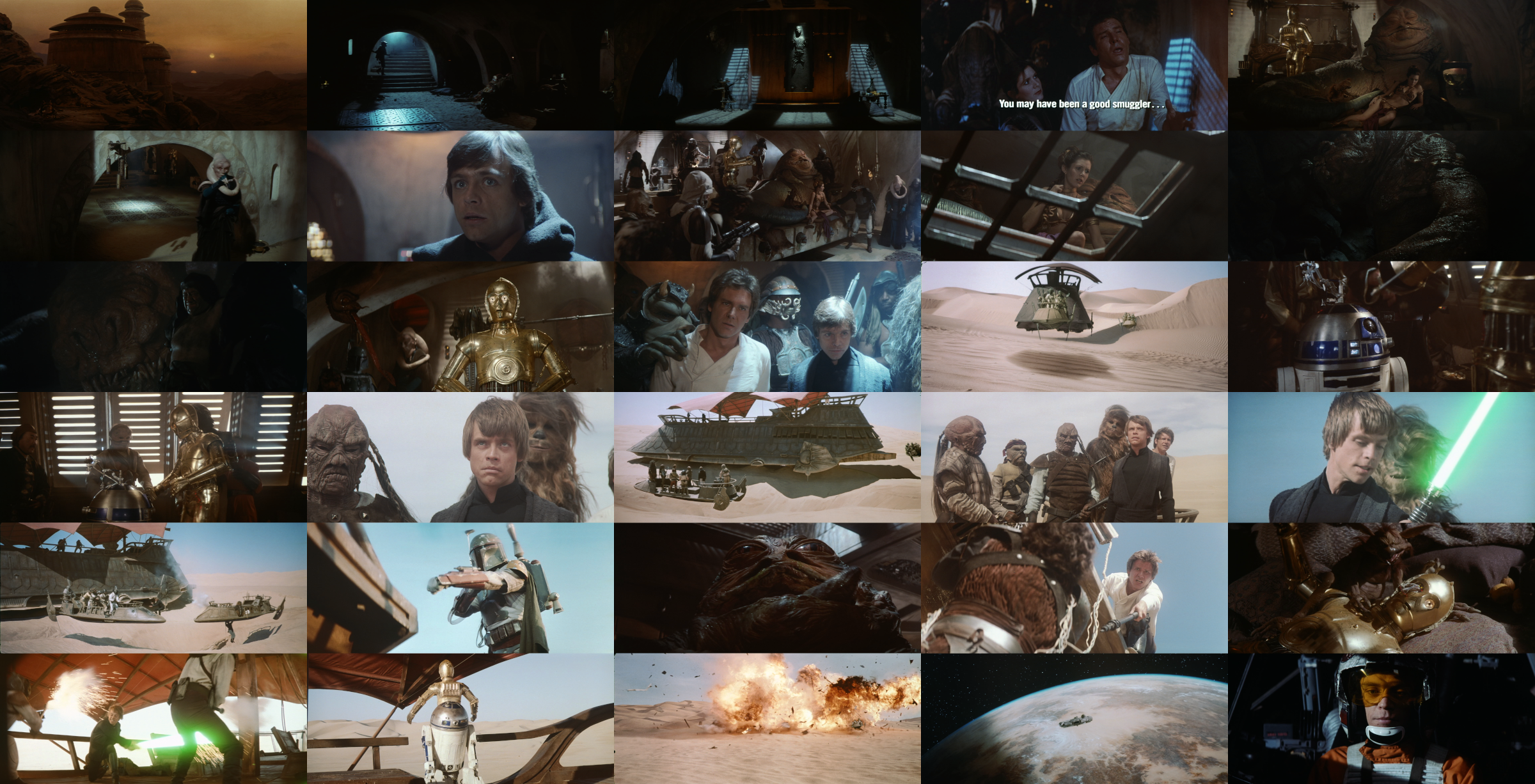 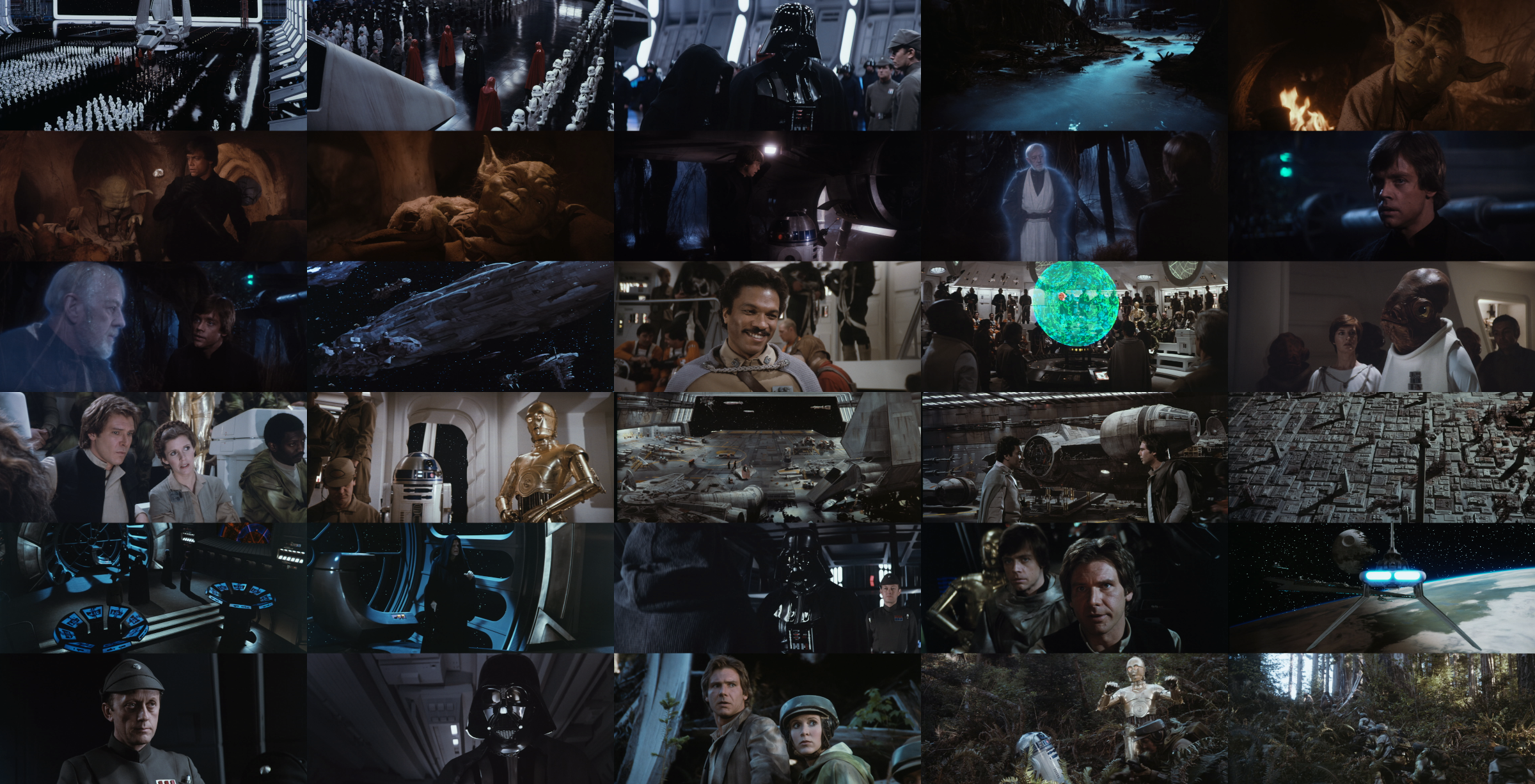 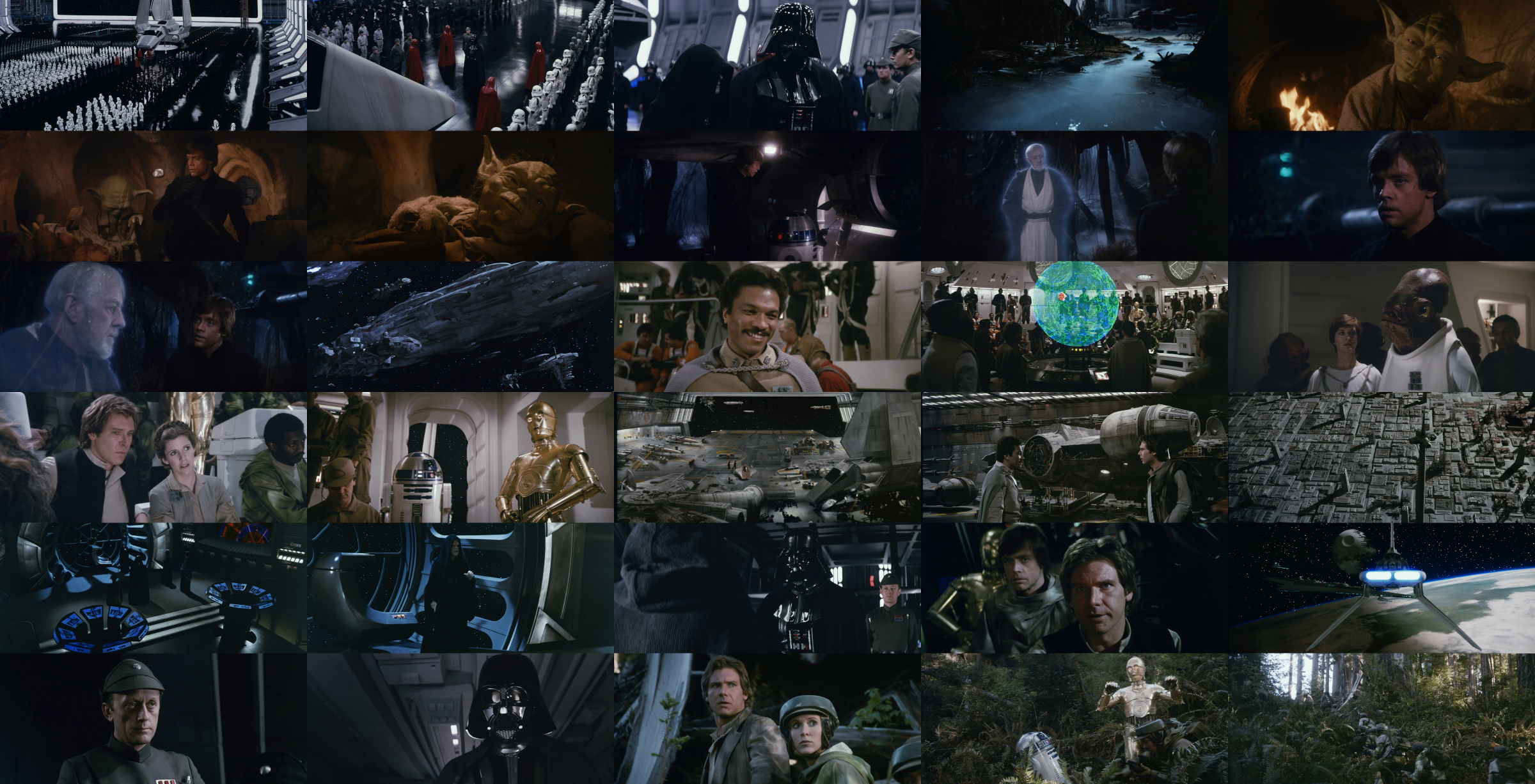 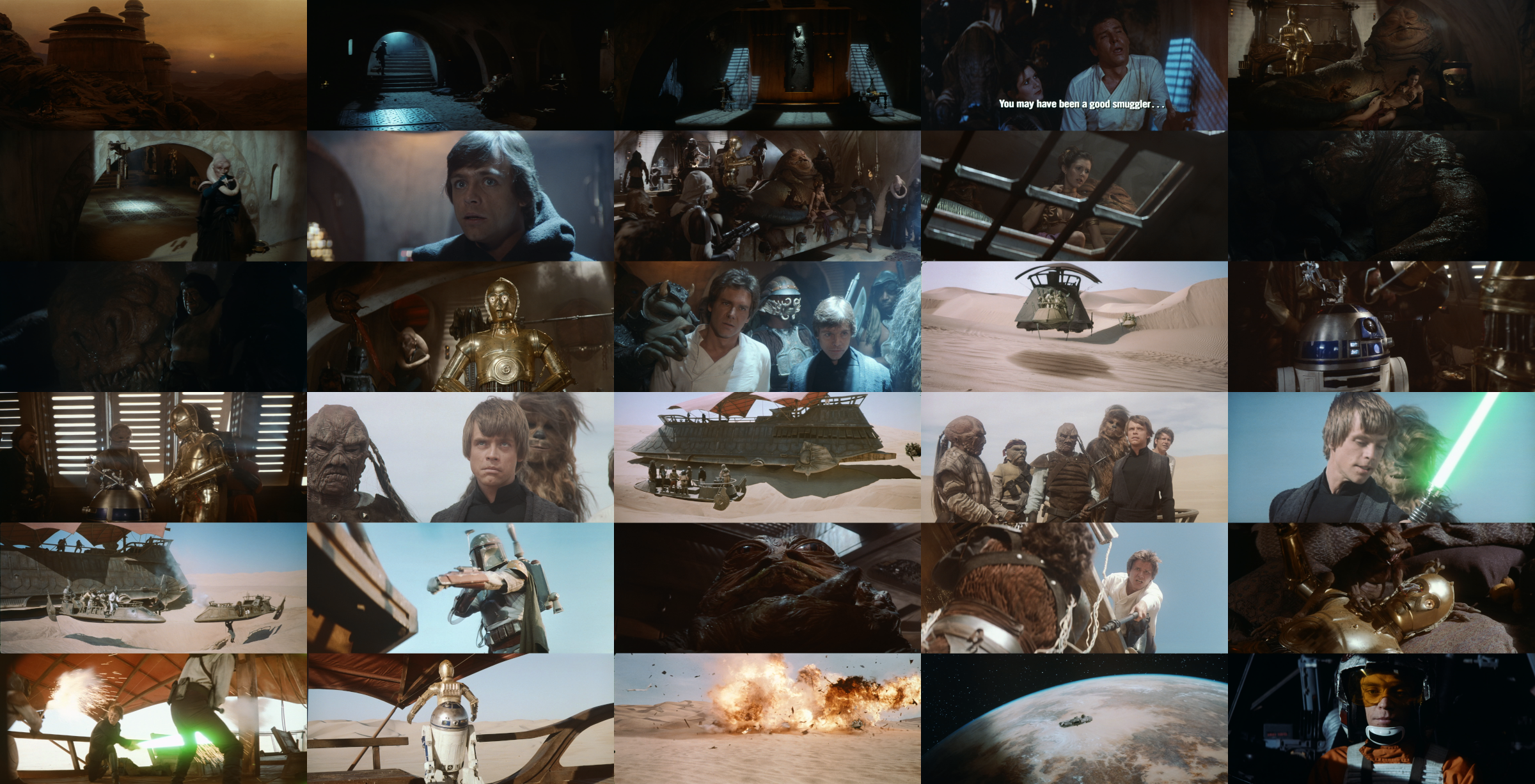 Thanks everyone! 😃 I’m not entirely happy with reels 3-5, so I will be re-doing those.

Here’s an update for reels 3 and 5, that removes the green in the shadows: 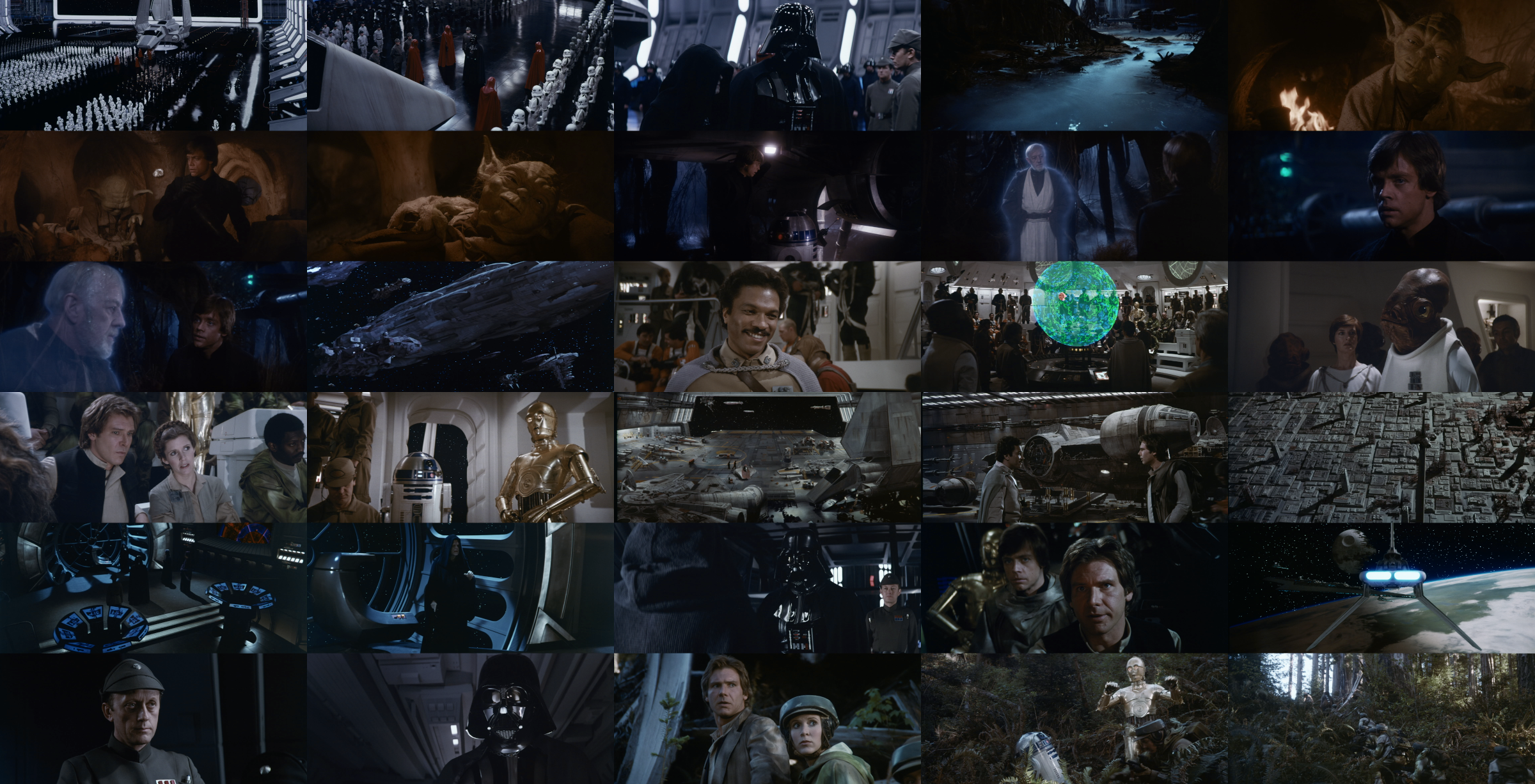 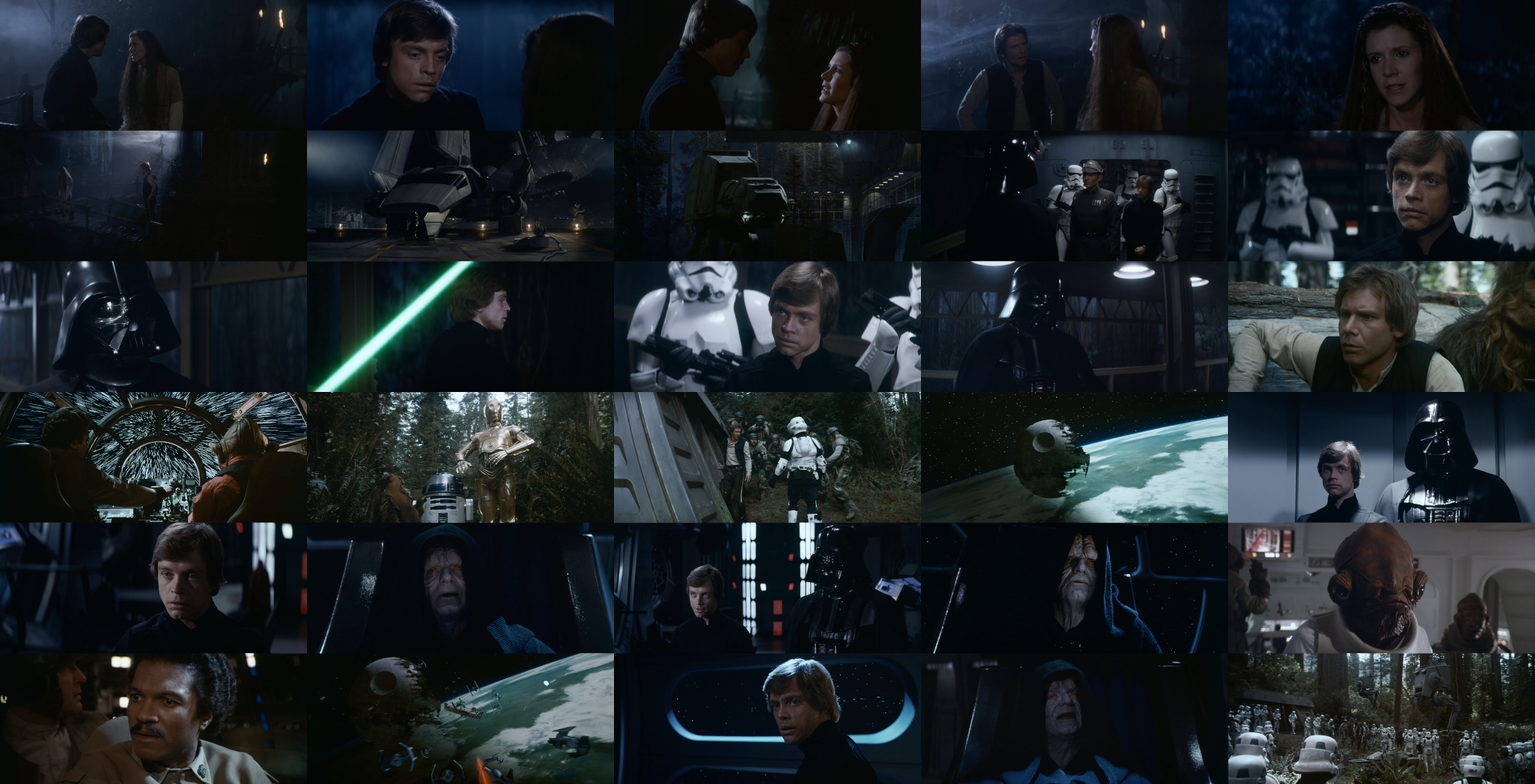 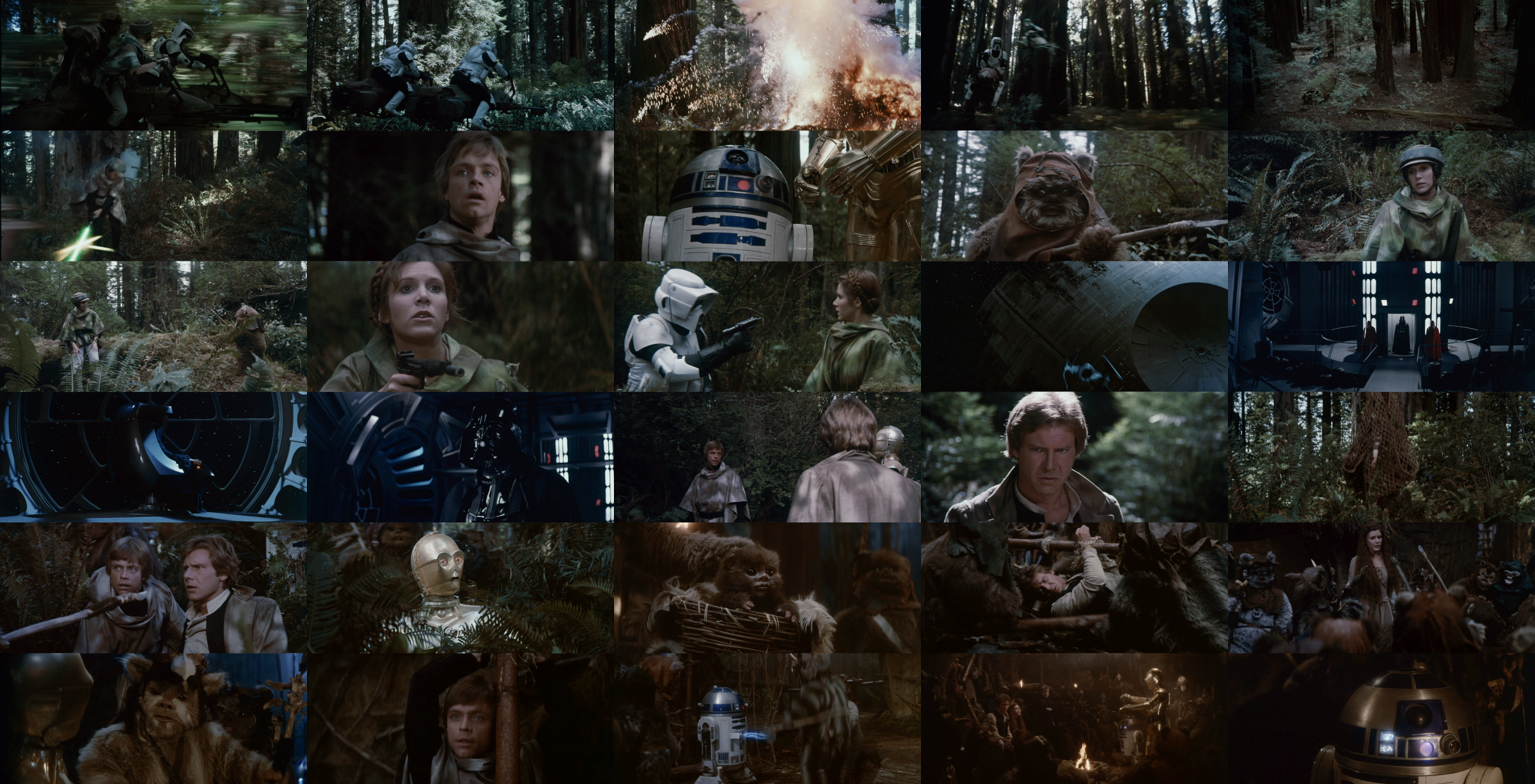 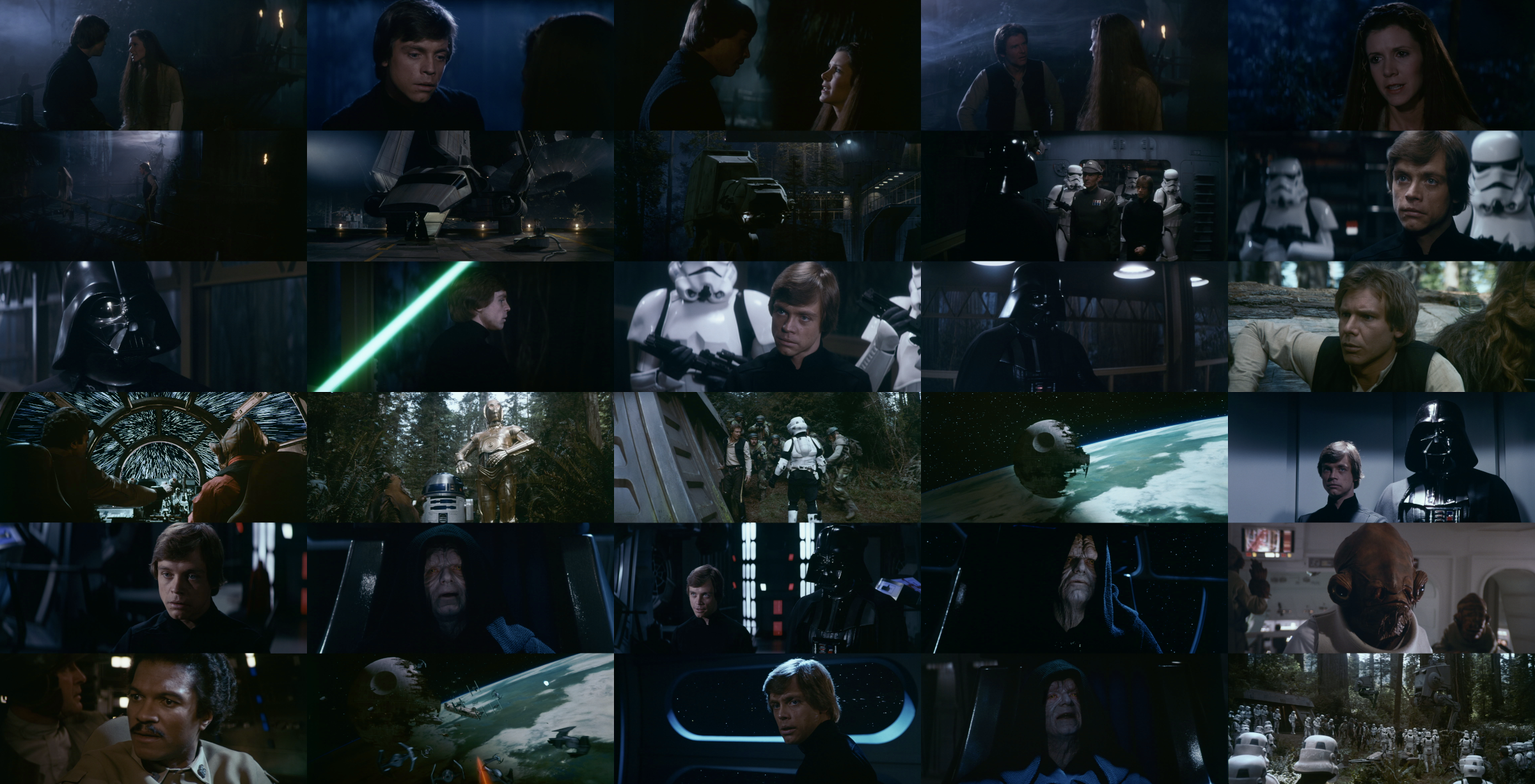 Well, what looks good as a single frame often is much too bright, contrasty, and saturated when seen in motion. Most of us grade a film like we would a photograph. I’ve been guilty of it myself. Cinematic color grading generally leads to much less vibrant imagery, and while it may seem lackluster as a still, generally looks far more natural in motion:

I’d punch in the contrast more for a more classic film look but it really looks in good shape and gives me hope for the amount of latitude there is to alter the look, the original sources are fairly neutral being such early digital.

I think a classic film would look more like this:

The old film prints really were not that bright and vibrant, with technicolor being the notable exception in the vibrancy department. 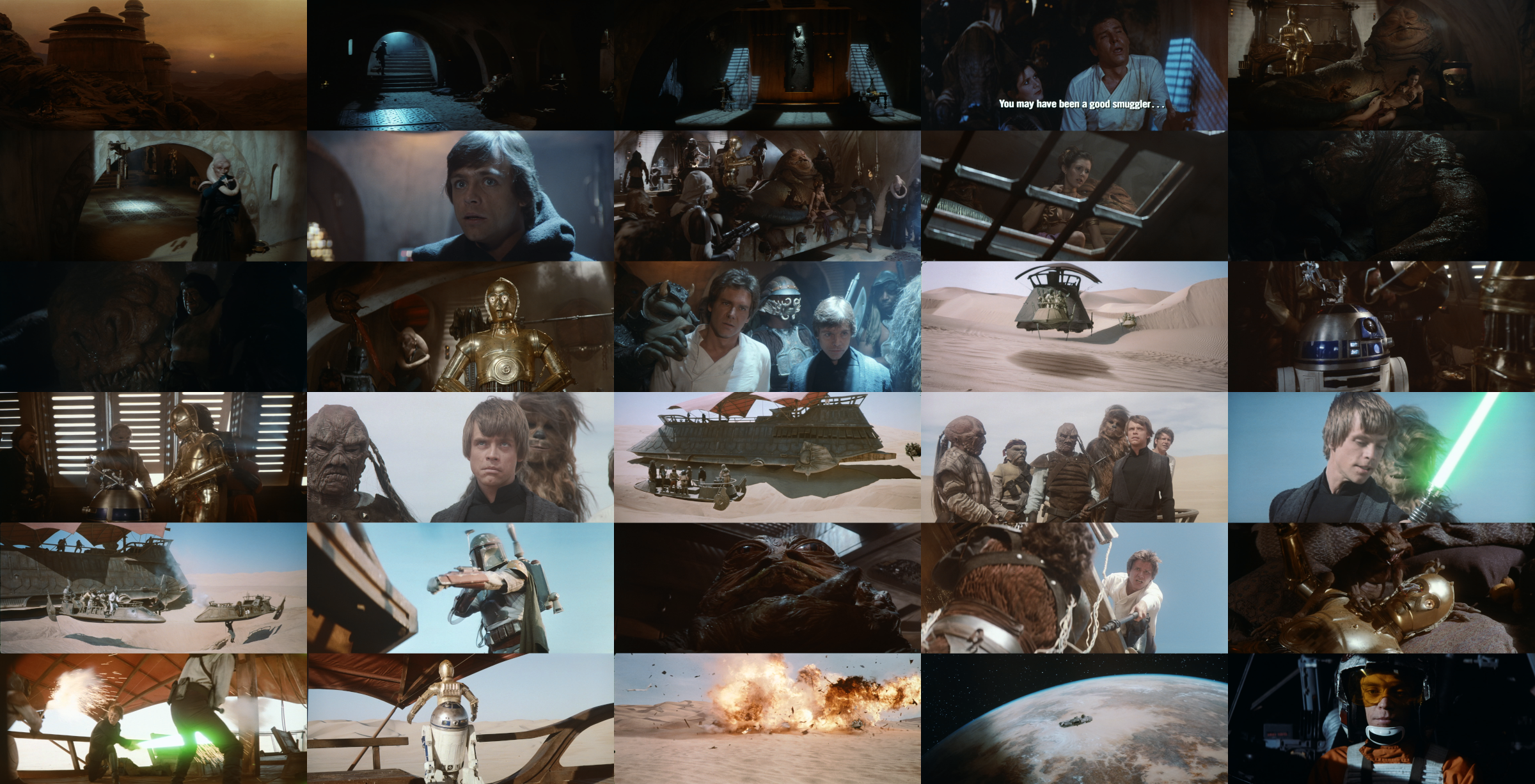 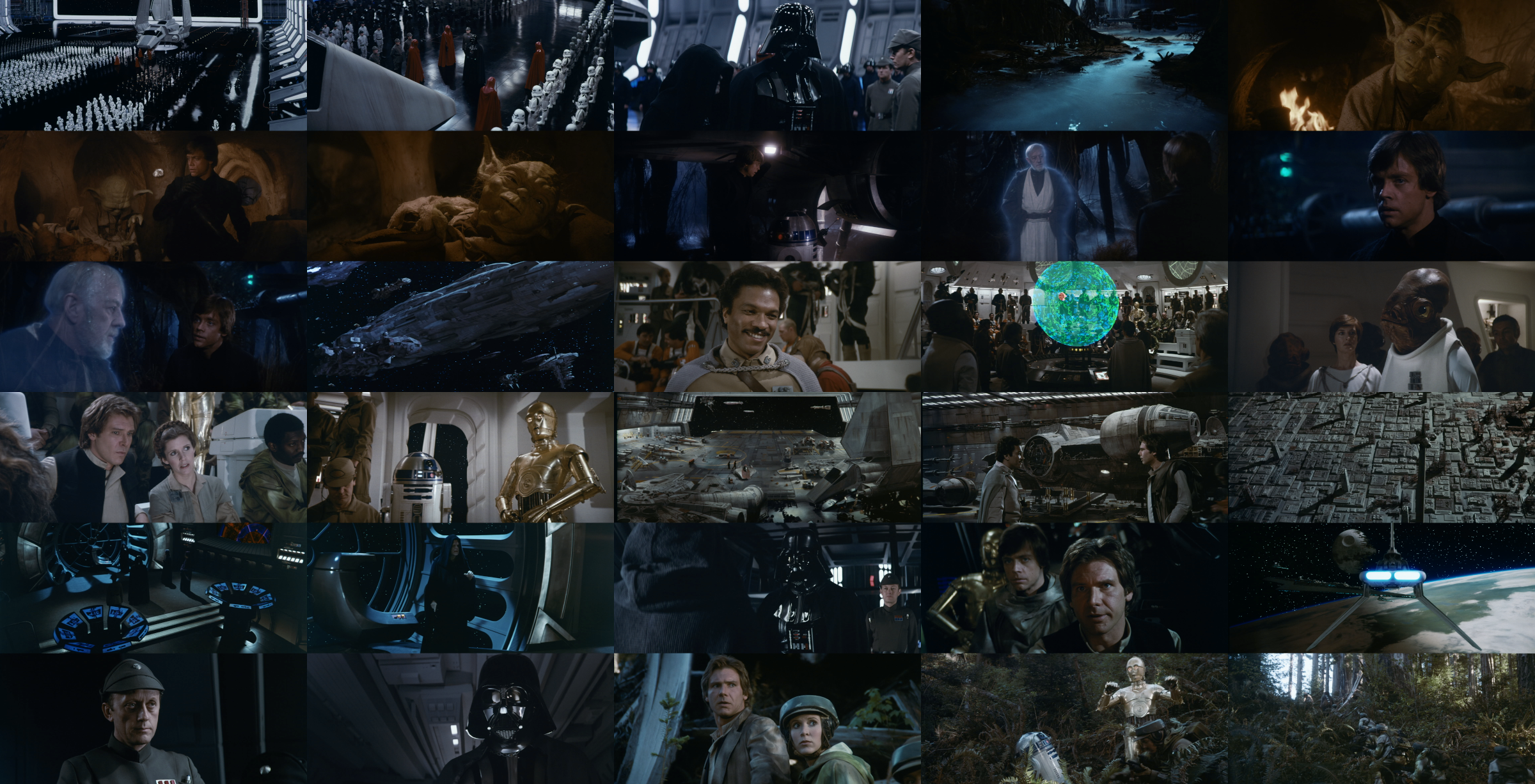 Somewhere yet still further in between methinks?

EDIT: added my own mix to the mix, not much changed apart from taking another cue from Dre and injecting some warm tones

Nice! Going from this one:

Emanswfan are you planning on varying the emulated stocks based on their intended use conditions (daylight stocks vs artificial lighting stocks, etc.) or just one blanket stock across the whole film? Just curious.

In an eventual scene by scene or even shot by shot grade, stocks will be different depending on the case.

This is actually exactly why creating one grade for the whole movie for any of them hasn’t worked well, but I still want to do that as to get a version that maintains the relative color timing.

I must say I largely prefer emanswfan’s grade.

Maybe I went for a bit too neutral. How about this:

Or how about just creating a different atmosphere by having the sun set:

Just for fun, I tried correcting three of the trailer images with a global adjustment:

I would go for this, if I wanted a film like look:

I went in saying I would give prizes to the three people who got closest to opening weekend, domestic and worldwide, and it does seem the three closest people are rocknroll (who I have already spoken to), Starkiller and Dre. Right? I have three prizes, so we can award three people!

Also Dre, I would love for you to do a write up about your conclusions about your research now that we know that the numbers are pretty close to settled.

Well what shall I say? I think ultimately the final BO was predictable to some extent, although the mixed reception probably prevented the film from more closely approaching TLJ’s box office. I think the poor performance of Solo, and less than exceptional performance of TROS hammers home, that we’ve entered an era, where Star Wars films are just seen as the next big blockbuster on the agenda.

Following the completion of my work on 4K77, I decided to give 4K83 the same treatment. Here’s reel 1: 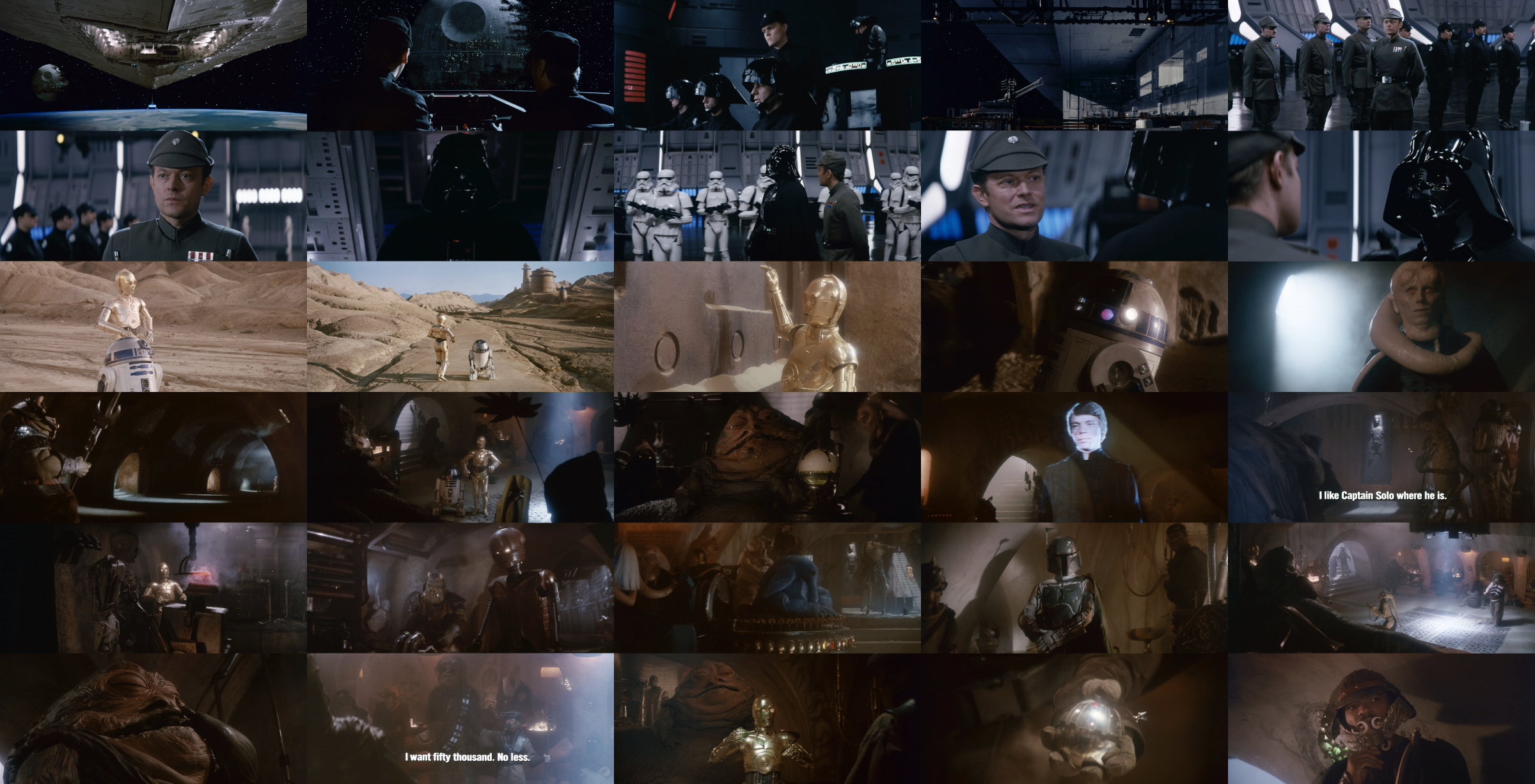 Forgive the compression artifacts given this is from the Disney+ version. This is with AI Sharpen, a HDR to SDR conversion, Kodak 5219 emulation, and some custom grading. This is what I would say would be a vivid modern film look grade option without film grain.

Trying to mess around with the Disney+ versions at least a little until the physical 4K discs come out.

Nice! How about this quick and attempt at creating a film like color grading using yours as the base?:

A new release of 4K77 is in the works, that will feature these colors. Our esteemed williarob will provide updates in the future, but an exact release date is not yet available. 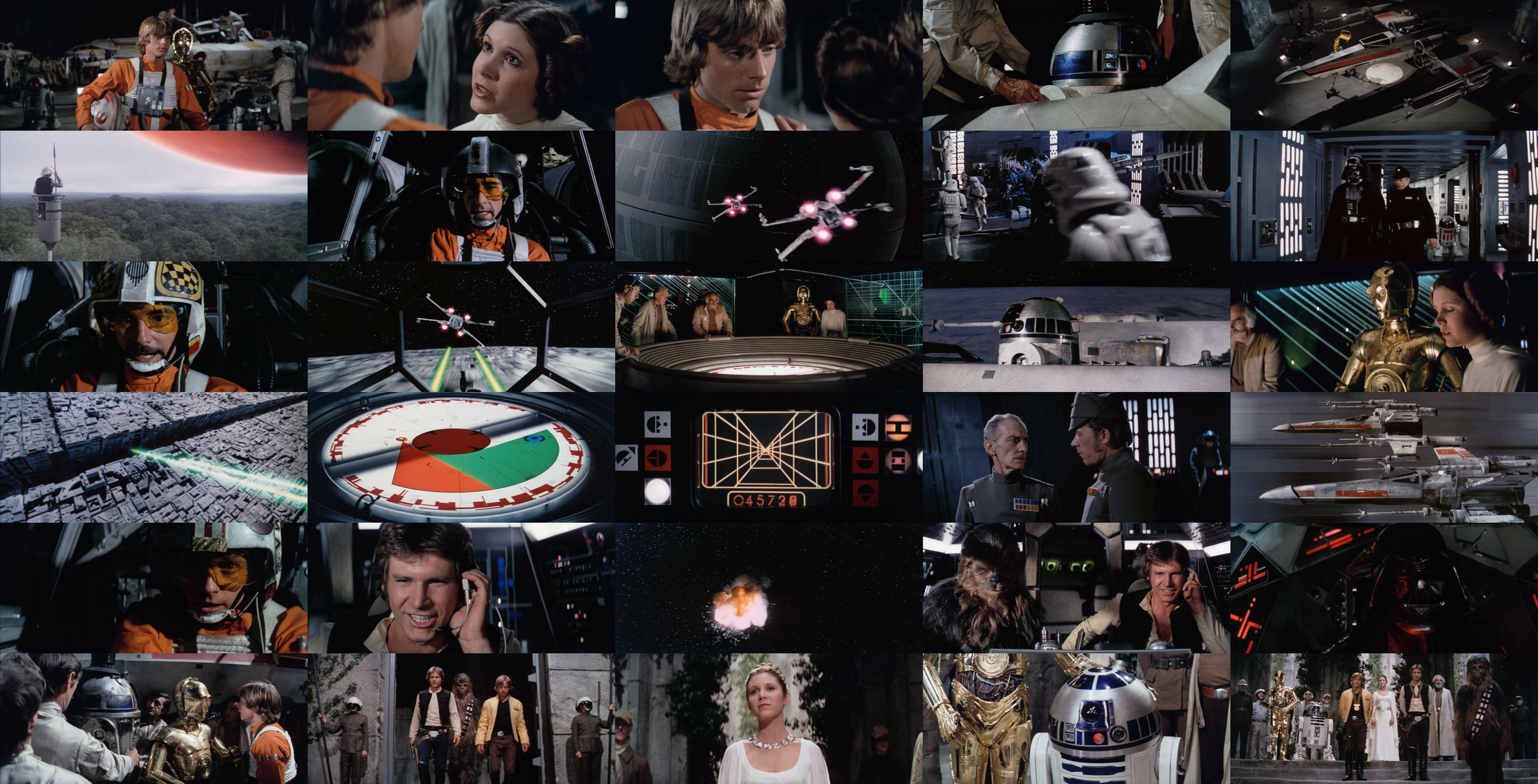