That’s a nice trick about copying to one’s own Google Drive. I added that to the FAQ file listed at the top of the ‘Hal 9000 SW edits’ directory.

Also, please refer to that FAQ file for a tip on another place to find these if the Google Drive is currently stalled out.

Can confirm this works. Have been using it this way since TFA:R V2

Will you also be including a 720p quality for your Padme dies version or just the 1080p?

Adding a “but” would make it flow better if possible.

Vader:
“Your mother once thought as you do, BUT you don’t know the power of the Dark Side.”

I personally like it without the Yoda scene so the pacing goes (mother, father, daughter, son)

How goes the progress on V6?

Have Snoke be a possessed darkside worshiper that Palpatine’s spirit took over.

If Palps is supposed to be in Episode 9, then that would be the best way to retcon him as the true villain of the sequel trilogy.

Have him take over Kylo Ren and Ben sacrifices himself to save Rey during the final battle. Palps would not have any dark siders to possess and it would be over.

Leia dies from ongoing sickness/injury from her spacewalk in TLJ at the end of the movie and we end with all of the heroes at her funeral and all of the Jedi’s force ghosts show up to honor her and mark the prophecy as fullfilled. Thus, the Skywalker bloodline is over and we end the saga with a group shot of everyone.

It would be good for you to use to remove dialogue if needed, but as an additional audio track, I don’t expect many would care.

Can I have a PM for the edit? Nice to see I’m on the Special Thanks list too!

+1 for the droid factory

I think I have a good idea for the Anakin/Padme scene in the garage that you should give a second chance.

Scene flow:
Padme: "you’re not all powerful
Anakin: “well I should be!”
Cut to Padme saying “Anakin!”
Cut to angry Anakin calming and sitting down and saying he should be better that this even though you can tell he is questioning it

Padme just sees it as him lashing out after his mom died and comforts him but what the scene really shows is the conflict building in Anakin that he wants to be more powerful and that as a jedi he shouldn’t think that way. It plays well into your version in LOE and starts to hint at Anakin’s turn to be more powerful.

That is very well done. I think that is a very good idea because the deleted scene sticks out very badly to the rest of the footage.

I really think that the music track should stick with the podrace, definitely ups the tension and doesn’t make it seem as dull.

Graphics card doesn’t matter as much for encoding as CPU does in my experience.

When I did a test my CPU was maxed at 100% and the fan sounded like a jet engine. I’m getting this chat off topic now, so let’s go back to talking about V6 now!

I did look for some programs but it seems like my graphics card in my PC is not good enough to do encoding in HD.

If it’s too much to ask to encode a full version that includes the original titles, then I’ll just stick with the edit titles 😀👍

Do you have any recommendations for which software would be best to do this with that wouldn’t cause a quality loss when re-encoding?

So basically it would be a separate video track in the same mkv? Not quite sure how to add it in if I needed to haha

I think that’s fair, Ridley. Since all three are getting a V6, if you wish to encode them I can include the crawls as .mov files. 😃

What encoder do you use? I would edit them in but I’m not sure how that would need to happen.

I’d love for SirRidley to make a version of the crawls with the actual titles if possible. Would be cool to have both versions for those who prefer the original titles.

I think the shots should be flipped for dramatic effect if possible.

It builds up the line from C3P0 telling Padme that Anakin came back to the temple. We think maybe he might have a change of heart only to be reminded of his darkness.

JEDIT: I can’t remember if LOE has the shot of Anakin marching up to the temple.

V6!
Only for LOE I’m guessing?

I’m not sure where it went, but Ady released his version of the soundtrack back in The Day…

Never knew that otherwise this would not exist haha

I put this together a while back but forgot to post it, just came across it on my PC again and thought I would share.

Fingers-crossed that some of the added music stays for “ANH:R HD”! 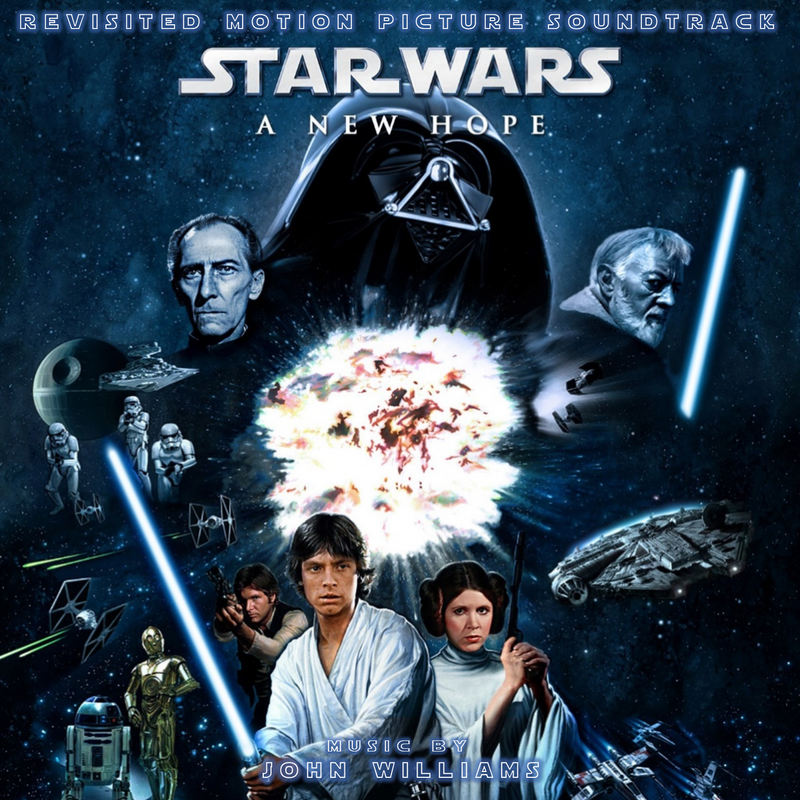 If we are to believe that Palpatine was in the plan for the ST all along. Then I guess the “Darth Sidious” name-drop in TLJ was very clever on their part.

and also Palpatine’s voice being heard in TFA as well.

Furthermore, in the throne room scene in TLJ Snoke refers to the Resistance as the Rebels. “I did not expect Skywalker to to be so wise. We will give him and the Jedi Order the death he desires. After the Rebels are gone we will go to the planet and obliterate the entire island.”

Adds fuel to the Snoke being a Palpatine-vessel theory.

If we are to believe that Palpatine was in the plan for the ST all along. Then I guess the “Darth Sidious” name-drop in TLJ was very clever on their part.