I love the idea of turning Pasaana into Jedha, I hope someone can eventually turn the opening establishing shot into something like this mockup I did: 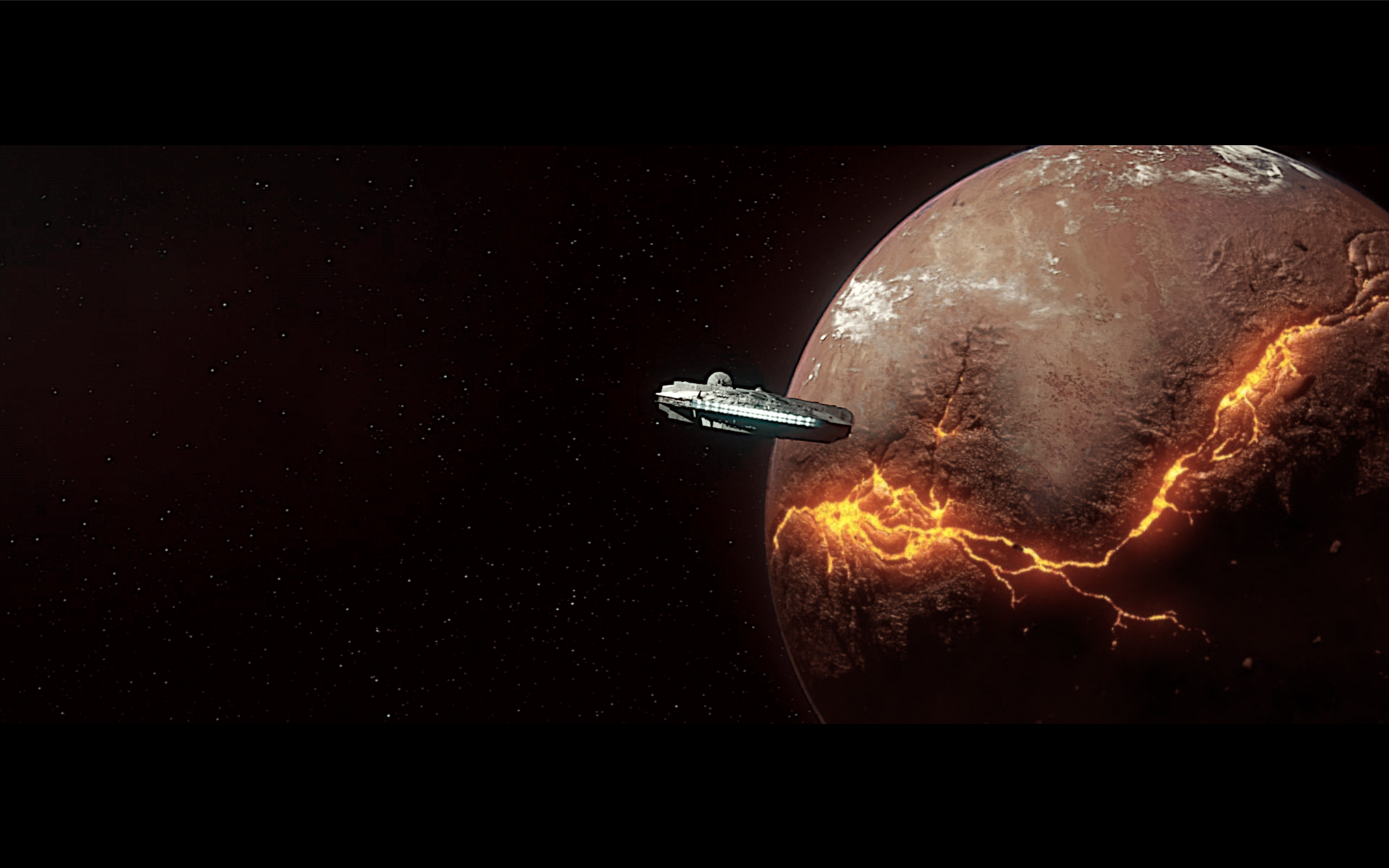 I mean, if she doesn’t want to, that’s fine.
But Snooker, if you ever change your mind about leaving, you’ll be welcomed back with open arms.

Add the opening red and blue ‘helmet’ intro sequence from Disney+ SW shows between the ALTAIAGFFA card and the opening crawl of all saga films.

Ugh… I really hate that intro, gives me Marvel vibes.

While on the subject, let me ask: would anyone like to remove Yavin IV from the SE shot of the rebel force heading to the Death Star?

Seeing as to how much that issue has been discussed lately since doubleofive brought it up, I’m willing to bet Adywan is gonna want to tackle it in ANH Revisited eventually.

Raiders is best. Temple is weakened by ethnocentric BS and making it a prequel (yeah, totally doesn’t feel/work like one). Crusade is good, though the reuse of Nazis and another Judeo-Christian McGuffin is disappointing. Kingdom is a fever dream I dimly recall.

Marquand as a director is a lot like Gareth Edwards. Good with action and special effects, lackluster on characters. Return of the Jedi has that aspect to it that I don’t think would have been there without him.

I actually believe the situation is quite the opposite. If I recall correctly, the ‘Empire of Dreams’ documentary makes a point in saying that Marquand was particularly bothered when having to shoot things that required mostly post-production work to fill in the gaps. He found it difficult to imagine the sets and locations with all the effects added. Also, I remember the actors and other crew being interviewed and saying that he liked to focus on character driven drama and dialogue, as he had a background in acting himself. I’m probably wrong, but this is what I remember taking away when I watched it. I never really knew too much about him beforehand. 😕

I’m gonna guess Adywan is happy to see the Knobby White Spiders brought to live action, even though he beat them to it. 😉 Here’s an idea: replace Scabior with Barty Crouch Jr… Just deepfake David Tennant’s face over Nick Moran’s and voila! Doesn’t change much, I know, but it could help tie the films together.

You overestimate current deepfake technology.
Not to mention that the two characters are vastly different in terms of the roles they play and their rankings amongst the death eaters. They also sound nothing alike.

Is this entire thread a joke? lol

That was my initial thought upon its creation.

This isn’t the thread for this discussion, but it’s worth pointing out that JJ is on record as having said that the Darth Plagueis scene is his favourite scene in the prequels. So he’s definitely aware of the whole “Sith don’t have life after death” debate. 😉

Don’t, it’s by some Neo-Nazi idiot I know about. I remember his Steven Universe review decayed into a deranged anti-Semitic rant halfway though, so I would probably avoid him.

Yeah, a quick scroll through his previous videos should tell you everything you need to know.

I wonder if any filled out ones survive?

I would kill to see what people wrote in those… Especially under parts of the plot they found confusing! 😄 Also, notice how ‘lightsaber’ is written as two words?

Thanks for your reply!
I’m glad to see someone with such a keen eye take interest! 👍

The small jump cuts are actually something that are intentionally added when the effect is used in the other films, I wanted my shots to feel authentic, so I attempted (quite poorly I might add) to recreate them. But I completely agree about the second shot, the changes to Harry are still too noticeable so I will try to address it! 😃 Thanks so much for the input!

So I was always bothered by the lack of consistency with the apparition effects across films. By that I mean between when Dobby apparates in Year 2 and when everybody else does from Year 6 onwards. So I attempted to replaces the ‘fairy dust’ effect with the new style of apparition:

PM me for a link!

(If I make any changes I’ll let everybody know!)

US President Donald Trump says he and his wife Melania Trump have tested positive for COVID-19.

I adore Fargo.
(the film and TV show)

Im a bit late to the party so I dont know if this has been suggested already.
Could we put this short shot from the ILM video just before the close up shot of the falcon?
I think it helps show how massive the fleet is.
https://youtu.be/Z9d1bkRC0Hs?t=177

With the unrendered VFX? Maybe not.