The only exception being Watto kind of being super antisemitic, but I kind of think fixing that is well beyond the scope of modern fanediting.

You can at least remove his accent by redubbing him.

You mean the Daleks? They aren’t robots.

I’ve only seen people pointing out how wrong it is to blame asians, and haven’t seen anyone blame asians. Like antivaxxers, they come off as strawmen from my perspective.

What have people come up with as dialog to overlay with Kylo’s communion with Vader? I know people had looked into adding voices to tie into the “every voice in your head” stuff Palpatine talks about. What came of that?

I had the Grievous one as a kid. 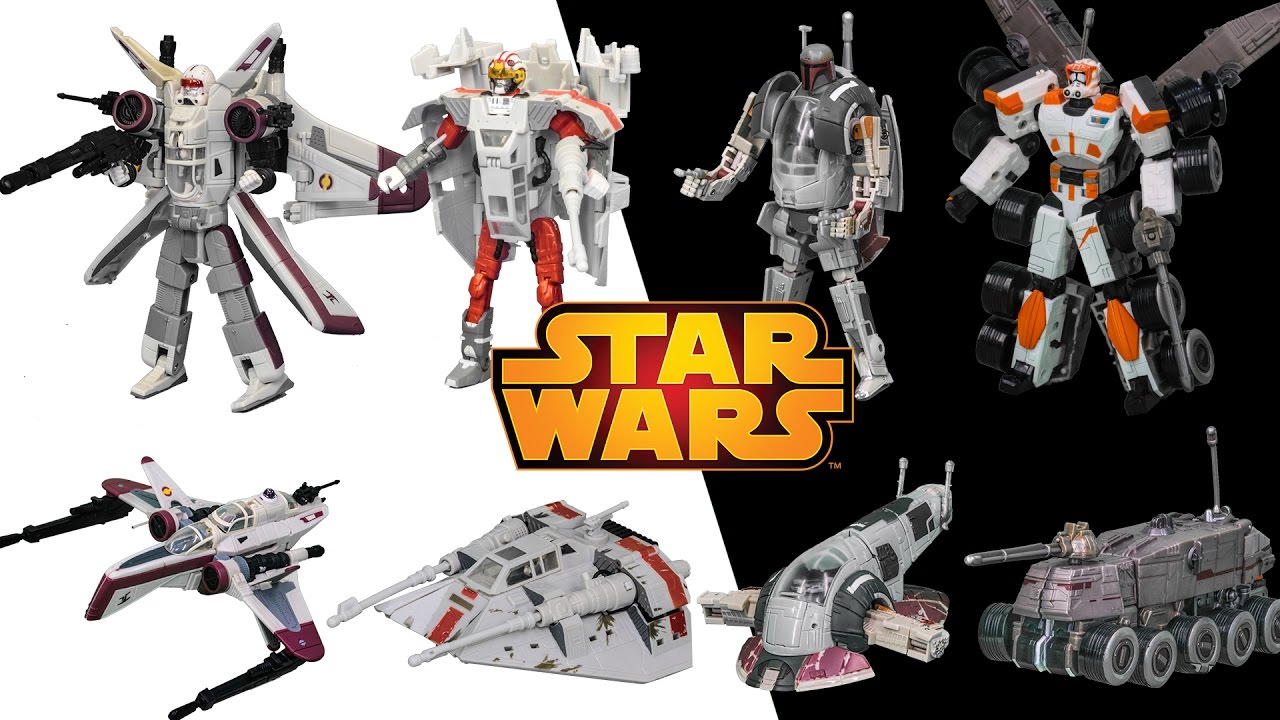 You know how Rule 34 works, right?

Instead it’s the Eleventh Doctor who bursts onto the scene.with his iconic theme I Am the Doctor. It’s a lavish corridor with bright red tapestry walls covered in paintings, including a massive one near us. My mom is dismayed and asks if he’s been rehabilitated. The two of us lead grandma down the endless hallways filled with clutter. Mom worries that she’ll notice the absurdly long corridor and think it’s a secret passage or something. Eventually, I ponder the logistics of the invisible columns after nearly choking to death on the contents of one. I figure that can’t be possible and that they merely conceal objects within themselves and are not solid themselves and that such furniture would be too big to choke on.

But now in the study hall the twins are at the table doing some goofy stuff that makes me go “see this is why I didn’t get with them” (which is unequivocally false) and float up to the frame of the window to other study hall (we’re in the middle on of three). One of them asks about the one on the other side of the window and I say that I headcanon it doesn’t exist, but now I’m there, the bell rings, and I see a stairway leading up to a series of doors to the outside. I can see the daylight shining through. Who knew I was so close?

I walk up the stairs into a wide open room with an absurdly high sealing and a stained glasses window, which I promptly fly up to and through into the outside of the school. There’s a cement ceiling and columns everywhere. Just outside that I see the cage where the people are playing what a handwritten sign describes as the controversial sport of chickenball. Last time they were playing just with raw chickens that you might see at the grocery store. This time the “chickens” were massive live birds akin to ostriches or emus but completely featherless like the raw chickens of before. They were flinging and throwing them with such absurd force that the impact was deadly. I struggle to make my way past them to the parking lot trying not to get hit and die as they were thrown in my general direction.

I reach the other side where a teacher guides me to safety (a relatively old woman). I gaze past her to the poor person who’s been crushed by a bus and their head that exploded onto the asphalt in the most gruesome way. I try to leave before I get crushed by the many moving school buses but the teacher won’t let me leave. I ask if I could just go around the school over to the football and she says I can’t because I’m being arrested. I protest that I’m innocent but know that technically I am at the scene of the crime (deadly ostrich tossing) so I guess I’m a suspect.

Now I’m in the colorful waiting room of the police academy (looks like an establishment for children, really, whatnot), along with a slew of other suspects from the incident. After a while I get sick of waiting and decide to leave, since the police clearly don’t value my time. As I walk through the door an older criminal passes me by. Then the suspects on the other side of the room see a door and point out the green walls on the other side and how that must be the green area we were supposed to go to, so I come back through the lobby to there and continue down the schoollike hall past the colorfully uniformed teenage police cadets.

World War II was a lot more interesting than World War I. The three way war between the fascist, the communists, and the Allies made for really compelling drama.

Indiana Jones and the Island of the Dinosaurs

It’s Jurassic Park III with old Harrison Ford deepfaked over Sam Neil, his voiced dubbed by an impressionist, and his hat rotoscoped to be brown. Modern technology is toned down as much as possible to make it plausibly seem like the 50s or 60s. This unfortunately means cutting the satellite phone plot. Billy Brennan is now Dr. Jones’s paleontological advisor, since Jones himself obviously can’t fulfill that role.

Certain musical cues are replaced with the iconic Indy theme, but the rest can remain largely intact, as Don Davis masterfully imitated Williams’s signature style. The Jurassic Park theme should probably go, given its close association with the source material.

The island is reframed as a classical lost world that is typical of the Indy series’s genre of origin. Not sure what to do with all the manmade stuff, though. Prior expedition? Soviet research colony? You can’t remove it altogether as it’s in every other scene, including the unskippable runway sequence. The other question is why Jones would be dragged along in the first place.

While we’re at it, here’s Fat Herobrine.

Imagine seeing this in 2008 with no context.

I love making random lists in spreadsheets. It just gets me going for some reason. Is there a way to get paid for that? Sorting things subjectively?

Replace all of Williams’ music with Undertale music. Why Undertale? Because I saw a video once that did that and it was just incredible how inappropriate it felt.

That opens a whole new can of worms for the worst edit thread. Hell, have Holdo talk about a sick triceratops.

I wish we’d at least get new footage or screenshots or something.

Dub Snoke with the voice of an old woman to further distinguish him her from Palpatine. They actually considered making Snoke a woman when making TFA. Does anyone ever refer to Snoke with male pronouns? Those would have to be fixed.

I interpreted the white eyes as Palps having gone blind because that’s how badly his body’s deteriorated.

I want them to delay it as long as it takes to deliver a finished, enjoyable game.

Thank you for bringing this to my attention. Saving it to my playlist. Also, I do see potential in the rendition of Hedwig’s Theme for my Potter edits. The violin would feel a little less out of place there. In Star Wars, violin should probably be kept to a minimum. It feels hearing it lead like this. But we’ll see, if someone wants to make a mockup. The tracks do a have standard Williams orchestra backing it up, so it’s not completely strange. Hearing such intense Williams violin does remind me of Schindler’s List.

You know my Aussie friend told me the magpies go for the eyes.

Haha we have a bit of a joke on this forum’s Discord that there seems to be an unusual amount of Aussies active on the server. Nice to find another one here.

At this point I’m tempted to start assuming everyone here’s Australian by default.