Huh. I never thought of it that way.

I just hope he has the white eyes. From what I can tell he sorta half has them.

I’m reading a play by some guy on Discord. It’s really good and I’ve told him I’d like to make a movie out of it. He says it needs rewrites first.

I am reading this: 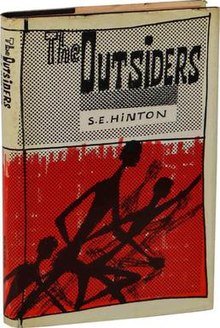 Hey, look. The current guy just made the Doctor an immortal being from whom his entire people got regeneration from. You can do anything. Just know that when you leave someone might go “yeah, that never happened”. Look what happened to the Doctor being half-human.

And by the way I agree wholeheartedly with him being a human from the future because that’s I believe Timelords are. Your starfish alien take is interesting too, though.

Reveal at the end of a ANH that Tarkin was Han’s uncle all along.

Yeah, I was planning to do that too. Have them in place of BB-8 in that final scene.

Kinda makes me wonder if they could be in the first shot of TPM, but I guess not since they don’t show up 'till much later.

The Life and Times of Hickary Finch is coming along well script wise. I hope to start casting and shooting as soon as Coronavirus blows over.

Doctor Who (2005) - I am very much biased, since I grew up watching classic Doctor Who (which is far from perfect), but I’ve never really been a fan of the new series (really, it almost ruined David Tennant for me). I didn’t like how the writers emphasized their hero-worship of the time-traveling Doctor, I didn’t like how most of the (female) companions were just meant to be kissed by the Doctor, I didn’t like how the seasons/series endings were just taking one (type of) bad guy and making them bigger or more in numbers, I didn’t like how the Doctor turned from a grandfatherly character into that one friend/brother who keeps on giving speeches and never shuts up, etc., etc., etc. That being said, I do like some episodes on their own, and I gave a shot at it, the story and characters would probably be much different (and probably not as marketable to the young, female demographic as the actual show it) which try to mix the best of both the classic and the reboot while bridging the two in a more cohesive way. The Doctor himself would be given an air of mystery by simply avoiding a lot of the “questions” that certain writers tease to answer only to never to.

The great thing about Doctor Who is you never need to reboot it. If you have a different vision for it you just layer it on top of what’s already there. I actually have some really in-depth plans for how I’d handle the series, by which I mainly mean a random collection of ideas. Basically, I’d have the Doctor travelled with a woman from the past and a man from the future. The woman enjoys it but the man just wants to get home. He changes his mind, however, when they end up stranded on a planet without the Doctor or the Tardis to translate each other’s languages, leaving them to communicate non-verbally and eventually fall in love. Then the Doctor comes back and they continue on their merry way. Oh and there’d be lots of references to Keys of Marinus, with Voord as the main villains (come on, we need a break from the same three villains all the time).

Next era has the Doctor travelling with several consecutive generations of a single family. He encounters several other renegade Timelords. The Monk is masquerading as a man named “Rasputin”, the Master frames the Doctor via Twitter scandal, a commentary on how trigger-happy our culture has become in turning against public figures, and there’s also the Rani and a new renegade called the Warrior. Eventually, the Doctor and crew realize there is an ancient evil imprisoned deep within the Tardis. It escapes, and the Doctor enlists the help of the above mentioned renegades to take out this cosmic god.

There’d be an era where the Doctor’s a teacher at Coal Hill, and his companions are a few of his students who discover his identity. And another one where he’s stranded on a medieval fantasy world fighting the forces of Fenric.

Oh and in terms of casting, most of it is up in the air, but one person I definitely have in mind for an incarnation of the Doctor is Brian David Gilbert. Yes, he’s American, no he isn’t an actor, but I think with the right rudimentary training he’d be perfect for the part. Of course the BBC would never allow it, but they’d never allow non-contemporary companions either, so who cares.

All that does is undo the ST’s partial rectifying of the OT’s inconsistent color theming. In other words, blue is a good guy color. I doubt I’d have made the hyperspace connection without you explicitly stating it.

Any footage of TPM Dooku in action? Especially the conversation with the queen.

Why can’t she just have innate Force powers? Her usage of the Force never felt like a mystery to be solved to me. It’s just protagonist business.

New video on the ST by Uniquenameosaurus. Certainly an interesting watch. More applicable to rewrites than edits, but who knows, maybe this’ll stir an idea in someone.

Include YouTube style video ending with endcards at the end of each film.

Have Luke explain he doesn’t want to train Rey because mentors have outlandish insurance rates (for hopefully obvious reasons).

^ That’s fair. Rowling is sitting a pile of wasted potential with the Wizarding World.

Bionicle - In the time before time (aka 2000/2001), LEGO released it own original IP that told. It told a tale of six heroes washing ashore a golden beach, each a biomechanical being wearing masks of power and wielding a specific element (fire, air, water, earth, stone, and ice). Their mission: protect the island’s inhabitants from the evil Makuta and awaken Makuta’s brother, the wise Mata-Nui, from his slumber. A simple story, it grew and spanned over ten years, with each year related to the heroes whose stories were being told. The story ended up being of such titanic portions(quite literally) that Bionicle had a special place for me and a few other (to get more info, I’d suggest to look at the YouTube link below). That being said, MAN did it get convoluted near the end. Not just story but the medium too. Bionicle was told in comics, books, games, and even movies, but all of them didn’t necessarily fit with each other 100%. Not to mention how much terminology was thrown out there by the end of its first run in 2010 it almost got confusing to some people. That being said, if I was ever get to Bionicle, the story would more or less be the same but everything would be more streamlined into a series of novels/movies/tv episodes so it can be more understandable and accessible to old fans and newcomers (something that the short-lived reboot failed to do).

Well wouldn’t you know it, I’ve been brainstorming a Bionicle reboot that basically streamlines the original story. I hope to make the terminology easier to follow, among other things. Planning to actually make it happen as a stop-motion film series. I’ve always wanted to shoot Lego stop-motion on location, so this’ll give me the chance to do that. I’ll need to acquire the sets though, as I was too young to have grown up with the series prior to Glatorian, and thus own little of it from that time. I’m thinking of using a single Toa team for the entire Aqua Magna portion of the story. I’m trying to reduce the character count overall. The series was made to sell action figures, so unsurprisingly there’s an insane amount of characters. Probably not cutting any Glatorian characters, though, since there weren’t that many, and it made sense for that setting to have a lot of them. In fact, maybe I’ll move some popular character axed from earlier sections to there. I’ll also look into incorporating G2 elements if there’s room for them, but my priority is staying true to G1. I want to give it better closure though, taking cues from what we know of the original ending before it was cut short. Not sure what to do with Bota Magna, though. Aqua and Bara Magna each have their own cast, so I figure I should have a new cast there too, but what’s the setting like (besides jungle, obviously)? Are there six heroes like the Toa? Or a vast array of warriors for hire like the Glatorians? I feel it should be neither of those two, but I can’t think what.

Something I would love to see is Leia’s sabre replaced with Luke’s green sabre. I felt Leia’s training was shoehorned into the movie and the reason why she stopped her training made little sense. If Rey faces off against the Emperor with the weapons of Anakin and Luke it ties in better to the saga as a whole.

Thanks for reminding me. It can’t be Leia’s saber in my cut because Leia isn’t a Jedi in my cut.

I see what you did there, Dominic.

Oh please. A powerful Jedi like him should have no problem leaping over that chasm.

It’s painfully obvious it was added because of the jarringly different musical style. I’d just use Across the Stars.

Limiting it to the same plot is really boring. This should be about how different the plot would be.

I don’t understand your ranking. Why do you skip 1-10, and is a higher number better or worse?

When Rey buries the lightsabers, she unearths the cloth-wrapped body (mummy?) of Shmi.