Would rather wait for a 35mm film scan in 4K of TESB 1997 Special Edition compared to whatever this is.

You do that. Back in the mid-00’s this was as close as was possible to get.

Yup. The 35mm scan is looking mighty fine too compared to this outdated project from the mid-2000s.

Would rather wait for a 35mm film scan in 4K of TESB 1997 Special Edition compared to whatever this is.

No. DNR can go suck a fuck.

The Editdroid was near professional quality. The bonus discs were excellent.

Wonder if anyone has hoarded any of those at all, even possibly uploaded any anywhere.

Can I have the link for the audio? 😁

This movie is one of the unintentional comedies ever made. Especially the second half where the one guy hits the propeller. BWONGGGGGGGGGGGGGG.
Nice, but not interested in this project. Unless if there are custom trailers which mixes this movie as a horror or comedy.

AdmiralWasabi10191 said:
This forum doesn’t have a search function when it should. So no, I don’t know which post to go to.
I AM SCARED! SO LOST! HELP ME FIND WHICH ONE IT IS!

Well, fuck. Amusing I was the last one posting there asking about updates in 2022.

Sorry if this has been brought up before, trying to find stuff in the 680 pages is difficult…

Lost a hard drive recently so I just redownloaded all the despecialized editions. Trying to save some space for now so I’m stripping out audio files I don’t care about, but the audio tracks don’t match up with the list here. For example, instead of track one being 5.1 and track two being stereo, both track one and two are showing as 5.1…

I don’t have a surround sound setup to see if this is just a weird mislabel/misreading from the software. Can anybody confirm what the audio tracks actually are?

Used to watch these two quite often back in the day on VHS. Then had the flipper DVD, DVD10 I believe, with each movie on one side. Recently was able to come across the D+ versions and it’s nice 1080p even though the compression was “weird”. Would have been better if it were 4K, but what can you do with “LEGENDS” material in live-action? Honestly wish these two movies were on 4K+BD and all needs to be done is have a LEGENDS banner.

So glad I only care about the BD25 Documentary discs and not the Despecialized Editions. 4K77, 4K80, and 4K83 is vastly superior since, OH SHIT, 35mm film scan instead of only DISCS and barely anything else. I’m not going to waste a BD50 on this, no siree.
Thank fuck this has subtitles though.

35mm scan of the Theatrical Cut in 1080p or 4K would be nice. No need for upscaling.

35mm scan project for both 1080p and 4K would be better than any upscaling effort.

Good. I’d rather a 35mm scan compared to an obsolete upscale.

You posted the same comment (at least) three times now. I get it, you want 35mm. You know what post to go to for that.

This forum doesn’t have a search function when it should. So no, I don’t know which post to go to.
I AM SCARED! SO LOST! HELP ME FIND WHICH ONE IT IS!

Do you know someone with a print?

Check eBay, not me. Be wary of shady as fuck sellers, of course.

WHAT ABOUT, a 35mm film scan instead of upconversions?

If I remember correctly, at the time the GOUT was released it was agreed that there was very little virtue in LaserDisc conversions because the GOUT was the best presentation of that master on video. There was Project XO which was canceled shortly after, which at the time was attempting to mine as much detail as possible from the LaserDiscs by using the best LaserDisc player in the world and doing fancy things to squeeze every drop out of it. With the GOUT, that put an end to all such things.

That said, I also recall the EditDroid version being regarded highly. As far as bonus material, there’d be some LaserDisc-specific content to compile, sure.

Yup. I have no idea if it’d be even worth it to make preservations of specifically the 1989/1990, 1993, and 1995 Laserdiscs to DVD at all because of the 2006 Limited Edition DVDs aka “GOUT”. Even though it could be different, possibly with better bitrate and compression? Not sure but I do have the LD bonus features of those three which someone else made onto DVDs.
No clue if I ought to wait for someone to scan 35mm prints, maybe someone already did, of the 1997 Special Editions. If someone already has those bonus features from the Special Edition Laserdiscs to DVD, then that’s already done and done.
I remember Project X0 but it still should have happened with the specific Laserdiscs to DVD. No heavy clean-up, just MPEG2 onto dual layered DVDs.

Paramount will probably release a 4k eventually. Likely a dnr mess but u never know. They did a fine job with ferris bueller 4k .

Speaking of ng3 that’s the only one that hasn’t got a laserdisc treatment yet .

I beg to differ.

I would hope not.

Paramount will probably release a 4k eventually. Likely a dnr mess but u never know. They did a fine job with ferris bueller 4k .

Speaking of ng3 that’s the only one that hasn’t got a laserdisc treatment yet .

Are you saying you’d be willing to update the naked gun trilogy if you could find way to gain access to the film prints etc.?

BIG PASS FROM ME. Kill your cruise control.

Absolutely fucking loved this STAR WARS show and can’t wait for Season 2. Finished the series one day after the last episode was originally on. Usually will wait to watch a few STAR WARS episodes in one go but this is one of them I was watching weekly. Glorious 4K HDR and it fits right in with the OT and of course ROGUE ONE. Glad this was 12 episodes instead of 6.

Be sure to look in the comments. That site doesn’t have a comparison for ATTACK OF THE CLONES regarding the differences from Theatrical to DVD, and 2011 Blu-ray disc to 2019/2020 Disney+/4K UHD.

Hoping this thread would have comparisons to the 2019/2020 Disney+/4K UHD releases.

THE EMPIRE STRIKES BACK
https://www.movie-censorship.com/report.php?ID=2005824

RETURN OF THE JEDI
https://www.movie-censorship.com/report.php?ID=17858

Copy pasted with only Theatrical and Special Edition comparisons left. From https://originaltrilogy.com/topic/An-Index-Help-Thread-for-Theatrical-Cuts-vs-Subsequent-Releases/id/57572/page/1#1519369

Be sure to look in the comments. That site doesn’t have a comparison for ATTACK OF THE CLONES regarding the differences from Theatrical to DVD, and 2011 Blu-ray disc to 2019/2020 Disney+/4K UHD.

This thread is BRILLIANT!

I’m looking into expanding my home video collection of SW by including the DVD/Blu-rays, but first, I have a few questions about them, so there’s no confusion when purchasing them. 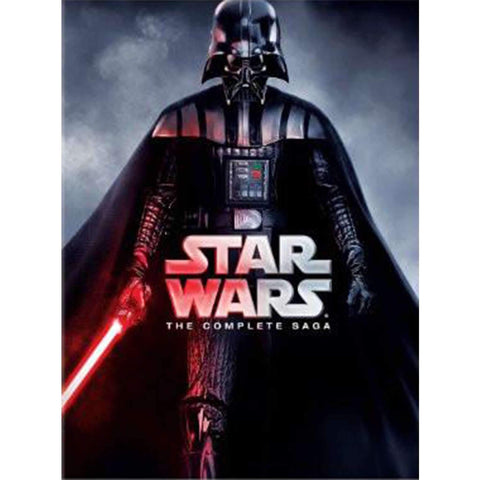 What’s the difference between the two release-wise?

To make it easier the only differences are the packaging. The discs are completely the same. First one released in 2011 is the Digisleeve, and the 2015, still 20th Century FOX, is a slipbox with the discs housed in a 9-Disc Viva Elite case. The 2015 release is a space saver while the 2011 release would take up more room on a shelf. Both have the booklet.
I have the 2015 release of the 2011 Blu-ray disc versions. Didn’t want the initial bulky packaging even though it has beautiful production artwork for the Digisleeves. That, and the 2015 release is less expensive compared to the 2011 release.
Digisleeve is where the disc is in a sleeve or nook instead of on a hub.

Last question, does the 2020 UHD Blu-ray Box Set include these extras?

TFA
The Scavenger & the Stormtrooper: A Conversation with Daisy Ridley and John Boyega

Appears the last featurette/bonus/extra seems to be a Target Exclusive on DVD, and not entirely sure if there’s a separate release with it. I’ve absolutely no clue if the latter is in the so-called Saga set. I’ll ask a forum I’m on.

I think Editdroid was considered the gold standard back in the day for video quality + preservation of bonus features. No idea how you could get it, though. Unless you specifically want LD video quality, probably best/easiest to just go with 4K77, since that includes the LD commentaries synced up.

I don’t mind LD quality specifically for the releases I posted. Of course I have 4K77 & 4K83 whichever version number No DNR. Figured it might be fun to have high quality Laserdisc to DVD preservations, and if anyone has made any menus.
I’m repeating myself from the first post.
Haven’t even kept up with the fan preservations for STAR WARS from defunct home media in a very long time.