The 27th seems so far away for the final episode! Especially as this last one was so, so good.

if the TIE is sitting propped up on its tall solar fins, how in the world do you get in and out of the cockpit?

Top hatch and a ladder.

Great episode, really enjoyable chemistry between the characters. It was also incredible to see just a classic TIE Fighter and regular scout troopers on speeder bikes for the first time since ROTJ in live action, nothing can beat the original designs. (Although the wing thing was a little weird…) Gina is a great addition to SW, love her! Can’t wait for the finale. 8 episodes is just too little.

From what I understand the standard tie was designed to only land in hanger bay racks so to stop troops deserting but in Moff Gideons case he has a modified tie able to land and take off without a hanger bay.

Having said that it seems tie fighters maybe able to land after all if you keep your eyes open in the future. 😉

I mean, really they were just designed to look cool.
Everything else is up to you.

But 1980!Luke had a bulky metal ladder somehow on Dagobah…

But 1980!Luke had a bulky metal ladder somehow on Dagobah…

Sure, I was talking TIEs.
But it’s easy to believe that there’s a small compartment that the ladder slides into. That exists in our world, why is it impossible for Star Wars?
I’ll admit that the design coulda’ been better, but it’s not hard to believe that it’s collapsible and storable.

Wow, strongest episode yet! Some nice developments in the music, too.

Speaking of which, I just learned that an old high school buddy of mine is playing percussion in the music.

Finally saw Chapter 7! Loved it! Best one since chapter 3!

Episode 7 was a nice change of pace that finally reinvigorated a sense of a cliffhanger that makes you feel eager to see the next episode. I’ve not had much issue with any of the episodes of before, but I was getting slightly worried that it was just adventure of the week. I personally have a taste that prefers an overarching plot, though I understand how it can burn out viewers.
However, I think this episode did a wonderful job bringing it all together. Seems obvious in hindsight, but yeah, if the main guy of the Old Empire isn’t taken out, the Mandolorian and the Child will always be on the run. Thus all the previous episodes was just surviving and stalling, for a good reason. Plus it was just satisfying to see characters united from the previous episodes. A bit emotional too, which is a plus, I’m glad I could feel attached to these characters. Perhaps in the season finale, the Mandolorian will fail and season 2 will be the search for the Child.

Enjoyed the last episode. And it’s now confirmed that Filoni et al are pivoting the Mandalorians back to their Legends interpretation (“not a race, a creed” or whatever), which is interesting.

Fine, fine first season. Not too hasty, taking its time, not overthinking it. A space western at its best.

I have loved every minute of this series and the finale was awesome ! Live action Deathwatch Mando’s ,and the darksaber from Clone Wars ! Ig-11 was great and I look forward to seeing where the series goes from here . I wonder if baby Yoda will end up making his way to Luke in the end . I had a thought (probably wrong ) that maybe the yadpole is a sort of reincarnation . Yoda was very much inspired by Zen Bhuddism and Eastern philosophy according to Irvin Kershner , and reincarnation factors into Bhuddism . Maybe yadpole is a reincarnated Yoda after all and the 50 year old thing is just "from a certain point of view " .If not , my other thing to speculate on is , where was he during the prequels and OT ?

Chapter 8 was pretty good but with the good parts working really well and the bad parts standing out like dogs balls.

I liked the overall plot but the way it was directed felt like it needed tightening up in a lot of places where the story just seemed to stall for ages so that certain dialogue could play out for dramatic effect while the tension built up in the previous scene made it feel like enemies should be coming down on them at any second yet minutes would pass during what instead should have been frantic exchanges with the enemy hot on their tail. Examples of this are:

Some other issues I had:

Overall though it was an enjoyable episode and a fitting season finale. Can’t wait for season 2!

About to watch this thing. Heard nothing but good things that sound truly interesting. My expectations are firmly in check though:
I’ve always hated the Mandalorians. More shrinkage. “Oh, he’s not really his own thing, there’s an entire army of Bobba Fetts!” Ugh.
But, I can accept that if there’s a good, well-told story surrounding it.
Still, can’t help but wish he wasn’t Boba Fett & was, instead, something new.

I loved watching this season - every episode. Yes, some episodes better than others, but all had something to add to the show overall.

I wonder if there will be blu ray or dvd release of Season 1? 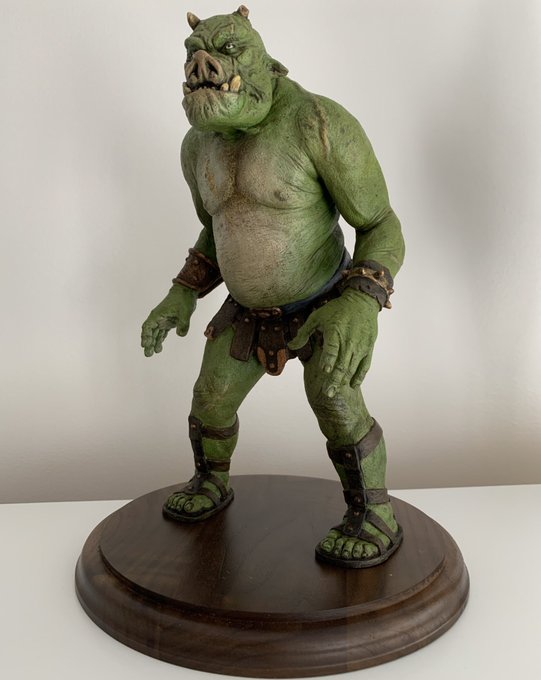 Many people have said they want to see Star Wars without Jedi, but I have to say that Star Wars where no one knows about Jedi but you have a Jedi baby and you have to ask the most knowledgeable person you know and all are knows is that there are legends of them existing… It’s pretty great. Really looking forward to Mando eventually meeting a CGI de-aged Mark Hammil at the end of the series.

Loved it loved loved it. Episode 8 as well as the entire season. This is exactly what I’ve wanted for decades. A solid story, not part of the saga. The cast is fantastic, as is the story, the dialogue, the slowed pace, the actors, and the baby. Carano was her best yet in this episode. Really digging the character. Nice touch having her from Alderaan, without making a deal of it.

They’re already through the first week for the next season. Looking forward to it. This will easily be my most anticipated show in 2020.

For Disney’s future with Star Wars, this is the way.

What a grand and intoxicating innocence. How could you be so naive? There is no escape. Come, lay down your weapons. It is not too late for my mercy.
A New Hope Technicolor Recreation (Released!)
The Force Awakens Restructured (V3 Released!) and The Starlight Project (WORKPRINT RELEASED!)

Really looking forward to Mando eventually meeting a CGI de-aged Mark Hammil at the end of the series.

I just threw up in my mouth. Anyway, I thought the finale had some contrivances that stick out and have been mentioned… Mando revealing his face to the audience for no reason in a drawn out sequence, and what’s with Mando doing a 180 on droids after the one incident of a droid saving his life? Felt too quick. There is other stuff as well, but overall, with episode 3 and 7 probably being the best ones, I quite enjoyed this.

The tv format seems to lend itself to more interesting stories and more engaging atmosphere that lets it all breathe, that is, provided they can restrain themselves from letting all the fanservice dogs out for the finale sometime. Oh and the soundtrack has been stellar!

Right and wrong is a brand

I had a totally different reaction while watching. I was glad they got that out of the way and in such a manner where it wasn’t story-altering. We know his name and what he looks like. Now we can get on with the adventure without the distracting tension of will he or won’t he with the face reveal.

He has some work ahead of him next year trying to find out where the baby came from and how to return him safely. I’m much more interested in the weekly adventures than what he looks like under his helmet. We’ve done that with Vader, Fett, and Phasma. We don’t need it here.

We have a deeper story and weekly adventures to worry about. Getting his identity out of the way early in the series (and without drama) is just another way this series distances itself from The Saga.
Let JJ do the mystery box thing. I prefer depth of story.

I thought the Mando’s face reveal was done really well. It was short, simple, and added to the story. Before the show aired I was a bit concerned that the Mando would just be a cool-looking tough guy with no personality and was pleased to see that they managed to give him a relatable personality and even a surprising range of emotions despite never showing his face. So I thought it was a nice touch to remove his helmet during such a vulnerable moment for the character. Having IG-11 remove it was also a clever way to both add to his character growth while also avoiding him breaking his creed rules.

I suppose you could look at it as getting it out of the way. I would be inclined to agree with that, although he already was “some guy”, so there was no mystery to begin with, not a real one anyway. I agree that he had to have character growth (learning to trust droids), but, as I stated, was a quick 180

Right and wrong is a brand

I suppose you could look at it as getting it out of the way. I would be inclined to agree with that, although he already was “some guy”, so there was no mystery to begin with, not a real one anyway. I agree that he had to have character growth (learning to trust droids), but, as I stated, was a quick 180

Well, if he didn’t trust droids after those sscenes then he likely never would. OTOH, maybe he just trusted that one.