Kennedy said here today that the ST will still return, at some point: https://www.empireonline.com/movies/news/kathleen-kennedy-talks-emotional-obi-wan-reunion-star-wars-sequel-characters-exclusive/

As one of the seemingly-few people on here who actually likes the ST, I hope this is true and that it happens soon. 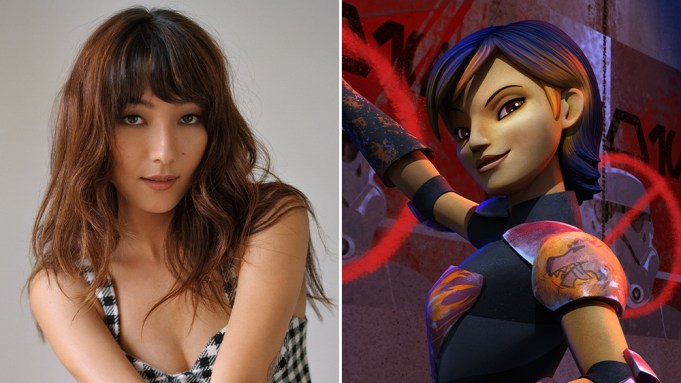 Outlets like Deadline, The Hollywood Reporter and Variety tend to be very reliable and often get information from big studio representatives themselves. Both Deadline and Variety have reported this. It looks like we have our Sabine, guys.

What are your thoughts on the casting?

This article (written by someone who worked at THR for a decade) claims that RJ’s trilogy has been shelved:

Can we take this as (finally) official confirmation that his trilogy isn’t happening?

Just did an episode about Dune on my podcast (if anyone is interested): https://open.spotify.com/episode/38xSgnOEXHRlt03gABRSG2

The High Republic film (set a couple hundred years before the Skywalker saga) is during a time when the Sith are basically a myth. The movie will apparently be small-scale and small-budget and aimed primarily at kids. A reliable source said a few years ago that Rian Johnson’s movie was gonna be “Rated-G Star Wars,” so I’m guessing this is probably his.

The Old Republic film (set thousands of years in the past) is almost around the time when the Jedi and Sith first formed and were both in their primes. It’s apparently gonna be big-budget, big-scaled and aimed more at general audiences. A reliable source said last year that Taika Waititi’s movie would deal with the origins of the Jedi in some way, so I’m guessing this is probably his.

Its also now being reported that Chloe Zhao (the woman who directed Nomadland and Eternals) will be directing Kevin Feige’s Star Wars movie (which is separate from the two projects above). Feige came up with the story idea, and Michael Waldron (who runs the Loki show) is fleshing out the script. We still don’t know anything story-wise about this one.

Patty Jenkins’s Rogue Squadron movie is “delayed indefinitely” (aka canceled) and JD Dillard’s Exegol movie hasn’t been talked about since it was first announced in 2019 so I think it’s safe to call that project dead too.

Well, the scooper who claimed this film was going to be delayed three days in advance did also say that the Xmas 2023 slot would be replaced by an Old Republic film, so I have a feeling we will still see a new theatrical star wars release in the next 25 months.

As I said today on a certain other forum:

Saw it the other day. Enjoyed it way more than I expected to! This is definitely my favorite adaptation of the story thus far. Looking forward to Part 2.

@SigmaEcho are you the same guy that used to run this blog?:

I know I’m a bit late to the game on this, but I now have a blog post about Loki up: http://henrynsilva.blogspot.com/2021/08/loki-top-5-questions-left-unanswered.html?m=1

Really enjoyed the finale of The Falcon and the Winter Soldier. Good show, overall.

Snoke is nothing but another one of Abrams’ empty mystery boxes, and Johnson saw right through it.

I’ve noticed that many of the flaws in the ST were set up by Abrams, yet I hardly ever see any criticism directed at him.

IKR? It really irritates me how people blame most of JJ’s fuckups on Rian.

Finally got around to watching TF&TWS. So far so good!

Predictions: USAgent will kick the bucket, Sam will become the new Cap, and Bucky will integrate “the white Wolf” more into his superhero persona.

Time for Falcon and Winter Soldier! Then Loki! I wish they’d give some release dates for the Star Wars series. Right now we only know when The Bad Batch is coming (May 4th). Still looking for Obi-Wan, Boba Fett, and Visions dates for this year. Everything else is later.

Boba Fett is confirmed for December and will be immediately followed by Mando Season 3, then Andor in February 2022, and then Kenobi in May 2022.

Visions will apparently happen in 2021, according to Kennedy at least, but yeah no exact release window has been given for that one yet (which is odd).

New article up (where I tackle the mcu’s supposed “villain problem”): https://henrynsilva.blogspot.com/2021/03/marvel-meanies-and-why-they-mostly-suck.html?m=1

BTW if you guys are getting tired of me putting my articles here lemme know and I’ll stop.

I’m actually glad none of my theories came true! The show is better for that 😃

(and this is the cameo Paul Bettany was talking about).

I heard that because white vision is also played by Paul Bettany, the cameo/actor he’d ‘always wanted to work with’ was actually himself.

Well, all my theories were wrong. Oh well!

Final theories before the finale airs:

I think that blonde chick Dottie is really Arcana Jones (another witch from the comics). I think “Ralph” doesn’t really exist and was just a red herring. I think Evan Peters is really the X-men quicksilver (I don’t think they’d tease us by having him NOT really be him). I don’t think the aerospace engineer Monica talked about will be anyone special. I think vision and the kids will both survive. Lastly, I think the person in witness protection that Jimmy Woo was talking about is Dick Van Dyke (and this is the cameo Paul Bettany was talking about).

if anyone is interested, I just published an article summarizing my thoughts on the current Superman movie reboot situation: https://henrynsilva.blogspot.com/2021/03/man-of-reboots.html?m=1

I suppose this could be considered an “unpopular opinion,” cause I’m fine with them getting rid of Cavill.

Probably some kinda remake of The Thrawn Trilogy.

JJ completely kneecapped Rian before Rian could even shout action.

We never saw a movie in canon take place immediately after the previous.

In star wars it has always been easy to make a character grow simply by letting time pass offscreen. Rian couldn’t do that, & while it would have been great to see atleast a year pass like Hal mentioned in his commentary so the change in atmosphere & things could have felt a little easier to accept.

I am happy with TROS (Hal’s edit remedies alot of my initial issues) it is literally this generations Return of the Jedi, and when you look at the movies from a production stand point they are very similar, so i am okay, kids will grow up and look at it as their ROTJ and that’s nice… but there is a part of me that wishes JJ would give the audience the middle finger and subvert the formula.

JJ has never made something that makes the audience think past the surface, and star wars doesn’t need to be so deep at times, but i would have killed to see something that made me feel different with each viewing.

For some reason I didn’t see this post before so I just wanted to come back here and say that these are my thoughts exactly!

For anyone who is interested, I wrote an article analyzing the retcons shown in episode 8 of WandaVision (and compared it to ESB): https://henrynsilva.blogspot.com/2021/03/regarding-retcons-and-when-they-can-be.html?m=1

I just wish it were more confident in itself.

I’m not a huge fan of how they had to take an entire third of the show out to hit us over the head with Outside The Hex exposition from [lame] characters spouting faux-science at computer monitors. It’s just relatively uninteresting. Monica Rambeau and her team are the typical weak, generic blockbuster stuff that I could do without.

We should have stayed exclusively with the sitcom stuff and slowly discovered what was off through Vision. How it all came to be didn’t even have to be as convoluted or fleshed out as it ended up being, especially when the important parts of it are really just Wanda’s emotions and psyche.

I commend that they even did something like this in the first place, but those ambitions are held back by trying to cater to all attention spans. This could have been really good, and not just mildly interesting.

I agree that the sitcom stuff is more interesting than the SWORD stuff and should’ve remained as the main focus of the show.

Oh, I could see that. I guess they might reveal more later.

Also, one other nitpick I have is that Latin spells are always kind of cringey…it’s such boring Latin too. Nothing happens when I say stuff like “It is changed into a bird” in Latin.