Oh wow! I love this film.
Will you be doing the deleted scenes as well?
The scene in the Burger King drive thru is one of my favorite things.

Just continuing to cheer this project on.
Also happy to see other Devo-tees around here!

Oh yeah, that could be removed. I didn’t really know it was an error. I just thought it was intentional, like “Boba fett…? Boba fett!? Where!”

You’re right. That’s what it’s supposed to be.
It’s not an accident or an error, but it is the same line repeated twice & a great candidate for a fix up.

The Zelda Oracle games are underrated, and among the best games of the franchise.

Han shooting second makes him less like a cowboy. In a classic western shoot out, the villain generally draws first. Greedo drew first, and was holding him at gunpoint throughout the scene. In a western, if the villain shoots first, the hero gets shot. The villain draws first, so the hero has to react and draw faster to beat the villain to the trigger.

Right! It’s like George forgot what kind of scene he set up.

Greedo made it very clear he intended to kill Han at that moment, so Han took his opportunity to shoot first.

Another right! Han didn’t kill Greedo “In cold blood”, as George likes to say, he was clearly defending himself. Again, it’s like George forgot what was happening here.

As for Luke, I fully expect a revision that works on the animation. What we have now was done quickly right after the episode premiered. It’ll get further tweaks. This is par the course.
The face already looks much better and…

It definitely looks a bit better but I feel like the effect was already pretty damn good in Rogue One.

Arent we all on the quest for the perfect edits? even if its just a “little bit” better? hehe 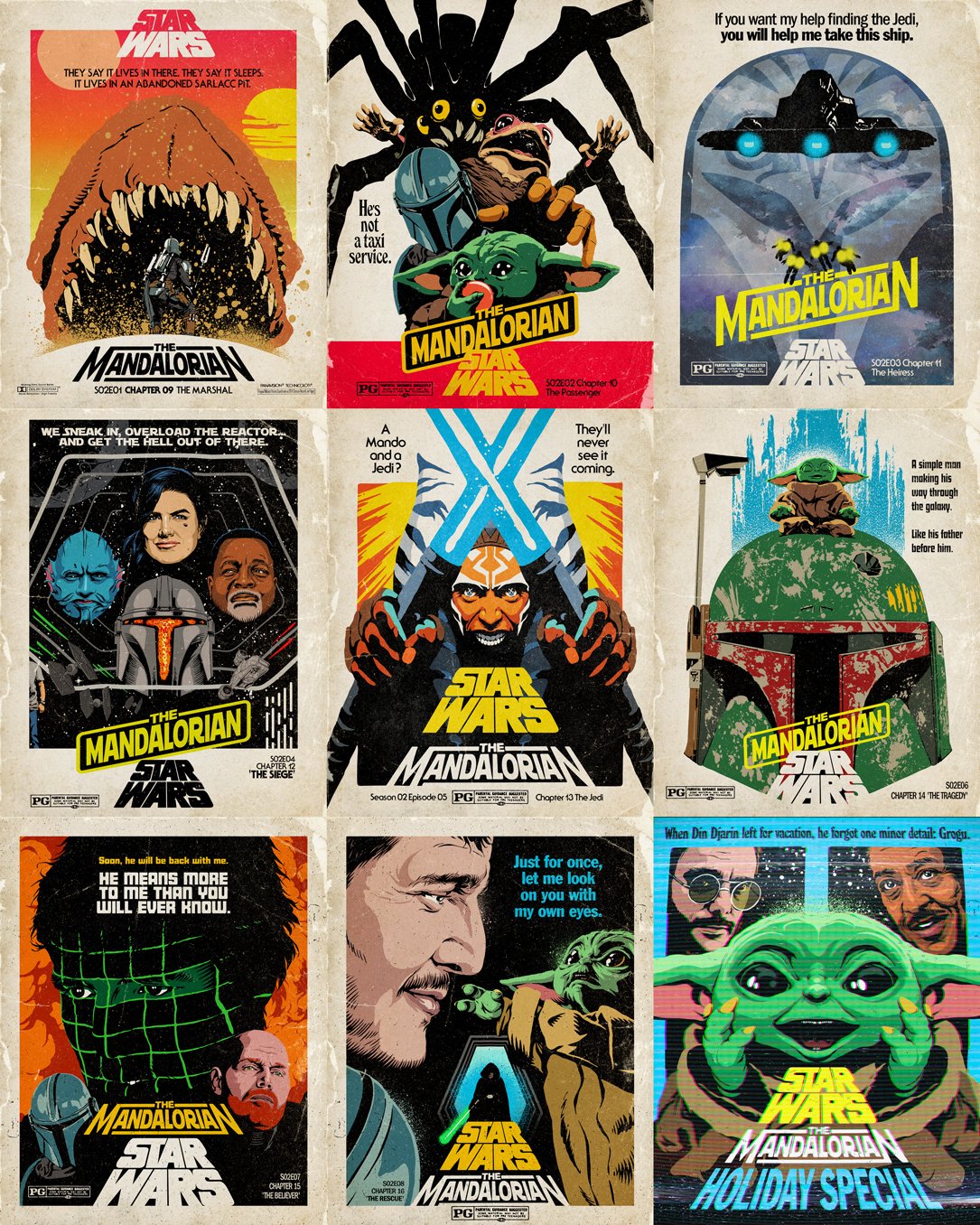 Like I said, I wish it had been done differently, but it’s the logical conclusion that Luke would be the one to take Grogu.

Ah yes butcher billy. His other posters for season 2 are good as well

All of his body of work is amazing. A great artist.

Oh, I get the excitement. “Here he comes!” “They did it!” ect.
But I’m reading reviews that seem to think Luke came outta nowhere & was out of place.
That’s what I don’t understand. I don’t think it was overly telegraphed that it’d be Luke, but if you know the OT, it’s just the logical conclusion. It’s organic to the world at this point in the timeline.

Just a question:
Why was Luke showing up such a surprise to everyone?
As soon as Din took the mission to bring Grogu to a Jedi, I knew it had to be Luke.
I don’t watch the other shows or whatever, so I’m not familiar with those characters who may be around in this timeline, but at the end of RotJ, Luke is the Jedi who’s around. So, it seemed to me we were leading up to him the whole season.
I’ve seen some reviews say that “it felt like it came out of nowhere.” I very much disagree with that.
I wish it had been done better, but that’s another topic…

No offence meant at all Duracell, but for a Star Wars fan it sounds like you really hate most of Star Wars!

That’s me. *shrug
I love the theatrical OT & Ady’s Revisited. The radio dramas are great. Mando S1&2 were pretty good.

This is still my most highly anticipated project.
Take your time!

If anybody needs this, PM me. I’ll have it available for awhile again.
Update- I’m closed.

It’s not saying lightsaber combat is better then the Force.

Or do you just want to ignore that to fit your narrative?

The practical model is 3D printed from a computer file, shot with a digital camera on a computerized rig…

…so what? It’s a physical object being filmed, that’s the point.

So when Yoda and Dooku pulled out their swords to go at it, this implied that swords still held some importance as to the winner of the fight.

Dooku outright says “It is obvious that this contest can not be decided by our knowledge of the Force, but by our skills with a lightsaber.” At the risk of being really hyperbolic… can you get any more antithetical to the core concepts of Star Wars itself?

Big This.
That line puts the mystical force aside for glowsticks.
Maybe the most telling line in the PT?

TFA. The entire movie was one big “called it”.

Yoda can learn that “Wars not make one great” without having jumped around like a frog with a glowstick during said War.

Dazed and Confused is a shit song.

This isn’t just an unpopular opinion, it’s also a shit take made by someone who knows nothing about music.

I watched… 4K Blu-ray recently and… It was great to have a clean-up version of the film. 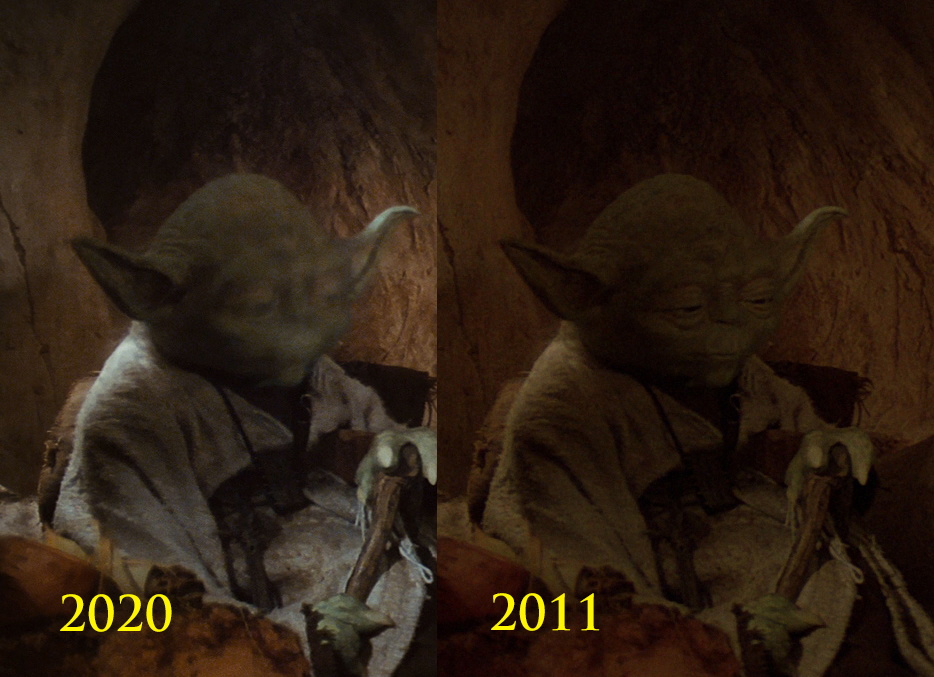 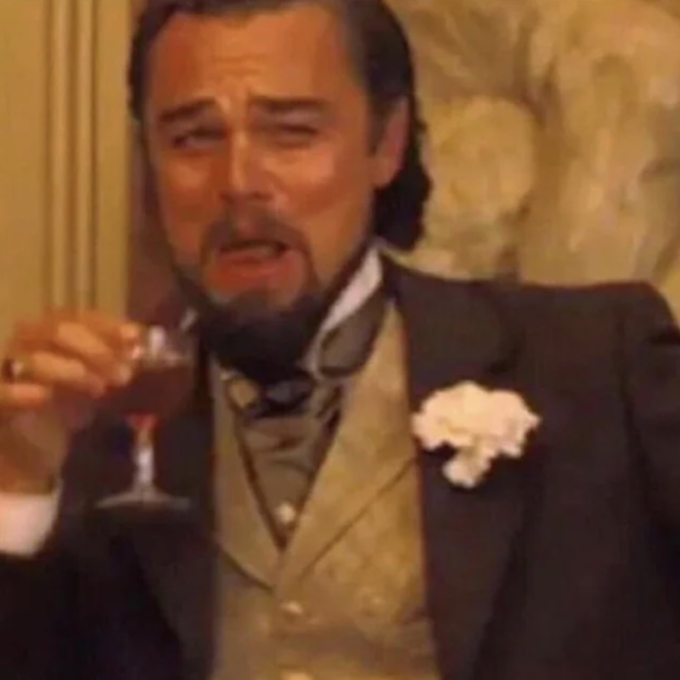 Why would Ady’s extended battles not be in his own edit?
I can’t make sense of what’s being asked.