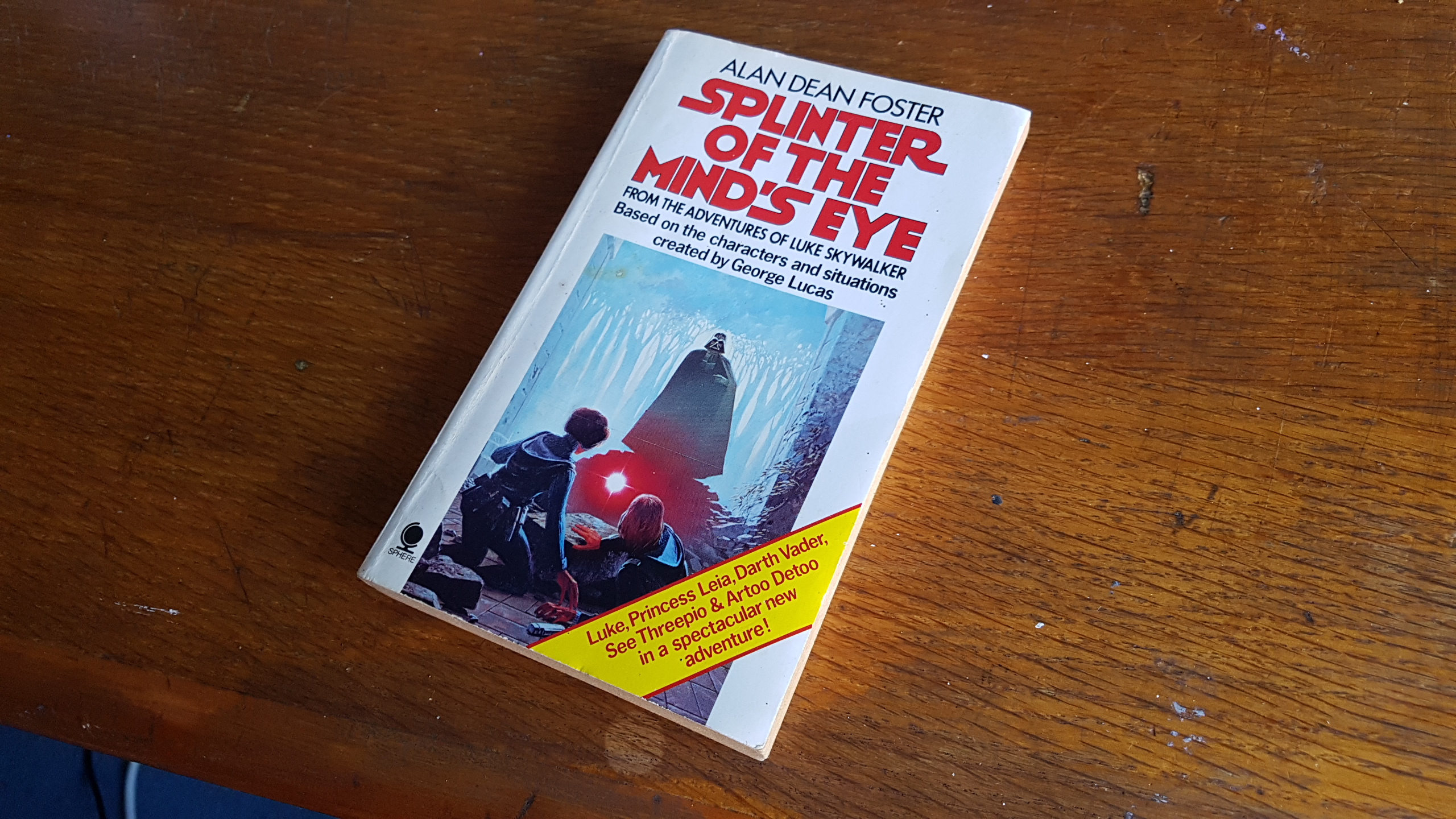 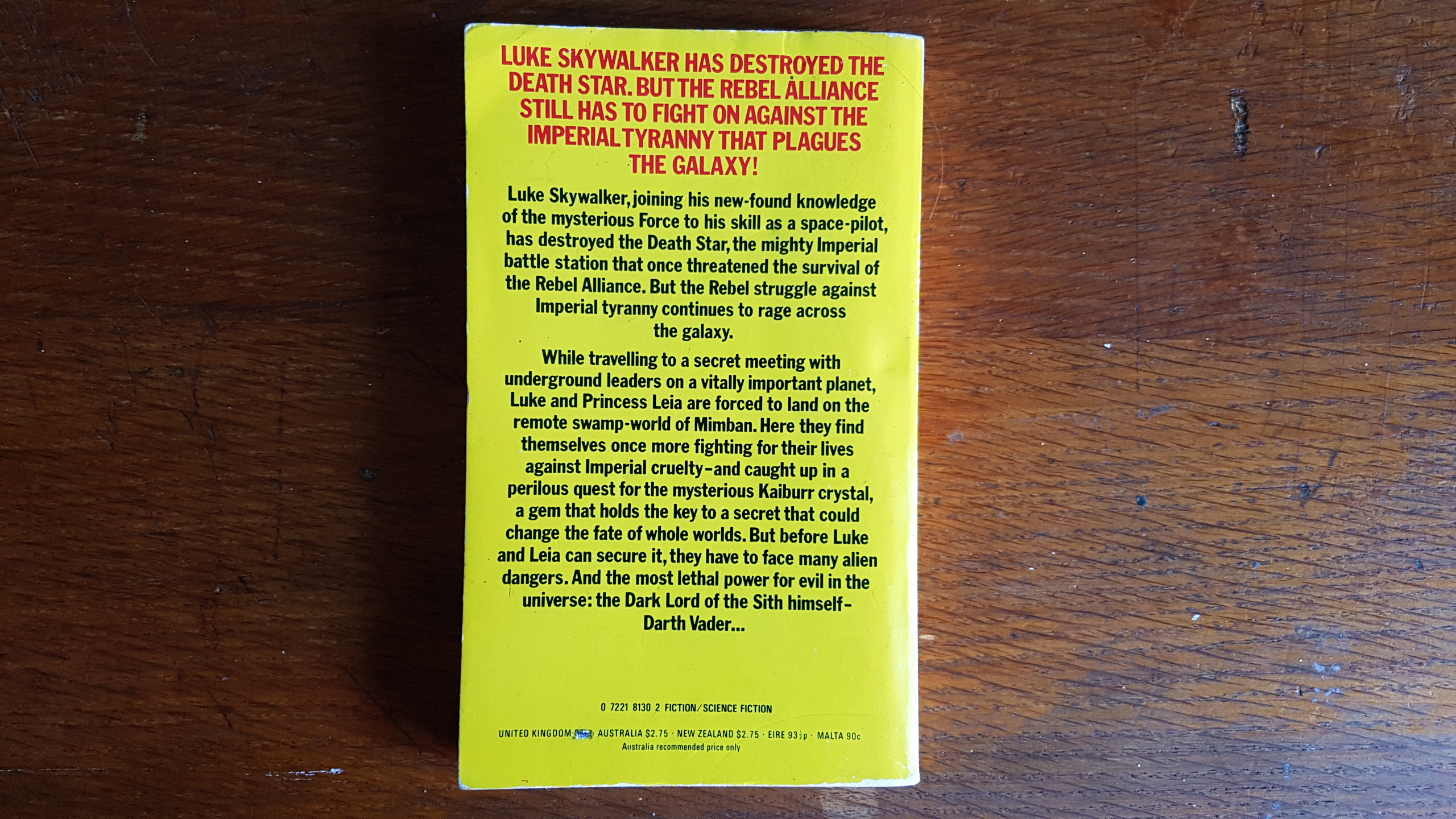 Welcome to originaltrilogy MMP, I’m a fairly new member as well. I’d love to watch TLJ Reforged at some point, could I have a link too please?

It’s a lame concern. This is the biggest franchise on planet Earth. There’s no way to make a new StarWars anything without a potion of the fanbase hating it. Just make the movie you wanna make.

I only said that because of The Last Jedi. I like TLJ, and I’m glad Rian Johnson got creative control to make the movie he wanted to make, but it’s true… that didn’t go well for him. So I understand why any director would treat appeasing such a vitriolic fanbase as a daunting task.

Nolan is a massive Star Wars fan and it was one of the things that moved him into a directing career. However, he has said that he’d be afraid to make a Star Wars film in case he upset fans.

Hi, this sounds really interesting and I’m looking forward to seeing your work. Could I have a link too please?

Also the ad was in German, not Danish. Not that it’s important, but as a Scandinavian I felt that I should point that out.

No no, thanks for pointing it out. I first heard that the ad was German, but the article said it was from Disney+ Denmark, so I got confused.

Denmark Disney+ ad has (accidentally?) confirmed the casting of Rosario Dawson and Timothy Olyphant in season 2: https://thedirect.com/article/the-mandalorian-season-2-disney-rosario-dawson-timothy-olyphant-cast
The ad has now been taken down.

Almost certain that Ahsoka Tano will be in the show now. As for Timothy Olyphant, of course a lot of people say Cobb Vanth from the Aftermath trilogy; I haven’t read those books in ages though so I’ve forgotten who he is.

Jordan Maison, a guy who’s had reliable Star Wars ‘scoops’ in the past, says there should be a trailer 2:

Found a list on Wookieepedia that could help:
https://starwars.fandom.com/wiki/List_of_Legends_elements_in_the_films

Here’s an edited list I made for a friend a while ago, of the essential Clone Wars episodes - but this is for someone who’s never seen the show. (Friend in question still hasn’t got past the Umbara arc)

https://drive.google.com/file/d/1EWF6Om1ZPZBE0g-g_8fHnU25PqPecIUB/view?usp=sharing
I hope this Google Drive link works. I would have just typed out the episodes to contribute to the thread, but when I was making it, I enjoyed collecting all the images so much that I spent ages doing it, so now I figure I should just send the original document.

I think Ahsoka showing up in a cameo or as a supporting character in The Mandalorian and elsewhere is a great way to add a lot depth to whatever story they’re telling. We still follow the main character and their story, but whenever they connect with something larger, even if brief, I think it’s great.

Absolutely agreed. I think she should function more as a guide for the characters than a major player herself. She’s the best (living) person to inform Din Djarin about the Jedi Order, its history, and failings, and demise etc, and she can offer advice on what to do with the child, but I reckon she should maybe only be in one episode. After all, we’re likely to get a separate show about the search for Ezra at some point, and she’ll have to part ways with Mando to continue that quest.

Another prediction I have is that future seasons of The Mandalorian will get more involved with Mandalore itself. If Ahsoka directs Din towards her old part-time friend Bo Katan - who as you probably know is also rumoured to appear, reprised by Katee Sackhoff herself - I think it would be a really nice touch, having got to see their relationship in the Clone Wars finale earlier this year.

True, and I do hate Star Wars’ constant universe-shrinking. But if Din Djarin is searching for Jedi (or, at least, force wielders) isn’t eventually meeting Ahsoka the logical way to go?

Formerly the ‘Ahsoka Tano - discussion’ thread. It’s now the dedicated thread for the series but general discussion about the character of Ahsoka is still welcome! 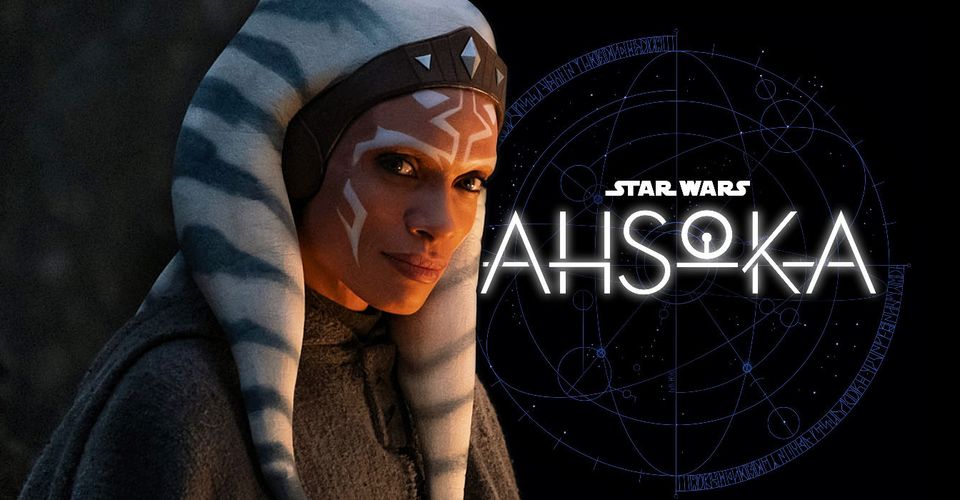 At time of writing, the latest news is that Hayden Christen will be appearing as Anakin in the series. I think right now the main question is whether this will be a character-study type show focusing on Ahsoka and her past, perhaps leading into a sequel to Star Wars Rebels, or whether this will be the Rebels sequel itself. What are your thoughts?

(Note: as the purpose of the thread was changed, discussion of the Ahsoka series starts properly on Page 3)

Great points. In regard to this last one, I am GUTTED we didn’t get a stormtrooper revolution, especially after hearing that that was initially planned. Stormtroopers are so often just the background bad guys, they’re just there, and it’s very rare an Imperial shows moral conflict or humanity. TFA begins with Finn’s defection and that’s the main example of it ever happening. Logically, it should have been a microcosm of an eventually massive plot point, and as you say, a perfect resolution to Finn’s arc throughout the sequels (which now he doesn’t have) and something purely awesome to watch unfold. I’m serious when I say it would have justified the entire sequel trilogy for me.

Alas, one of my biggest problems with Rise of Skywalker is how the everyman/woman theme that was picked up in TLJ has been dropped YET AGAIN in the saga. Rey apparently needs to be connected to a previous character for her to have a part in the main story, and Finn defects from the First Order because of course he was born a ‘good guy’ (and also force sensitive), while the rest of the brainwashed stormtroopers excluding Naomie Ackie are all bad guys who he can spend the rest of the trilogy killing and cheering on their deaths. I’ve been waiting for an opportunity to rant about this for ages. IMO it’s the biggest missed opportunity in Star Wars and I will forever be pissed off about it.

I can only pick out a few flaws or missed opportunities, like Leia not getting the emotional reaction to finding out who her father is that Luke was allowed. I’ve never understood the hate for the film.

Yes, Luke’s plan to rescue Han is probably best enjoyed if you don’t think about it too much, but Return of the Jedi is like Revenge of the Sith in that they both have to spend the first third of the film taking care of a previously established situation (Han in carbonite, Dooku has to die at some point) and it’s my opinion that both do this in entertaining fashion.

Although I do sometimes wonder what the early concepts for the film might have been like on screen - Kashyyyk, ‘Imperial Centre’ etc. before they were channelled into Endor and DS2 - because it sounds like a film with more scope, I think ROTJ is a very dynamic and satisfying final chapter. I’m interested in hearing more of the issues people have with it because I’ve never been able to think of many.

What makes ROTS worse for me is that it’s “good” mainly for events that would have happened regardless of the movie they were delivered in. And it all pretty much falls flat even with that advantage.

I never considered it that way. And yeah ROTS has only gone up in my estimation recently because I’ve realised the story ticks all the boxes of classical tragedy. Phenomenal premise but bad execution. VERY good point.

I wonder how much that has to do with being a beneficiary of the Clone Wars tv show, where it was largely able to resuscitate the characters and provide a more compelling war narrative than the movies.

I think that’s mostly it, but ROTS becoming a goldmine for Star Wars memes helps too.

Great thread to discuss it. I find it really interesting how ROTS has become more and more popular over the years, and I regularly see people acting like it’s hands-down the best Star Wars film. It’s such a contrast to even a few years ago.

I think most of it is down to a younger generation growing up with the prequels, and the nostalgia (and meme) factor means they overlook or just ignore the occasional moment of clunky dialogue and so on. ROTS being improved retroactively by The Clone Wars shouldn’t make any sense, but it does, because Anakin is a much more mature and likeable character now.

I’d assume all new replies would be people using “Hello there.” “General Kenobi, you are a bold one!” as a greeting.

TFA is over saturated, the whole movie.

Would love to hear how you think TROS measures up!

In this second shot the lightsabers are barely white anymore. It’s blue… all of it. Anyway, I digress.

I know I’ve been spamming this thread recently - sorry folks - but in case anyone missed it, ILM just realised a 17-minute documentary about the model work of The Razor Crest. It’s great and I’m glad practical effects are making a comeback.