Here is an end Saber spark test. 3 different versions, first clip regular speed and second at half speed to see the difference. Let me know your thoughts. Thanks to @skenera for helping with colour correction.

The idea is to give Rey a reason for burying the Sabers after the battle with Palpatine.

This looks great, the only thing that looks off is that the lasting smoke puff sends seems to follow the camera movement instead of staying in its own spot. But I love it other than that.

Can I get a link? looks great!

Awesome, can I get a link?

Looks good, can I get a link?

I think that would be a cool place to insert the World Between Worlds clip of Luke if anywhere. Also I can’t really tell what Leia is saying, but I like the concept.

I wanted to insert the World Between Worlds clip of Luke but I couldn’t find it. I need to improve on the mixing of the dialogue.

I think that would be a cool place to insert the World Between Worlds clip of Luke if anywhere. Also I can’t really tell what Leia is saying, but I like the concept.

I think Leia projecting Han makes the most sense, actually gives her a reason to die kind of like Luke in TLJ rather than just saying Ben’s name you know

Had that exact same idea for the force world clip last night, I’m sure someone could do it better but it would definitely be cool to see something like this.

I haven’t watched the whole thing, but the whole death star fight is perfect. I love the added music, Duel of the Fates fits right in. On the hangar scene, I really love the flashes of evil Rey. The only thing that could be improved is the “power” line, it feels a little more grainy than the rest of the dialogue and the audio cuts off near the end of the word. If that could be fixed I think the hangar scene would be perfect!

The one scene I really want to see fixed is the caretaker village scene, Rey’s running always bothered me. and that looks awesome.

We just need someone who really knows their VFX to go and fix some of the backgrounds and edges on the characters and it’ll be perfect! I’m sure it’s possible, I’ve seen some great CGI scenes done on here. Looks pretty good already.

Is there a workprint out? I would love to see it, the Rey Nobody stuff looks great so far

Can I get a link as well? sounds good!

I think at the very least the tribe of defected stormtroopers on Kef Bir should have been reluctant to fight the First Order like Finn was, so when Finn eventually convinces them it kind of completes his character arc. Still not as good as Trevorrow’s stormtrooper revolution but still can’t believe they didn’t do something like that.

I agree, the intensity of the crackle could be increased. But looks great!

That looks amazing, I would love to see the whole film like that!

I’ve wanted to see the TLJ extended version for a while just to see if the caretaker village scene is edited at all, I wanted to put that one back in but the unfinished running VFX ruins it. It’s a shame there’s so many great unfinished scenes out there.

Can I get a link? Looks really good

If you’re aiming for 1 movie, I think you need the Boba hook at the start, so I’m thinking maybe you show Cobb and cut after Boba pulls his gun to him with the armor? Or you could use the jawa footage and maybe try to frame it as Boba buying it from the jawas. Then you could have the Boba shot while removing the bulk of that episode, and go right to the Bo Katan episode, straight from frog lady intro to the ocean planet and cut the part about the hyperspace eggs. It looks like Fennec is also gonna be a part of the crew though, so it might be easier to just frame her as a new character and cut the dialogue where her and Mando know each other. You might be able to do the same for Bill Burr’s character later but I suspect him and Mando will have some dialogue referencing S1 Ep 6.

You can shove the tracker/darktrooper scene in anywhere and remove a lot of that episode, but I think Ahsoka’s episode is a problem because you gotta see Mando get the spear and reveal the Grogu info (and Ahsoka is just awesome so I would love to see a lot of her)

Having 2 movies would definitely space things out more but I wouldn’t know what to end it on, maybe the Ahsoka episode?

Yooooo!!! This edit looks so dope I’m glad you’re back

Can I get one as well? Thanks!

I think this is my favorite TROS poster I’ve seen - I love the hand drawn aspect of it, reminds me of old 80s star wars/Spielberg posters. I would love blu Ray covers of the sequels with these style posters. 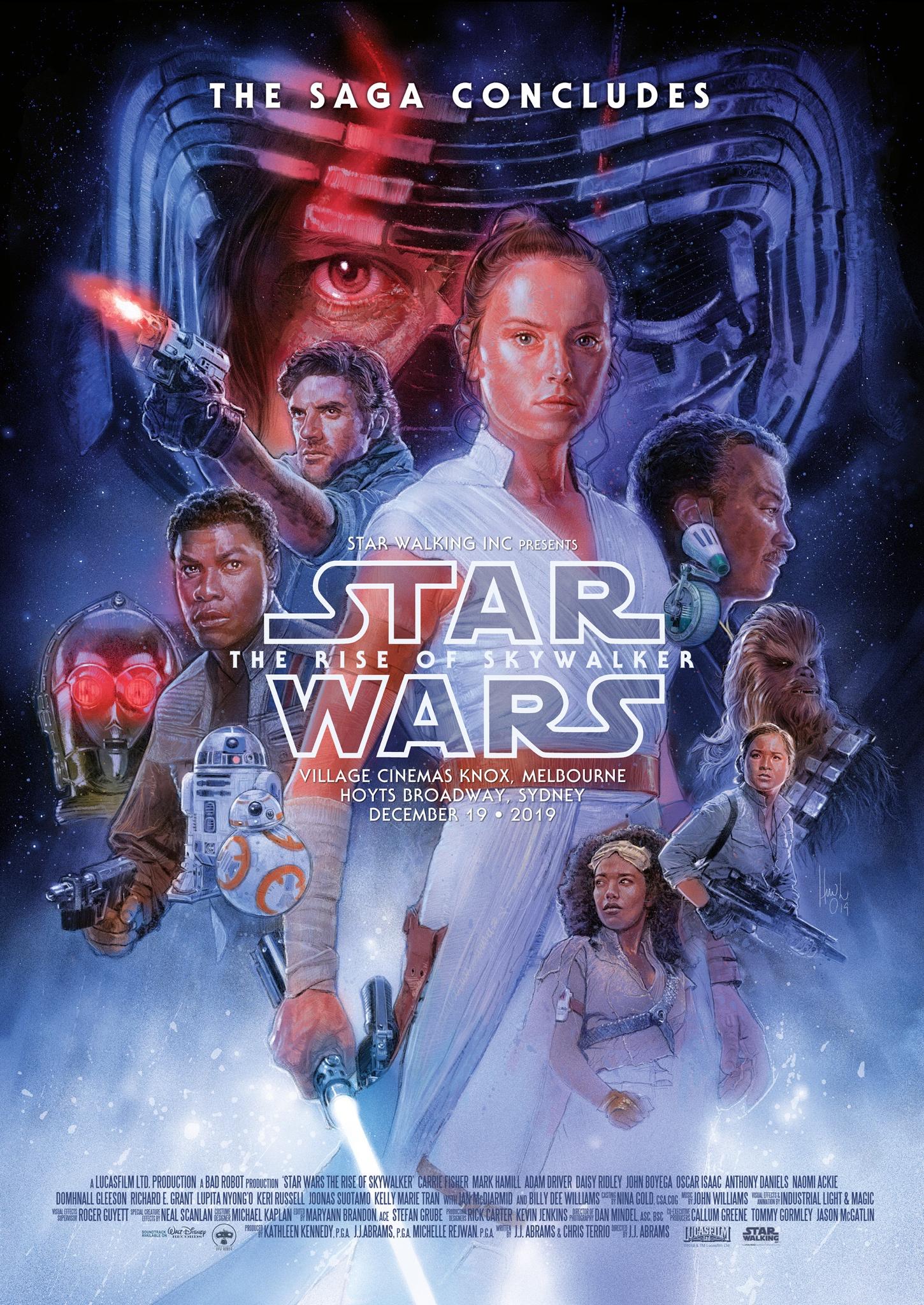 I think this version of the Death Star fight and Leia’s death is my favorite out of the ones I’ve seen, the music works perfectly here!

I think keeping Palpatine killing Rey’s parents gives her a good motivation to go and kill him, which also reduces the scenes you have to cut by a lot. I also think it’s necessary to shorten the parent scenes as much as possible so they don’t look like heroes as much, like DominicCobb did - I like how he handled the opening as well. I think the hardest thing is making the Kylo dialogue sound like he’s talking fluently instead of having his words cut up and edited, but I suck at audio so I don’t know how the best way to do it is.

Has anybody heard this?

I don’t know if there’s ever been a studio recording of this version but I love it and it would be a nice song to fill in some of the musical gaps, or even for TFA or TLJ

I’m hesitant to click music links these days because of the danger on hitting yet another Samuel Kim video, but this was a pleasant surprise.

I’m tempted to put this into my TFA edit as is.