Does anyone who went to the 10th Anniversary remember what “rare films from the Lucasfilm library” they showed?

I don’t get why people buy these. They are so easy and cheap to make It costs maybe ten to 15 dollars to get blank DVDs, an empty DVD case and the paper for the cover and inserts. Plus, the cover artwork for edits are numerous and available online for free. I personally aim to make my own DVD sets for my own personal usage when I find the time and house space for them. heck, maybe make some for my friends for free.

It’s very, very easy to understand why people purchase them.

It’s really that simple. For a lot of people, 1/2 are the biggest deal-breakers. They’re computer illiterate.

And I also know many people who just don’t have computers anymore. They only have tablets.

I’m not condoning people selling them but there’s a reason that they do. I’d say that a majority of people buying them fit into one (or all) of the categories above 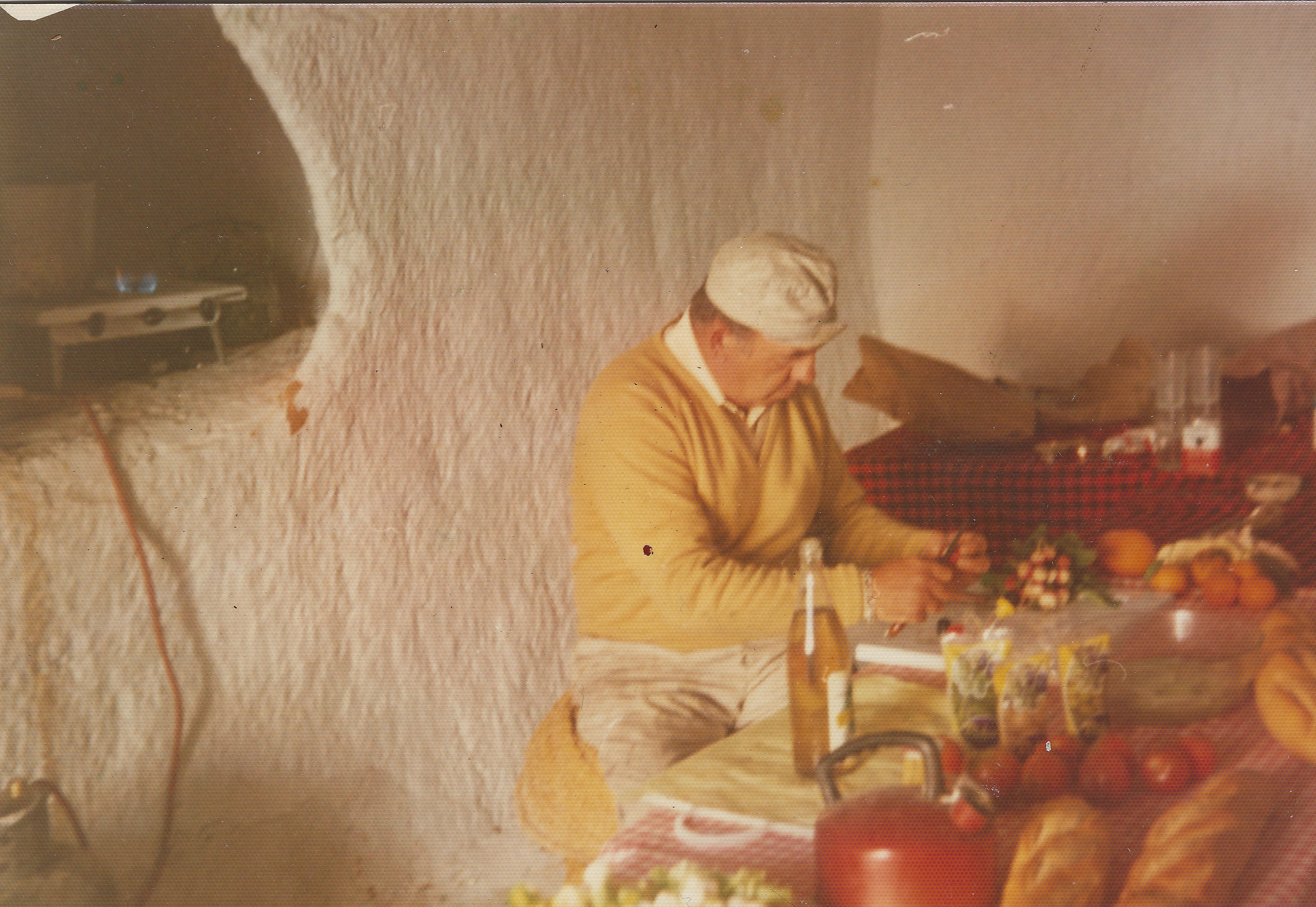 I’m very excited for this. Disney+ is going to be huge. Great time to be a Star Wars fan!

Ben? Her? (2.23) – This episode was split into 2 part syndicated episodes for the individual boxed set. However, that was later corrected for the full complete series boxed set as well as the compilation “Best of Love & Marriage.”

Cheaters (3.15) – This Super-size episode appears as its originally broadcast version, without the extra footage later added for syndication. It is also incorrectly labeled as “Part 1.” However, various international versions contain the 2-part longer syndicated episodes. This is also the only episode in the history of the series to be expanded by its syndication.

Friends with Benefits (7.22) – This episode is presented in its syndicated cut version. However, collectors can find the full, original version on the 2007 Emmy consideration promo DVD. Approximately 1 minute of footage is missing.

The bloopers on season 7 have been censored/edited for the US edition. Approximately 1 minute of footage has been removed when compared to the international versions.

The Clip Show and Guest Star Clip show, which originally aired on NBC have never been included on an official release.

How so? I’ve never known them to be anything but reliable, and they’re very good at clearly calling out rumors as such.

He has an awful reputation. All he does is steal stuff from other forums at this point. His contacts have nearly dried up and he doesn’t have the knowledge that he had 20 years ago, nevermind 10

Although now that I think of it, there were no Greedo subtitles. Looks like it’s a mix of different sources? Not sure. Those are all the screenshots I took before my “preview of CNNgo” ran out. It’s easy to find if anyone wants to investigate further, but it’s definitely all Blu-ray/GOUT/Despecialized, not a new source.

Someone posted on another forum that the series used footage from the original versions (Han shot first, etc). Did they use Harmy’s version? Anyone catch it?

Did anyone ever complete this? Was hoping to get the criterion bonus features 😦

Does anyone have the various special editions for The Doors that have come out? There were 2 different ones in other countries.

Every DVD I bought back in the day did. I would say that the ones that compensated were far in the minority. Of course, now it’s extremely easy to work around. Then? Not so much.

There is a wealth of material, produced in the UK alone, that is not affected by this issue, hence me pointing out that not all PAL content suffers from this drawback.

Again, I would rather not deal with the problems of either TV standard. 😃

Perhaps further discussion of PAL vs NTSC would be better suited to a separate thread. None of this really helps SF01 with their project. Though of course, they can decide this. 😉

Well, of course things in the UK aren’t affected by it because they’re natively at that speed. So they’re out of the equation.

I’d rather deal with whatever problems NTSC has than ever listen to the pitchy sped-up mess of PAL.

Not all PAL material is affected by the speed up issue and with those that are, it can be easily worked around. I live in a formerly PAL broadcasting nation, my parents are from an NTSC region - I’d rather deal with neither of the problems with both standards.

Every DVD I bought back in the day did. I would say that the ones that compensated were far in the minority. Of course, now it’s extremely easy to work around. Then? Not so much.

The biggest problem I found with DV capture is that is uses 4:1:1 chroma subsampling which really reduces the picture quality.

In 4:1:1 chroma subsampling, the horizontal color resolution is quartered to reduce the bandwidth by half. In 4:2:2 chroma subsampling the two chroma components are sampled at half the sample rate of luma: the horizontal chroma resolution is halved. This reduces the bandwidth of an uncompressed video signal by one-third with little to no visual difference.

You are completely right about 4:1:1, but you might have missed one important detail. The ISD is PAL and I’m capturing in PAL and in PAL the chroma subsampling is 4:2:0, not 4:1:1, which looks light years better.

The whole existance of NTSC was the biggest mistake in history of television. Always problems…

I’d rather deal with whatever problems NTSC has than ever listen to the pitchy sped-up mess of PAL.

Interestingly enough when the movie was on Netflix it used the original theatrical ending instead of the explosion ending. Forgot if it had these sequences intact though but most likely it did.

I’m guessing you didn’t read through this thread 😉

I’d imagine that the Netflix stream would be AAC, which would be inferior to AC3, unless I’m mistaken.

Starting at 1:20, there’s a comparison between the Blu-ray and the German HDTV version, which contains the same footage found on the Goodtimes DVD.

Ahh. Ok. But it’s from the theatrical version. Sort of a Frankenstein edit.

I dunno what the encoding is on Netflix. I can check to see how the compression from the one I recorded stands up next to the ac3 from the Blu-ray ending

I don’t, but I do have the 2003 Universal and 1999 GoodTimes discs. They are both AC-3 192KBPS, but they are faithful to the original mix, whereas the Blu-ray isn’t. The GoodTimes disc also has an extended sequence from the theatrical cut just before the shark’s demise. This sequence is not present on the Blu-ray or Unviersal DVD.

I would think the Netflix encode would be higher quality but thank you.

What do you mean about the extended sequence from the Goodtimes disc?

I’ve been working on this the last couple of days in my spare time and I have a problem. The mix in the blu-ray is awful. It’s just got a ton of reverb on it.

I’m going to have to try and get a copy of the Japanese laserdisc if I want a (mostly) digital lossless version of the soundtrack that’s not echoed to Hell to make a fake 5.1 track OR wait until it comes on Netflix again and capture a lossy version that way.

Anyone have that Japanese disc?

That’s really uncalled for. Nobody is forcing you to post in here.

I know I read that, but it does not really confirm anything but…

“Dykstra made it sound like the Academy projectionist is the one that actually repaired the damage which allowed it to be shown again (which might also explain why it was a last minute announce/addition to the programming).”

If this was the case then it should be scanned and archived immediately.

Good idea. Someone here will get right on that. I’m sure the Academy will lend anyone this print that none of us knew about but has existed for 2 decades.

Yes…because, if there were ever a reliable source at this point, it’s TDB.