I figured it out! I now have to actually burn the disc image I made 😃 Do you know of a way to make a menu using the VIDEO_TS files? I’m thinking of adding it as a bonus disk to my DVD cases?

What are the instructions for burning the DVD5 files? I have a macbook

I have never seen the lightning as purple but always as blue. The only time it was actually legit purple was when it was in The Force Unleashed game. Other than that, any view of it being purple is probably just out of context. With the way the SE’s are colored the blue might come out slightly purple, but in context I wouldn’t see it that way.

could i get a link to this?

Bro… go away… this is not the place

Technically Snap Wexley is the first EU character to make the jump, since he was in Aftermath before TFA came out.

Maybe a stupid question, but what is DTS audio?

Also, was there really a TV spot with that alternate wording?

This is the TV Spot with the different wording for that line. (Yes I know you had it mixed up with the “As I fell line” but here is the alternate take anyways 😃)

As Hal is winding down his edit of TROS with the lovely Ascendent I have been thinking about adjustments I would make myself.

The goal of this edit would be to keep all of the improvements that HAL and company have made with TROS while also maintaining some of the smaller elements that were cut from his edit. This would essentially create a less drastic version of his edit.

Essentially, this edit would be identical to TROS:A with the following adjustments.

I currently do not have the ability to make any edits, yet hopefully, when the new year comes around I will have the means to actually complete this film the way I see it in my head.

You guys are incredible. Thank you for everything. It’s meant more to me than you might think.

Thank you Hal! It’s been a blast reading through these threads for the past almost decade and seeing the amazing results! I can’t wait to one day have all of these edits burned on to discs and placed on my shelf!

While I like the new Stormtrooper “kill me now” line in theory the audio just doesn’t work. It sounds too clean for the sound we are used to hearing coming from a stormtrooper helmet. Maybe just running it through a subtle filter to make it sound like it’s coming through a radio will help?

For the Bluray cover, I’ll have to shorten the design as I can’t stretch it out due to too many layer variants but I hope this is ok now? 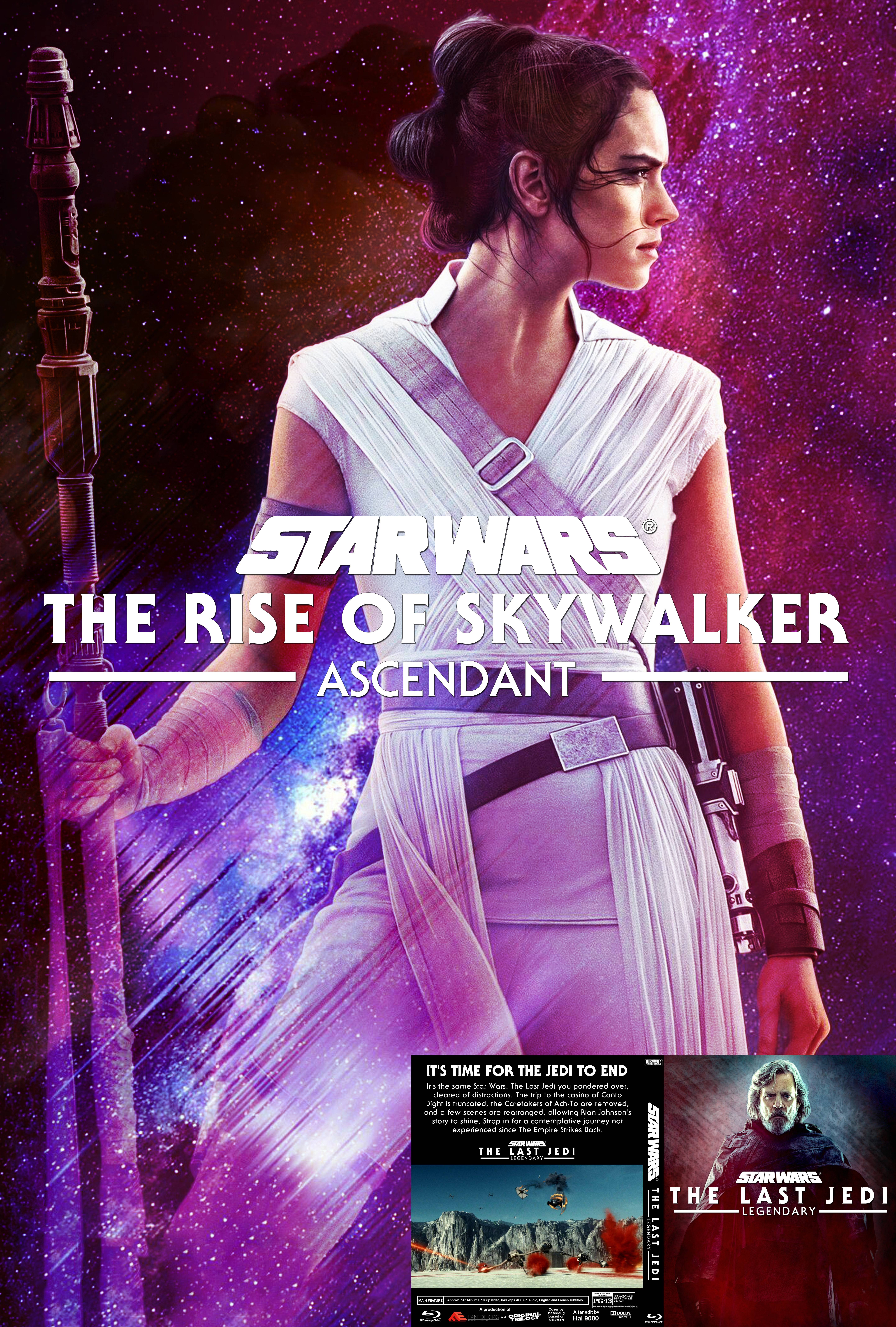 Here’s what Movies Remastered was working on months ago!

It honestly makes me want to find some other fan edit project to work on now!

Was checking out the KoR voices in the new workprint and noticed that you used the exact same “Traitor” audio clip for when Ben first sees the KoR and when Ben is surrounded after being beaten. I know the set of voices that axlanian provided had another take for the “Traitor” line that you can use. Right now it sticks out that they are the exact same audio clip.

He mentioned he was using after-effects for the crackle saber. I pray his friend’s cancer diagnosis has only improved.

I hope Kewlfish is doing okay, we haven’t heard from them in a long time.

This is so sad!

Has anyone had any trouble with the password for his zip file?

Could I get a link?

We’ll have boots on the ground in the redwoods if they’re not on fire!

True that. Watching the fires get close to here in San Diego too

Not to mention the Valley Fire in East County

could i get a link to your files?

while this is a horrible event and I am very concerned by what this will mean… A+ picture choice.

I always understood the lore around Palps “son” to be that the bodies only deteriorated once his spirit went into them, since the bodies couldn’t contain that much force. With the son though, since he had no force connection Palps couldn’t enter him, so his body didn’t deteriorate