@ray-afraid: please. Life is too short to waste my time forcing myself to watch something that is abundantly clear I don’t enjoy at all. The amount I watched was more than enough to inform me what the film was like and whether I’d enjoy watching it or not.

@yotsuya: first, thanks for understanding and not rushing to judgement just because I don’t share a common opinion. Second, thanks for the explanation. Makes sense. I guess the academy has always been a bunch of stuffy, out of touch buffoons. I never have understood why people put so much stock in those awards ceremonies…

What am I missing that everyone thinks Annie Hall is so great? It was just whiny and pedantic and miserable at every turn. I just don’t see the appeal. I’ve never really paid any attention to Woody Allen, but if this is his typical brand of comedy it clearly isn’t for me.

I saw Annie Hall was on amazon Prime so I thought I’d give it a watch. This dreck beat Star Wars as best picture in 1977? WTF!?

It was so awful I couldn’t finish it. Turned it off after about 20 or 30 mins. And that was being generous. I wanted to stop after about 10 mins but tried to give it the benefit of the doubt.

But geez. It’s basically a pathetic, miserable man being pathetic and miserable and making everyone around him miserable too. What was wrong with people that they would vote for this trash over Star Wars?

It matters less how many people care and far more about setting a precedent in court. A legal determination in his favor could prove a huge deal to film history.

I work in the travel industry and this is turning out to be a devastating blow. I’m not convinced that this extreme reaction was truly necessary, but at this point that’s moot. This is where we are and it is having an insanely negative impact on my career field. The fallout remains mostly unknown at this point but it’s almost certain that pay cuts and layoffs are coming in droves.

I only hope the company for which I work survives this episode and that I make it through without losing my job.

And that audience has gotten amazingly, shockingly, rewardingly GREAT at servicing itself over the past 15 years, too.

So I’m rewatching the show and it just occurred to me, we never find out who it really was that went back for the body of the dead assassin lady on Tatooine, do we?

I tried pausing it and it really does look like it might be Mando but it’s impossible to tell for certain.

Too subtle, this one is more appropriate
https://www.youtube.com/watch?v=r6NPIN_OTLw

Wow - I don’t recall ever seeing that video before… nice find Mocata - and quite a sobering one too.

The full works on it:- 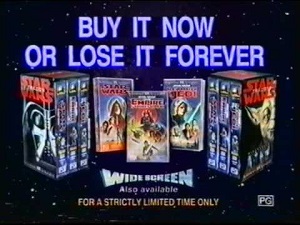 And none of us at the time realized just how honest they were actually being with that tag line! Doh!

I don’t know if that’s the intended meaning, and I can’t believe I’ve never thought of it myself, but I vastly prefer that interpretation over what I always assumed: that the title refers to Luke becoming the new line of Jedi and thus the Jedi (plural) returning to the galaxy.

But yeah, your idea of Anakin being the Jedi who returns after spending decades lost is much better and more poetic. I love it!

If it’s in a university collection perhaps it’s available for public access? It’d be great if they made a digitized copy available online in some form…

Haha, love the second one. My wife recently gave me this shirt:

That’s an SE shot. The forward most y-wing doesn’t disappear before it fully exits the frame like it does in the original version.

I’m glad to know I don’t have a faulty memory. I saw TFA in the theater 4 times. When it came out on blu ray I wondered what happened to that spy’s dialogue in Maz’s castle…

Haha. The first reply is hilarious. The original question was, “was there anything truly batshit you thought of for Rogue One that didn’t make the cut?”

To which Gary Whitta replies, “Rebel ground troops bunkered in around the Imperial comms tower on Scarif, stormtroopers can’t break through to get to Jyn who’s on her way to transmit plans. Vader says “put me on that beach.” Carnage ensues. You ended up seeing something like that in the corridor scene though.”

And the first reply below is, “Vader would never play in the sand. That is batshit crazy”

Yeah I suspect it will go the way of Stranger Things. Like that, this is a flagship series for their platform that has a massively broad appeal. Like ST, I see The Mandalorian getting a disc release eventually, but it might be a while yet.

These are so awesome! It almost pains me to look at them because I know I can’t head down to my local comic shop and pick up the issues! 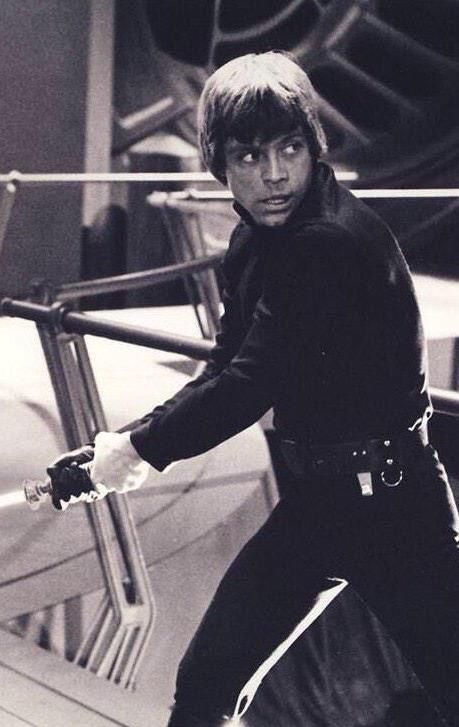 You know, I did notice the dialogue often sounded surprisingly crappy when I watched the D+ version of A New Hope. I couldn’t believe that an official 4K copy would sound like that when plenty of other sources/versions (both official and unofficial) sound so much better. It’s like they couldn’t find the proper recordings and just used somebody’s cassette tape they recorded off a tv broadcast as a kid for some of the dialogue!

Yeah I’ve had the sabers on display before but with my most recent rearrangement I put them aside and haven’t figured out what to do with them yet. I like some of the custom vertical wall mounts out there, but we’re currently looking to move so I’m not really wanting to waste my time mounting something to the wall only to have to take it down and patch it in a couple months. 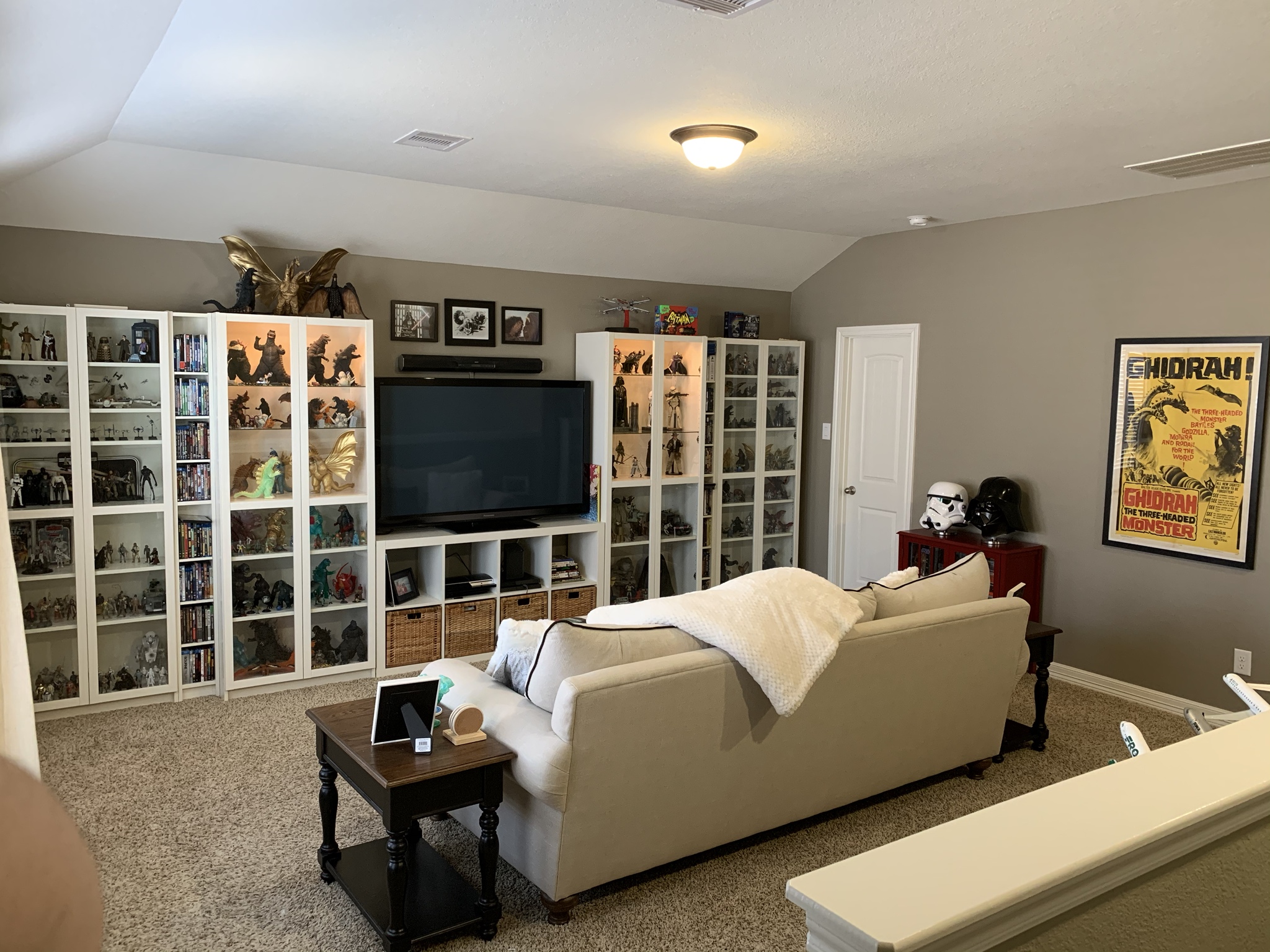 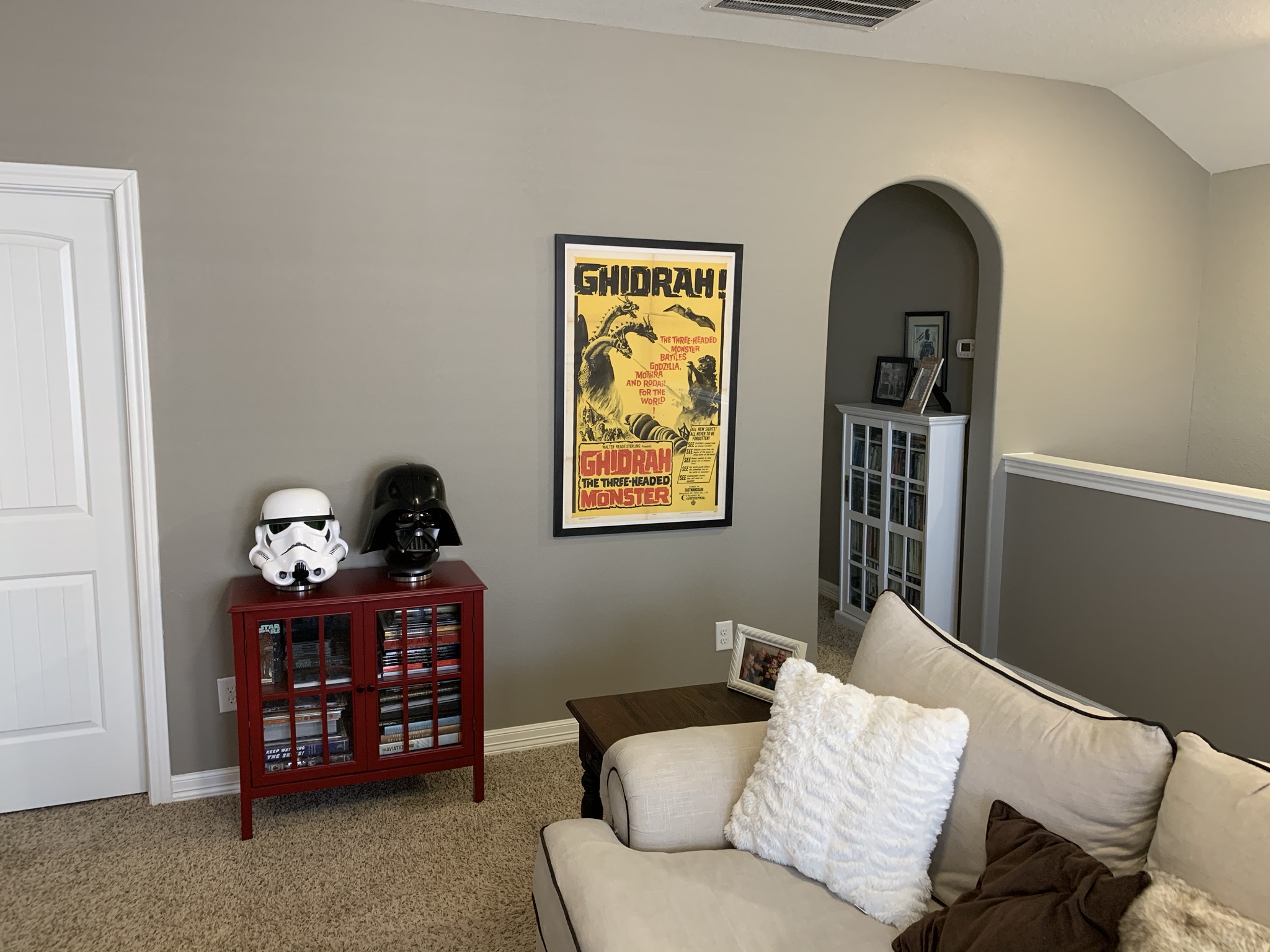 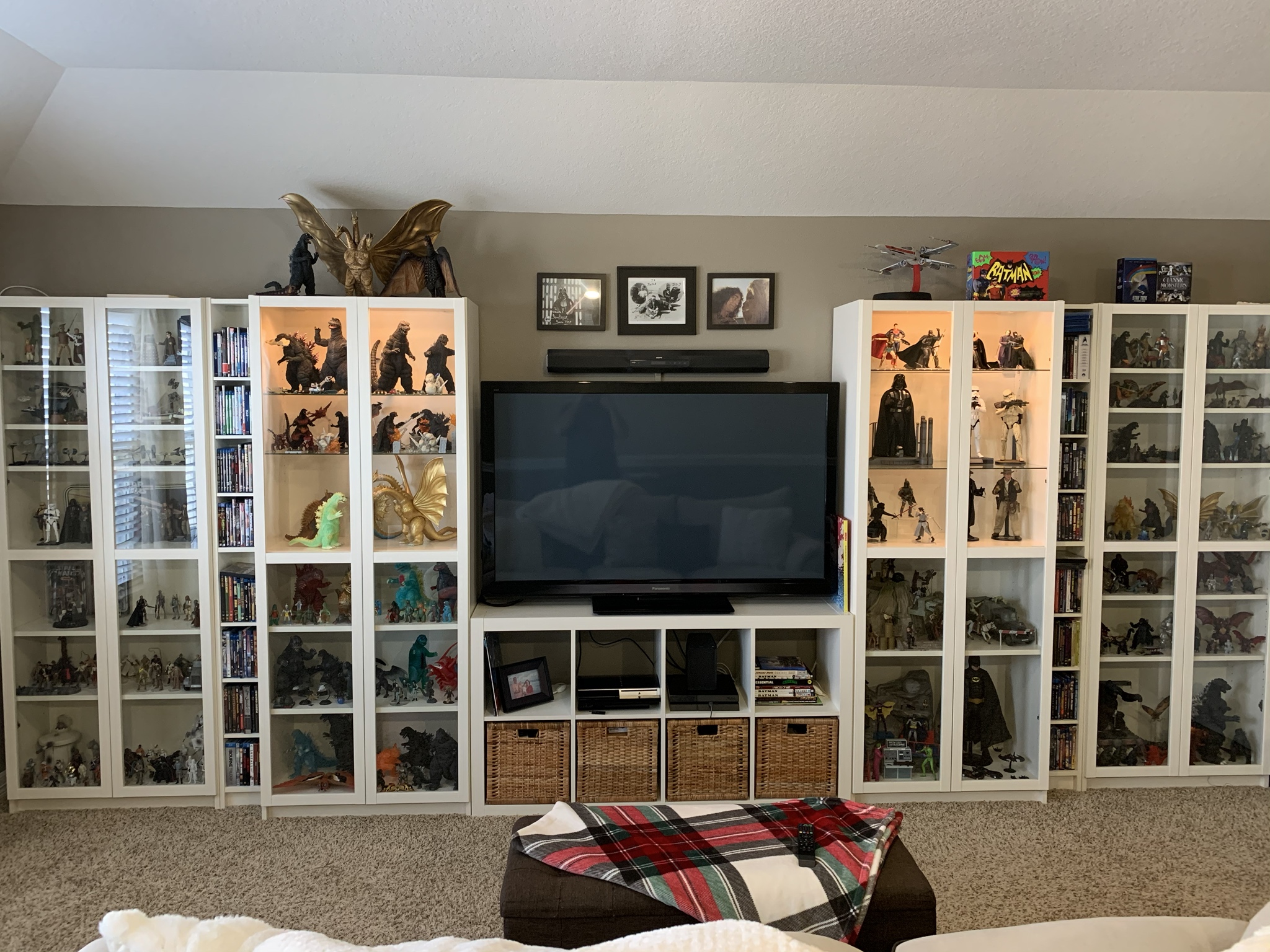 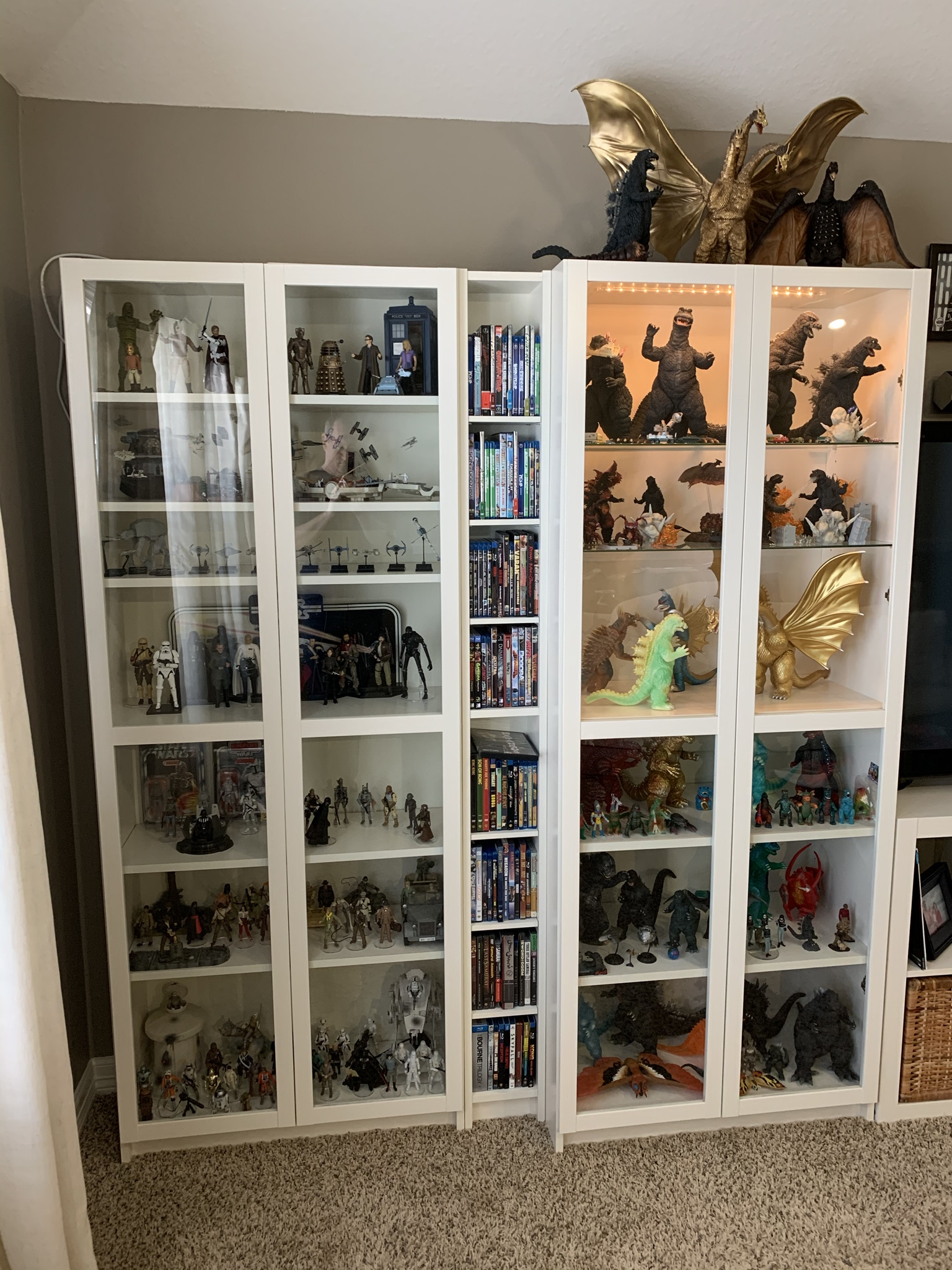 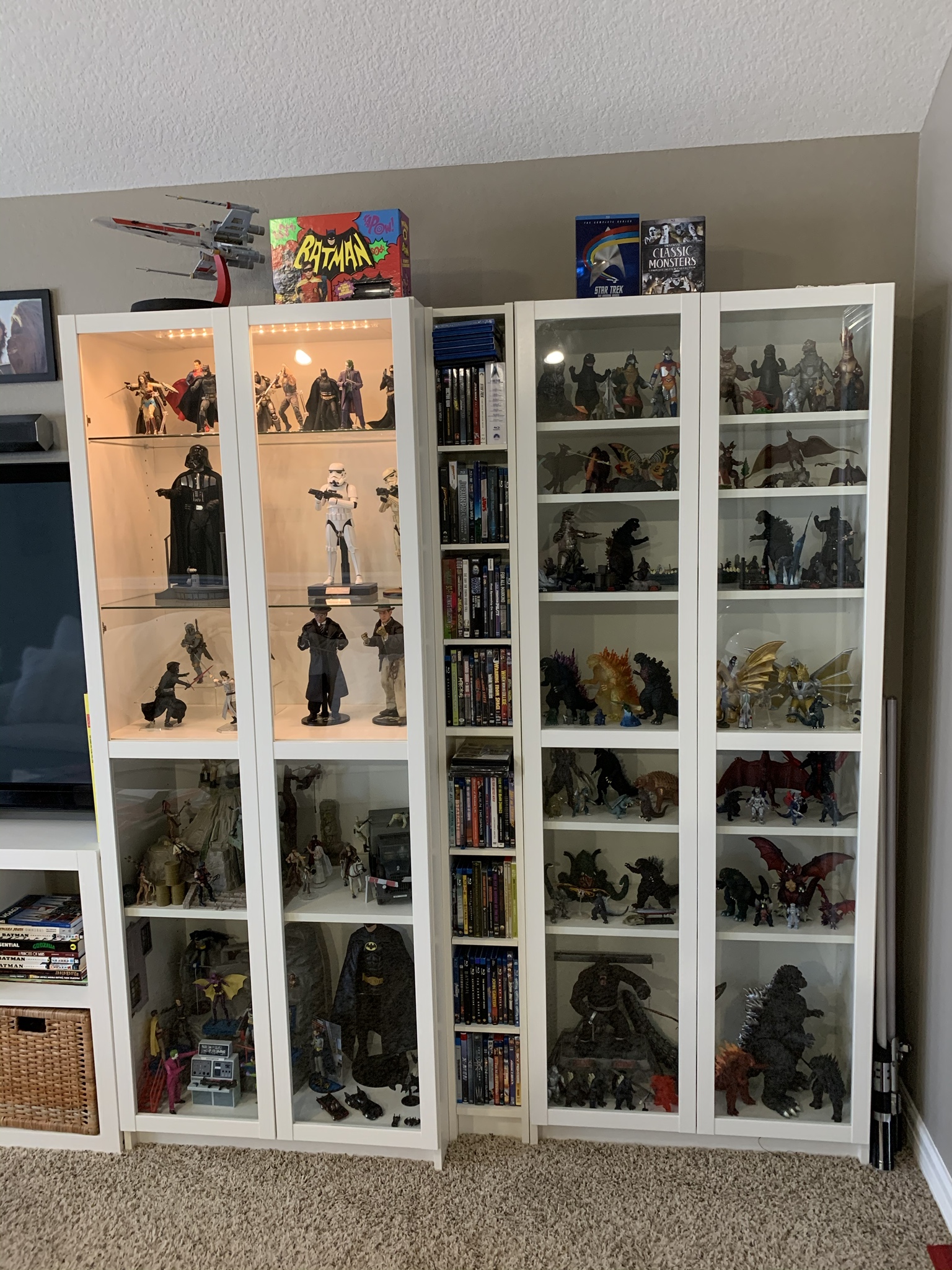 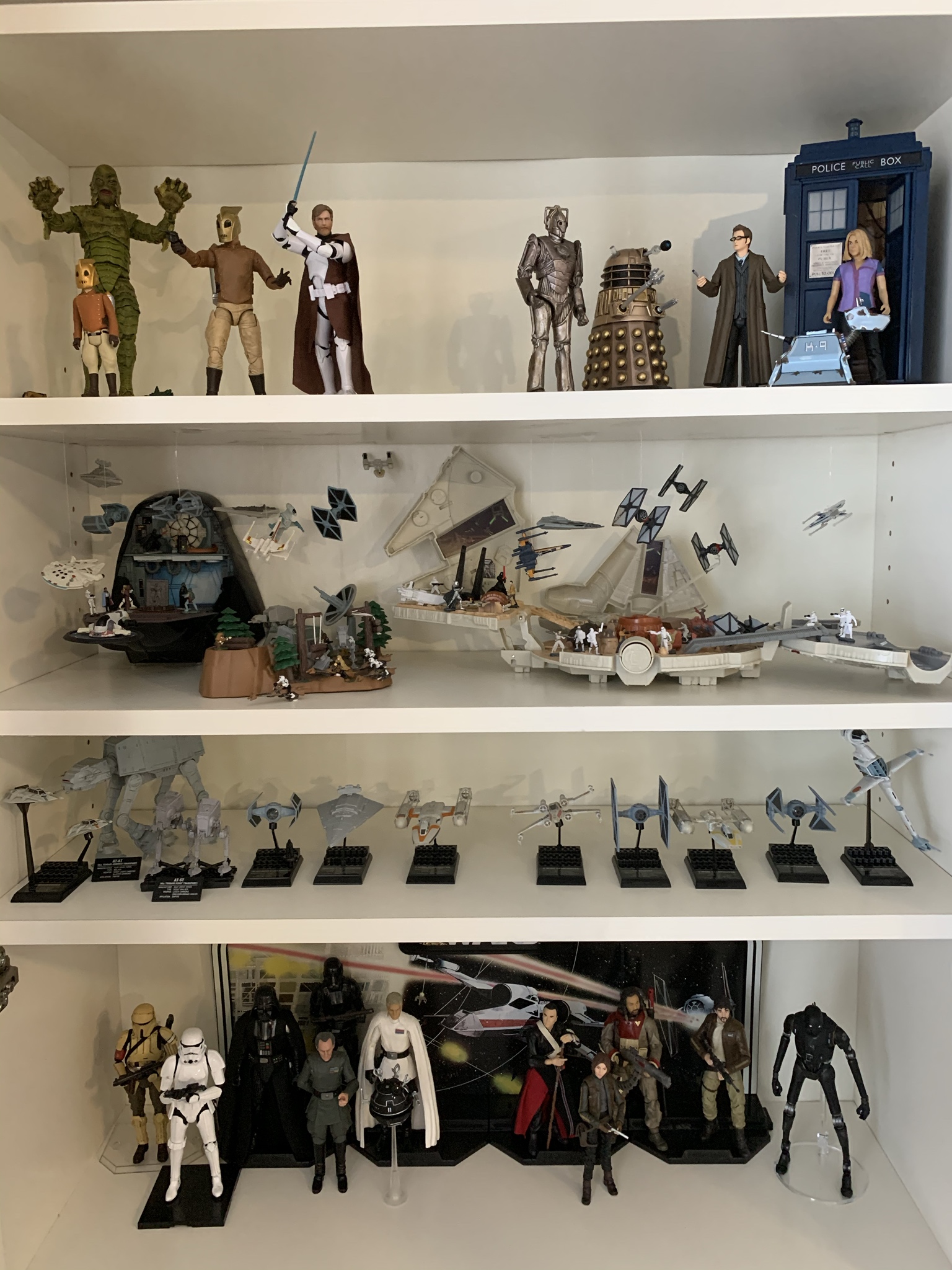 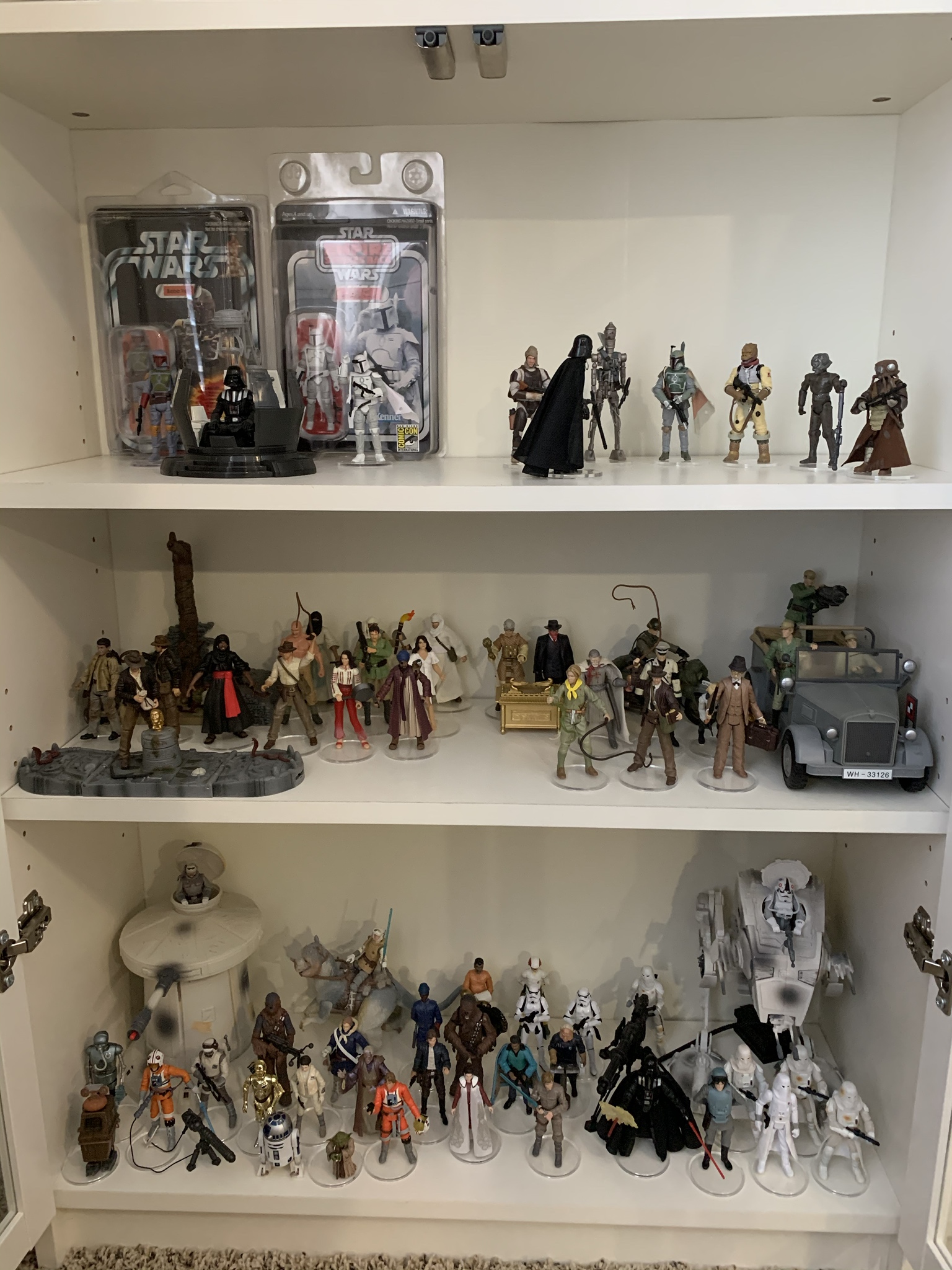 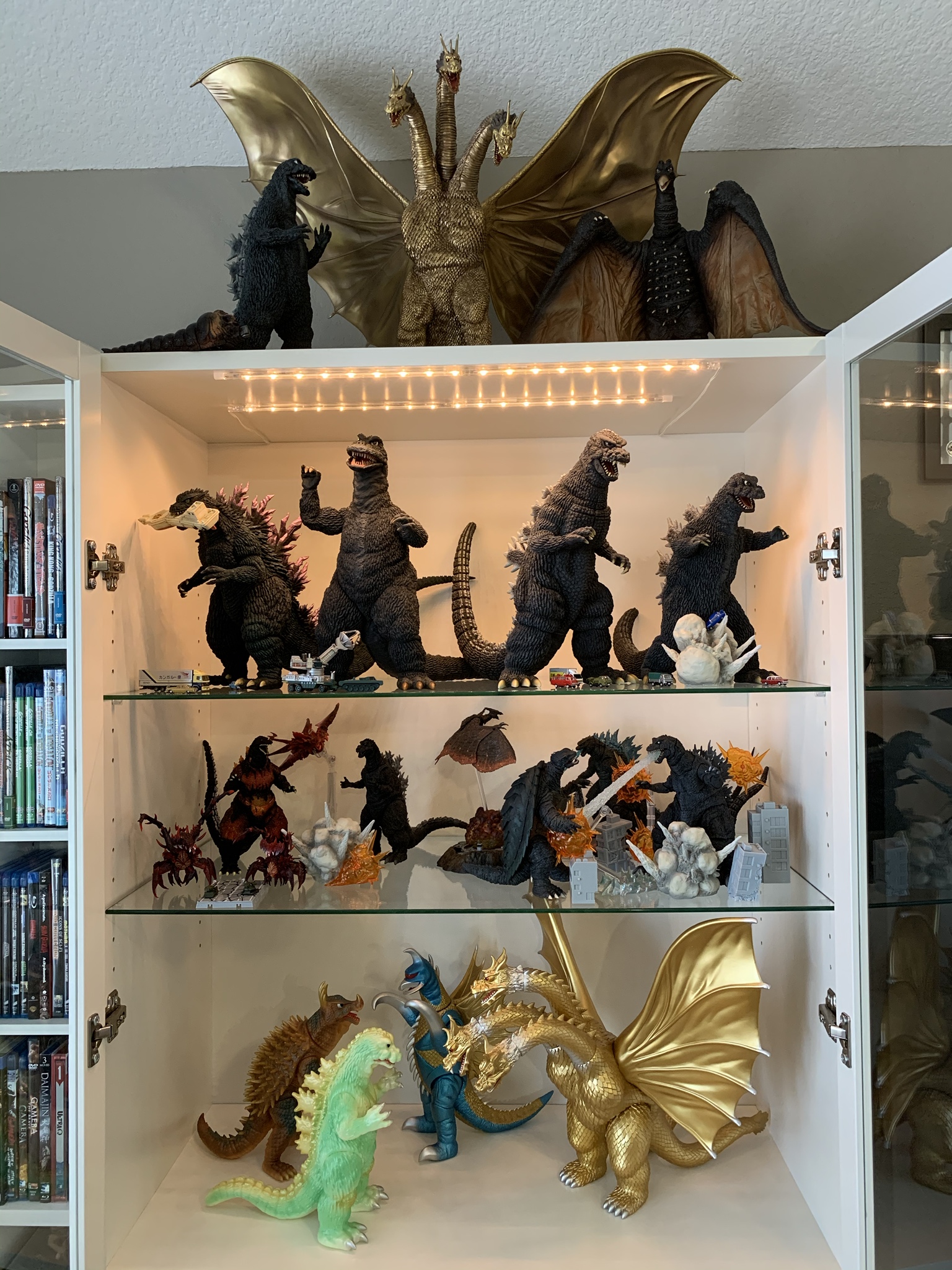 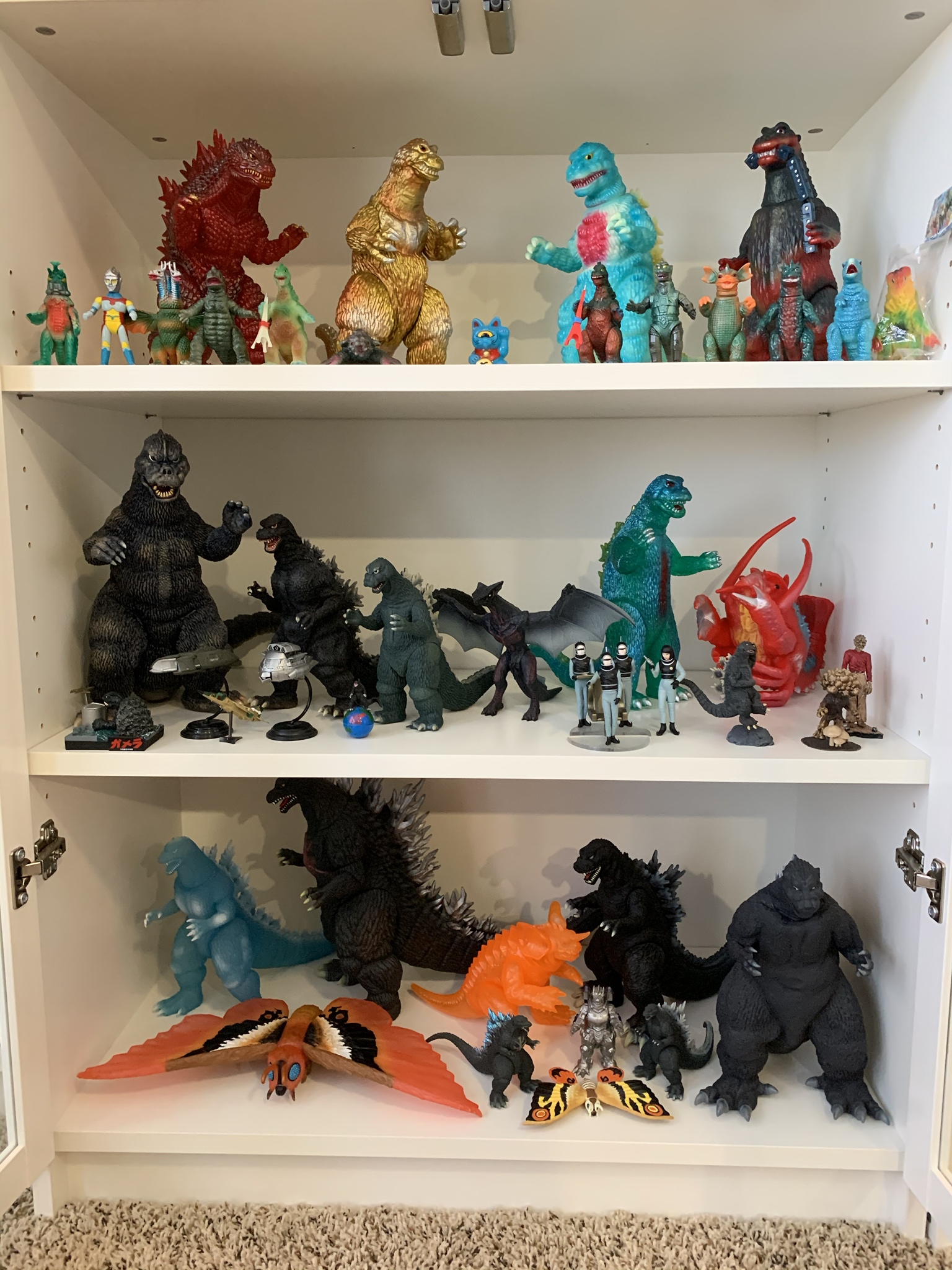 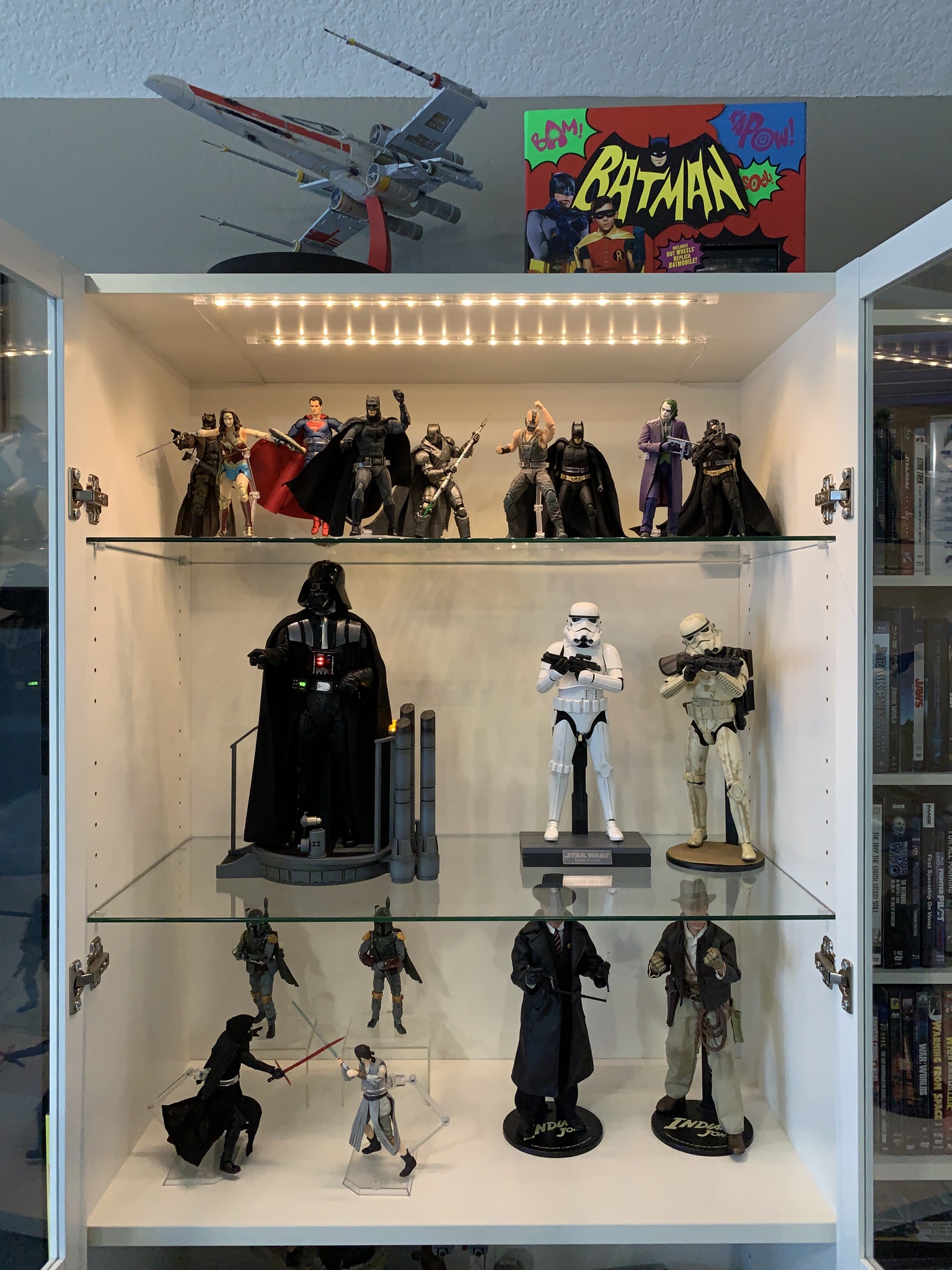 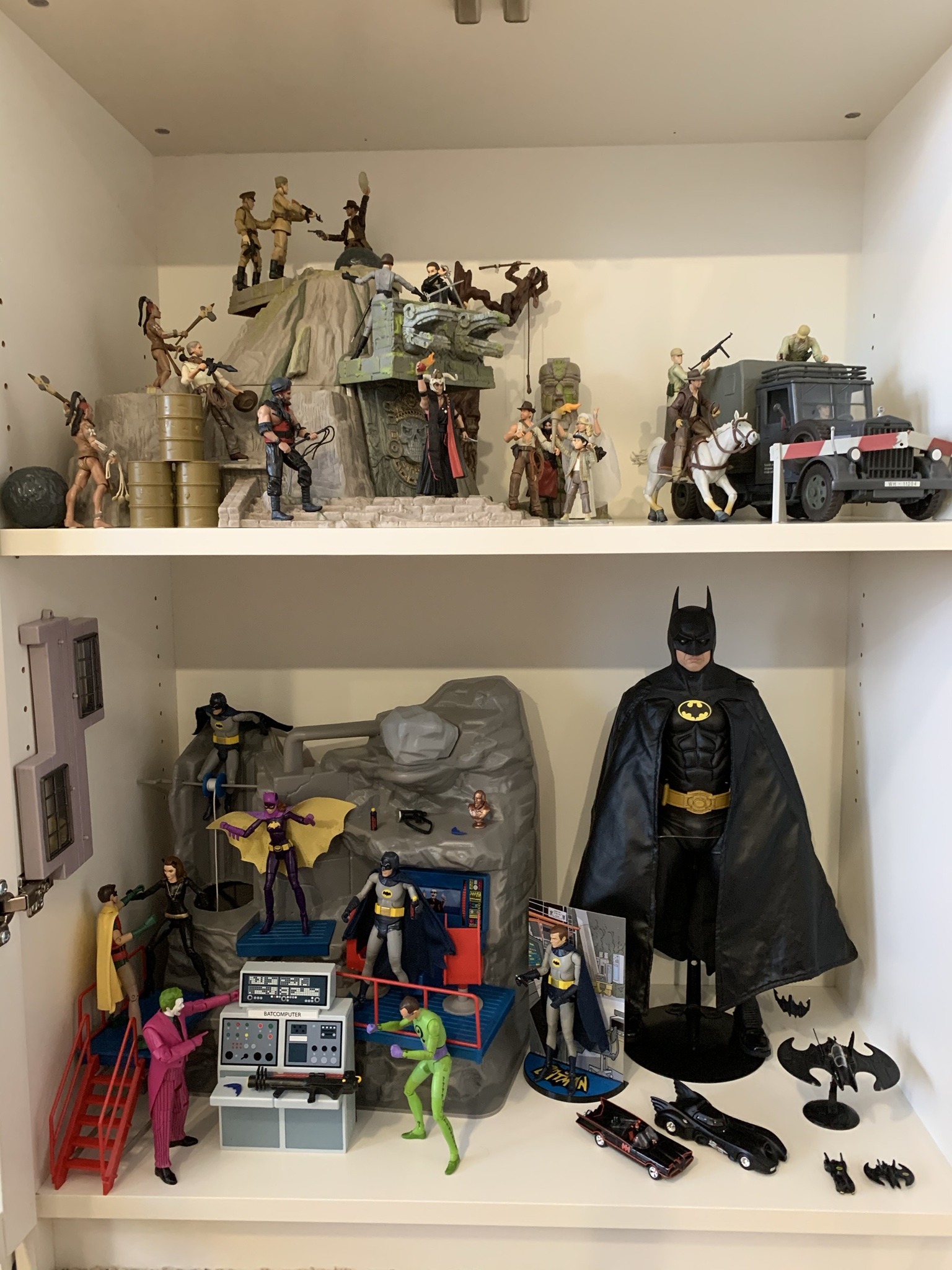 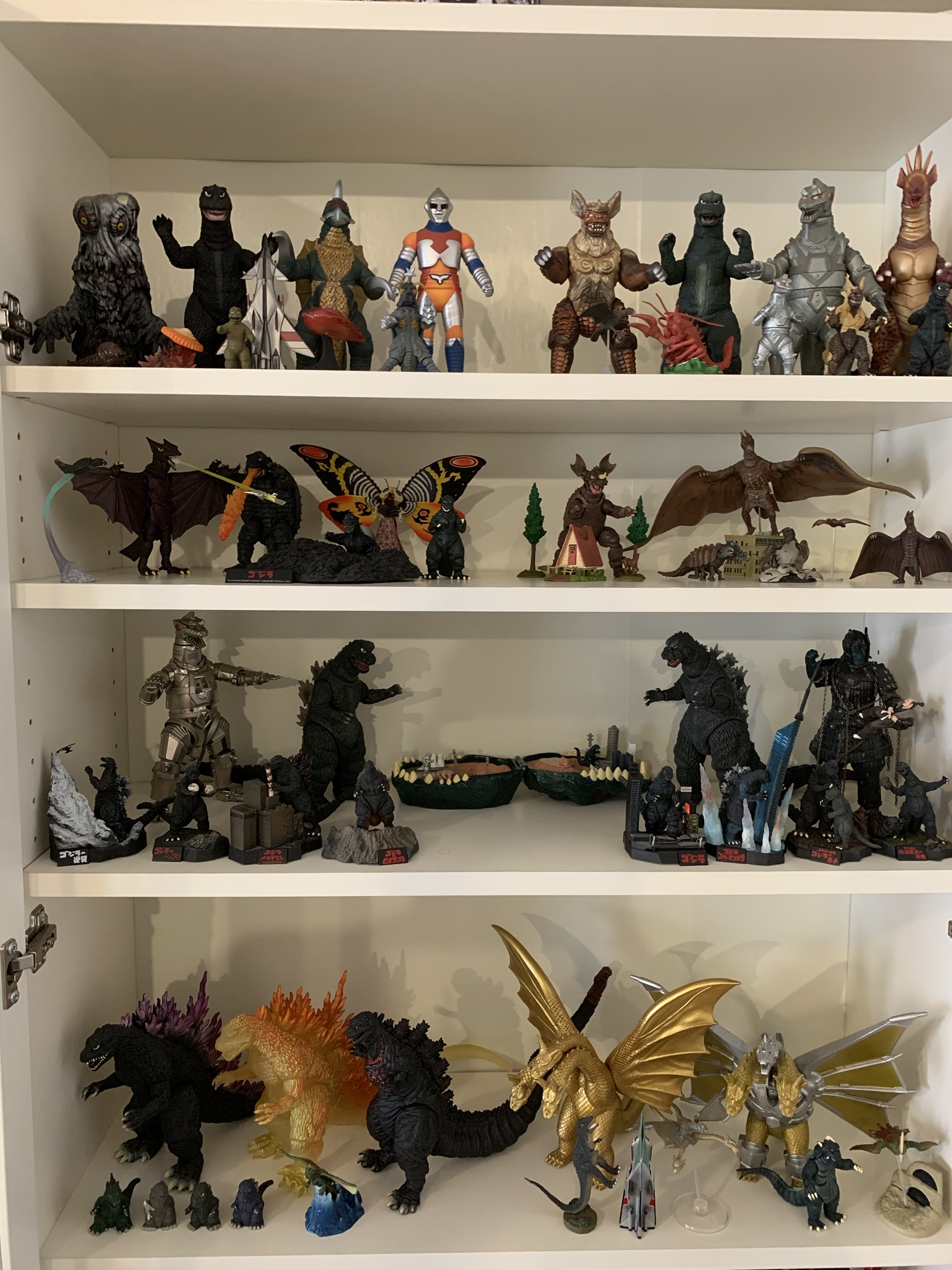 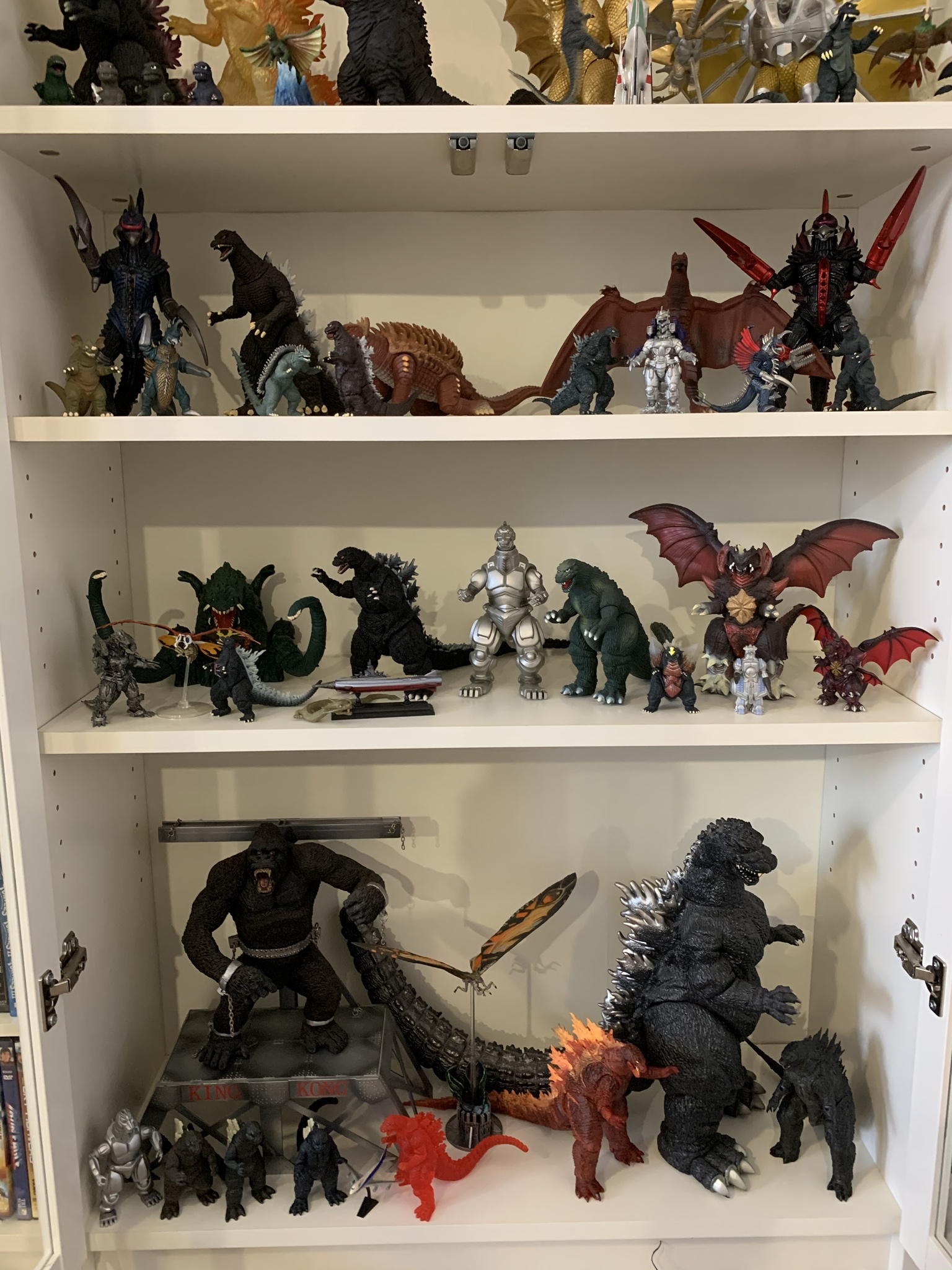 Those are all fair points, but I would challenge the claim of color accuracy. I’d say the colors of both are very good (and there are multiple color-timing options to choose from with 4K77 already). Personally I prefer the colors on 4K77 for a couple reasons. One, the original release was timed to match how the print actually looks. And two, while DeEd’s colors are good, they still occasionally suffer from the horrible color timing of the official BD’s creeping through in minor ways.

But really the difference in colors is so minor as to almost not even be worth arguing over. At least to me.

Eh, I’d still argue in favor of 4K77 over despecialized. Even Harmy himself has gone on record as saying he’d recommend it over his current work. It has several things going for it. First and most importantly, it’s a faithful scan of original 1977 sources and not a fan made reconstruction. Secondly it’s available in higher resolution (despecialized is 720p whereas 4K77 can be had in 1080p or 4K).

While I don’t think the natural film grain will be an issue for your kids (it wasn’t for mine), there are several different DNR versions of 4K77 that reduce and smooth out the graininess to varying degrees to suit your preference.

Well, you’ve made it this far so kudos to you!

I’d say get yourself some of the better fan restorations/preservations and show him the original cuts. I showed my kids (ages 5 and 3) the original cuts of the original trilogy in this way earlier this year and it was a great experience all around.

I’d personally go for 4K77 for Star Wars, harmy’s despecialized 2.0 for The Empire Strikes Back, and 4K83 for Return of the Jedi. I’m sorry I’m not much help in regards to obtaining these versions but I’m sure some of the helpful people on this board will jump in and help point you in the right direction.

Oh man, I need this in my life! (Check out the interior!!)

Jedit:
This ESB themed one is pretty awesome too!
https://www.magicjump.com/licensed_inflatables/star_wars_50_obstacle_course_wet_or_dry/695/