If the whole purpose of the PT is to show “the tragedy of Darth Vader”; then it shouldn’t be about how someone lost the one he loved then became the very thing he was fighting against, but about the rise and fall of The Hero, if that makes sense.

“To protect you both from the Emperor, you were hidden from your father when you were born. The Emperor knew as I did that if Anakin were to have any offspring, they would be a threat to him”

This would mean that Vader/Anakin didn’t know that he had a son in ANH or that his wife was pregnant when he turned to the dark side. This would make sense since the closest he came to know who Luke was in ANH is in the DS trench run when he says “The force is strong with this one”.

The best way to fix this in the PT is to overdub the dialogue between Anakin and Padme when she reveals she’s pregnant to him and have the visions of her dying in childbirth removed and make his turn to the dark side a seduction of power. Then on Polis Massa, when the GH-7 medical analysis unit is speaking to Obi-Wan is when it reveals she’s carrying twins, with both of them being nameless and genderless when they’re born.

So if I’m understanding it correctly, this is how the 1986 JSC of SW:ANH differs from the May 1977 35MM Theatrical version with the exception of the 1981 title crawl

So the pre-1985 home media releases and the GOUT DVD contain the 35MM Stereo mix.

Your right. I’ve been meaning to say fault-free releases.

What about the 1995 Faces releases? Were there any issues with those?

Even with the GOUT DVD’s being sourced from the 1993 USDC inheriting all of it’s technical issues, there really hasn’t been a decent retail release for the theatrical versions of the OT with the exception of the JSC.

Since my main focus is on the OT’s continuity and how the ST could’ve been different, I don’t want to create any changes that’d ruin it for PT fans. This makes a problem when trying to change one of the lines in TFA.

I don’t know where else to ask for good ideas because, while I do have some of my own, it mainly relates to what could’ve been before the PT.

What would be a good line for Kylo Ren to say to General Hux that refers to what could’ve been before the Stormtroopers and doesn’t ruin it for PT viewers?

For a more straightforward callback, there is a battle droid in Babu Frik’s droid shop in TROS.

The battle droid is still there. 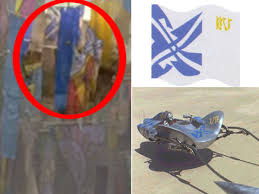 Were any SFX heard that was taken from the PT? for example ship engines, blaster shots, droid sounds, etc.

Are there any other objects or ships like the ones already mentioned that appear throughout the ST?

“The dark side of the force is a pathway to many abilities some consider to be unnatural.” Was said in TROS.

What other lines from the PT were quoted in the ST?

For a more straightforward callback, there is a battle droid in Babu Frik’s droid shop in TROS.

SUMMARY
When I first watched TFA, it seemed that Disney/Lucasfilm was trying to omit the PT as if it never happened, like showing that the force wasn’t midichlorians but something supernatural. Then in TLJ, Luke says to Rey, “At the height of their powers, they allowed Darth Sidious to rise, create the Empire, and wipe them out.” By the TROS, it was all over the place to where it was clear that Disney/Lucasfilm had fully integrated them into their canon of the Skywalker Saga.

INTENTION
I didn’t mind when this happened, even though there were certain things about TROS that I didn’t like. For someone like me who doesn’t really like the PT and prefers to come up with their own continuity based on what was heard and depicted in the OT, the purpose of these fan edit is to remove all direct PT references that restricts the canon of it to the ST without changing anything else about the films.

OVERALL
All scenes within the ST making direct PT references will be removed. These changes will only be minimal. Throughout the ST using sound-alikes, only 4 dialogue sequences from Luke, Lor San Tekka, and Kylo Ren will be changed, and 7 voice redubs for Obi-Wan and Anakin to have them speak as their OT counterparts, with Anakin speaking as Sebastian Shaw.

THE RISE OF SKYWALKER
During the scene when Rey hears the voices of deceased Jedi speaking to her, Obi-Wan and Anakin’s dialogue will be redubbed

The Jedi voices and the Nubian battleships in the climax of TRoS.

Where in the climax did you see Nubian battleships?

I’ve never heard of Nubian ships being established anywhere about it during that scene.

The Jedi voices and the Nubian battleships in the climax of TRoS.

Where in the climax did you see Nubian battleships?

Just like how ANH-RHD will be incorporating elements from RO, what are some of the things in TESB:R that were changed from what was shown in the Disney films?

Without counting the scenes where the term “Sith” is used, this is a list of all the direct references to the PT that are either mentioned or depicted in Disney’s ST.

THE RISE OF SKYWALKER

With the crossovers that’ll be happening on the upcoming Ahsoka, Rangers of the New Republic, and future Mandalorian episodes culminating in a “climactic story event”; there’s no doubt that the upcoming SW films will incorporate these crossovers from the shows into the films like the way the MCU will be doing now

If there was more dialogue to pull from Vader to make it work, I’d like that change. But it still sticks out unfortunately.

Even with the new series and they were able to get Earl Jones again, it be hard to imagine him saying “mother” … but there can be more syllables to pull from to make it. Who knows.

It doesn’t have to be Vader saying “mother”, just James Earl Jones. He’s said Mother !ucker in a movie or two, plus he read the bible for an audiobook. There are also a few great impersonators on YouTube. If Adywan decides to do it , he’ll have a few different options to try and make it work.

Adywan has said he’s already in touch with a Vader sound alike if he decides to make this change.

/\ In truth that speaks more to Shaw being miscast in the first place than it does to a 78 year old Prowse being right.

But my point remains that I think Prowse had a better face for Vader under the mask than Shaw did, and for what it’s worth I also think he had ‘a better right’ to be Vader, to be seen just once on the big screen without that mask on - but that’s a sentimental viewpoint and perhaps it has no place in the movie business.

If there was some way to put Prowse in that position in Revisited it would be cool, and the documentary reshoot footage might potentially provide that, but I understand the difficulties might be insurmountable…

So in TESB when you see the back of Vader’s head when the helmet is being lowered, who was that portraying him? Was that Prowse?

This was a movie I had scene a clip of on youtube. A man walks into a room full of a crowd of people who are all standing still while staring in awe with gaping mouths at someone playing a guitar off screen. That’s all I got.

This was probably a UK film.

I really wish the action at Jabba’s would have taken place on a lush, tropical rainforest type planet. That would have added new visual flair to the film & it seems like a place where slug-like creatures would thrive.
Also, the Sarlaac being the gaping maw of a huge, beautiful flower would be better than a hole in the sand.

100% this. The only thing a planet like that would need is a good name.

Still need any cash for this?

Any amount would be greatly appreciated.

Are you still needing donation for this?

Yes, donations are still being accepted.