There was a photo taken on set, where the photographer must have stood next to the camera. So I patched this together from that photo and a screenshot from the movie. 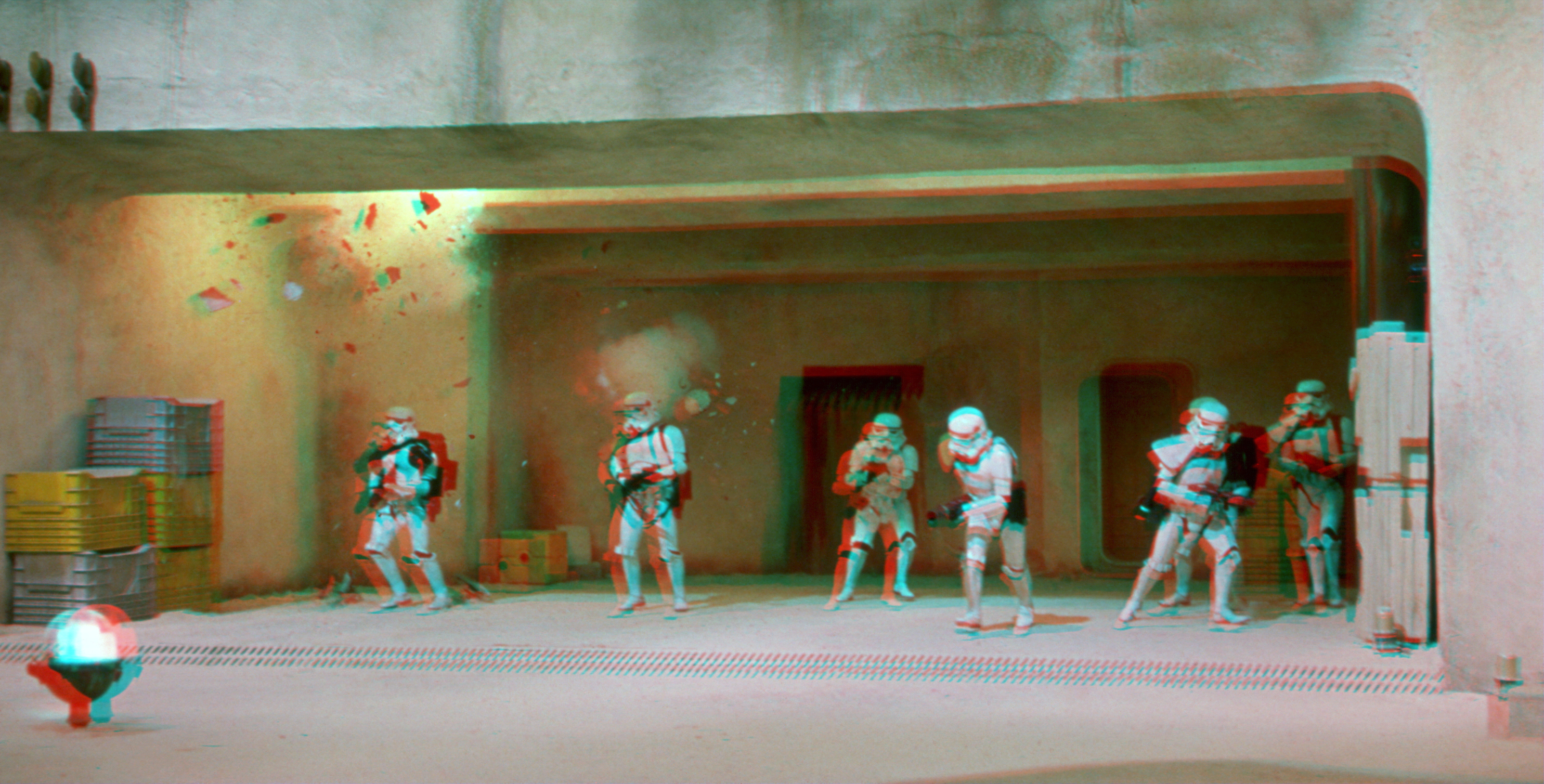 It’d be interesting to know what special features come with the movies. I for one hope, that all the trailers for the OT will be on there in at least HD. Those were missing from the BD Set. I could finally work on my german trailers again. I’m also with Dr. Dre here, 95% of the UHD OT is what I want. We can work with that to create the best looking OOT to date.
For the sake of preservation we have the 4Kxx versions. But for my viewing pleasure I wouldn’t mind a mix of the recomposited effects (which I like), but all CGI (which I don’t like) and otherwise altered scenes (Greedo, etc.) replaced with the original scenes from the 4Kxx versions.
So, although I swore to never buy a version of SW again unless it’s the OUT, the picture quality is quite tempting.

Mocata said:
I don’t understand why they needed to jump more than once though, it just seemed like a random Guardians of the Galaxy scene they wanted to copy.

They had to jump more than once, because the TIEs forgot they can’t jump into hyperspace.

I liked Chewie loosing it over Leia’s death.
This was probably the best movie for 3P0.
The chemistry between Rey, Poe and Finn.
Keri Russell’s eyes.

DominicCobb said:
Honestly the big thing I wonder is are we working towards a version of this show where we see him without the mask more often than not? That’s kind of what I’d prefer, as we get to know him more deeply, but who’s to say. I’m sure as the years go on Pascal will be less and less available.

I’d still prefer the bucket stayed on. Two reasons: first, that’s what I wanted for Boba Fett all those years ago. I thought, taking his helmet off was some kind of blasphemy. I wanted to keep the mystery. And then came the prequels and all that clone shit. Oh well.
Second, in Germany, he is dubbed by Sascha Rotermund, who is by far one of the best voice actors we have. And it fits to the Mandalorian. As long as the helmet stays on. It doesn’t fit for Pascal.

By the way, I heard somewhere that in the Bryce Dallas Howard episode (Sanctuary) Pascal didn’t play Mando, as he was doing a play on Broadway.

canofhumdingers said:
Not the fact that he choked people with his mind, single handedly shot down a big chunk of the rebels’ fighter pilots, caught laser blasts with his hand, used the force to pummel Luke with stuff he was ripping out of the walls, and so on.

Yeah, you’re right. He did all those things. But he looked way more powerful as he did it calmly and slowly and didn’t wave his arms and hands around like he was trying to conduct Beethoven’s “Ode an die Freude”.
Anyway, you like it, I don’t, let’s just agree we disagree. I was just listing my reasons why I’m not looking forward to this show.

I don’t even remember who that is.
Vader was there to deliver puns, squeeze some guys balls and being menacing because of his skills and not his presence alone. #notmyvader

I honestly don’t remember. I have seen the movie twice, and just remember I couldn’t relate to any of the characters, especially Ando Carissan (I’d like to buy two L and an I), therefore I didn’t care if they were successful or if they survived or not. Not to mention the further damage done to Darth Vader’s character. I’d have to watch it again to come up with specific reasons, why I dislike him so much, but I don’t intend to, unless it’s a version without Special Effects and cut to only Alan Tudyk’s scenes.

But I have to admit, I might give it a chance. It could be as awesome as the Mandalorian, if the right people worked on it. Filoni managed to make Anakin a likeable character. I watched the hell out of The Clone Wars, but I still won’t watch any of the Prequels ever again.

Great. The most unlikable character from the worst of the Disney movies gets his own show. Yay!

Imho, the ships in the first scene were always too grey/blue since the Special Edition. The Stardestroyers had a slight beige tone while the other ships were bluish grey. And Endor had a little bit of green. So I fiddled a little bit with a 4K83 screenshot. Maybe the TIEs are a little bit too purple. What do you think?

Why are most of paja’s picture links kaputt?

WERE TRYING TO PROTECT YOU 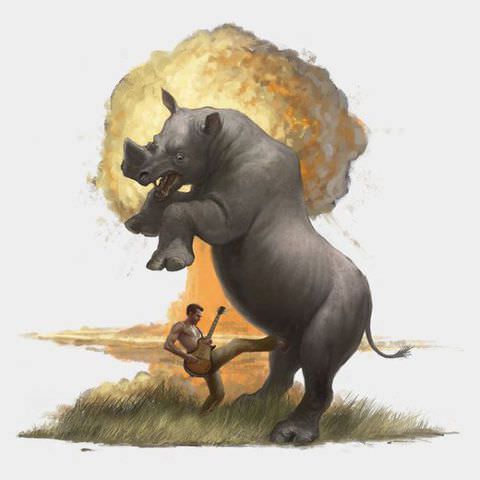 Why are most of paja’s picture links kaputt?

[EDIT] Okay, it seems to be only the twimg links.

Thanks, I already tried that. He didn’t answer.

Does anyone have these (and maybe more) clip arts by Michael Butkus in higher resolution? 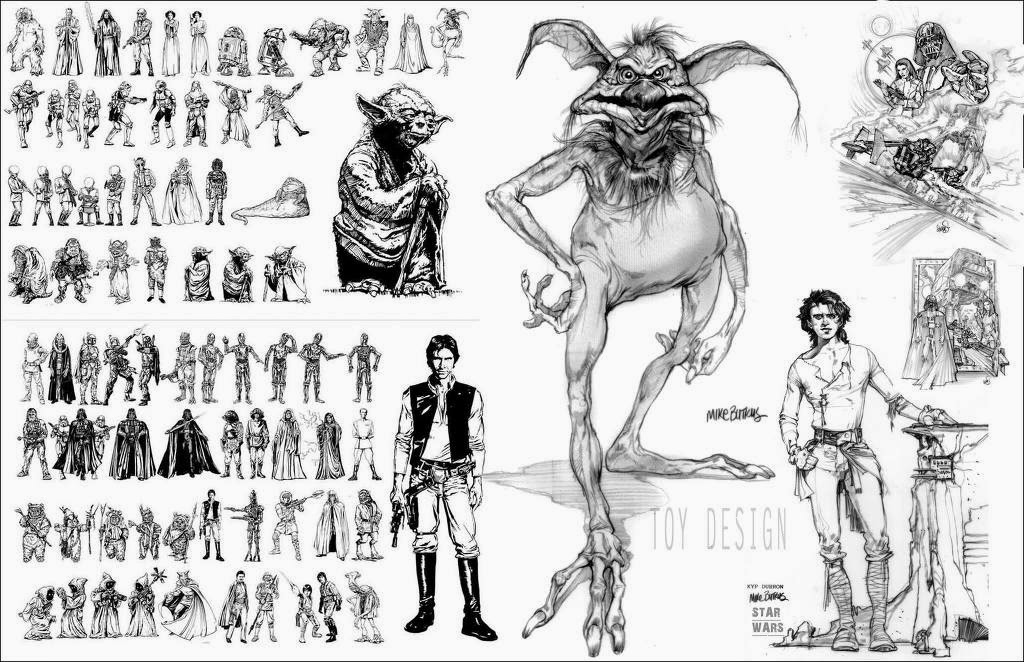 Finished season 3 of Person of Interest.

Holy crap did this show go from aggressively average to fucking fantastic. Glad I forced myself through the procedural chunk of the show and made it to the awesome sci-fi, it was well worth it.

I’m also very tempted to put Amy Acker’s character in this above Fred/Illyria from Angel. I’ll wait until I’ve finished out the show to make that call, though.

This became one of my favorite shows of the last years. It took some time for me to watch it, because what I heard about the story wasn’t very appealing (a machine that can see the future? Minority Report, anyone?). But it’s thrilling as hell, funny, and I’m emotionally invested in every main character.

I’m still waiting for a soundtrack album for season 5, though!

Also A Series of Unfortunate Events Season 2: really good and I love NPH’s performance as much as I hate Carrey’s.

Time for you and Dek to slug it out.

Don’t get me wrong, I like some of Carrey’s movies, but in the case of ASOUE…
NPH is Count Olaf, Jim Carrey is… well, just Jim Carrey.

Westworld.
Yes I know, I’m late to the party, but I binged it a couple of weeks ago totally unspoiled.
And. I. Was. Blewn. Away.
One of the best series I’ve seen in a long time.

I haven’t watched the video oojason linked as I try to watch season 2 as unspoiled as possible.

Also A Series of Unfortunate Events Season 2: really good and I love NPH’s performance as much as I hate Carrey’s.

I worked on a private Avatar project myself before I got distracted by another project which consumed 6 months of my life. I also got the very nice looking 1080p upscale and tried to make it the ultmate german version (with german and english audio tracks, all commentary tracks and subtitles for english, german and commentaries). Now I’ll wait what the blu-ray provides and maybe get back to it.

What’s interesting is that there’s no difference in speed between the PAL and NTSC release.

Avatar - The Last Airbender is coming to Blu-ray officially. Happyhappyjoyjoy!

Yeah, don’t get your expectations too high.
I had a similar situation. My parents got divorced when I was 6 years old. I lived with my father, since my mother had no interest in me (she was 19 when I was born, and it seems that she didn’t know that having a baby is a lot of work).I Had a rough time then, living with my father, his sister and her husband, abused by my cousin, then living with foster parents for two years (that was a great, finally a family that treated me well). During that time I had contact with my mother, but I can’t remember how often. Then my dad got married again and we moved together to a new home. I never had contact with my mother until I was 19 or 20. Then one day she wrote a letter. I carried it around for about 2 weeks before I finally read it. It took me another two weeks to write an answer. After a hesitant start we called each other every week. I visited her twice in that time, one time we went out for lunch with her mother. All I remember is that my grandmother was all teared up when she saw me. I really can’t remember how I felt about that meeting. I tend to suppress stuff like that. A couple of months later my grandmother died. I didn’t know what to say to my mother, other than “I’m sorry”. I never built a relationship with that woman, so I never saw her as my grandmother.
My mother married her boyfriend and told me afterwards. I felt conflicted. It was okay for me that she got married, but I would liked to have known before she actually did it. Anyway, she called one day and told me she’d be on a vacation for a couple of weeks and would call when she’s back. That was about 15 years ago. Still no phone call.
I think she only contacted me to do her mother a favor. She had no real interest in me. And after all these years I really lost all interest in her.

I really, really hope that you will make a better experience than I did.

And we all know what a long and prosperously career that turned out to be.

But still one of the best Bond movies.

I would be interested in the IMAX scene as well.