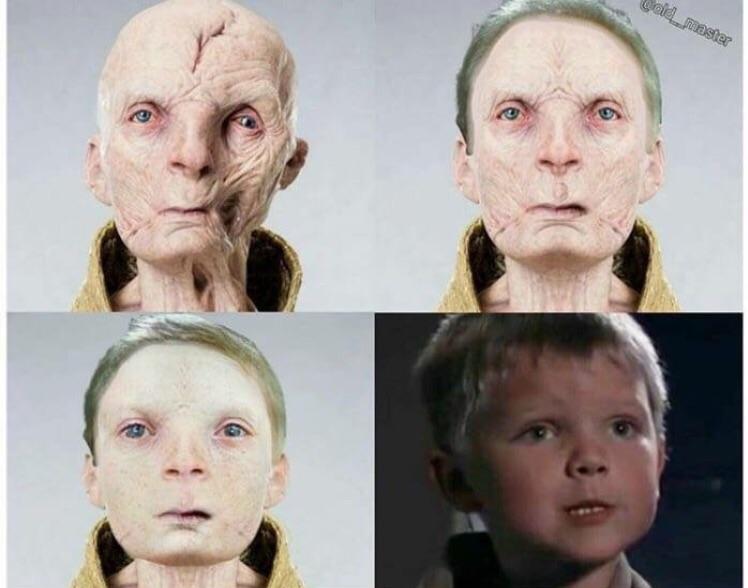 The 2nd Ant-Man movie looks cool. Can’t wait to watch it in the theater.

Damn. I accidentally clicked the Post button, instead of the next page button.

I wonder what JJ Abrams is going to do for the 3rd movie. I hope we see more of R2D2 & Chewbacca.

Apparently JJ has said he wants to bring all three trilogies together. I hope that’s true, because even if X does come out I’m going to deny its existence and IX will be my last episode. Plus, I hope to see more prequels since we haven’t gotten more than a few references in a line or two in each movie so far

Hmm, that sounds interesting. Well, only time will tell.

Damn. I accidentally clicked the Post button, instead of the next page button.

I wonder what JJ Abrams is going to do for the 3rd movie. I hope we see more of R2D2 & Chewbacca.

LOL! Then Harmy can make a DESPECIALIZED version of TFA.

😄 First I cobbled together a replacement background using frames from the movie and some painting. I then inserted that background over the original shot and made it follow the camera movement, and added new film noise over it to match the rest of the shot. I then cut out the unnecessary bits of the replacement background so it only covers Kylo Ren and a little bit of background and leaves Hux intact. This is how I did the timecode removal for the deleted scenes as well, even though that was more complex.

DAMN! You truly are an amazing Space Wizard Video Editor!

Should I watch TFA Restructured v1, or wait for v2?

Wait for v2. v1 has the concept right, but v2 will have every little tweak needed to make it work so as to replace the original theatrical cut.
I’m also quite thrilled about coming fanedits that are going to use V2 as the base !

Great work guys. These clips look really good. I can’t wait to check it out. Should I watch TFA Restructured v1, or wait for v2? Maybe I’ll watch both, to see the evolution of the edit.

Disney seems bent on remaking everything except Song Of The South at this point. I would be up for a new version of The Black Cauldron though.

I second the motion for a new version of The Black Cauldron.

I can’t wait for the Christmas Special. However, I did see the costume of the female doctor, and it looks bad.

I think I could easily get into Electric Youth - a nice flashback to good old 80’s, the girl can sing, they have a great sound, with a good 80’s style visuals too in a few videos too 😃

This song sounds familiar. I probably heard in some random commercials and movies. It is very 80’s.

If you do finish your fan edit in two-thousand-one-hundred-and-nineteen, don’t release it the same weekend as EP 9.

oojason said:
I love these type of retro covers… Those CBS-Fox boxes are awesome. I remember when they were current. Fantastic work with these retro covers of late. That one has to be my favorite so far.

Does anyone else miss the CBS/Fox logo fanfare at the beginning of a Star Wars video? Rewatching an OT LD recently reminded me how much I associate it with Star Wars.

Awww, those old CBS FOX Home Video logos. That takes me back, I was even humming the tune while watching that clip. Those were the days.

Hehe. The Underpants Gnomes would be proud of that plan!

That’s a cool Crawl intro. Hmm, maybe I’ll watch that when I binge the Star Wars movies before The Last Jedi.

Mr Torrence’s eyes are rather freaky!

There’s probably a bizarre and confusing story behind the film, because I once rented it thinking it was the JTTCOTE remake with Emo Phillips and FX by some Star Wars alumni I had read about in Starlog years before, and it abruptly left turns into Alien From L.A. part II. Even more maddening is a creature from the Emo version is on the DVD cover but not in this cobbled together mess.
The film would be even more confusing to anyone who never saw AFLA. I presume Cannon films inexplicably had everyone except Kathy Ireland under contract for a sequel.

Hmm, never heard of these movies. I may have to check them out. Watching both trailers made me think of the live action Super Mario Bros. movie.

That was very funny.

Not that I’m aware of, I hadn’t even thought of that. Not sure if it’s doable, but it’d be an interesting experiment.

Yes, atleast to experiment on a small scene and try to make the lip sync better. Even getting a little closer would be an improvement. However, it would also ruin the charm the movies currently have.

I’m dying to know though, would you watch MLP if your children didn’t watch it? That’s the ultimate question.

The answer is obviously yes. He’s already said he likes it quite a bit.

JEDIT: There you go.

Well this is the first I’m seeing of it.

I would watch it less frequently and I wouldn’t go to the theatre to watch it, but I would still watch it.

I do not, however, watch anime nor nitpick about how english subtitles with original japanese VO are superior to english dubs.

Regardless of country of origin, the original voicework with subtitles is always superior to an english dub. I had to watch a load of foreign films in college and the english dubs were always unwatchable.

There are some exceptions, like Spaghetti Westerns. They dubbed some of the actors lines in English, since they originally spoke in their native tongue.

Technically, most spaghetti westerns are dubs no matter what, since they were filmed silent to save money and they just had the actors speak in their native language on set (English, Italian, and Spanish most of the time). All dialogue was dubbed in after the fact for every language, even the “original” Italian.

That’s why some of the sync in, say, The Good, the Bad, and the Ugly - even for the American actors who spoke English on set and dubbed themselves for the English track - is obviously off so much of the time.

So for most spaghetti westerns, there really is no “original” audio track.

Also, I have to say that while I agree wholeheartedly about seeing live action material in its original language with subs, for animated stuff I’ll usually go for the dub, though I usually try to give the original a listen, if not the first time through, and sometimes I end up preferring the sub even for animated stuff. I still don’t like Spike’s English voice for Cowboy Bebop because I watched it subbed first and the personalities are just so different…

True, makes sense. Are there any fan projects where people tried to lip sync the dubbed audio to the video? I know it would be painstaking task, but it would be cool.

^Awesome. That’s one of the known “secrets” Italians have been doing forever. The more variety of meats you add to the sauce, the better it becomes. Also, you can start off by cooking chopped onions with garlic and oil in the pot, before adding the tomato sauce and meat. Even adding half a green pepper cut into a few pieces enhances the sauce. 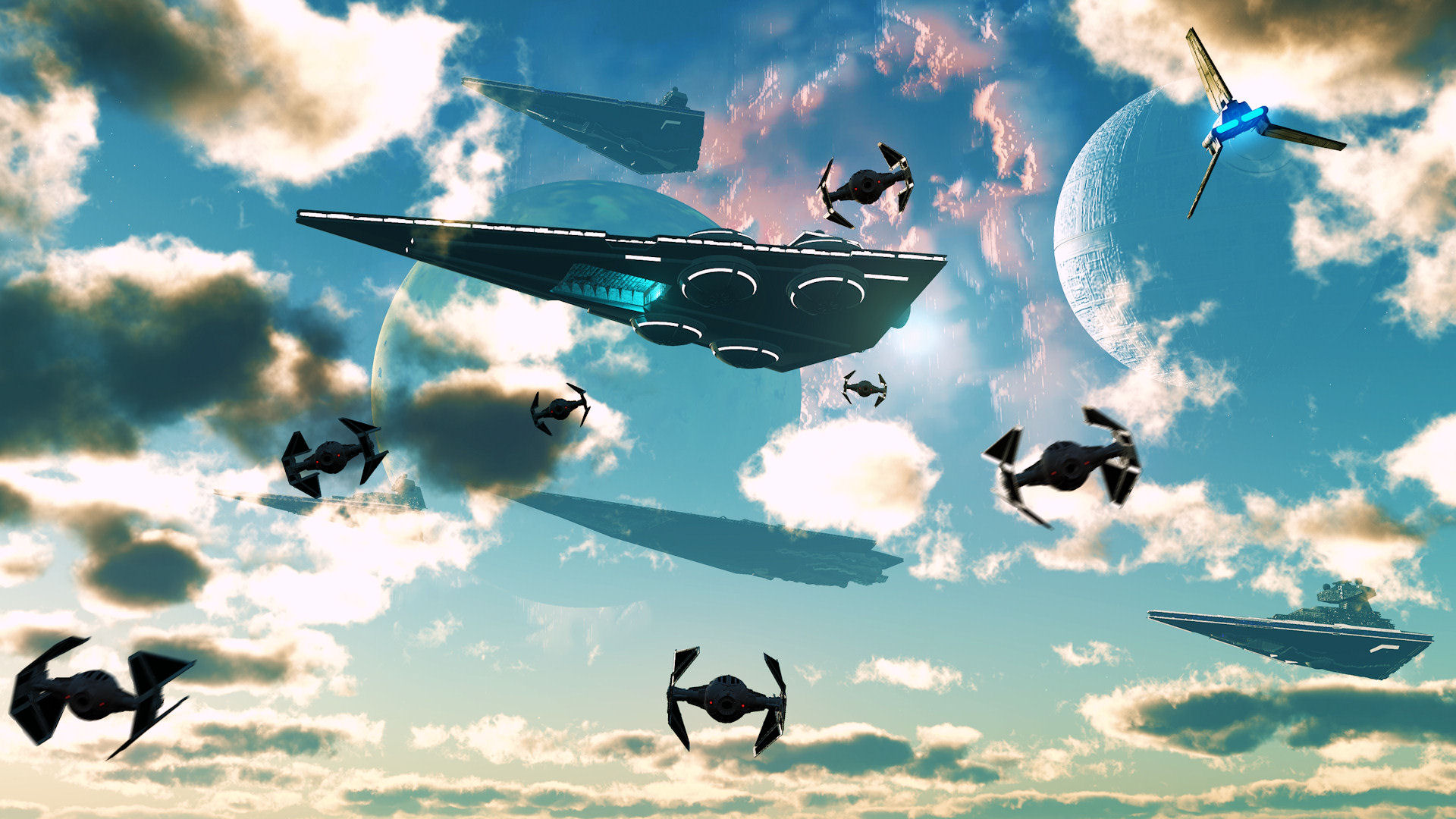 Very funny scenes to your grand masterpiece. I can’t wait for 2019, that’s when we’ll all be able to experience the movie in all its glory.