Only a matter of time before video evidence is inadmissible in trials.

One would have to have a lot of footage to deepfake a non famous person though?

I’m amazed and terrified at how good this stuff is getting.

In my opinion, the original Star Wars will only be released after George Lucas dies. Disney clearly wants the original versions to be released, but they will never have the guts to go against his wishes while he’s still alive. After he dies, they’ll probably still hold off the release for a few years in order to avoid seeming insensitive, but after a while they’ll release the original.

After dumping his final production Strange Magic and blowing off his ideas for the sequels, I have doubts that they are really that considerate of his wishes.

As always, restoring the film is pocket change compared to what is spent on other Disney properties. Lucas was the only one saying it would be costly, because he never wanted to do it in the first place. Disney has spent money on restoring Song Of The South, and that will be released on video when Walt’s head is defrosted. They’ll make their money back on a OOT restoration.

Lucas sold the moisture farm to Disney and essentially retired. What wrathful act is he going to do if the OOT was released? TP Disneyland?

And imagine being the guy who ran the negative through that chemical bath! Not sure I could live with myself if I’d partially destroyed Star Wars. I felt guilty tossing a silent B&W Ken Films SW reel my old projector chewed up. 😉

It would depend on what aperture plate was in the projector at the time? I got to see it on 35mm back 2006, and while technically framed for the 1:85 screen in the theater, the extra picture info was faintly visible above and below the screen.

The airliner in flight shot on the 4K is cropped where previous editions have not.

Here’s a 35mm frame for you. Not the exact one, but pretty close. 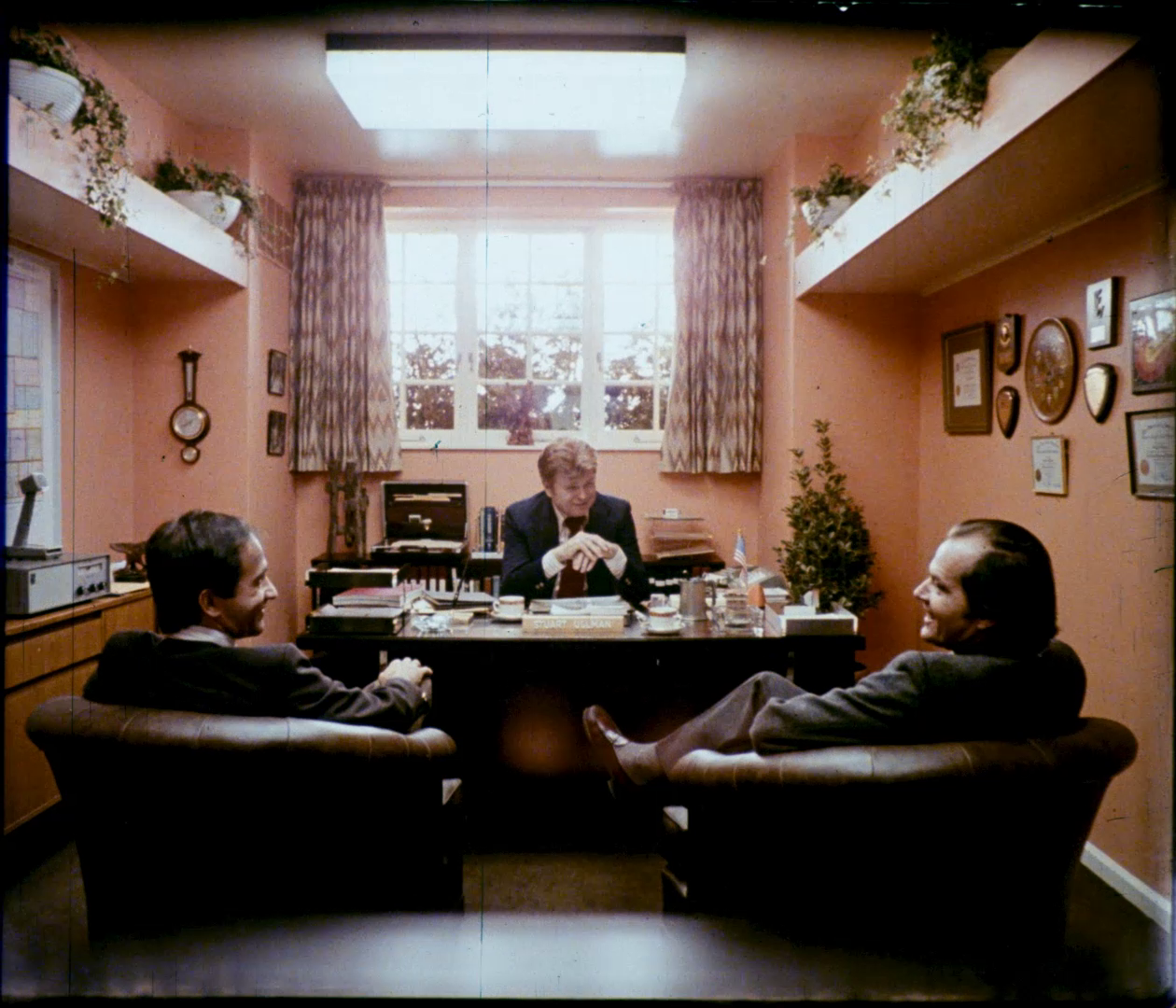 Maybe a super high end editing deck or industrial unit, but I’ve never spotted one in the wild.

I do think it’s pretty easy for people in the video-enthusiast camp (i.e. you care a lot about compression artifacts) to overestimate how much bigger the average consumer market (people who care a lot more about ease of access) is. Why would Disney continue to release physical media?

Perhaps they’ll care when people start hitting their friendly local neighborhood data caps. Not everybody in the country has fiber optic lines. A Frontier technician once told me it would take an act of congress to get the copper lines replaced in my old neighborhood. Internet speeds were abysmal for streaming there.

Yeah, the average consumer doesn’t really care much about the SE vs OOT, or if a poster year matches the year the version they’re watching was made. Why would they? Obi Wan fights Darth Vader and Luke blows up the Death Star - it’s the same movie in most people’s minds.

Laserdiscs were always dual channel regardless of the audio track. There was no 1.0 mode like DVD or Blu Ray. A mono track could be put on one channel to accommodate a commentary on the other, but a viewer would have to manually select either track or both would be heard at the same time. The addition of digital sound to the format in the mid 80’s allowed for four mono tracks, (two digital, two analog) but this was rarely done.

Sony was able to get studios to release quite a lot on Video 8. There were even Disney titles. Two SoCal electronics stores I used to haunt back in the 90’s carried a bunch of them. It might have gone hand in hand with being an official Sony dealer. I can’t seem to find any domestic CBS/Fox titles on Ebay though. ROTJ would have come out well within the time frame of of Video 8 releases.
It can be tricky to search for Video 8 titles as a lot of Super 8 gear gets lumped into the results.

I briefly considered Video 8 titles as an alternate source for PCM tracks that can’t be found on Laserdisc, but Sony never seems to have made a 8mm deck with a digital out jack.

I’ve seen Japanese copies on Ebay, not sure if they were released in the U.S. or not.

A PAL copy of ROTJ featured in one of techmoan’s videos on Sony 8mm Video Walkman gear.
https://youtu.be/pdObeF9VHiA

Using original poster art is like false advertising at this point.

Possibly the Dolby Digital print has the 5.1 remix from the early 2000’s and an optical stereo track. I would think a dual mono track insured compatibility with projectors with a stereo sound head?

Haha! I was pretty surprised to actually see it on Disney+ when I was scrolling thru the other day. I thought for sure they were going to try burying the evidence of it ever having existed, but there it was! And it turns out the only thing I actually remember about the movie is John Byner voicing Gurgi (munchies and crunchies!)

It’s been on DVD twice.

I could see Disney doing a massive set of their animated films, which would then be the only way to get The Black Cauldron, just to tick me off. 😉

And nothing on the package to indicate they’re the 2011 masters? What a rip off.

Mind you, this is an old screencap from a few years back. 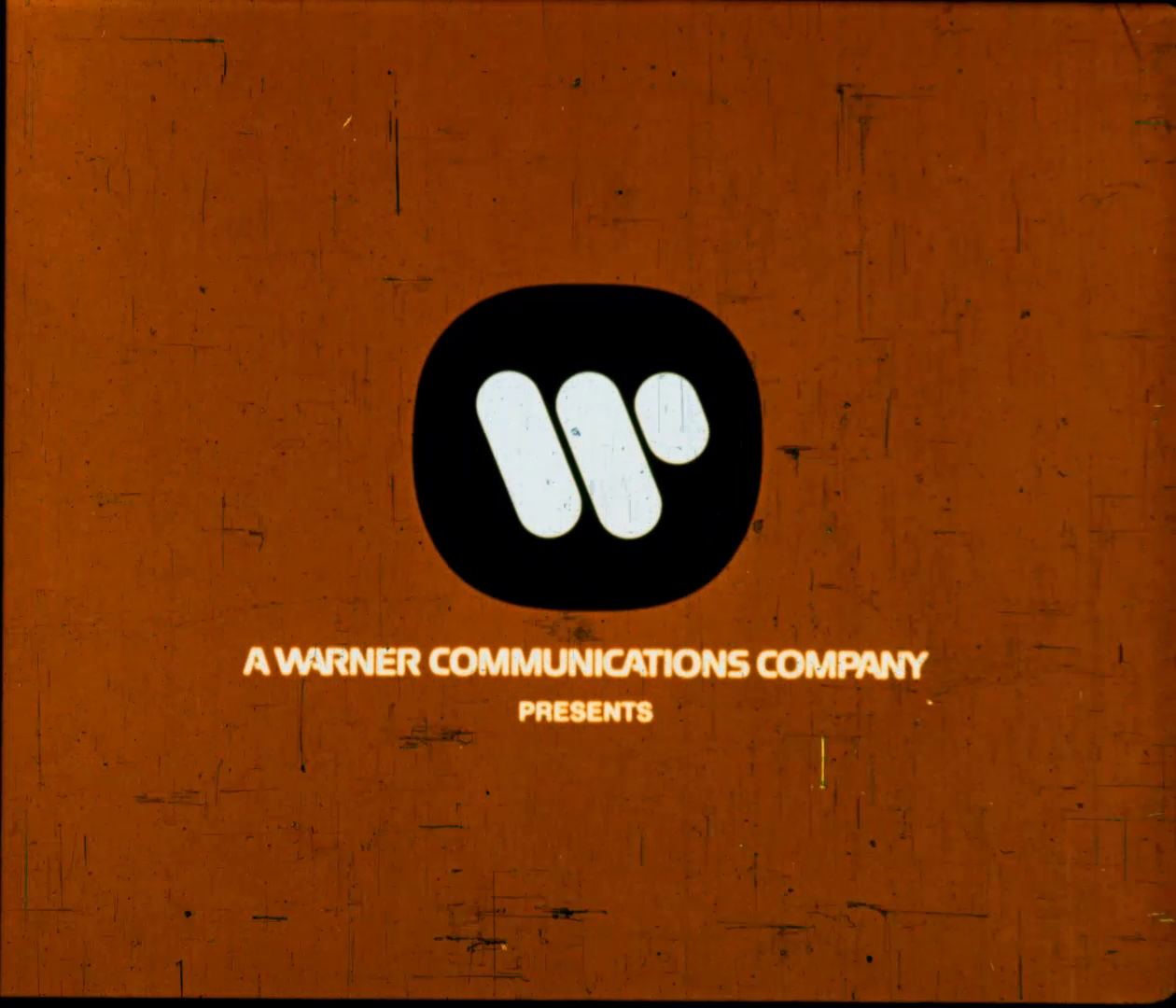 You mean these?
https://www.ebay.com/itm/Lot-The-Ewok-Adventure-1984-35mm-Film-Cell-Movie-Filmcells-Strip-Star-Wars/264769672800
Someone with better eyesight than I have currently will have to check to see if there are any shots here not in the trailer.

I paid around $40-50 for a factory sealed copy of one of them on ebay well over a decade ago. It was a gap in my SW LD collection I wanted to fill. It’s all supply and demand with Laserdiscs. And going by sold ebay listings, demand is high. I doubt they were pressed in the same numbers as the OT or Phantom Menace.

And if THAT was what Lucas called “Disney-picture” Star Wars, imagine what he thought would be the “teenage” version…

I don’t recall any charred corpses, severed limbs, or entire planets being blown to bits in any pre-1977 Disney movies. 😉

IIRC, chunky Hal may have resulted from modelling it on the only known surviving 2001 faceplate, which is above the door to the brain room, barely glimpsed in the movie, and not quite like the others. 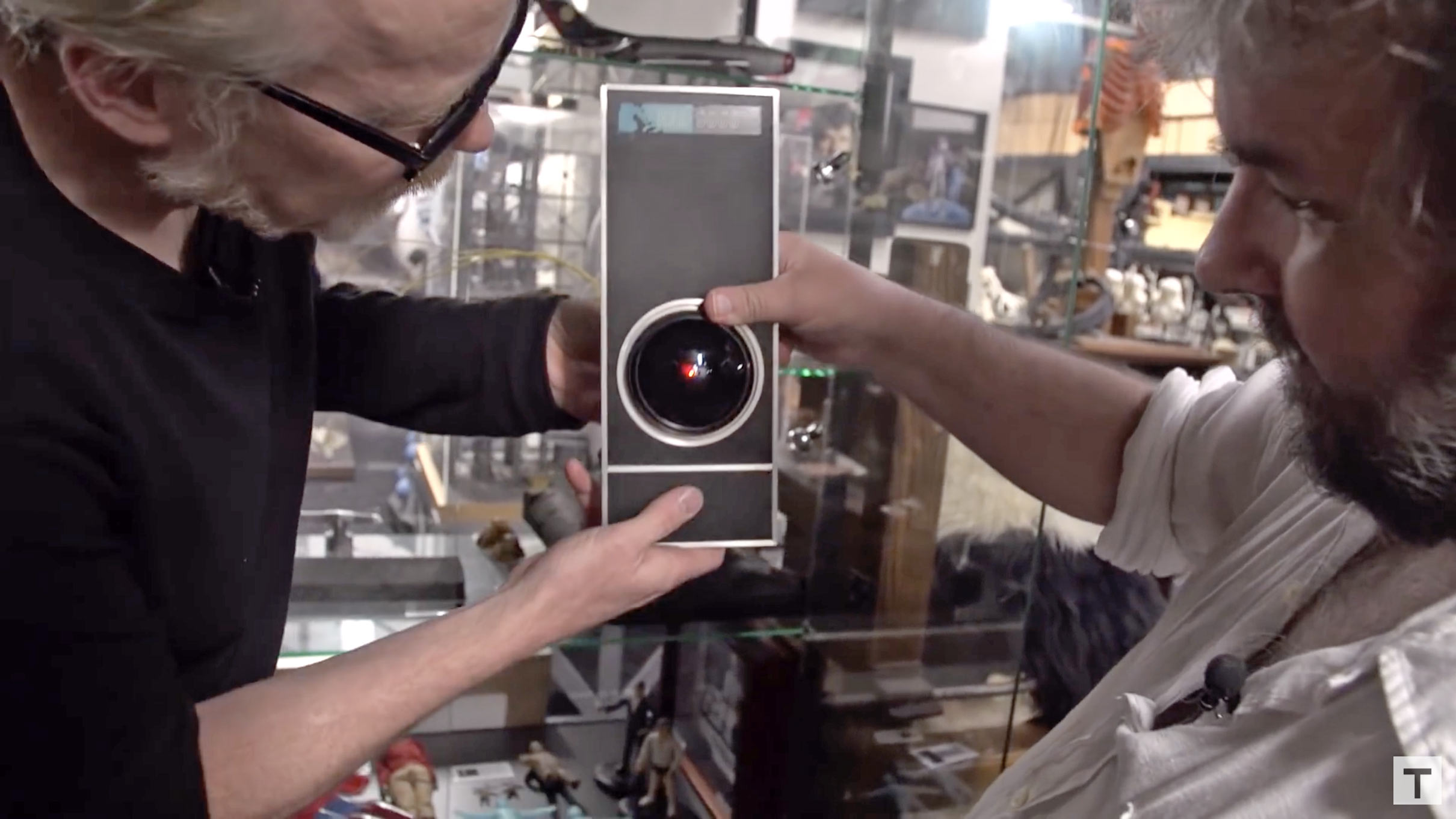 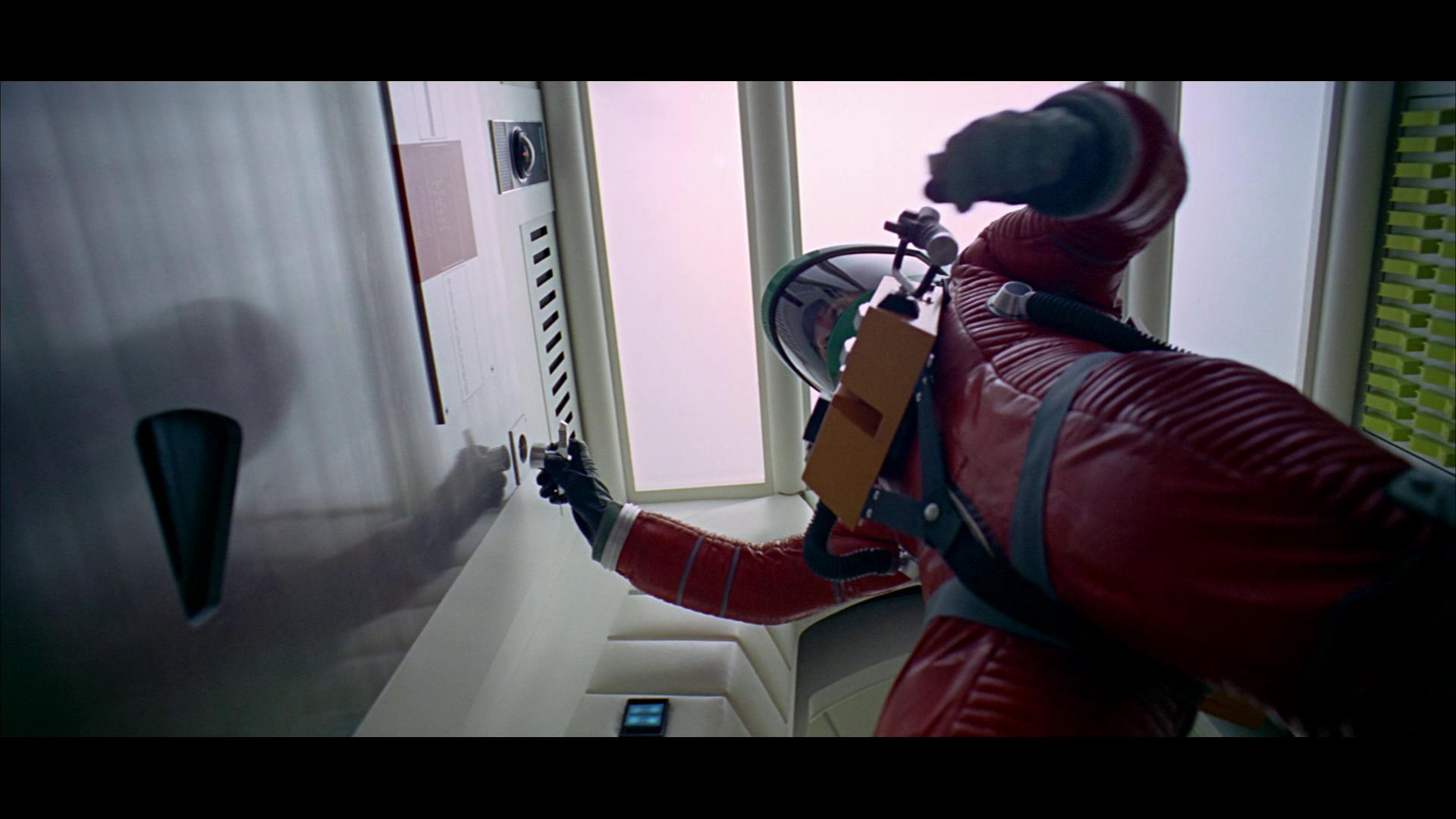 That would take an awful lot of digital work to replace the patches. I wish those pesky CRT monitors on Discovery could be made to look like the flatscreens of the original set myself. 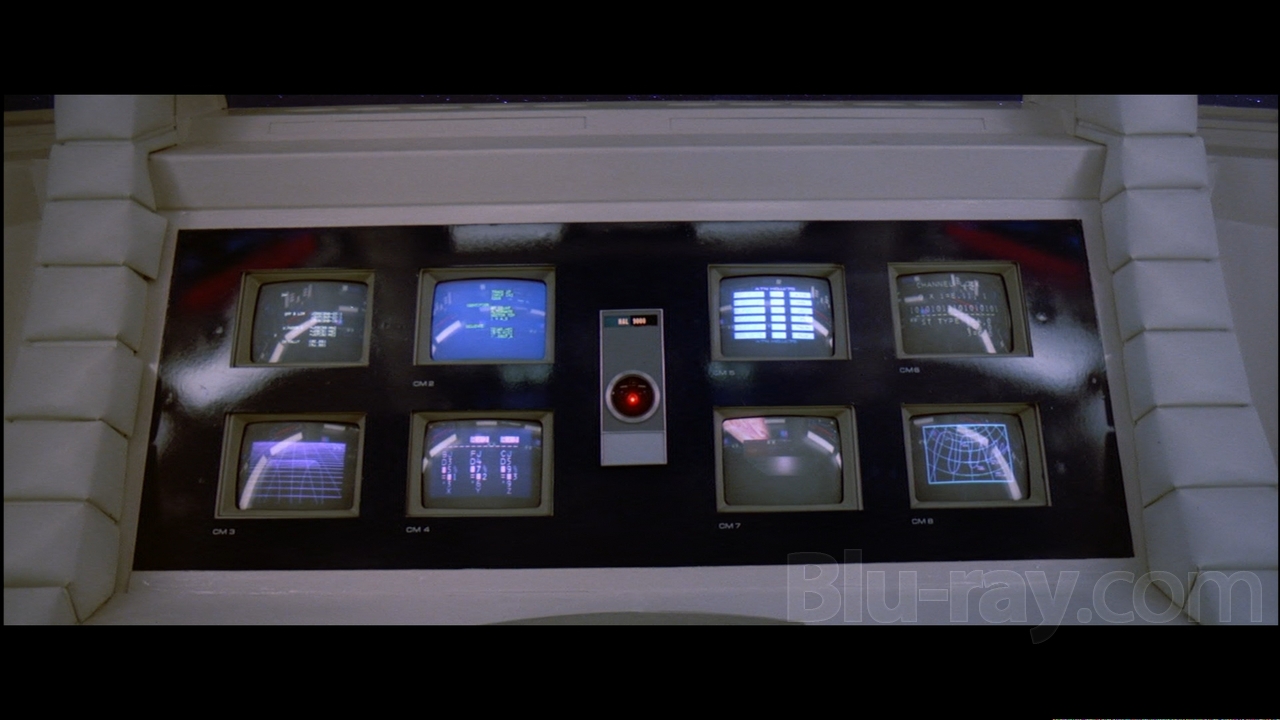 I made a crazy request on the discord that someone do an OT version of a current meme. Courtesy of Sishyo. 😃