I really do not appreciate someone starting a PM thread with me to throw accusations, insults, and forum drama from here and elsewhere in my face and then exiting the topic before I can even say one word in response. Total dick move.

I don’t like to broadcast my personal problems around here, (picture a dumpster fire about to go over Niagra Falls) but they require more time of me than dealing with the drama around here. Sorry about that.

For a job that we don’t get paid for, we mods take a lot of crap and abuse you never see.

The print sold last week and the seller didn’t update that info. 😕

broth3r, I and the other members of the staff would appreciate talking to you privately? Moth3r was a moderator here, and his sudden disappearance from here in 2017 caused much worry and speculation.

Many here tried to get back in touch with him, but to no avail.

This all played out in the space of a few days, and as I awaited a reply as to whether we should make a formal announcement, word leaked out anyway. (It does not help that my life is a raging dumpster fire at the moment and I sometimes only have a few minutes a day to even be on here.) Jason didn’t want any additional drama generated by this.

I presume Boba suffered from some oxygen starvation and his memory of escaping the Sarlacc was swiss cheesed as a result. There may have not have been much air left in that dead trooper’s suit to begin with.

As an example, I had really bad asthma attacks as a little kid, and was rushed to the ER more than once. My parents kept a small emergency oxygen tank handy that looked to me like a green cartoon bomb after that. I have no memory of ever being in the ER at that age though. Probably a good thing.

My Bothan spies network got me word of a 16mm print of Mary Poppins that can be had for $400. Video sample below.
https://youtu.be/fC6_42J1fEI

Any interest in this? The usual top men are tapped out right now and so am I. (But they easily color correct this print.) I have lent my 16mm print of The Black Hole to restore the Disney clips excised from* SPFX The Making Of The Empire Strikes Back* and Mary Poppins in 16mm would complete what’s been missing from the documentary for over 40 years!
Clip of the missing scenes from an ancient home recording.
https://youtu.be/qvnSlMaF-G4?t=1566

Went back and finished #3 and watched #4. My opinion hasn’t changed. It’s a weird mix of interesting (Fett and Krrsantan), uninteresting (Hutts), stupid (kitchen scene that felt like 1978 Holiday Special), and weirdly unnecessary (Mods). Fennec being repaired by the Mods (who behave like Rockers) seemed like Prequel style backstory.

The Hutts, in 1983 and in this, seem ridiculous. If the show even flirted with realism, they would have been done away with quickly and easily. If you’re a worm that has to be carried everywhere, you can be easily killed by the criminals and killers you keep close by. But I digress…

This thing is a mess. It reminds me of the film Solo. Too many chefs and too many side character stories. Boba is the only really interesting part for me. The rest feels and sometimes looks like TV show filler. I won’t be watching this series a second time. My personal canon for Fett will stay Empire and Mandalorian.

Lucas said, (at the time anyway) he was going for an Arabian Nights fat sultan vibe with Jabba. Would you rather Jabba have looked like this guy? 😉 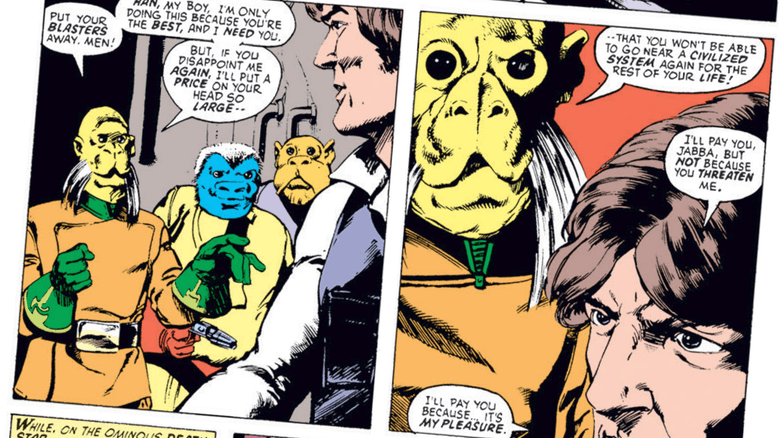 He’s having flashbacks to seeing his father beheaded by a Jedi in the wake of having his own ass handed to him by a Jedi. I’d say he’s dealing with a lot internally.

There’s also the issue of what happens to a clone as they age. I know Boba is unaltered but does that avoid the health issues?

They startle easy when they think a Krayt dragon is around. (And thanks to Mando, we now know why.) It wasn’t just Obi Wan waving his arms at them. And they almost did Luke in, so I think they can be pretty dangerous.

The pauldron could have come off or dissolved. We don’t know how long that guy was in there.

I had that Kraken toy back in the day.

And what’s wrong with having a Max Rebo cameo every 35 years? 😉 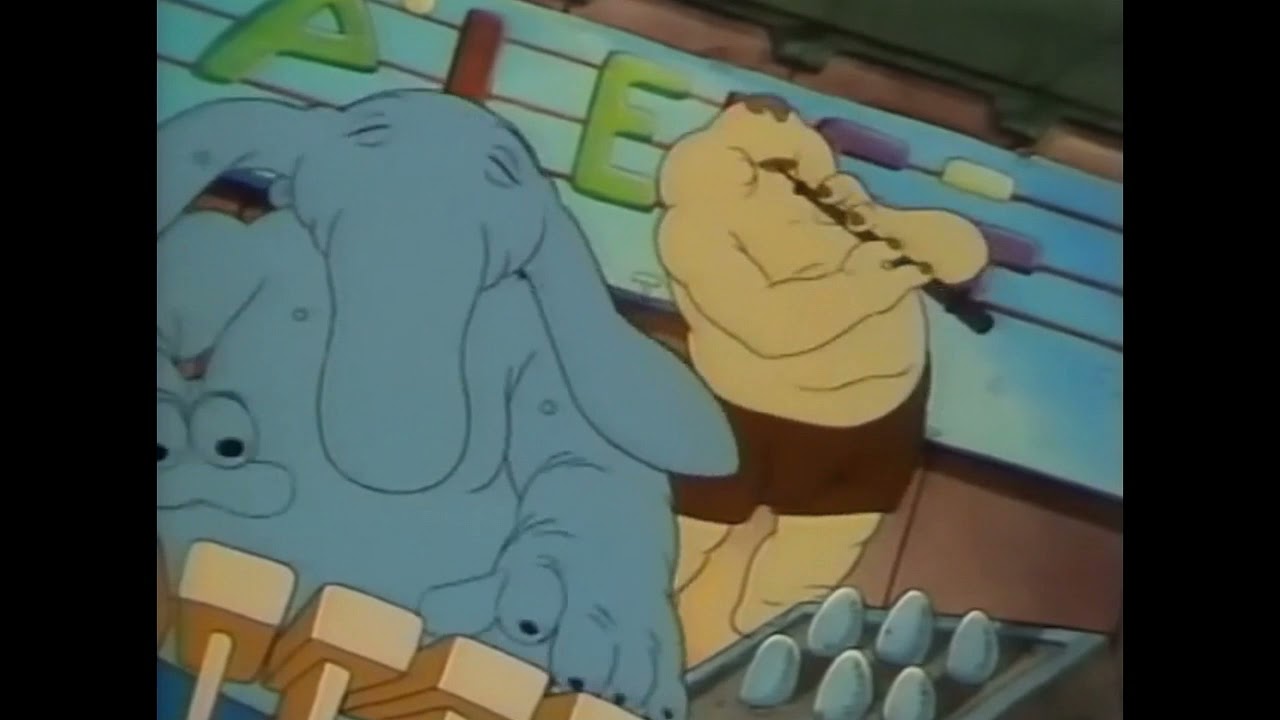 It would be neat if the Fromm gang gets mentioned somewhere. I doubt we would actually see them.

They look pudgy enough to me. I saw it said somewhere the thinner ones on Mando were more gladiator types as opposed to the guards. Anyway, I like the Gamorrean look inspired by old ROTJ concept sketches. 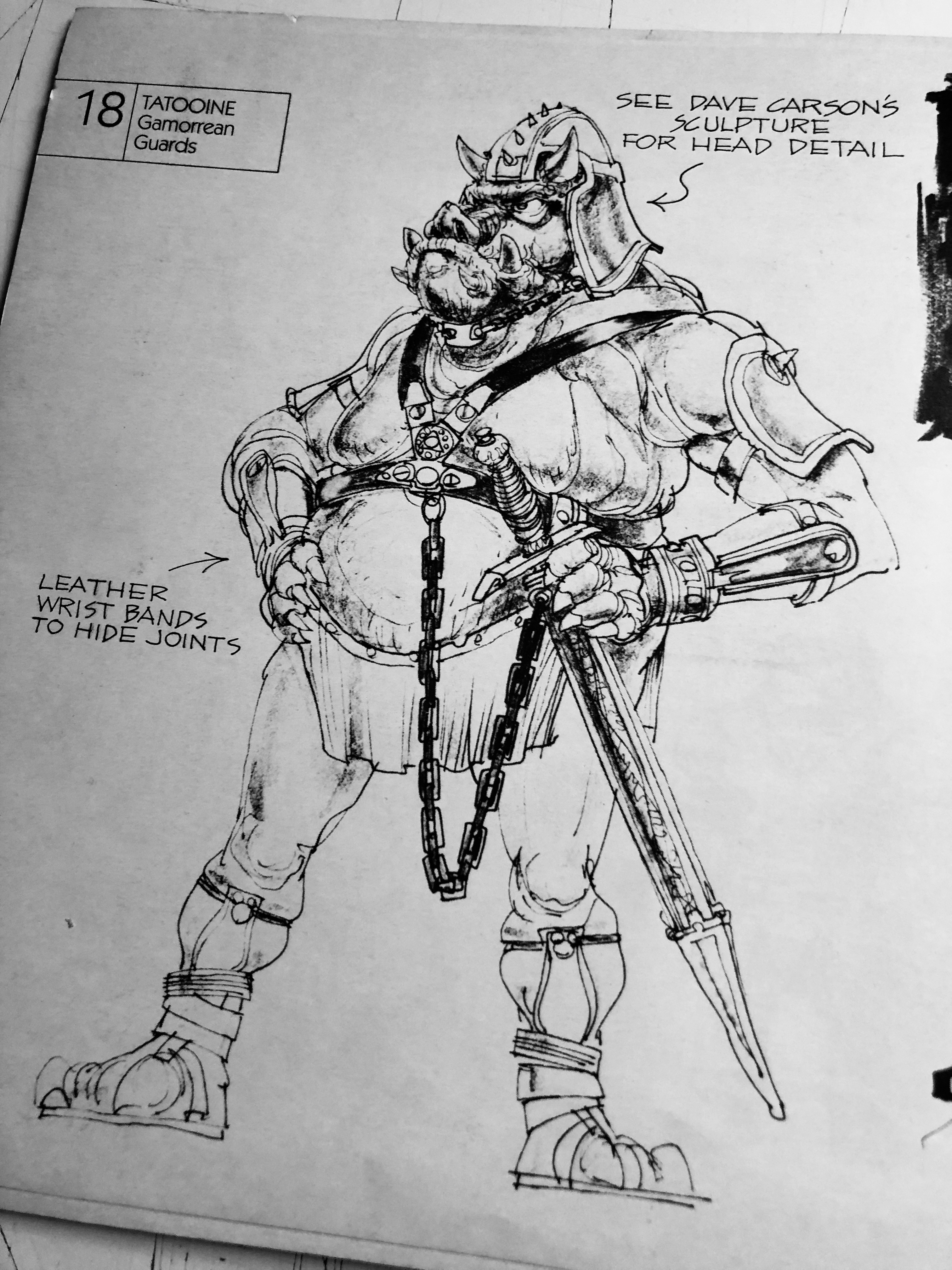 Having the voice changer in the helmet briefly sound like Jason Wingreen when it hiccups or when Boba is adjusting the settings would be a nice tip of the bucket.

-sometimes Boba Fett looked a little naive or dumb to me, i felt that Fennec had to explain everything to him, and c’mom he is BOBA FETT, he was Jabba go-to problem solver (also why nobody recognizes him? because he was “dead” for years, i know, but i would expect some reaction to him appearing in Tatooine, i guess coming back from the dead in the Star Wars galaxy is just daily basis now)
-everytime a villain becomes an anti-hero or we have a standalone story they’re always a little nerfed, i know it’s because the plot needs to happen, it’s just a little strange to me, but yeah just something i’ll need to live with (and that’s why i don’t want a Vader or Palpatine series or etc, those guys are too powerfull for me to believe they’ll have a real challenge to face)
-why do the sand people send A KID and a crocdog with two prisoners (one that was clearly dangerous and almost escaped before)?
-THE CATHARTIC MOMENT OF SEEING BOBA FETT MAKING HIS WAY OUT OF THE SARLAAC WAS JUST WOW WE WAITED SO LONG FOR THIS
-cool monster and cool fight i loved it
-i prefered the time Boba Fett didn’t take off his helmet in public, but i understand the reasons about story and production to why is like that now

overall, i liked it a lot, it was good, but it could’ve been better to me, looking foward

Tattooine is kind of the ass end of the Galaxy though. Many locals might not have heard of him or think he’s just another Mando from off world.

I think the business with the young Tusken is a coming of age ritual to prove his maturity. Boba winning respect from the Tusken leader (and probably eventually the rest of the tribe) reminds me of the 1970 Richard Harris film A Man Called Horse.
https://youtu.be/5H0dKc9QG9E

I half expected that sandtrooper to say Kill me!

No sign of anyone else who fell in during ROTJ. The whole 1000 years digestion thing is a tad suspect now.

No Audrey II beak on the Sarlacc, thank the maker!

Did not need to see a Wookiee pelt. 😮

My money is on Koo Stark…I mean Camie…

Yes it is cropped, although it’s actually competently done, and having been shot digitally, less obvious than a pan and scanned 35mm widescreen film. (I have the full screen prequel discs merely as a curio in my collection.) Disc 2 is exactly the same for both versions.

Nobody complained when Luke and the gang managed to cross paths with each other in the Marvel comic, in spite of Han’s many misadventures trying to get back and pay Jabba and Luke doing missions for the Alliance. 😉

At least there can’t be any shenanigans with Disney/Lucasfilm offering up an SE print in exchange for that old copy the LOC has. 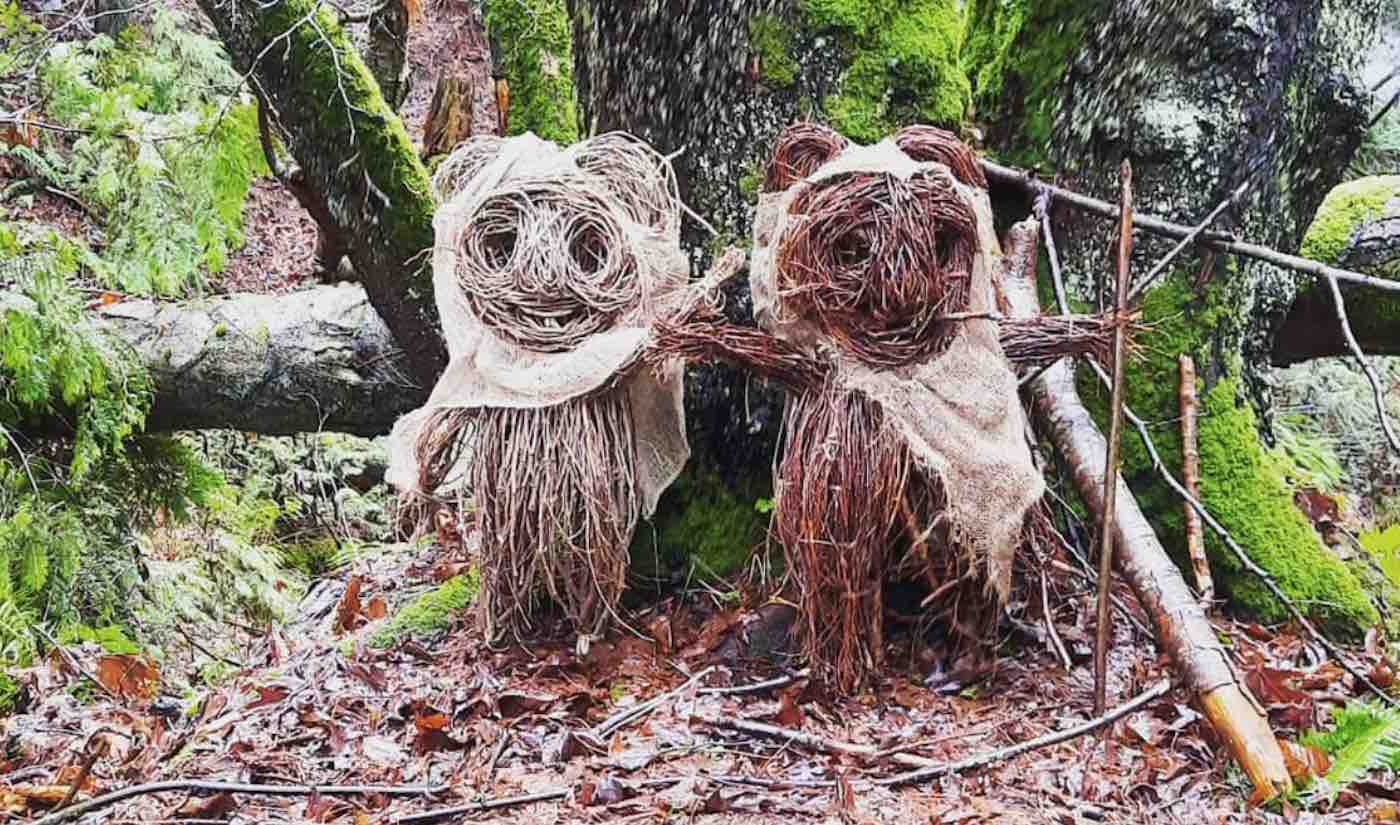 My educated guess would be a pack animal that would be used by the Ewoks? They did have horned pack animals in the 80’s cartoon and storybooks. They rode ordinary small ponies in the tv-movies, but that may have been for budgetary reasons.

As for One Eyed Willy, it may be another Jabba’s palace critter that didn’t make the cut with George? There must have been a broom closet at ILM stuffed with rejected maquettes. 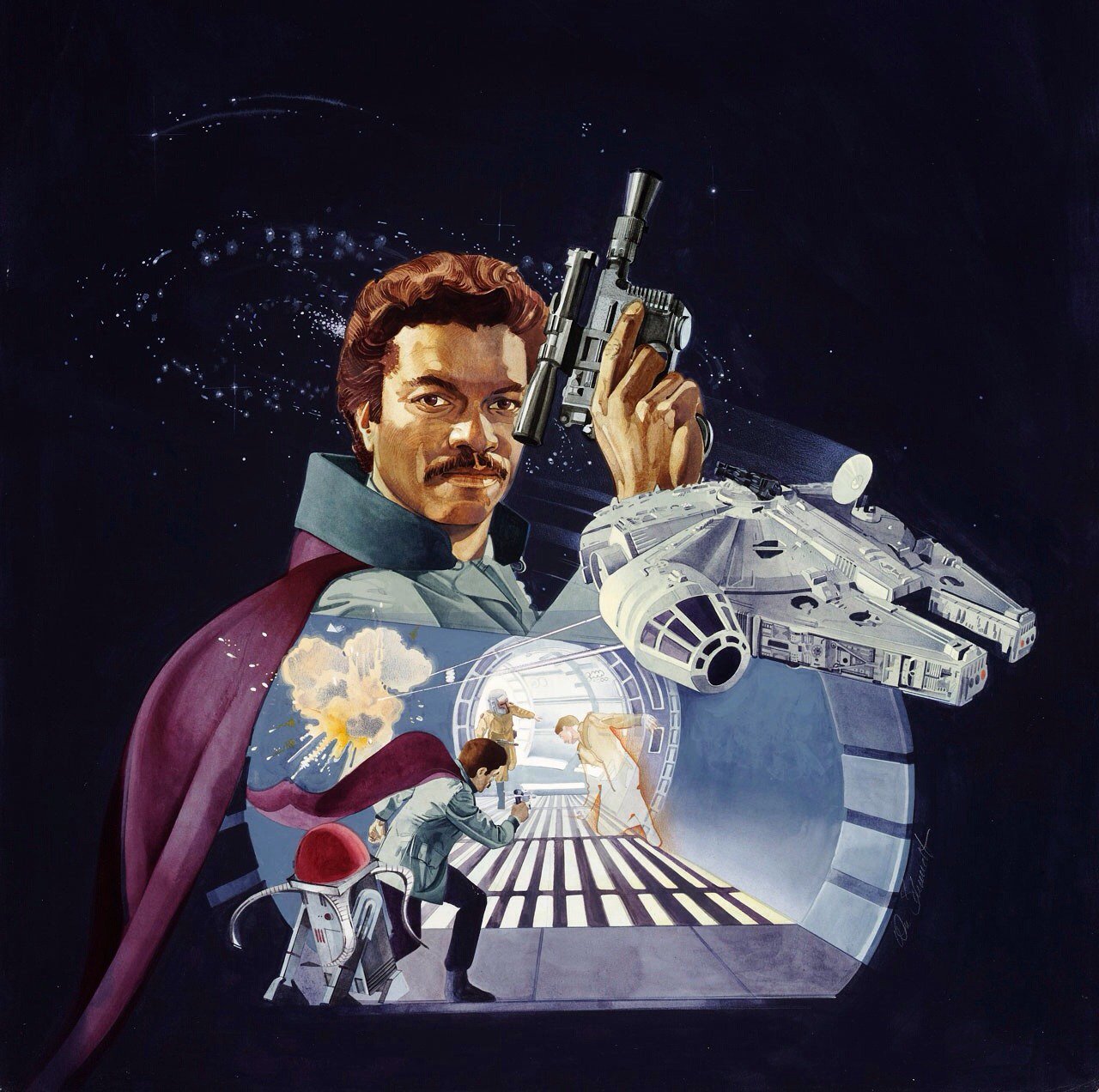 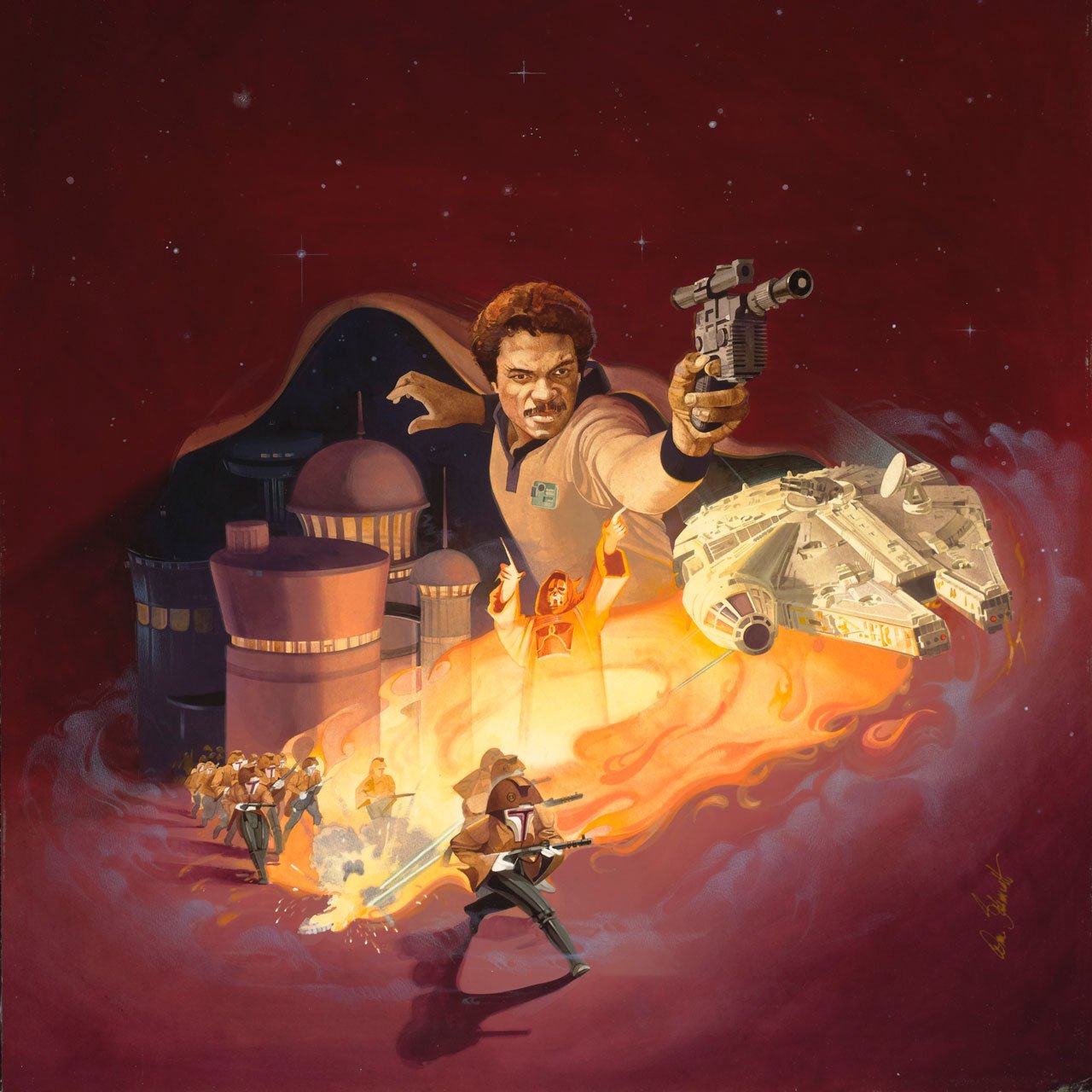 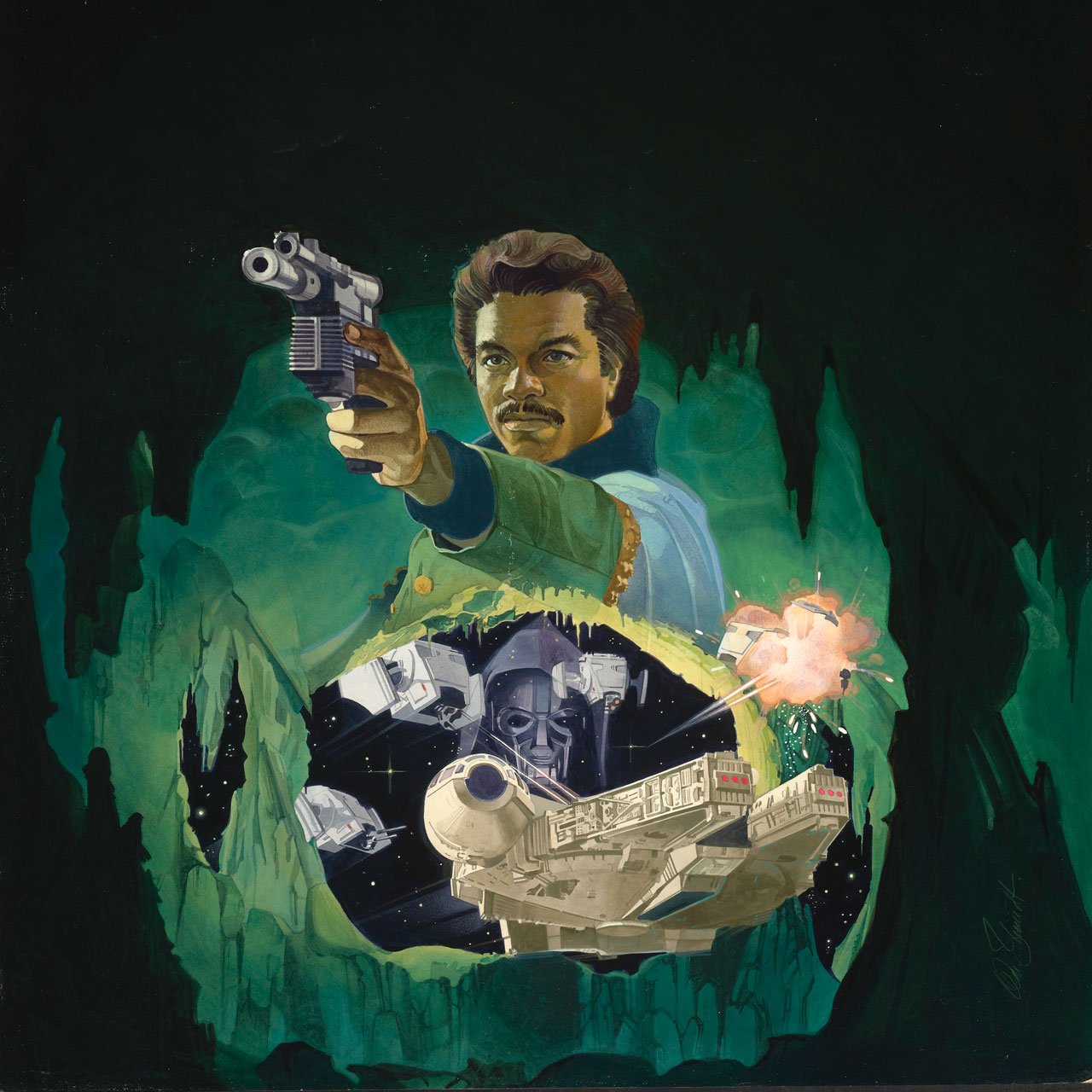 I knew back in the day that the Kenner Falcon was used as a model reference for these, but never noticed the fighters are Scout Walker heads! Nor that there are guys with bits of Boba Fett style armor? Were Mandalorians even a thing in 1983?

Bonus points if you recognize the metal faced chap in the hood. Hint:It’s a character from a rival 1970’s toyline. 😉