This sounds great - would love to get a link to this and anxiously awaiting Episode II and III!!!

I’ll send you a PM with the link!

I’d appreciate some feedback! Thanks. 😃

Hi. I’m a fan of the ‘Anti-Cheese’ edits and only watch those versions when I’m doing a Star Wars marathon. I’m interested in watching your edit. Do you plan to edit the remaining pre-quel trilogy?

Yes I’m definitely going to do edits of the other two films in the trilogy.
Episode 2 is nearly finished, with only a handful of things left to do.
Episode 3 is around 60% finished.

Can I get a link please?

Of course! I’ll send you a PM with the link.

What a great video! There were so many photos I’d never seen before; thanks for sharing that link.

Update:
I got a response from the company and basically what they said to me was their copy came from a transfer of a 16mm film. And It’s in the public domain. Their restorer Robert Kauspedas passed away and they own the master copy of the restored version that he produced, which he said was “still not that great quality” and that their version is available to license if I want to.
Im just going to ask if I can see the video because I’m not too familiar with the business of licensing something and whether it’s free to do so.
Update #2
He replied by saying he’s going to ask for approval from a producer and that will be in touch.

Thank you so much for the links to that PSA video; it was never shown here in Australia, and I never knew it existed before!

Guys, how do you go about downloading youtube videos? screen capture or just a converter somewhere? my laptop’s screen recorder is terrible and the website I usually go to for conversions got rid of its URL uploader.

I use JDownloader for that.

Cheers mate! I will send you a PM with a link to what I’ve done so far.

Id love to check your edit!

Thanks mate! I will send you a PM with a link to what I’ve completed so far.

The changes sound interesting! I’d be down to check out what you have

I’m in the process of completing my edits of the Star Wars prequel trilogy, and have now finished TPM. I have trimmed many scenes to improve pacing, removed as much exposition as possible, and re-recorded dialogue for some characters.

I’ve finished my TPM edit; if anyone is interested in taking a look, send me a PM! 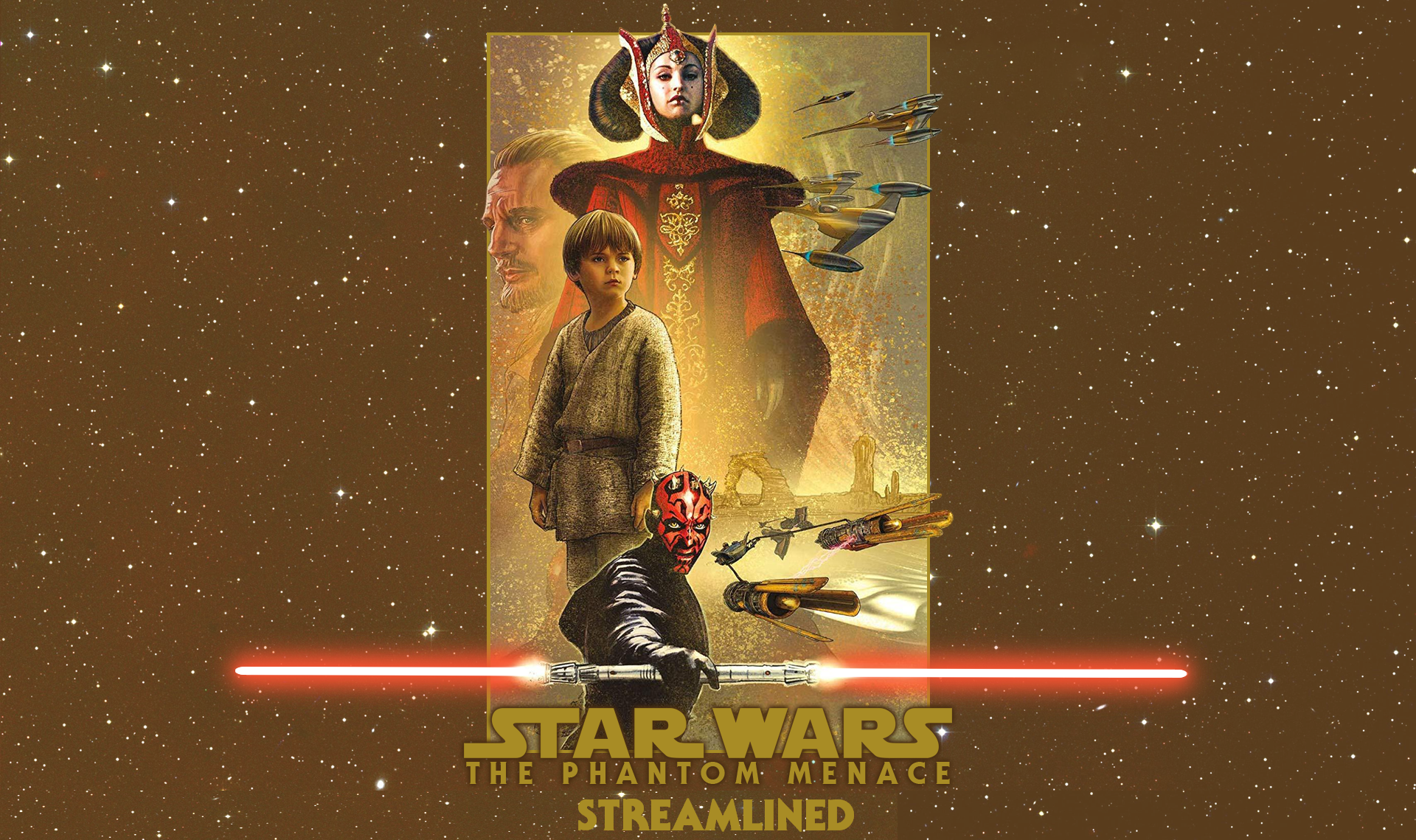 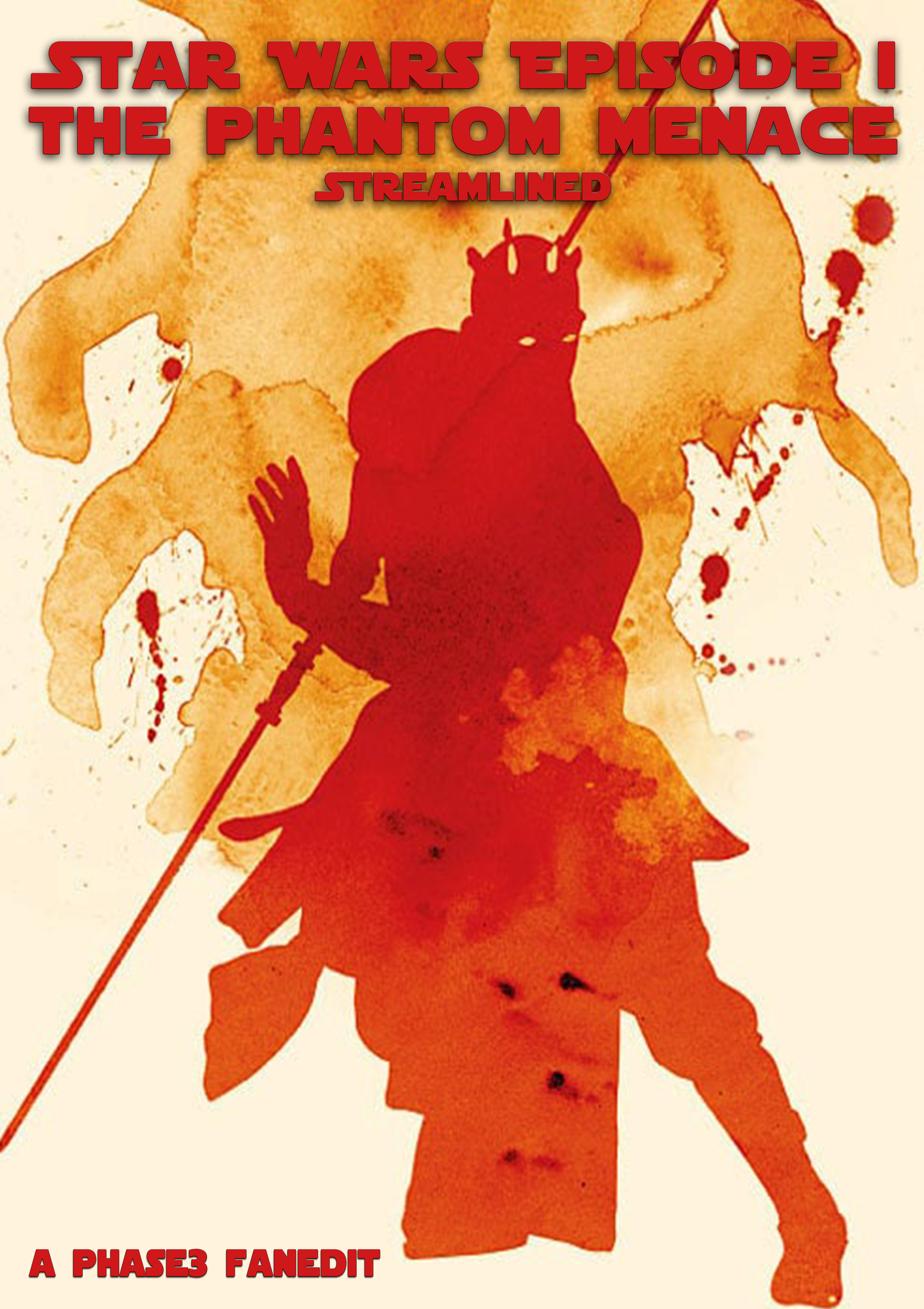 A quick overview of what I’m doing:
New opening crawls for each film.

Opening titles: I’ve used the 1980 versions of the 20th Century Fox opening titles, the “A long time ago…” text and the green Lucasfilm title, all sourced from Harmy’s “de-specialised” version of The Empire Strikes Back. I wanted all six episodes to have the opening titles from the original cinema versions from 1977, 1980 and 1983.

Some colour adjustments where appropriate, in particular to remove the rose pink tint found in The Phantom Menace, and to bring out the more natural, beautiful colours of the forest scenes.

I am aiming to have these films match the tone, pacing and storytelling style of the original (pre-Special Edition) Star Wars Trilogy. I want to edit these films so that the prequels wouldn’t give away information that you would later find out in Episodes 4, 5 and 6, so that these edits could be viewed prior to watching the original trilogy if desired. For example, in my edit of episode 3 there is no hint that Palpatine is a Sith Lord until he reveals his true self in Revenge of the Sith, and the name “Darth Vader” isn’t used in my edit, thereby retaining the surprise revelation in The Empire Strikes Back.

I’ve sought to remove the poorly-timed, and poorly-executed attempts at humour. So, there is no slapstick humour, no poo or fart jokes, and no silly conversations from Battle Droids or Super Battle Droids.

A thank you list:
Dazman at the Original Trilogy Forum. He has kindly let me use some of his edit: one shot of Threepio removed from the background, where Anakin has started up his podracer. Also: the scene of the Queen in the red gown on Naboo - the power cable has now been removed.
ArtisDead for a wonderful poster design.
For any deleted scenes re-inserted into each film, I used AI-upscaled HD scenes, kindly provided by Original Trilogy Forum member bryantmh.
DigModiFicaTion and jackpumpkinhead for creating opening crawl templates.

A list of the major alterations, cuts, trims and additions:

That’s a big list of changes and additions! With the desert sandstorm scene, is there better audio available than what was presented in the Blu-ray release? The audio on the Blu-ray would be almost unusable I imagine, due to the sound of the (what I presume to be) wind machines?

This sounds like a really interesting project, especially if you are filming extra scenes!

This edit is going to be amazing! I’m really looking forward to seeing this!

Any news on when this edit will be available?

Most of all the effects and editing changes are now completed.
Pretty much all that’s left is the lasers/Lightsabers.
after that’s done it’ll take me about 2 weeks to do the audio, and then the edit will be done! so hopefully this edit will come out before 2023!

I watched this edit, and have to say that I enjoyed it; the exclusion of the slave storyline for Anakin was in interesting editing choice that I’ve not seen done before.
Also, the VFX work that you did looks fantastic! The lights you added to the exterior planet shots of Tatooine and Naboo look like they were always meant to be there haha! Other VFX work such as the removal of the power cable going to the Queen’s gown, as well as removing Threepio entirely all look fantastic!

One question though:
“When the hologram appears, Boba Fett points his blaster at it.”
Why would Fett (or any other character) point their blaster at a hologram? Holograms are not living, breathing entities, and should pose no threat to anyone inside Jabba’s Palace.

Aside from that, I’d also love to see some preview clips, as the VFX changes you’re wanting to do are very interesting!

Update:
Most of all the effects and editing changes are now completed.
Pretty much all that’s left is the lasers/Lightsabers.
after that’s done it’ll take me about 2 weeks to do the audio, and then edit will be done! so hopefully this edit will come out before 2023!