Yep. You got it pal. You’re the smart one around for sure.

Man, I miss TV’s Frinks jokes when I read yours…

I believe what he means is he thought Ian was already playing the part in 1980 original cut and later changed the make up for ROTJ. It’s what I thought as a kid.
What I can’t understand is why Lucas didn’t shoot the new scene during ROTJ filming. Had this changed been made in 1985 video releases of TESB it would have been seamless but also people wouldn’t have much to complain about.

I was born after 1981 and only knew the crawls with Episode IV subtitle. I remember I asked my father about the first 3 episodes but he had no idea (remember younglings that democratization of Internet only occurred around 1999/2000 for middle class people in France). Circa 1995 the first issue of the french version of Lucasfilm Mag was published, and there I got all the answers: “ok, they are going to make the missing episodes… oh and a new Indiana Jones movie as well !”. There also was the back of the french Laserdisc edition of TESB stating that it was the 5th entry in a Saga of 9, with 6 entries still to be done.

The only thing worth watching this season.

All they ultimately have done is greatly diminish the importance of many of the story arcs, and characters in the OT, introduce the nihilistic idea, that the same evil has to be beaten over, and over again, and have new less interesting characters fulfill the destinies of the old ones.

It’s as if Kennedy and Abrams confused Star Wars with Legend of Zelda.

What ‘sacrifice’ are you talking about? Last time i checked ROTJ Darth Vader lifted up the Emperor and throwed him down a shaft. It would have been a ‘sacrifice’ if Vader jumped WITH the Emperor down the shaft.

Lol that’s incredible. I now have read everything on this forum 😄

Most disappointing thing: the entire ST (TLJ included) is just a rehash of the OT which doesn’t add anything of value and which also ruins the closure of the Original Hexalogy.

Most satisfying: John Williams got on board for one more ride (even if the scores for the ST are the weakest he wrote for the Saga).

Good luck with your edit, Hal. This one will likely require all the skills you’ve developed over the years. It might be the kobayashi maru of fanediting. I’ll stick with ROTJ ending for my headcanon, but I respect your dedication to making the I-IX storytelling less choppy.

Side note: it seems you’re gonna reedit Episodes 7 and 8 to accommodate Episode 9… “boldness” (I’m trying to say it kindly). What about adding in Episode 6 a line to Palpy when Anakin throws him into the vent, such as “I’ll be baaaaaaaaaaaaaaaaaackk you fools…”.

If you’re fluent in French, Total trax (a podcast with a team comprised of Rafik Djoumi - who wrote a french biography of Lucas -, David Brage - who used to work on the french version of Lucasfilm Magazine in the 90’s - and Olivier Desbrosses, the webmaster of underscores, the main french web site dedicated to film music) has released a special star wars: tv movies, video games, multimedia, EU movies, tv series, etc., by their music to the Saga:

An update of my ranking, now that we have TROS and the Mandalorian:

Return of the Jedi
A New Hope
The Empire Strikes Back

The Empire Strikes Back
The Last Jedi
A New Hope

A New Hope
The Empire Strikes Back
Return of the Jedi

Empire Strikes Back
A New Hope
Return of the Jedi

A New Hope
The Empire Strikes Back
Clone Wars (micro series)
Return of the Jedi
Revenge of the Sith
The Mandalorians (yeah it gets better actually; still pointless but nicely pointless)
The Phantom Menace
Rogue One (dumb and doesn’t fit the OT but might be the best looking SW since the OT)
Attack of the Clones
The Last Jedi
Solo
The Force Awakens
The Rise of Skywalker
The Clone Wars

Why don’t you also quote Adywan’s post btw ? Wasn’t he also attempting to beat down every opinion that differs for his ? Isn’t that most of us do on this forum (you know, forum, where people talk and give their opinions… sounds crazy I know) ?

Anyway guys. I’m fed up with you. You can erase my account. I’m done with this shitty saga. It died long ago. Enjoy your shitty movies and dumb blockbusters.

If by “boldness” you mean RJ promoting the whole “no good, no bad, no Sith, no Jedi, just Force” business, I’m glad the last half hour regressed–a good-evil dichotomy is what Star wars is built on. I think it should have been more explicitly rejected and done better.

Yeah after 7 movies how dare RJ try to add new layers. Lucky for you TROS has “fixed” all of that (gievn the result, it was not a really good idea…)

But yeah, RJ also missed the point but at least he tried something. JJ doesn’t try anything.

I love Rey’s hair during her conversation with Kylo after they fight off the praetorian guards and the tug of war for the saber.

Best action scene of the ST. Great looking composition. Nice choregraphy. Might even be the best moment of the ST, where RJ was turning the tide… too bad the following half hour was kinda regressing after 2 hours of boldness.

I nevertheless hope that movies produced the way this episode 9 are produced don’t succeed at box office. I’m sick with these souless unfinished blockbusters. I don’t go often to theaters lately. It’s hard to find something worth of my time, especially in this nostalgia trend that has engulfed Hollywood for the worse. From time to time you get movies such as Parasite, Once upon a time in Hollywood or miniseries such as Chernobyl. Episode 9 doesn’t stand even one second against cinema with real vision and dedication. It’s just a side product of a cultural Empire… Star Wars has become the opposite of what it meant. Lucas is the one to blame for selling this independant franchise to an Empire Company…

It’s time to let the past die

JEDIT: Nevermind, not worth it. I’m staying away from the forums for a while. At least this section.

Congrats, Mala, you chased another one away.

The problem is that the fanbase has been fractured for so long now there will never be anything that will please everyone.

Or it might just be the movies are awful and dumb and that bear all the flaws of modern blockbusters (unfinished script, phony comedy, lack of emotion, absence of creativity, etc.)… if they wish to please everyone, they should start trying to make good movies. Not good Star Wars. Good movies. You know, what the OT is/was…

So maybe most you know, but not most people. Most people are liking it.

I trust the people I know more than review aggregates. And I trust myself.

You’re right. It’s how the movie was made.

This movie is a middle finger made by people who don’t give a shit anymore. I can understand the morbid feeling to witness that, to see Carrie Fisher butchered to oddly be there (like Bela Lugosi in Plan 9), but it feels so wrong in every single way…

Chewie is dead ? No… fuck it
3PO got a memory wipe ? No… fuck it
Heroes are gonna die ? No, Hux is the spy…
Rey’s parents were nobody… by choice ! You’re actually a Palpatine…
etc.

It’s a movie without pretense

But what i can’t believe is just what this site has now become.

Let’s say I can’t believe what the Saga has now become… Powerpoint presentation run by stakeholders. Scripts written by fanboys who go on internet to guess what people wish to see in the new movies. It’s terrible. Not only as Star Wars films: as blockbusters it’s unbelivable to witness such a mess, such lazyness, such an insult. That’s the real trick.

Star Wars used to mean something. It’s now just dumb and weak actions pieces put together and called “a movie”. AOTC has finally found a contender… which wins by KO…

I remember you rankes TFA almost as hight as episodes 4/5, so I would not be surprised if you feel TROS is a great movie. It would make sense in a way. Glad some people enjoy those movies. But, yeah, I hope LFL closes its doors so SW is no longer raped that way.

Outside of this site the reaction towards TROS has been overwhelmingly positive.

No, not really. Most people I know found it was the worst SW ever made.

Sure dude, sure. If you don’t have anything to say, you can leave silence be.

the worst SW ever 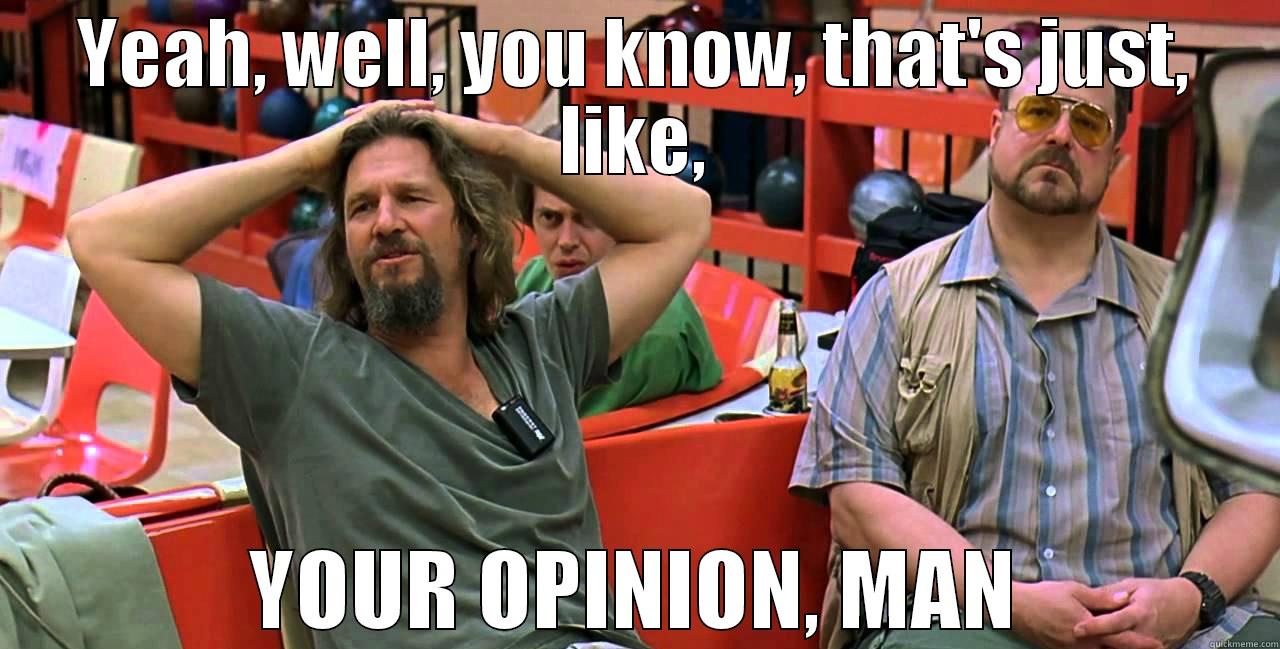 I hope they will edit trilogy boxsets so I can only buy the Original Hexalogy without the weird fanfic called “Sequel trilogy”.