No, they’r original except they are missing the recaps from previous episode and the credits are the same for each episode.

All vintage D+ content is luckily better than what has been previously available.

You must be new.

I really love the Droids score. Of course it has nostalgic feelings for me but still, it captures a lurking and eery danger very well. I’ve always seen the series dubbed, only a few times in its original English and I’m watching it now again. I have to say I prefer the dubbed version. It was dubbed in the 90s so it had some cool teen lingo which made even Tig and Jord actually cool characters. In English Jord is just dumb and simple and Tig lacks any personality. And yes, it has some funny jokes that are long gone from the franchise.

What people don’t understand is that everything is temporary.

Sure, in real life. But if you make classic movies there should be some sort of respect given to them. Same could be said about Terminator franchise. We’re supposed to care about John Connor for basically 5 movies, and now the newest kills him pretty much right after one of the best endings in film (T2).

Movies aren’t temporary, they are forever. (That’s actually something that Schwarzenegger said.) And it is true. Sequels should show some respect but these days they’re all quick cash-grabs that will be forgotton after a couple of years since more cash-grabs are coming in the pipeline. What I hate is that from all the movies you could possible imagine and make, why make something that just poops on classic movies. It just shows that there is no actual interest to make something new and imaginative but just be controlled by money.

The Fromm series and the Kybo Ren series were released here on rental VHS.

I have this hunk - I used to go see the movie so often, I knew the projectionists. I have several frames, including the title centered! What is the best way to preserve these? The 10 foot hunk - that must be worth something. It’s the scene right after the milleneum falcon had landed in the bay of the Death Star after being ‘tractored in.’ Darth Vader is talking to a guy who is giving his ‘report.’ One of those guys who looks like he’s wearing a Peter Pan suit…

Did you try to contact Williarob? If you want it scanned/digitized he’s your man.

We do have a 70mm projector though, so we can capture the frames the old fashioned way - with a zoom lens attached to a 4K digital camera pointed straight into the film gate, which was how we captured this:

I forgot about that clip. Now we only need 5 seconds from ROTJ 70mm and we’d have the full trilogy! 😄

Maybe williarob could help, if not for anything else other than as a test to scan 70mm.

They don’t have a 70mm scanner, unless you send it over to Europe or they set up the old system again.

I know the scanner isn’t, but since this is so small it could be used as a test with the previous method or whatever just to toy with it if a bigger opportunity should arise.

Maybe williarob could help, if not for anything else other than as a test to scan 70mm.

No, it is the only universe.

LOL, there’s a whole site just for things on D+?

I wonder if ABC considered doing an updated version ?

Since he’s been banned for 10 years we’ll never know unfortunately.

So, how long has this been a thing? 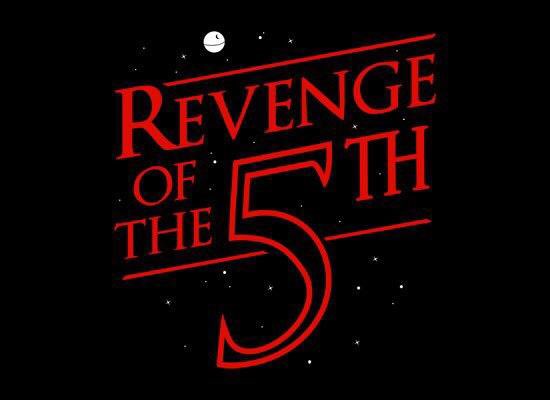 Thanks for the responses. I’ll have to check some of these out when I actually have the time.

From these I’ve seen The Mantsurian Candidate and found it very boring. Not mentioned here I also saw Billion Dollar Brain which was also boring. Not interested in TV shows for several reasons, mainly not having time to watch them and also they are usually visually so uninteresting and I just get a gray British vibe from them. Also the production year for me is pretty much settled as stated, not looking for any orange/teal digital visual mess but vintage jet set spy stuff. I know there were some OSS and 008 films made but not sure if they’re watchable at all in the 20s.

I was pretty confused when SOTE was out. Not living in the US and without Internet it was hard to grasp what it was supposed to be. There were some figures in stores, who were they? Then there were 3 pretty slim comic albums of it that I didn’t buy/read (didn’t care for any SW comics at the time, and having read them now, I wasn’t wrong). I knew there was a game but my PC wasn’t up for it (played it over 5 years later, pretty lame and extremely hard). So, for me, it just flew by as some kind of marketing thing that wasn’t really succesful. I didn’t understand the point. Without Internet this kind of worldwide multimedia project must have been a big challenge as you couldn’t find any info about it. Making one now seems much more plausible.

I’d say misunderstood is a wrong term. I’m pretty sure everyone understands it. Underappreciated, maybe, yes.

The Droids opening theme will get stuck in your head. We must proceed with caution.

When they dubbed Droids here, they dropped the song and the theme is just instrumental except for one episode which probably was a mistake. I like the instrumental theme, but the singing sounds bad.

Not knowing anything about these, Lando is the only one that could interest me if it was 70s/80s style of underground/gambling/casino/smuggling thing. But I’m sure it’s something lame with his feminist droid.

The 2000 box set is significant because they dropped the Special Edition label.

In some way yes, but on the other hand not really as in that was to be expected. In 1997 they marketed it as a special edition because they showed it in the theaters and it was new and special and they wanted you to believe it. It was an event. Naturally when they released them on VHS in 1997 the title was carried over. After that, it wasn’t never going to be a special edition for GL, but the only edition. It became the original trilogy. I’d be more surprised if it was called special edition all these years. My point is, it’s really not that significant but the way it was meant to be.

It’s the same type of fan who hated Ahsoka and Ezra, but then they grew up and they love them.

I still hate them.

I believe TFA uses the same font as TESB.

Anyone here watched this? If so, what’s the verdict preservation-wise? Is there anything edited, is the quality good (colors, DNR etc.)?

It looks to be an SD upscale.

Cool, but I meant preservation-wise. Is the whole show now preserved in its original format faithfully or has it been tinkered? Ie. is it safe now to hold this as the standard or is there any need for VHS or DVD efforts?

Anyone here watched this? If so, what’s the verdict preservation-wise? Is there anything edited, is the quality good (colors, DNR etc.)?