Sure, chimi. The original x264 version had AC3 audio but that isn’t up anymore sadly.

@kristina01: I still have the x264 version on a drive somewhere but it’s not uploaded anymore sorry. I would reupload it but it’s over 500gb (compared to the 180gb for x265), so it’s quite a lot for my bandwidth. Would only make an exception if multiple people requested it.

I’ve been racking my brain at the comment that the S4 and S5 finales are preserved in their original double-length forms on Blu because…they aren’t. At least, not on my sets, and I’ve been scouring the Internet for any BDrip uploads that have the movie length S4 and S5 finales, and have found nothing - they’re all split.

I was talking to SpacemanDoug about it, and after a while he finally dug up some info - they’re only preserved on the US Region A releases. I imported the UK sets because they were cheaper at the time, and apparently all the scene uploaders also used an international set for their rips and uploads.

Man. That really sucks, I didn’t want to have to re-buy them…

Don’t remember for S5 but there was a difference for S4 I noticed in the Chrono remaster when there was changes between the release (US DVD/BD) on the original and mine (AU BD), mostly with starting credits and order of scenes. I was bummed out by that, how even S4 releases were different.

Nice work. Wish this was around when I was doing my Chronologically LOST remaster. The OG version used the DVD release that had the extra content while I was sticking with BD. I was considering doing a v2 for those episodes then by importing the DVD sets and upscaling the extra bits to add with BD, but never did that. 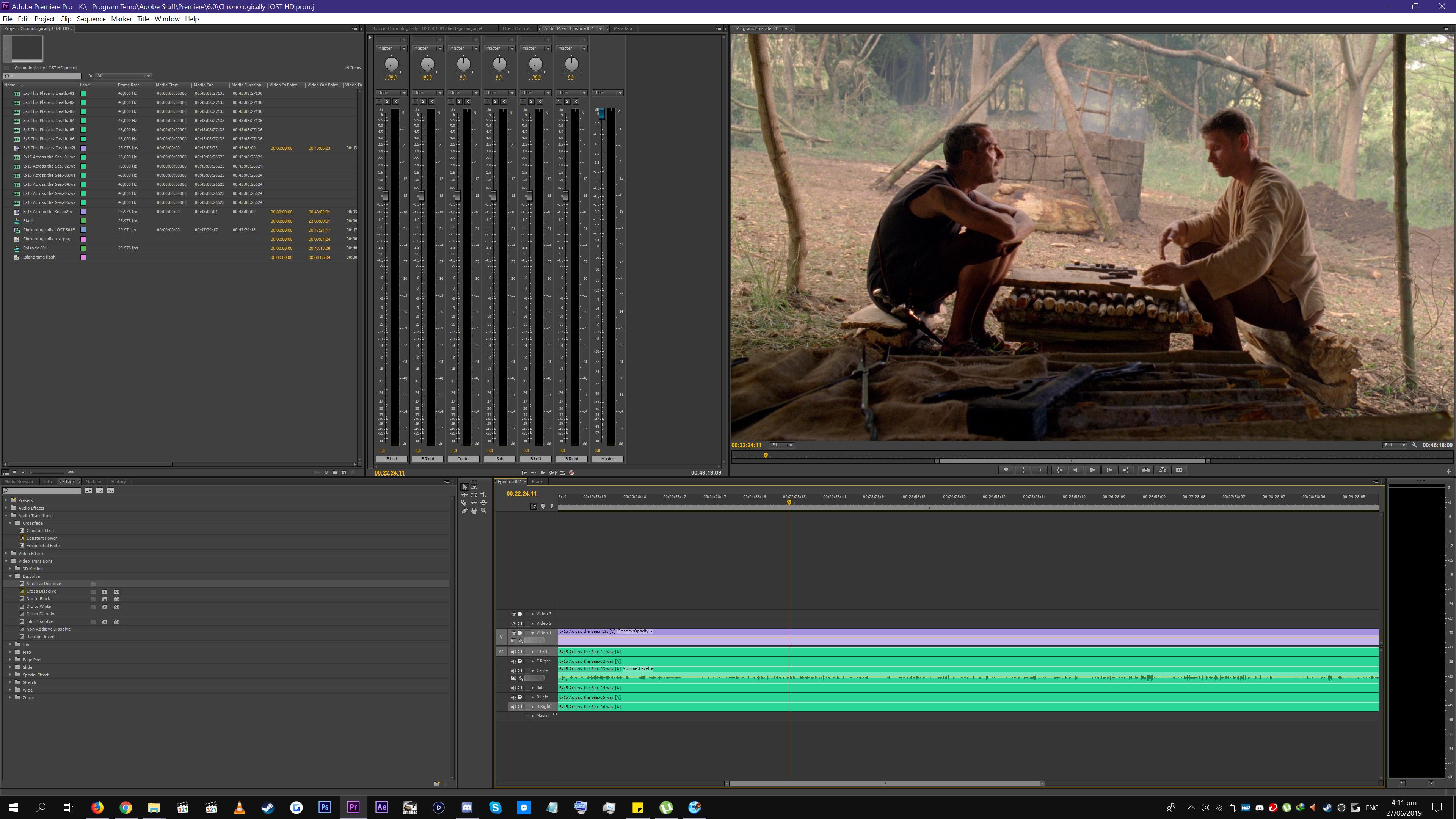 The screen going black was intentional, it was when it intercut with the events where they cut Naomi out of the tree, no other way of doing it sadly. It also happens later when Ben and Juliet are discussing her infiltration into the survivors camp.

Not the first time it was brought up, there was an explanation for that, even on the original site. The way I see that “mind-travel” is that it’s happening inside his head as opposed to actually going back (like in The Constant), but also from a technical side, it would be tough to edit it in cause it shows glimpses of the island events (which would be odd to see if we didn’t see them already), and for Charlie when the rain hits is completely different between that and his flashback (where Desmond isn’t there and he then saves Nadia from muggers). So I left it as is for this remaster.