More than halfway through Philosopher’s Stone (finally) and found a few times the music was a little too loud for the narration. The flying class for example.

The important thing about the CAPS films is that some early home video releases were struck from a film print.

Back in the early technicolor days, when they were doing test prints to get their colors to look right, which was known to be different from the actual paint colors, that’s preferred.

I don’t think the same is true of the digitally sourced animation. In those cases a raw digital transfer is probably expected to be more accurate (if less warm).

Finished watching tonight. A really impressive edit and a near watchable version of the movie. It does prove that what the film really needed was extensive reshoots.

I was always fine with Mutt’s fencing skill. It was mentioned early on that he was good at it and to believe Indy’s son might be able to handle himself in a fight is not hard to accept. Editing that bit out made the jungle chase a bit to choppy (and the only time I the movie felt fan-edity).

I would have preferred to see the piranha ants (or whatever they’re supposed to be) edited out. And maybe the people living in the temple walls with seals over top of them like they were embedded there by the people who built the place.

Otherwise, your effort is really good. It’s technically pristine and the movie is much improved.

Thanks for the hard work. I’m now going to read up on your other edits.

I got called away part way through, but so far, I really love the improvements. Every time I was ready to grit my teeth at something, I found you already fixed it.

I did think that the crate should have had the ‘Roswell, NM 1947’ removed. It’s a real in your face alien reference.

I do wish there was something that could be done with that whole scene with the magnetism at the warehouse. It just always seems randomly handled. Sometimes the crate is EXTREMELY magnetic, attracting metal objects from an insane distance. Other times it’s lightly attractive or not at all to objects near by.
I suppose since the crystal skull found later attracts gold, I guess we can excuse the randomness of it.

Still, it just feels like it was filmed wrong.

Yay. I really need to catch up now.

The difference is that Stark and Strange had arrogance that was a character flaw.
All heroes in the Marvel universe (comic and cinematic) are intended to have flaws proportional to the strength of their power. Only by overcoming these flaws can they become the heroes they need to be.

In her movie, Captain Marvel’s arrogance was not intended to be a flaw, but some how a strength… and that just doesn’t work.

AFAIK, there is not. I’ve been hoping someone would have a suggestion, but Disney messed that film up long ago and shows no signs of walking it back.

MANY years ago – he mentioned on the first page of this topic – Doctor M did a Restored Theatrical Version of The Little Mermaid by pairing the video from the 2006 DVD with the audio from the 1999 DVD. He was that impressed with what Disney did to the audio with the 2006 two-disc release that he decided to remake their disc as something better.

As someone who adores The Little Mermaid, but whose ears aren’t near what they could be, I’m curious what the audiophiles of OT think of the soundtracks on the Blu-ray and 4K discs that followed in 2013 and 2019, and how they compare to the DVDs. I’ve trolled this thread for quite a few years, but I don’t think I’ve ever seen the question raised.

If it has then, of course, my apologies.

I also restored the censored animation of the minister’s knee.

Darth Muffy said:
If your looking for improved versions of the first two films you should check out Anjohans fanedits of those films here: https://originaltrilogy.com/topic/Harry-Potter-and-the-Sorcerers-Stone-Revisited-Released/id/17069

Hes looking to release V2 of Harry Potter and the Sorcerer’s Stone - Revisited which includes deepfakes but not of Dumbledore though.

Amazing, thank you for the advice, I’ll be sure to check that out too! The first 2 films have a sense of nostalgia for me that I’m not 100% how I’d feel about such a dramatic change in tone, but I’m sure it’d be fun to watch through to experience them a little differently for a change.

I’m largely of the opinion the later movies should be more like the first films.
I will admit to liking the tone of PoA on the whole, some things were poor decisions.
There is a distinct Mexican Day of the Dead tone that seems out of place. Also, wizards in the books wear robes, but Alfonso Cuarón apparently decided that they should wear sweats and trainers.

With Dumbledore and Flitwick, we were never given an in-movie explanation.

Since we already saw Grindelwald change his appearance from Farrell to Depp (without polyjuice potion), it could easily be explained that ‘he just knows how to do that’ when he becomes Mikkelsen.

I don’t think a deepfake is necessary. Unless they bungle it.
And frankly, the Fantastic Beasts movies, so far, have seemed bungled.

Any thoughts on deepfaking a consistent look for Prof. Flitwick then? (j/k (I think))

I recently found a surprisingly good copy of this posted on YouTube. The quality was not only better than my old VHS television recording, but it was apparently an uncut European theatrical version that had nudity.
So that exists.

The question is, what version of this is being sold on ebay?

im just here scrolling trying to find a link to all extended editions, cuz i lost them recently

No, you didn’t. Links are NEVER posted on the OT forum. Try again.

Doh. Yes you did. And it’s not like mixing up the castles.

You’re sure that 1997 is when they did that restoration? That stinks.

Then the best untouched answer is a pan and scan laserdisc? I don’t know how I feel about that.

It also makes the 2008 DVD the best digital alternative.

I wanted to say thank you for this thread, it is incredibly helpful!

For the first post. Sleeping Beauty’s 1997 Laserdisc is the digitally restored one with rotoscoping. The feature about rotoscoping all the characters out, is a feature on that laserdisc.

So the aggressive restoration it mentioned is from 1997, not 2003. Only the pre 97 versions would be purist, although they are Pan and Scan.

Did you read the first post?
“Snow White and the Seven Dwarfs (1937): First ‘fully restored’ by Lowry in 1994. This is also when the Masterpiece VHS and laserdiscs came out. As far as I am aware there is no home video format that has not been reanimated.”
The recommendation is for the least altered version available.
There is no purist recommendation.

As previously mentioned in this thread…

It’s not some rare unicorn that requires someone’s grandparents finding a copy. It’s STILL available on the torrent site I previously mentioned (re-encoded from DVD to x264 with some minor clean up). It contains temp music, temp/missing/incomplete fx, blue/green screens and even cards for missing shots. 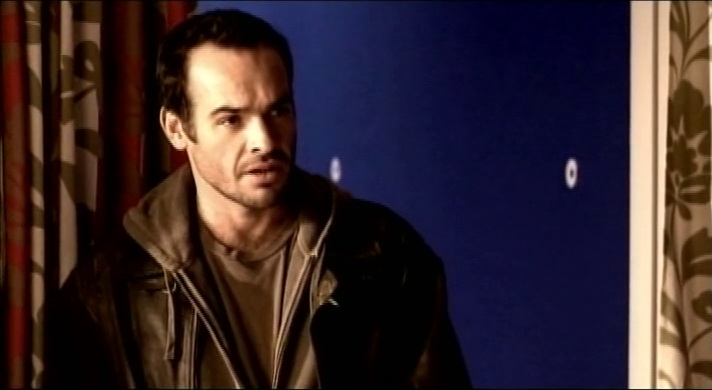 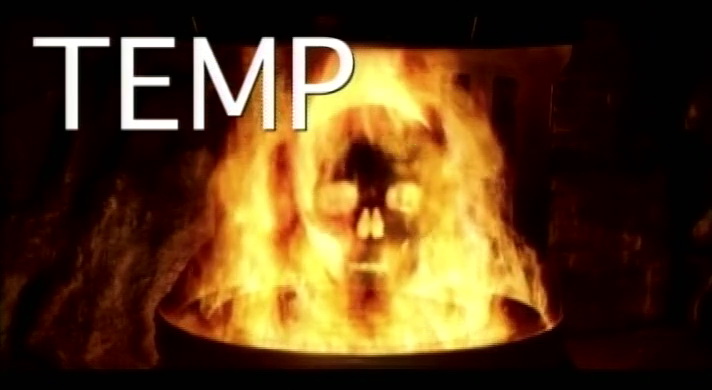 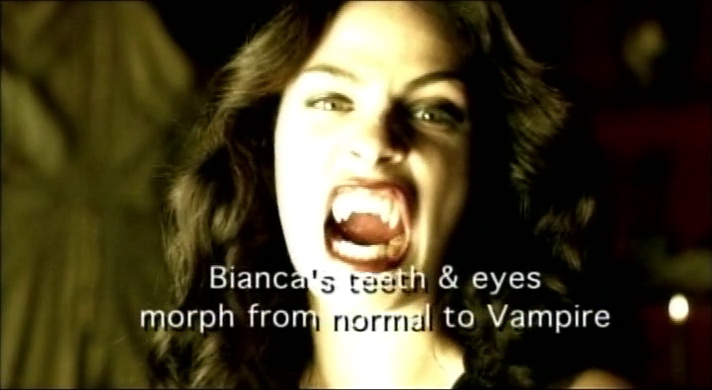 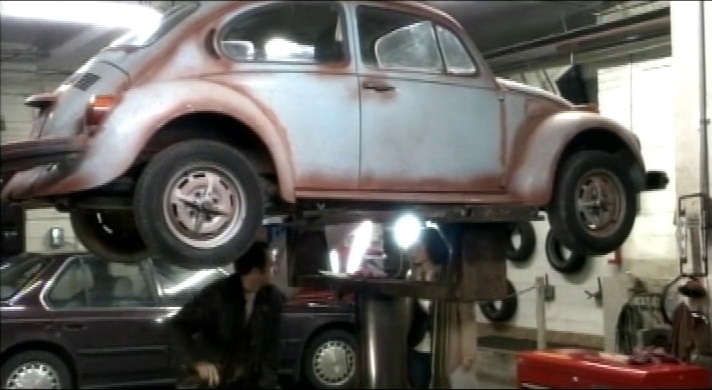 There is also the TV movie version that incorporates previously unused footage from the rough cut. These scenes were finished and added along with new material and scenes culled from the rest of the season. The recycled scenes from the series largely consist of flashbacks.

Terrance Mann, who was hired to play Bob after the original pilot was completed, returned to provide a new voice for Bob the Skull.

Because of these changes, it does not fit in continuity with the rest of the series and acts as a stand alone “Storm Front” movie. 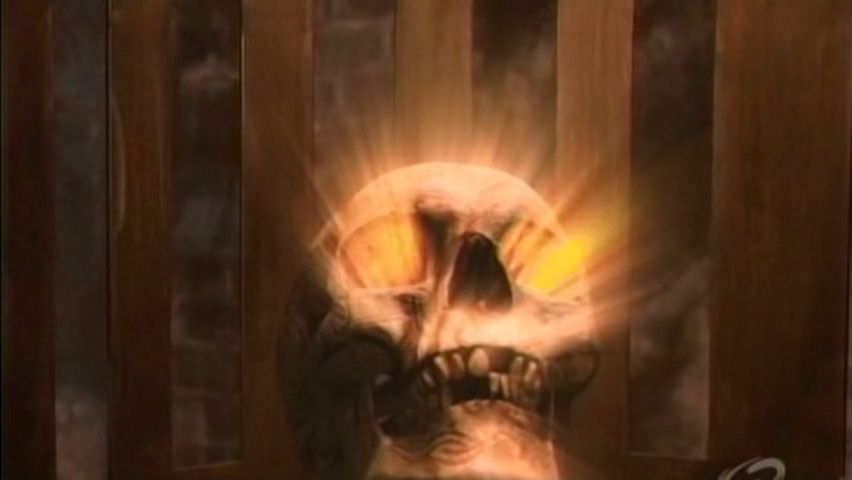 I kind of feel this thread needs a mention fo RedFox’s new software, AnyStream. https://redfox.bz/anystream.html
Depending on what you’re trying to capture, it may make most of this obsolete.

Have you heard the official clip they posted for ‘Back to Hogwarts’ this year?
https://www.wizardingworld.com/chapters/listen-new-journeys-to-hogwarts-audio-experience

Hoping to see those JJ style potter/marvel movie intros in future releases, its what makes the edits unique.
Plus an added surround sound track will be a big benfit…

I was going to say they are already 5.1, but I just checked and you’re right.

I wouldn’t object to an AAC 5.1 track and it wouldn’t impact the files size too much.

Wasn’t there a problem exporting multi-channel sound from his editing software in surround though.

nl0428 said:
I didn’t know about the ADR line from Chamber of Secrets, but I already knew about the one from The Empire Strikes Back. I’m a bit confused that they kept that line in the extended edition, considering that Harry and Ron didn’t put on Crabbe and Goyle’s robes, and Hermione snuck out Slytherin robes from the laundry for them to wear.

The added line was to explain where the Slytherin robes they end up wearing came from. The scene with Hermione saying she stole some Slyntherin robes from the laundry was deleted. Whoever re-edited probably didn’t notice. Most people don’t.

But hey, they fixed a LOT of other errors from the ABC cut. Mouths out of sync to dialog, repeated shots, Harry flipping through the diary in the same direction more than once, etc. I’ll allow one bad line (and some improper music cues).

Yeah. I had avoided getting the official extended discs of SS and CoS since I thought they were the same crappy ABC edits.
On the advice of people here I got them and they are indeed more professional than what ABC/Disney cobbled together.

I think I took issue with a couple of music cues and the fact that in Chamber… they didn’t fix the overdub of Hermione, at dinner, telling Ron and Harry to put on Crabbe and Goyle’s robes.

The overdub was added to the theatrical cut to explain the Slytherin robes they wear later. Hermione saying she got the robes for them from the laundry is a deleted scene. Both shouldn’t be in the same cut of the film.

That’s right. I remember the elevator scene as well.
My understanding is the networks don’t get official extended cuts from the studio (except maybe in the case of 1 & 2 since there has now been a retail release). They only get the pieces if they want to cobble something together themselves.
It’s why there is slight differences between ABC/Freeform edits and Syfy/USA/E! versions.

ABC/Freeform’s edits were an amateur jobs. The official discs fix a lot of inconsistencies, audio sync issues, etc.
I’ve never compared 1:1 the discs to what Syfy is showing.

I’m pretty sure I saw the effects-less rabbit hunt from DH on Syfy, but I could have hallucinated that.

DM me if you want the JJPotter edits 😛 He may be gone, but his fan edits will survive!

Don’t do that. This is the EXACT reason why he’s gone.