It’s a shame that the Phantom Editor doesn’t seem to have made an edit for ROTS.

Personally, I most prefer HAL’s AOTC and NFBism’s New Canon Cut of ROTS.

As you all know, I also prefer to consider AOTC as Episode 1, with my own rearrangement of episodes from “The Clone Wars” forming an in-between-quel, which I titled ‘Labyrinth of Evil.’

Oh, that reminds me of those robots who say, “Exterminate!”

Holdo explains her plan to Poe when they meet.

Which fan edits of each of the films in the Prequel Trilogy are your favorite?

I would just love to see what I can learn from those edits.

It’s been a few months, and I’m still not sure how to read this thing on my laptop.

I get a window that says:

What program am I supposed to use to open it?

Excuse me, never mind. I was able to open it using a thing called Cloud ePub Reader with Drive.

Okay, I feel like I’ve got this figured out.

For the beginning of the flashback, I decided to cut directly into it, to throw off the audience just for a bit.

At the end of the flashback, I implemented a transition that’s a trippy ripple effect.

I’m just about to export the new version of my AOTC fan edit.

This is very belated, but I feel like I meant to ask about how I implemented flashbacks in my fan edit of ‘Attack of the Clones.’

Before the scene of Dooku interrogating Obi-Wan, I showed the scene of Obi-Wan and Qui-Gon dueling Maul. However, I think I went too far in showing Anakin destroying the Trade Federation ship, especially considering that this flashback is supposed to be from Obi-Wan’s point of view.

All in all, do these flashback ideas work, more or less?

If not, how can I use flashbacks in AOTC in a way that’s efficient?

Lately, I played around with editing together the ‘WandaVision’ series as if it were a three-hour film.

This means that I ended up cutting a ton of fun stuff.

At the same time, I feel like I managed to get to the meat of the story in a way that’s still presentable and fun.

You can PM me for a link.

May the Force be with you!

I’m really enjoying the ideas in this thread.

In particular, I love the idea of adding in K2 units in the backgrounds of Imperial environments.

K2-SO was such a funny dude.

Adding color to the Emperor’s shuttle creates a strong connection with the prequels.
And of course solves the problem of reusing the same shuttle on ROTJ again and again 😃 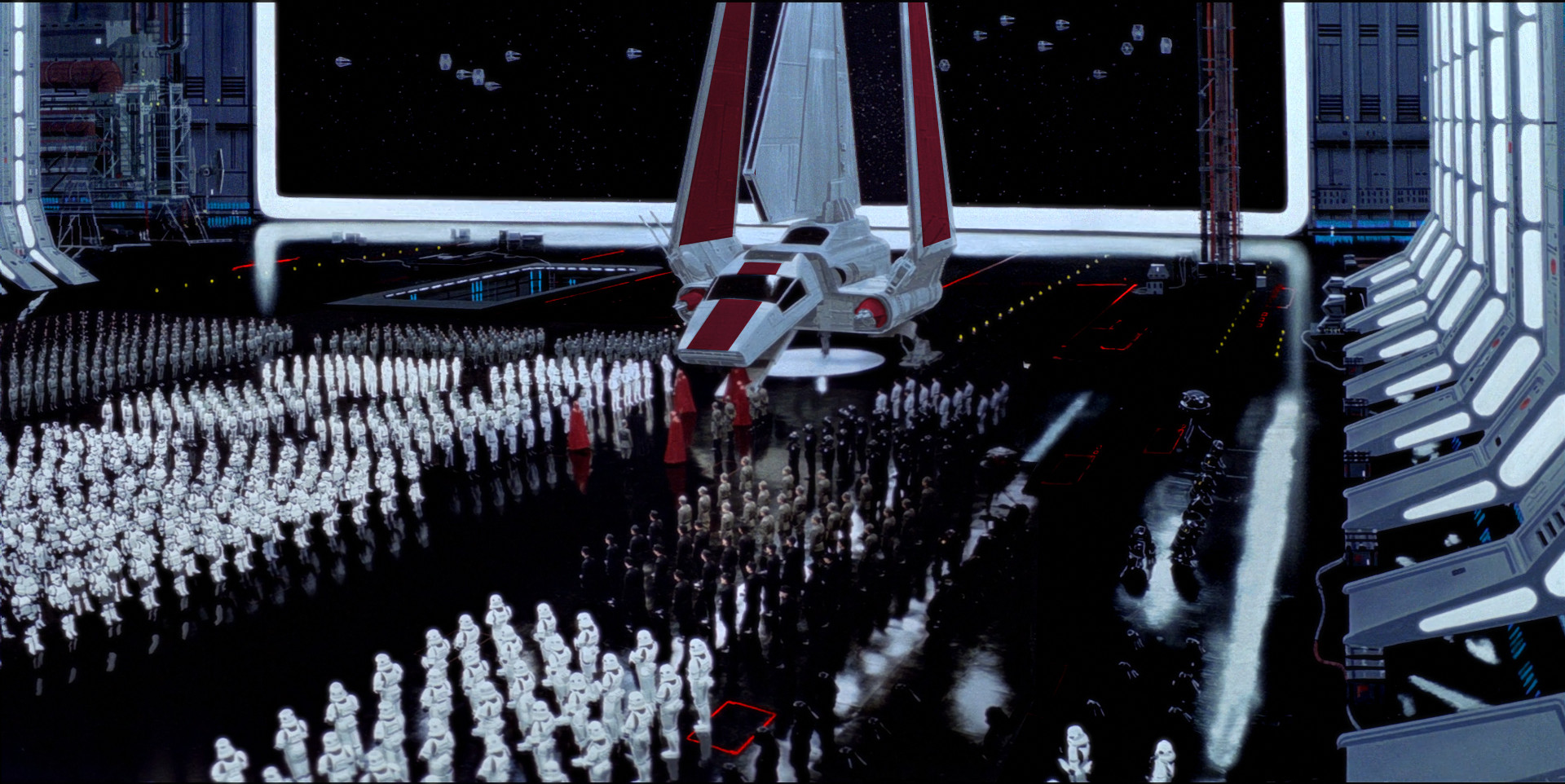 Does anyone know if that Sheepish dude from YouTube released his TPM edit yet?

He’s released a ton of great videos about it, but I seriously want to see the finished edit!

If you’re working off of New Canon Cut, you absolutely have quality problems. xP

Only in the sense that I felt a need to cut the 30 minutes between Padme’s “I’m preggers” reveal and the opera house scene.

Currently watching my own fan edit on my phone from a link I shared with a friend while making dinner in my apartment, and…

I see absolutely nothing wrong.

Have a great day.

Thanks for your interest.

First, I need to get the quality improved.

Thanks! Would you like a link to watch my fan edit?

Also, regarding the continuity error, when I see it myself using a time stamp, I may or may not care too much.

I could leave it in as a kind of Easter egg.

Right now, I’m mostly concerned with getting the quality back up.

Instead of linking to a compressed video, maybe I should try uploading the original video?

There is a contunuity error when Ahsoka and Rex are looking at the door is sparking Rex is sitting at the table and Ahsoka is nest to Rex and two shots later, Rex stood up and grabbed his helmet and Ahsoka approaches the door.

Thank you for bringing this to my attention.

What’s the time for that?

Someone has let me know that the quality is kind of low.

All I did was compress the video using HandBrake and uploaded that compressed video to Google Drive.

Would anyone have any suggestions to improve the quality?

Maybe I should try uploading the original video to MEGA?

It is in 360p. And if I go anywhere when the film stars plays, it loads for a long time. When I restart the film it goes to the beginning.

What about General Dodonna in Rogue One?

What about the droid attack on the Wookiees?

Cut about 30 minutes out but also inserted most of Siege of Mandalore arc, giving it a runtime just under 3 hours.

Basically, I started with the New Canon Cut of ‘Revenge of the Sith’ by NFBisms as a solid foundation.

Then, I cut most of the Battle of Coruscant so it seems like Anakin and Obi-Wan head straight to General Grievous’ battle cruiser.

Also cut a couple of quick shots of Grievous so that the audience ends up seeing him at about the same time that Ani and Obi do.

Also cut about 30 minutes of scenes after Anakin’s secret reunion with Padme at the end of Palpatine’s rescue, leading up to Anakin’s talk with Palpatine at the Galaxies Opera House.

I cut all of that footage because I’d always felt that those scenes were way too dialog-heavy without actually moving the plot forward; in this way, I feel the pacing is much better.

1251isthetimethati, a Reddit user, has a video that helped me download all of the scenes from the Siege of Mandalore arc from ‘The Clone Wars.’

Unfortunately, because I really wanted the intro titles to be seamless and everything, I didn’t include the intro to the Mandalore arc.

However, I did include it as a post-credit scene of another fan edit I did, Episode 2: Labyrinth of Evil.

In this edit, I did my best to integrate the Mandalore scenes with the original ROTS scenes while also keeping up the pacing, which means I kind of had to snip off some footage toward the end of a sequence, etc, but I also used wipe transitions where I felt they would work well.

You may also notice that Anakin’s assignment to spy on Palpatine is basically given off-screen, again, for pacing reasons.

There was a point where I was looking for the end of Obi-Wan’s fight with Grievous, and I realized it occurs after the scene where Palpatine reveals himself as a Sith to Anakin.

To me, such timing feels out of place, so I moved the end of that fight to an earlier point where we see Grievous escaping on his motor bike.

I mean, sure, Obi defeats Grievous before Anakin informs Palpatine that Obi has engaged Grievous, but a fight can escalate more quickly than Ani can receive a play-by-play of it.

Toward the end of the credits, I inserted Obi-Wan’s message from Rebels.

At the end of the credits, we can also see the final transformation of Darth Vader.

Another note: It must seem insane, how many times I’ve edited this film, but I feel that I’m finally 100 percent satisfied with it.

Eyepainter, I’d like a link to your fan edit of Episode 2.

Also, sending you my condolences for your family situation.

I learned something new today.