Revenge of the Sith

A simple goodbye, and be safe from your friends at PHXiSO..

Video Collector wrote: Could you check and see if the Treadwell's version has Luke felling a speeder bike with his lightsaber, and the A-Wing crash through the Star Destroyer bridge present? I believe they were both missing from my version.

First impressions of the TWC328 are very good. The image is much improved over my beta copy.

The section on Endor where Luke returns after the speeder chase is choppy, with several jumps and snippets of dialogue missing. Same with the following scene where Leia first encounters Wicket. (These sections were missing entirely from my copy. )

Quick rundown of the camcorded Episode II bootlegs I have: 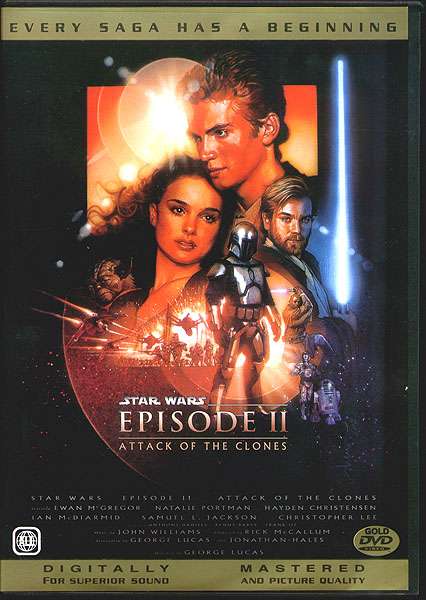 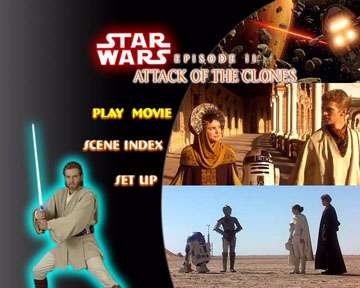 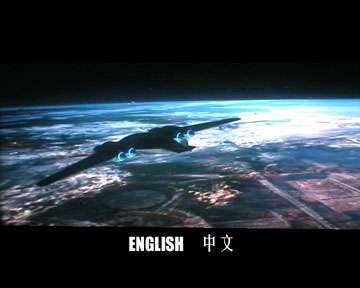 Camcording. The image is bright and detailed. Retains most of the image area. Image is blown out in highlights. 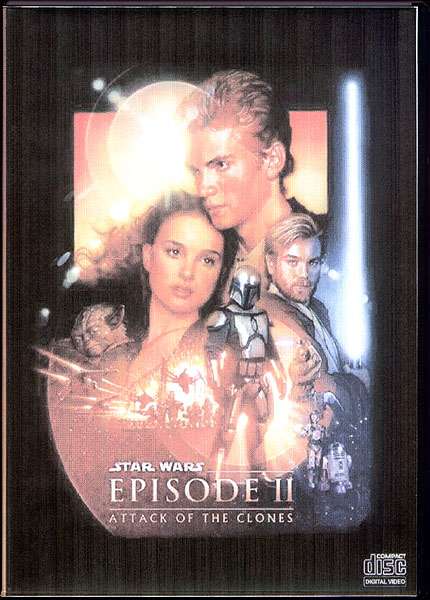 Camcording. Appears to be the same source as the "Superbit" edition, but before the aspect ratio and perspective shift were corrected.

This came on a DVD-R and was encoded in the lowest DVD resolution allowed. Also the only NTSC version in this group.

Please note: All screenshots have been resized to fit the forum better.

(The Superbit edition is the only one to begin with the 20th C.F. logo and Lucasfilm logo. The other ones cut this out)

None of these bootlegs have the complete end credits. 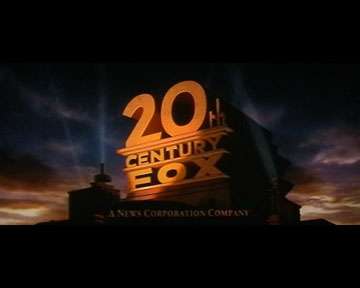 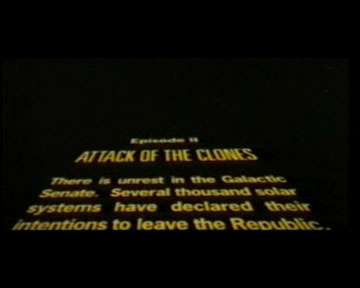 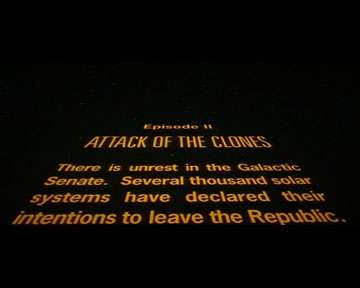 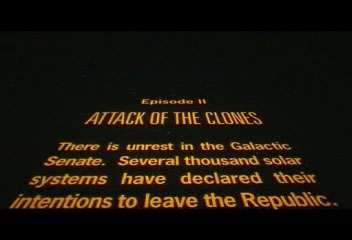 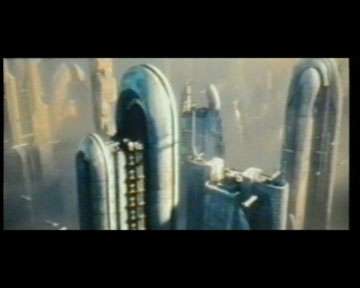 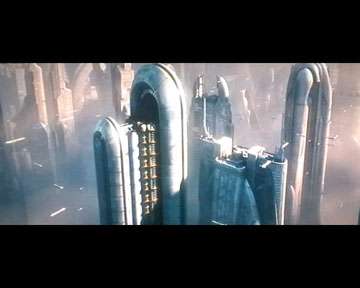 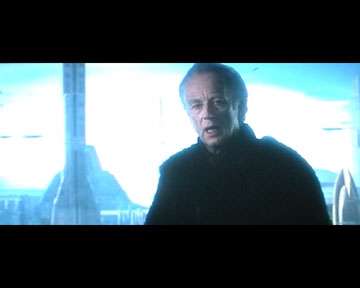 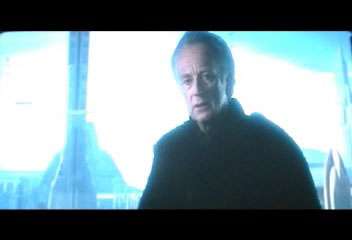 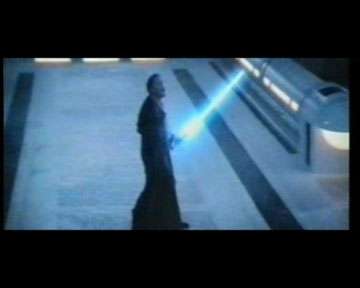 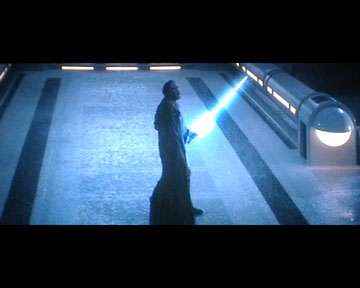 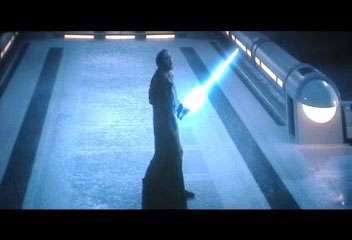 In these shots, you can clearly see the adjustments made to the Superbit version to correct the perspective distortion from the camcording. 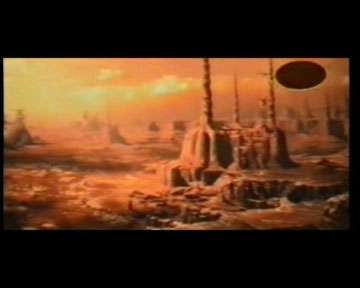 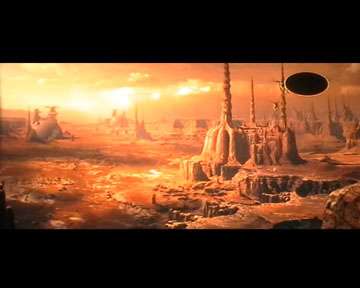 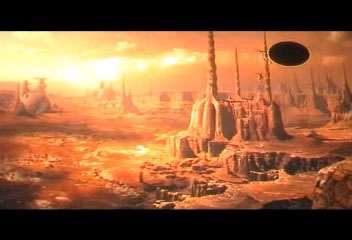 The reel-change markers are identical on all sources. Their elliptical shape shows these are from anamorphic prints. 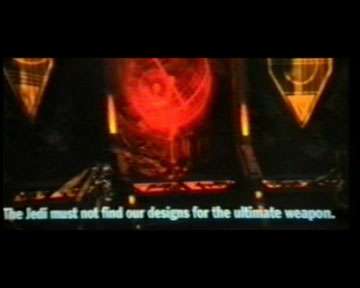 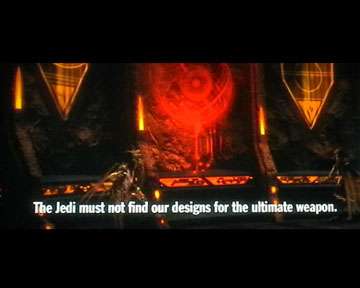 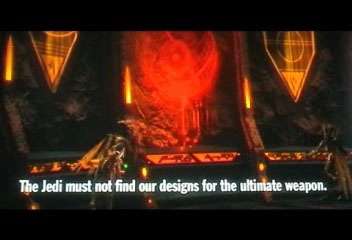 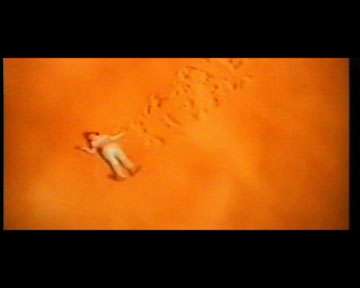 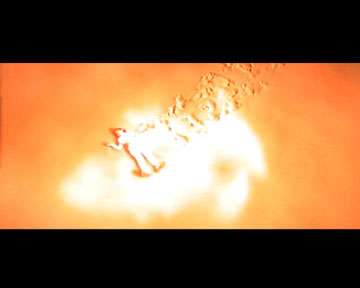 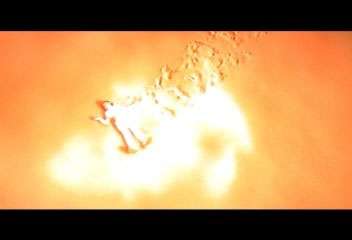 Here's a bigger comparison to better judge the image of the bootlegs.

I've blown up the size of the half-rez CD-Master edition for easier comparison, the other two are untouched apart from cropping of the black bars. 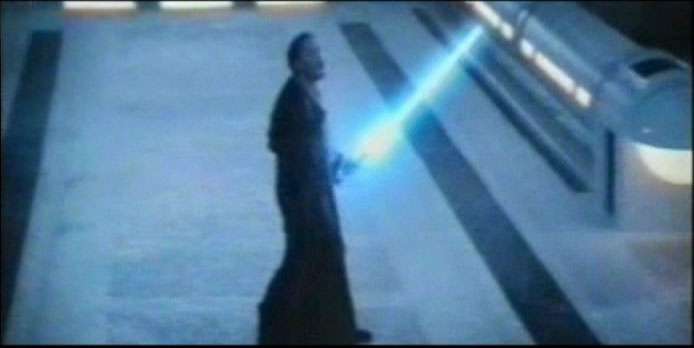 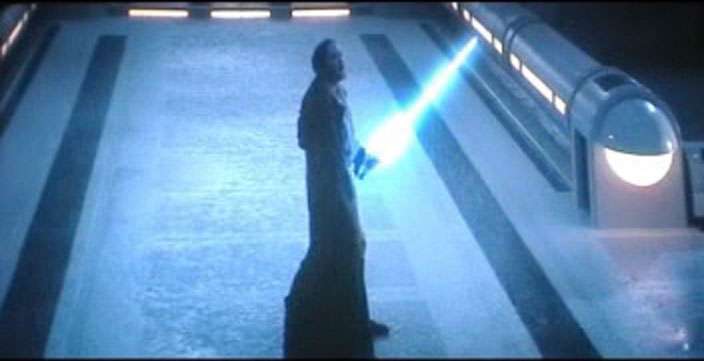 Here's two other AotCs for comparison.

'Cinema' - Which looks similar to the 'Gold' the cue mark is in the same orientation.  The colors differ, but most likely they corrected for the DVD.  But 'Cinema's lower frame shows the most of any of these 5.

'ctp' (Centropy) - From one frame inspection is very close to 'CD-Master'.

Wow, Video Collector and none, nice AOTC bootlegs! To my eyes, the Superbit looks to be the best of all of them. It was pretty interesting to see the reel change marks...

Anyway, do these have any of the censoring in European versions (i.e. no headbutts)? Also, are these sourced from the 35mm cut without certain additions in the DVD/Digital version?

TAF wrote: Anyway, do these have any of the censoring in European versions (i.e. no headbutts)?

That's a good point to identify these versions.  the 'Cinema' and 'Centropy' have the headbutt.  And since they have cue marks they are not from a digital screening.

And since they have cue marks they are not from a digital screening.

Of course! I don't know why I didn't realize this..

Anyway, wasn't their more censoring in some foreign versions than the headbutt. In fact, I vaguely recall the changing of C-3PO's line from "Die Jedi Scum" to the tamer "Die Jedi Dogs."

SKot wrote: I've been following this thread with great interest.

cheeky basterd.  Thanks for the memories.  Do you remember much about the IRC trolling?  Was it SW based fans doing the distribution or the hardcore movie traders, guessing the later.  Remember seeing AotC on an irc channel found off of the vcdquality irc, my first dip into that arena.  But wouldn't be surprised if some of the more well known SW websites had copies of TPM for their moderators and crew.  How bad was the podrace splice?

It was hardcore movie traders.  I had to lie low for a while and listen in to get the feel of what they were up to and how they worked.  I knew I was likely to be looked down on for only being there for one movie, and for having nothing really to offer in trade.  But occasionally I found someone who would talk to me about it.

The podrace splice was pretty choppy, quite a few frames missing.  I remember well that it happened right during the sequence where Anakin goes up the "ramp" and makes the jump.  He hits the ramp, cut to him in the air, cut to him landing on the ground.

I think the telecine came along fairly late in the game in the trading circles, by which time TPM was (relatively) old news and the VHS/laserdisc was probably already on its way, hence its lack of exposure and low distribution.  Nobody cared except for the most obsessive fanatics looking for the best possible reference copy...and I guess I fell into that category.

Wow Skot! A telecine copy would be fantastic. I didn't know anything existed like that for Episode I. It would definitely be "one of the best sources ever." Hopefully, you can find it along with your copy of the Z version. The history in the bootlegging of TPM is really fascinating and seems to be growing more and more intriguing...

It is potentially a very great source; however, one thing to keep in mind is that although the quality of that telecine in full screen in 1999 seemed pretty amazing, I was probably running on a 17" monitor with a 1024x768 screen resolution.  What looked decent then probably looks tiny and terrible now.  My copy of the original camcordered SDCC showing of the Biggs cut scenes now looks positively microscopic.

If one could somehow track down the actual source of the TPM telecine, though...what if a higher-resolution original copy is out there?  Or perhaps they didn't care anymore either once the DVD came out...

none, do you know if the Z version of TPM even exists still? Do you have a copy of it?

I would love to get my hands on it!

Also, I would like to thank none, Video Collector, and people just like them for preserving these boots. Without people like you, future generations provably wouldn't have a privilege of seeing these versions.

I think Ripplin was making a joke about how boring the movie is.

Would it happen to be titled "Star Wars Galore"?!

link343 wrote: I would love to get my hands on it!

Of course you would, but I think he's making a joke.

I posted some screen caps of TPMVHSNYC a page or so back.

TPMVHSNYC is notable as it was the source most news outlets used when reporting on the issue.  Although it lacks in many categories, it does have a wider frame size then other official or unofficial release.  Also learned from comparing TPMVHSNC to the second half of 'Z' that each print was hand marked up.  Not sure if that's a typical projectionist thing or some other reason.

There's 2 random play menus for the 'Chapters', and some other features.  and in the DVD_ROM are news reports from that time.  One of them has an early report on 'Fanboys'.  I'll post full details eventually.

Without people like you, future generations provably wouldn't have a privilege of seeing these versions.

Thanks, but i'm personally not doing anything you couldn't do as well.  Just asking people what they remember, and seeing where that leads.

Would it happen to be titled "Star Wars Galore"?!

link343 wrote: I would love to get my hands on it!

Of course you would, but I think he's making a joke.

Thought this snippet was interesting.

The NFO for "The.New.Guy.SVCD.TS-Centropy", released in early May 2002, contained the following note:

PS. Want Episode 2 in this quality? Dont count on us to bring it to you. the unwanted media attention the current releases has drawn has made us more than a little reluctant to put a release out. Having said that, we are sure someone else will come to the rescue, for all you Star Wars fans out there.

The first TS was released by FTF on 9 May 2002. Despite the quote above, Centropy did eventually release an SVCD TS on 22 May - initially it was  named "Something.We.Had.Laying.Around.SVCD.TS-Centropy".

^ Nice research.  Makes you wonder how many other random named versions there are.

Some additional mentions of the pre-full title CTP AotC:

When I was a kid I had a vhs bootleg copy of Return of the Jedi.  I was the coolest kid on my block for about a week after I got it.

I can tell you that it was not the full screen version mentioned earlier in this thread.  My copy was of very low quality, due to the fact that it was many generations down from the original.  It was also presented in letterbox mode.  The strange thing is it was more 1:85:1 letterbox than 2:35:1 mode.  I am not 100% sure if it was a camcorder copy or telecine copy due to the low quality.  It did have direct audio though.  I am leaning more towards a camcorder copy. The part when the large Imperial cruiser falls from space and crashes, the film actually froze and broke.  There was then a harsh edit point.

I grew up in the Detroit area and first learned of the is bootleg while at the barber shop with my Grandfather.  They guy who owned the shop told me he just watched the new Star Wars movie at home.  Surely I thought he was confused and had just watched Star Wars on HBO.  He said come back the next day and he would have a copy for me.  This was summer of 83.  Needles to say I never made it back the next day.

A few days later the local news ran a piece on Return of the Jedi bootlegs hurting profits at local theaters.

I received my copy from a friend of my parents a couple of months later.  Like I said though, by the time I got it many generations in quality had passed.