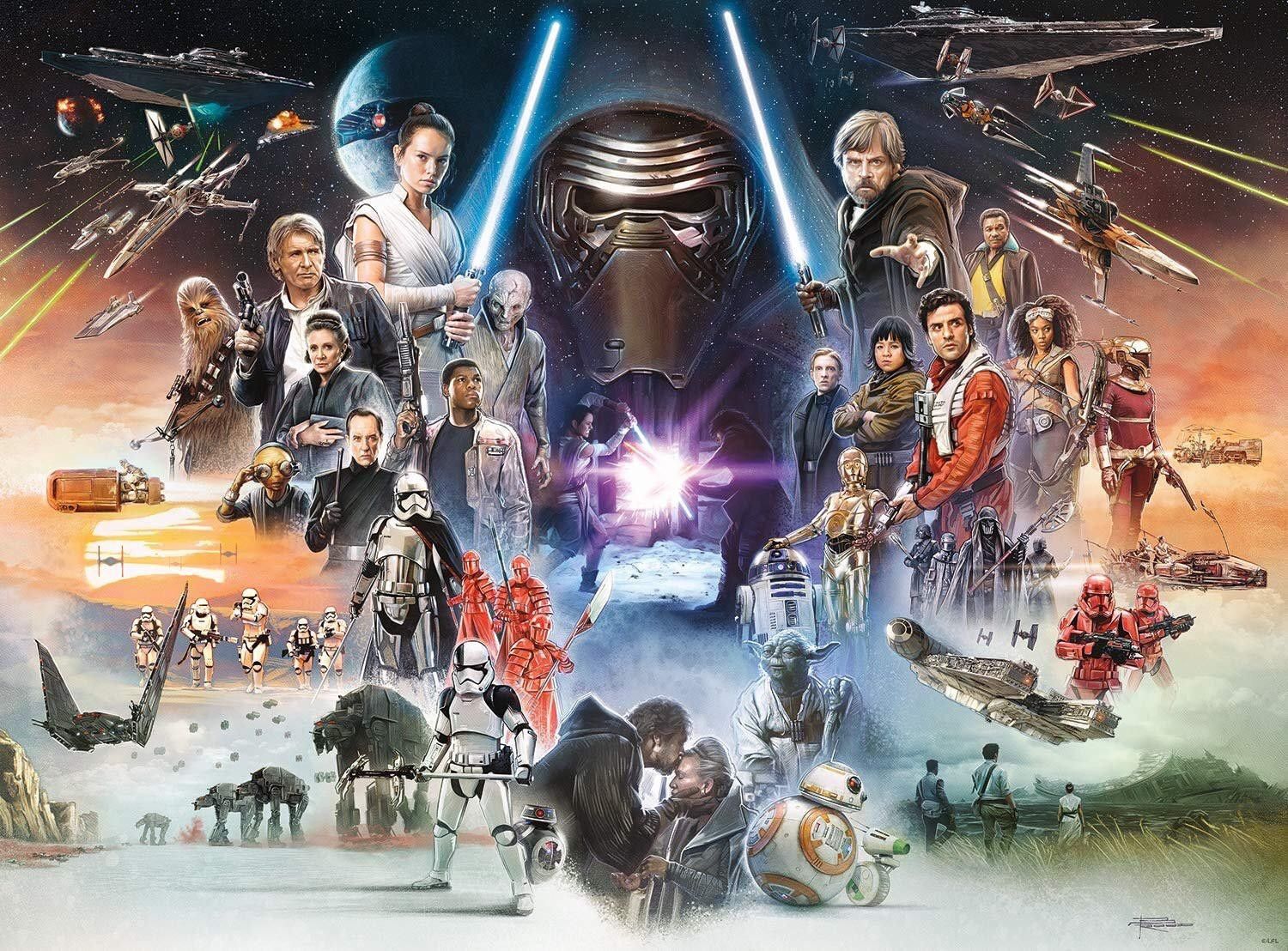 Star Wars: The Last Skywalker Awakens is a fan edit condensing all three films of the Star Wars sequel trilogy into a single, monolithic tale centered upon Rey, Kylo Ren/Ben Solo, and their battle over the Skywalker legacy. It is meant to serve as an epilogue of sorts to Lucas’ Star Wars saga (episodes I-VI).

At its core, Rey and Kylo’s story remains much the same: a metatextual space opera of lineage, legacy, belonging, betrayal, war, family, and lucrative merchandising potential. This is not a “cut out everything I don’t like” edit. I’m incredibly fond of Finn, Rose, Holdo, Zori and many other characters whose roles wound up in the margins of this story. In a just world they would all have their own films.

It’s an attempt to refocus and amplify what I feel is already at the heart of the sequel trilogy, without losing a wider sense of scope. It was also just a fun thing to make while learning to use editing software, and wouldn’t exist without the passionate fan editing community, so thanks to you all.

Some of the more significant changes and additions include:

A list of cuts and additions as of the v2.5 workprint can be found here.