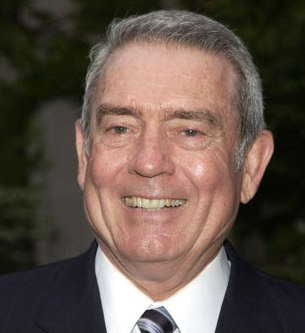 Welcome back! My next guest is a-

I think everyone's tired of watching and not laughing, so I decided to help you out.

Oh, really? (This oughta be good)

Mmm-hmmm. So me and the boys did you the favor of putting together a totally new little comedy segment for you.

I...see. So what do you call this segment?

We call it "JMac and The Accusers' Top Ten List"! 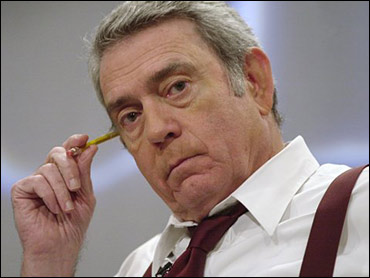 [WE NOW RETURN TO THE VFP SHOW, CUTTING CLUMSILY INTO THE MIDDLE OF A JOKE]

But glad you're all here! bkev is here, Leo Kottke is here, and we're coming right back right after this!

I hate to admit it, Joe, but I'm a bit of a perfectionist. I get irritated with people and their little quirks sometimes. Even friends. Here's a good example of what I'm talking about - and it involves parmesan cheese.

So I go along with a friend to pick up his pizza the other day and the counter guy asks him, "Do you want some parmesan cheese for that?" For some reason, he says "No". He declined, I kid you not. Let's recap, shall we? He's got a extra large, pan-crust, four-cheese with no toppings, cheese-infused crust pizza; a pizza is chock full of cheese - he's probably going to get four or five days worth of dairy servings out of one slice. And yet he turns down the parmesan. WHY? WHAT'S THE POINT? WAS THERE ONE SINGLE BENEFIT TO TURNING DOWN THE PARMESAN CHEESE?! DID HE STRETCH OUT HIS LIFESPAN EVEN A LITTLE BY DOING THIS??

Kind of reminds me of those salad bars that have shredded cheese, bacon chunks, and pepperoni slices. I mean, if you're getting that stuff on your salad, you might as well toss out the lettuce and tomato and use biscuit gravy in place of dressing.

Man, can't you guys pretend to like the monologue?

Anyway, Paris Hilton will be teaming up with the cast of Jersey Shore, which spares me the usual necessity of a punch line.

We've got a hell of a show tonight! bkev is (kind of) here! Leo Kottke is basically here! And you know these guys are here - Joe McCarthy and the Accusers! Guys, let 'em have it!

So...what's happening in the news? We're into day forty-nine of the BP oil spill; this has got, understandably, many concerned. Wildlife is being threatened, the economy is facing setbacks as a result of the spill, and citizens are expressing concern over the percieved lack of response from both BP and the US government. White House spokesman Robert Gibbs called for calm, saying, and I quote, "We've got one of the finest natural petroleum containment specialists available on the case."

So then, I guess everyone can rest easy...see, the guy just took it right out of the ground and they moved to...jeez, who wrote that one?

Joran van der Sloot got arrested! Seriously! Apparently, he murdered another some young woman in Peru. Strangled her to death. Yep. And he's agreed to take police on a walkthrough the crime, but Joe, here's the funny part: It seems he's sort of subconciously admitting to the Natalee Holloway murder. 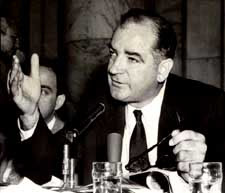 Well, they think that because when everyone got together for the start of the walkthrough, van der Sloot showed up in scuba gear.

Tonight: one of the great young prodigies in the history of OT.com - BKEV!!

Plus: say hello to THE VFP Show's house band, Joseph McCarthy and The Accusers!

Ladies and Gentlemen - get off your seat and on your feet: IT'S THE VFP Show!

AND HERE'S YOUR HOST, vote_for_palpatine!!

If I'm on the show, how can I crash the show?

And yes, I sought out Gaffer. He has a YouTube show and his 5 year anniversary happened on the same day as the first episode. The rest of you are boring and have to grovel for any little morsel of fame I deign to parcel out welcome to PM me to get on the show!.

PM me if you want that coveted big guest spot!

This has been a real Blue Monday.

I don't have a favorite team in football - I'm more of an anti-Cowboys fan than anything. I guess if pushed for an answer, I'm a Texans fan.

I know nothing about football, on the other hand. In international events I root for the USA, but if they get knocked out I find another country to root for.

See? No confusion there, right?

I had unknowingly set my NumLock on and it converted one of my password letter to a number.

Don't get down, W. There will be a game seven.

I had unknowingly set my NumLock on and it converted one of my password letter to a number. Fortunately, I found out and disabled numlock, thus restoring my writing projects, my gaming portal, and autoerotic activities.

In celebration, I will display the password as it appeared when in numlock mode:

You're also locked out of your computer? Dude, that sucks.

I haven't tried yet as I am too busy savoring my rage.

I'm locked out of my own computer.

I created a guest account on my laptop running Windows XP. I set a new password. I remember what the password is. Evidently, I must have typed a bad letter or number because I cannot get into my stuff.

Coz Bobba Fett alawyas gtes his man. I think dat bobba fett is badas. Ya no what im sayin! Plus he wanted to kep Laya for hisself. U No wat I mean, coz dat shit is fuggin gangsta.

Errm, they have the 'European cup Finals', that'll be in 2 years time...

Oh, can you also please explain why your 'World Series handball football' is called that...isn't USA the only country that takes part??

Oh no, HotRod - I was saying that, instead of calling it "American Football", they should call it "European Soccer". Since the word "soccer" is kind of frowned upon, then why not just assign it to American football?

They should really call it "European Soccer".