Bluebird is a Russian site, so it’s normal if they leave the Russian subtitles, of course…

About using BD (or UHD) to get rid of hardsubs, if all of them are on one line, it is possible.

Would be great to see the differences of 3D BD and previous BDs, because, AFAIK, 3D BD still has changes - some that come to mind is the tree at the beginning, and “light ray” from the hand near the end.

I got another idea in mind, but first I need to clear those doubts…

Thanks for your kind words!

Agree, I went maybe a bit too far with noise reduction but, hey, it was one of my first projects, and also the source is what it is… 😄
About grain, it was not present in the LD - or, at least, resolution did not preserve it so well.

Watching it with fresh eyes, the only reason to prefer this to BD is color grading and few shots that were changed in the BD; if I would update this, I’d use BD as main source, regrading it as LD, leaving only the changed shots as in the actual project.

Thanks for the answer!

Yep, it seems your route is the best - the procedures you are following are good!

Not a Beatles expert, but there are a lot of laserdisc editions; it could be possible to find out some mono versions, so I guess laserdisc higher S/N and dynamic could be a better source, at least in theory.

According to this post
https://www.slashfilm.com/the-abyss-blu-ray/
it would be real… still, who knows (now) if it will get the same fate of T2 UHD?

So, I thought to give it a try…

final version would be 10bit, though, I would like to be UHD-BD compliant (a dream, maybe, let’s see)

Now, would be nice if someone with an UHD TV/display could download it and give an opinion. 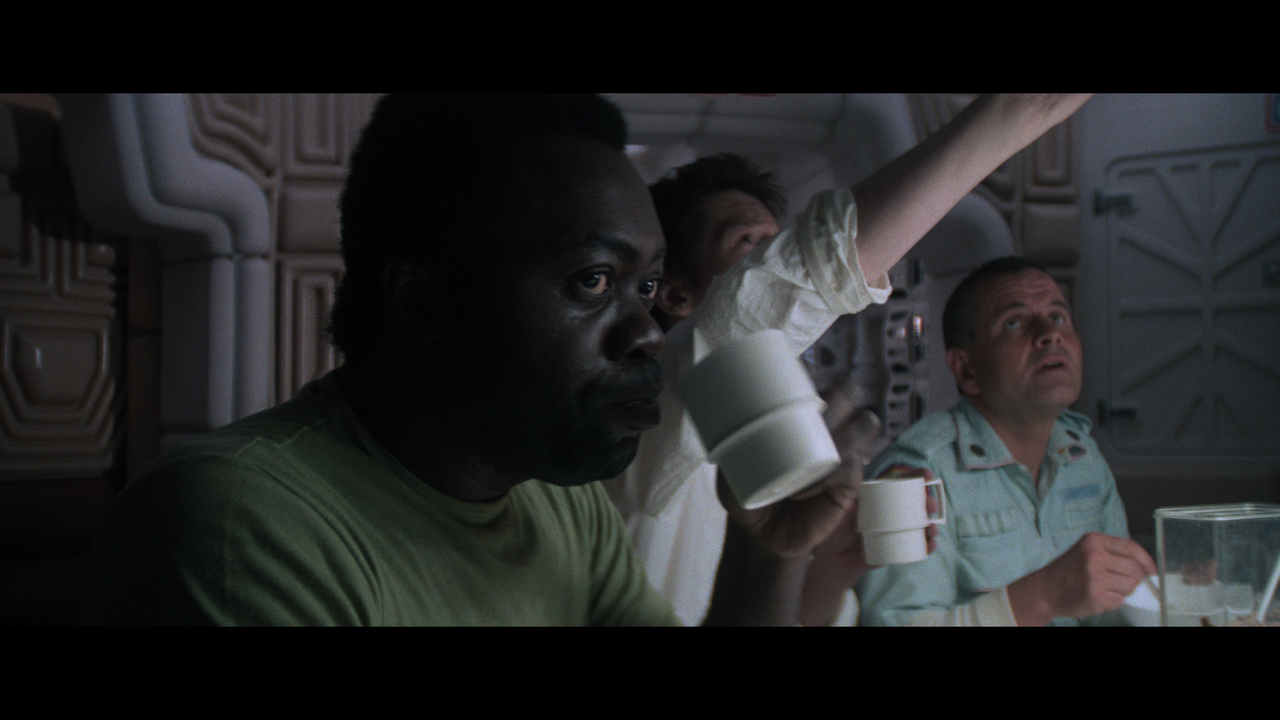 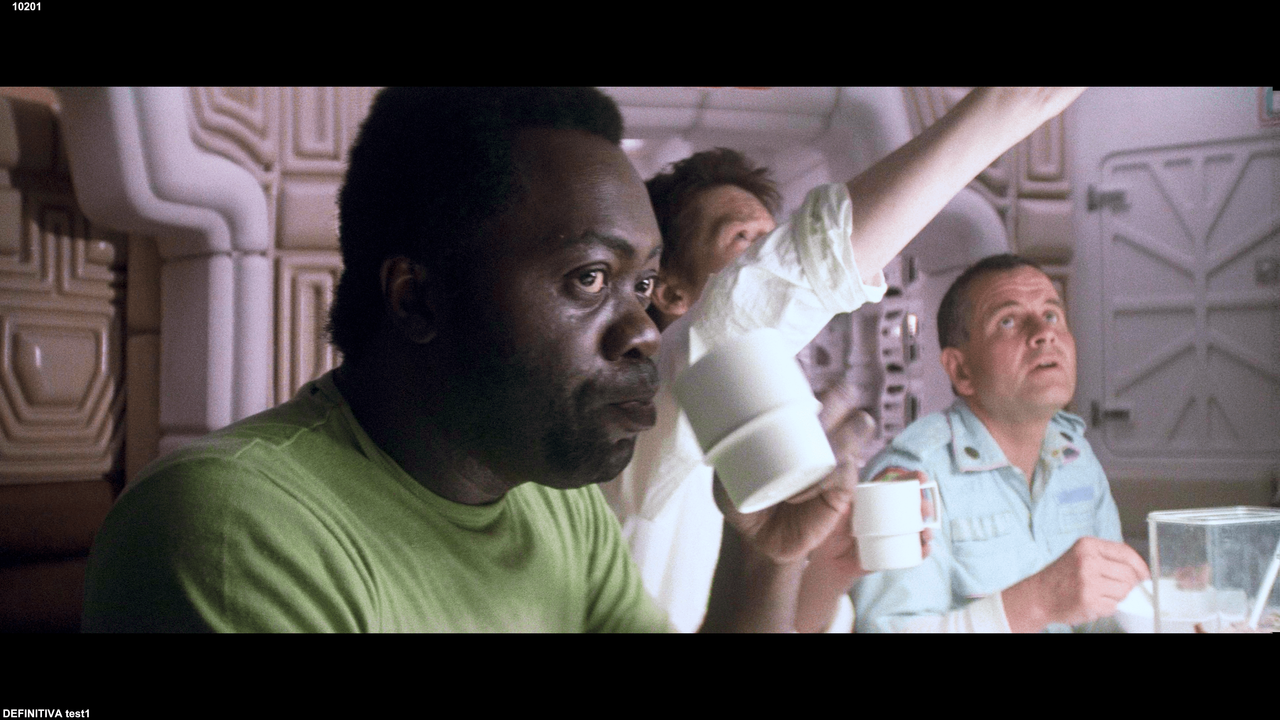 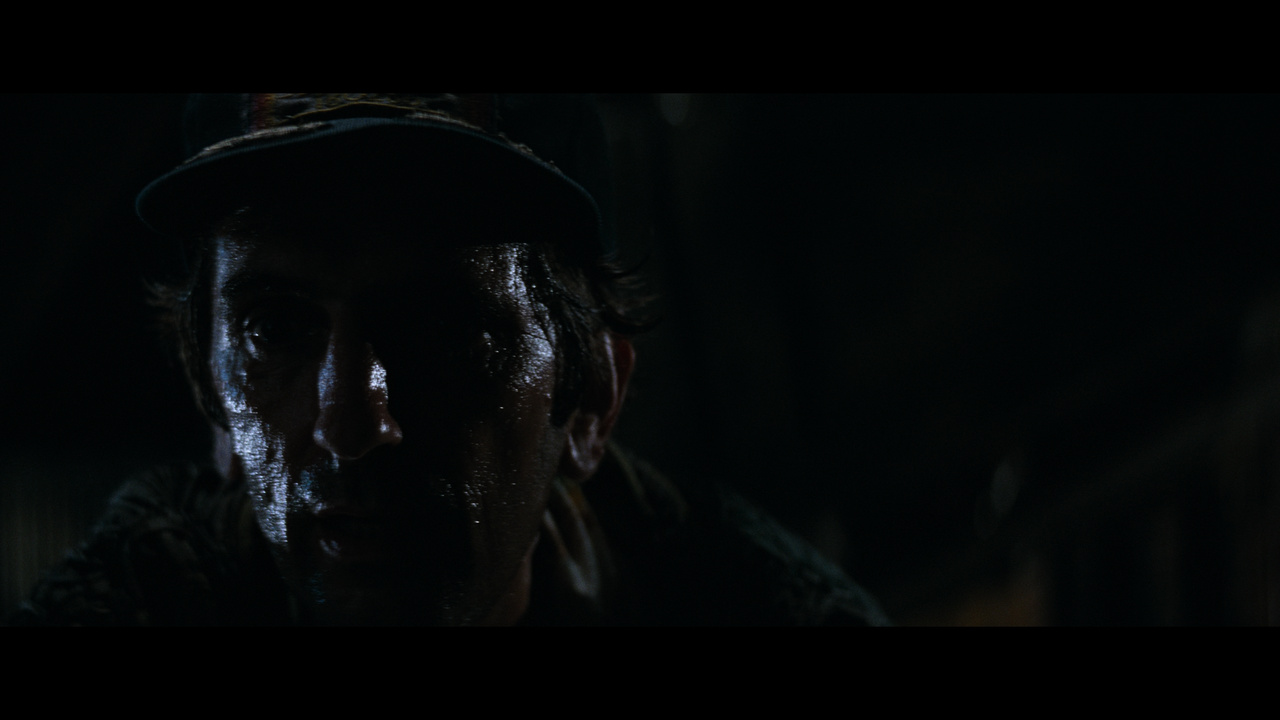 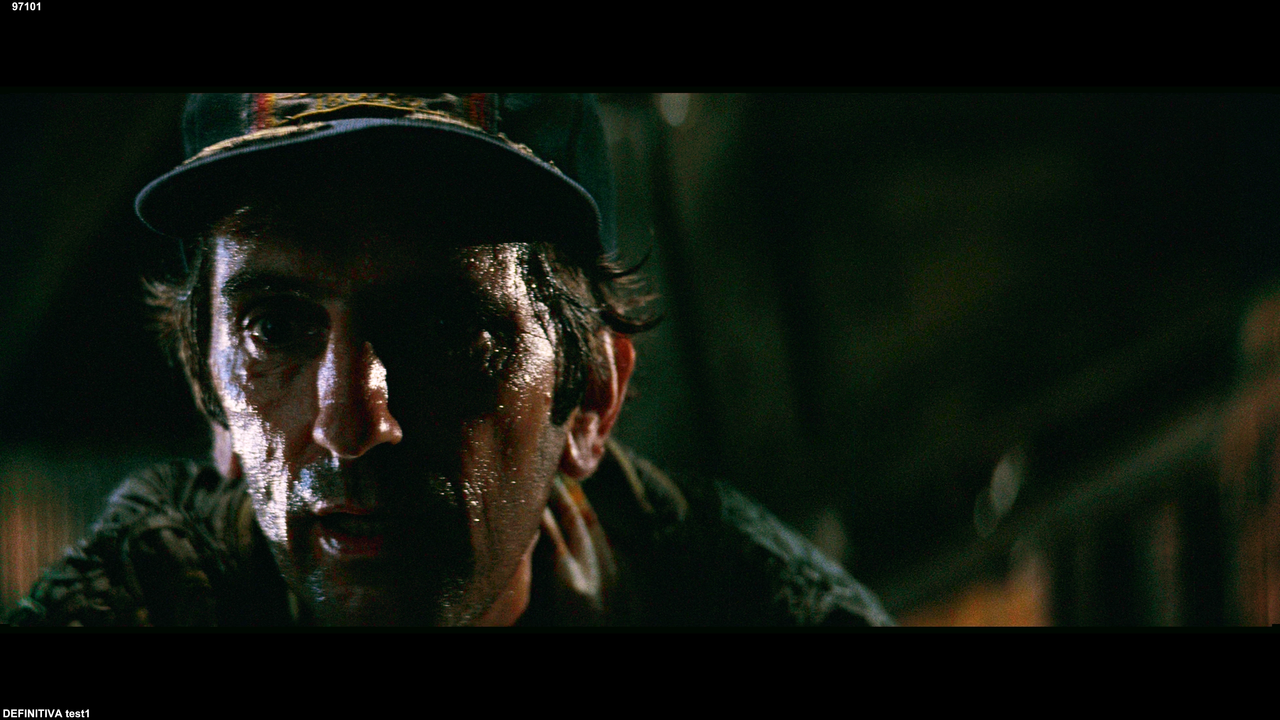 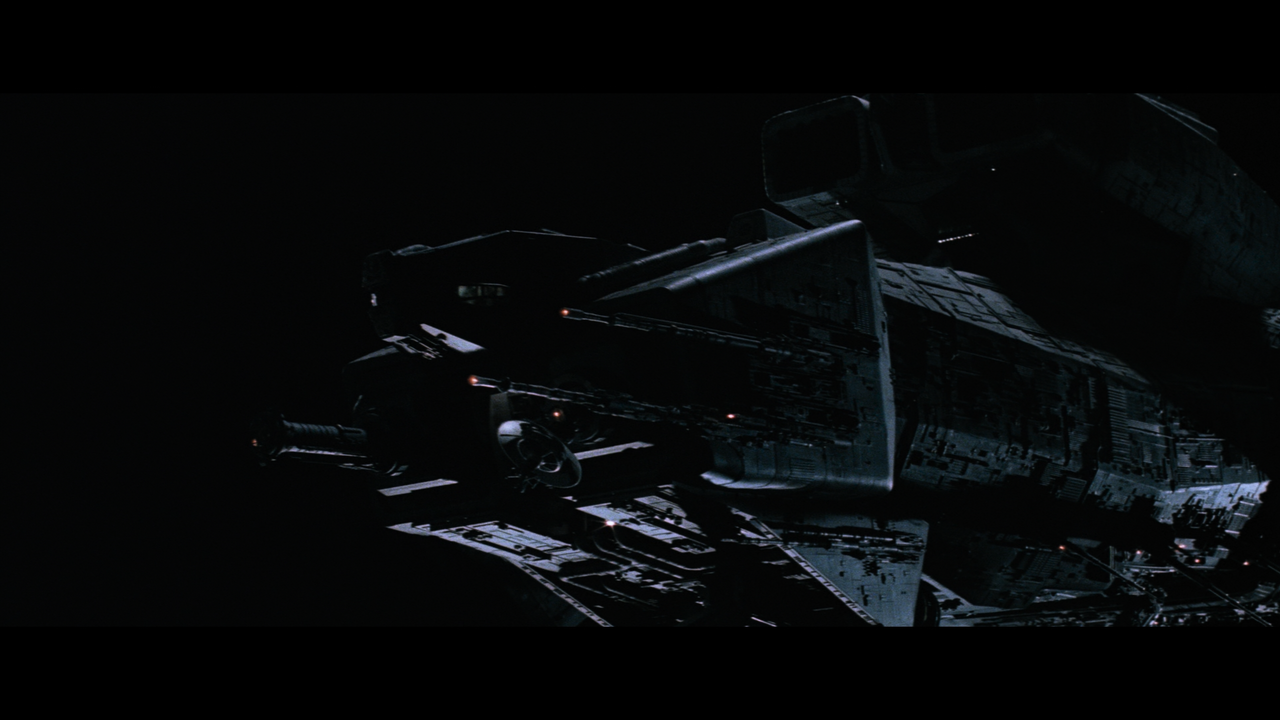 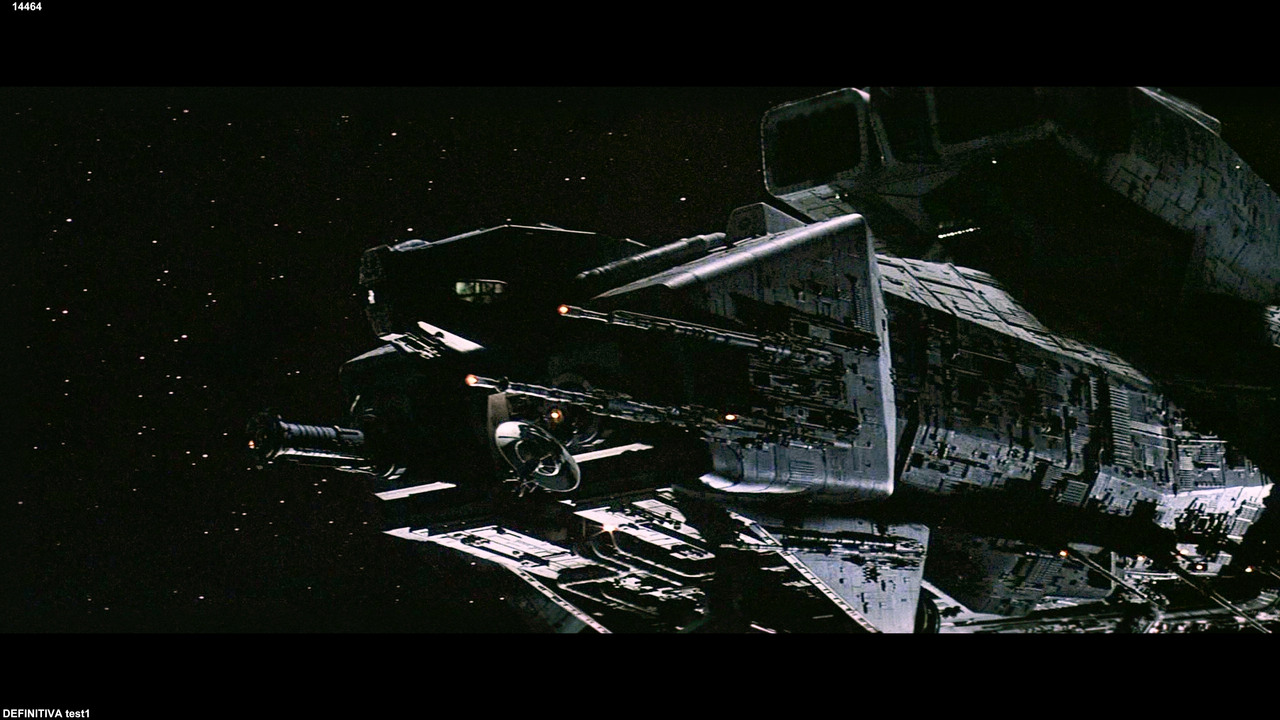 It is obviously not the original negative, but a Kodak 2382 lowfade in very good condition.

Again, US DVD/Blu-ray players and displays are known to have issues with 25 or 50 field/frame content (SD or HD) - they’re generally not made with anything other than NTSC/film specs in mind (whereas European players have been NTSC ready since the DVD era).

Sorry, you are completely right… well, let’s take the 25/50fps to 23.976fps (or 24), and we will solve everything - or not? Even if there is some movie pieces in the PAL sources, they surely not have IVTC problems.

I guess the only solution that would suit all users is the ‘bag of files’ option, which isn’t much fun from a user perspective but at least has the benefit of source purity.

“bag of files”, meaning all PAL and NTSC files “thrown” inside a directory/disc?
I’d go with two (or more) disc, one PAL, one NTSC (possibly including two versions, where available).

AFAIK the open matte 007 movies are:

(curious to see the latter!)

Congratulations, really! Also, your pictures are very nice, you are a talented boy!

Can you post some screenshot comparison of your edit, before/after? Curious to see the differences.

I recovered my old Technicolor-look-a-like-more-or-less regrade of A New Hope made two years ago, and upscaled the regraded HDTV using this technique:

Guess I went too far with the highlight, clipping some whites.

So, if someone downloaded the clips, how do they seem? Too fake, plastic-y etc. or watchable? Thanks for the feedbacks!

Sources went through temporal noise reduction, and when needed (usually with MPEG-2 sources) deblock and/or sharpening and/or dehalo.
Using more than one source helps to get some details back, even if the whole process is far from perfect - “guessing” details sometimes, losing them other times…

I downloaded Emanswfan’s 35mm 4K Filmized ROTS test clip; I like a lot his color grading, so I applied it to my test clip (just increased the gamma for the luma, though); added also a finer 35mm grain plate.

Comparison: http://screenshotcomparison.com/comparison/131243
Test clip: http://www.filedropper.com/rotsuhdtest (only 10s, just to have an idea)

Opinions are welcome as usual.

The fact is, difference in the TPM comparison is so big because the source was quite poor - in comparison to BD, for sure, hence it looks… well, “better” - at least, watched at 1x; in motion “should” be even nices. I guess BD would look not so sharp, yet better than simple “go and upscale”. Color grading apart, of course.

I guess also TPM could have some value, until a 4K (or more) scan will be ready.

@Bobson Dugnutt: took a look, it seems great! Don’t know if this project could have a reason…

@RU.08: agree partially; it looks a bit platic-y, because I maybe exceeded with the sharpening, and also the fact source is HDTV instead BD did not help - indeed, previous comparison made using BD looks better IMHO.
But, sharpening it less, and/or blurring the image a bit, watching in motion, at the normal distance (not zoomed in, of course) could lead to a nice result. Of course, as usual, any feedback is welcome!

A lot of avisynth cleaning, denoising, sharpening, upscaling, downscaling, and so on… 😄

May you point me to that ROTS project? Thanks!

Attack of the Clones upscale: http://screenshotcomparison.com/comparison/130317

This is even worse, as it takes around four minutes (!) for each frame!

So, I can’t resist to make an attempt to clean and upscale the BD - and also regrade, as I was there! 😃

Sadly, no BD player on my PC, so I just took the “UHD”, downscale it 50% with paint (!) and started to develop a suitable script… it took several days of trials&errors, but I think I got a nice result: http://screenshotcomparison.com/comparison/130289

(Note: you can see some details lost in the dark areas, it’s due to my regrade choice, but this is out of the scope of this thread for the moment)

Problem #1: the difference, when zoomed in, is great, but at normal size it is far less impressive…

Problem #2: to render a single frame, my PC takes around 2 minutes (!) - so, at that rate, it will take around 8 months and half, 24/7!!! So, unless someone would kindly give me a powerful workstation as a gift (or more than one) 😉 that will reduce rendering time to a decent amount (“only” one month? two?), the whole project will not happen…

Here is the resut (compared to another project where a simple upscaled SD video seems to be used):

I did it quicky without really adjusting the fine parameters, but the result seems to me already very promising.

I just took my TB copy (ORF is the same, by the way), upscaled on MSpaint to get HD size, and noted that in this shot, its frame is bigger on all sides, in particular on bottom…

I also noted that Chewielewis’ frame size is a bit bigger, albeit your has more details; I wonder you have used the BD and overlaid the humans only, right? Why don’t you use both SD and Chewie’s versions to get added “borders”? Just my 2c, hope this could be useful!

Eagerly waiting to see this release - do not let us wait until 20th Anniversary! 😄