A dawn of a new year! Why not clean all your screens? Please do it. I know yours is dirty. Please - A guy from twitter whose name i forgot.

“I have not played all of the Lego Games so these are the ones i have played. Sorry!”

LEGO BATMAN: THE VIDEOGAME (PS2) (PC) “I Think this was the first video game i have ever played”

LEGO BATMAN 2: DC SUPER HEROES (PC) “The first game in the series to have Voice acting and a big world”

LEGO The Hobbit (XB360)
“The gameplay is Alright, the graphics are great with fantastic Lighting. But One major problem is that it only covers the first two movies, ending before any of the truly exciting stuff happens. No killing Smaug and no battle of the five armies, resulting in what amounts to an incomplete game. It’s bullshit”

This is the game i have been waiting for about 9 years but should came much much sooner and should of came out or during the start of minecraft."

I will have to play more soon… The first time i saw Rogue one i was bored especially in the second act, i also watched it in 3D which made be sick as a Dog,

And the cinema i watched it in had no air conditioning (And in Australia) it was completely bullshit.

So weird they would do that.

Hey snooker not to be picky but do you have any photos of
yoda removed from the movie?

Anyway. Not to be rude or anything but is there any news? 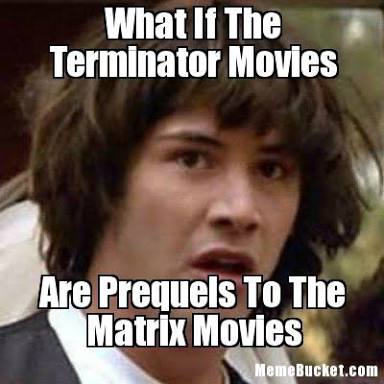 You can’t handle the truth!

I have this idea of turning batman begins into a star wars short film by cutting all of the film instead of the bruce training, Adding lines from TPM and ROTS, Removeing bruces name with anikin and skywalker, rotoscopeing swords as light saber, and adding OT and PT music. Maybe

I had the idea to make a Top Gun edit replacing the music with songs from Judas Priest’s Turbo album. For the 99.9% of you who don’t listen to metal and post on a Star Wars forum, that movie was supposed to use songs from that album but the band turned it down. I started to get into editing video and tried to remove the music from the audio but It was WAY too much work. And it took me 3 hours to process 20 minutes of standard definition video on my 6 year old laptop (I’m using right now.) I was going to make a thread announcing the project once I got some decent progress but It wasn’t meant to be. If you have the technical expertise I lack and decent hardware to work on, go for it.

That sucks. Even tho have never seen Top gun. I looks every interesting.

I have this idea of turning batman begins into a star wars short film by cutting all of the film instead of the bruce training, Adding lines from TPM and ROTS, Removeing bruces name with anikin and skywalker, rotoscopeing swords as light saber, and adding OT and PT music. Maybe

Here’s a one that works.

Sorry i was trying to send a gif and it did not work well. It was a thumbs up gif.

http://www.slightlywarped.com/thoughtvomit/images/movie_facts/twilight.jpg
Im so pissed off that this verson of the film was not made. (But it would suck too so yeah)

I mean, it’s great that you have such lofty ambitions, but I don’t think you have any idea how difficult (actually probably completely impossible) actually implementing this will be.