If there’s bootlegs of the original Star Wars movies, it’s entirely possible there’s old bootlegs of the shining. But they would have to be from the opening weekend before Kubrick ordered all the prints back and physically destroyed the scene from them.

I think there’s more of a chance of finding a studio dupe print or original print (that wasn’t thrown out) with the scene in it.

The Adventures of Bullwhip Griffin: This is a somewhat obscure Western film starring Roddy McDowall. I’ve never seen it, but apparently, some racial slurs have been erased.

Free Solo: Another film I’ve never seen. The phrase “fucked up” is replaced by “messed up”. “Goddamn” is also taken out of a TV documentary in a later scene.

Gravity Falls: Season 1 episodes have mysteriously removed the symbol on Grunkle Stan’s fez. This was apparently an edit made for overseas countries that somehow made it onto our version of the streaming service.

Hannah Montana: For whatever reason, a Season 2 episode has a character’s name changed from “Isis” to “Ice”. Despite this, another character named “Isis” in an episode of Even Stevens has not been altered.

Splash: The most infamous of all the edits. All instances of nudity have been blurred out, cropped, or covered by CGI hair.

There are more examples I didn’t mention, and possibly more that nobody has discovered yet. Are any of you guys brave enough to look for more?

I can’t believe a paid streaming service is censoring movies and tv shows. Apparently Hamilton will be censored as well. So there’s no indication these are edited? (No “this film has been modified…” before it?)

I did a resync for all the analog tracks + the digital track of dead pool. Not sure if u did that already or not.

Not a resync of Dead Pool no. The rest of them yeah, but I have not had time to work on any of my projects as of recent.

I went to a screening of a I.B. Technicolor print of this film yesterday and surprisingly it was actually quite close to the Blu-ray in terms of colour although it depends on the scene. The blue on the Blu-ray is definitely a tad strong and the highlights now have teal in them but the other colours and the saturation are pretty close to the print. The print was quite warm, especially the bank robbery scene which was darker and warmer on the print than on the Blu-ray, making it seem like it was ocurring in the late afternoon. The night scenes in particular look very close to the print, the daytime exteriors are quite good and the interior scenes are generally the least accurate. The DVD doesn’t look anything at all like the print I saw, it is too bright and the colours are washed out. I would have taken some photos and video but I didn’t find this thread until after the screening. I hope this information helps.

That is helpful, thank you. Seems much like Batman 1989, the home releases were probably de-saturated and toyed with meaning the blu-ray (which in both is heavily blue) is more accurate

I’ve skimmed through the TV cut and a noticed these so far…
-Different prologue text now with narration
-Roy killing Tyrell has been edited. The shots of Roy kissing Tyrell have been cut out and so has the thumbs over the eyes shot.

Also the narration where Deckard says “he’s the guy in old movies who would call black guys [n-word]s” is completely cut out. I think the movie’s color timing is slightly different too

I have it, if you would like it send me a PM

I think I have it on a hard drive or dvd somewhere. If I can find it I’ll send it to you

https://vimeo.com/371054639/5a71498441
Here is a new crack at it. I used the aforementioned FS DVD as the color source. It’s the same 2:20 as before. The big video on the top half is the re-grade/re-color, the video on the bottom left is the untouched blu ray, and bottom right is the FS DVD (which I tried to emulate)

SpacemanDoug said:
From what it seemed in your uploads that 1979 VHS tape was too yellow looking

Yeah, maybe I need to re rip it, or the LD is graded different?

Anyway, here are screencaps from the Full Screen dvd from 1997: 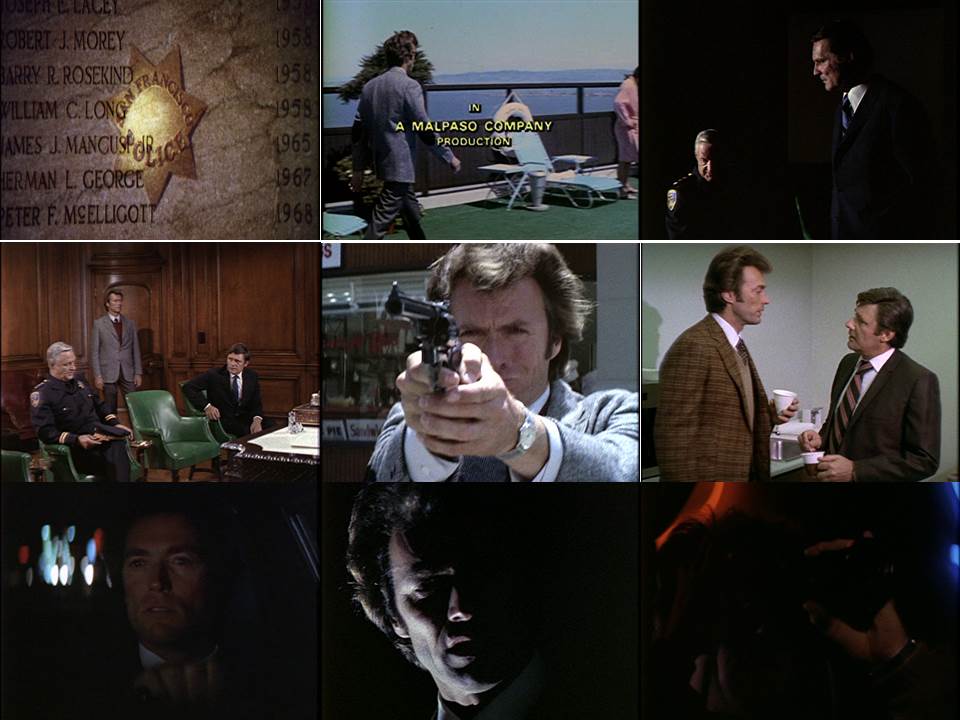 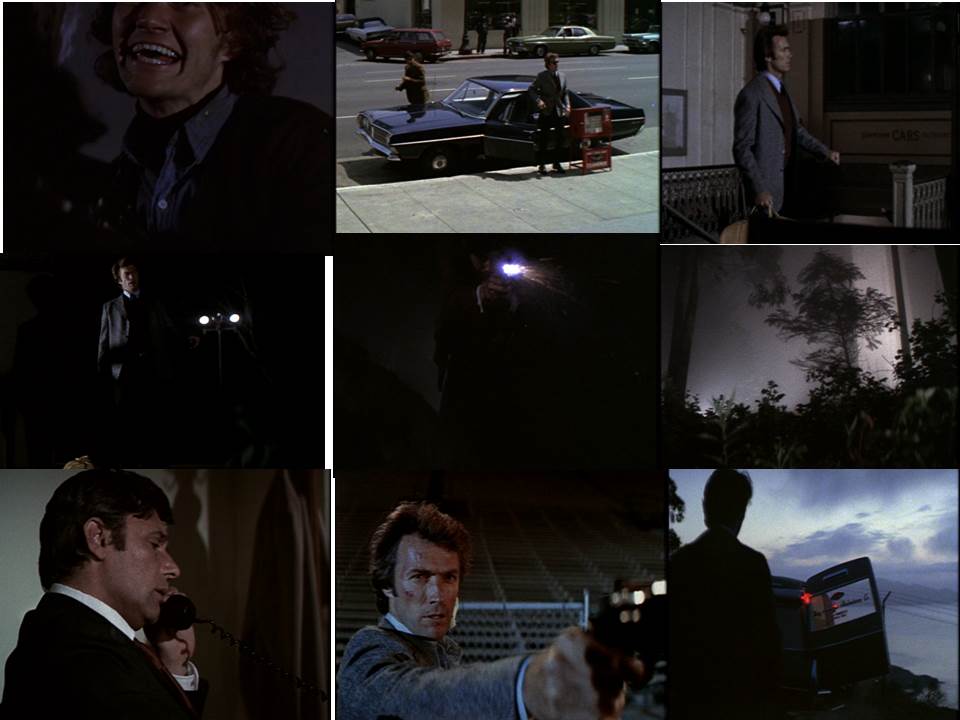 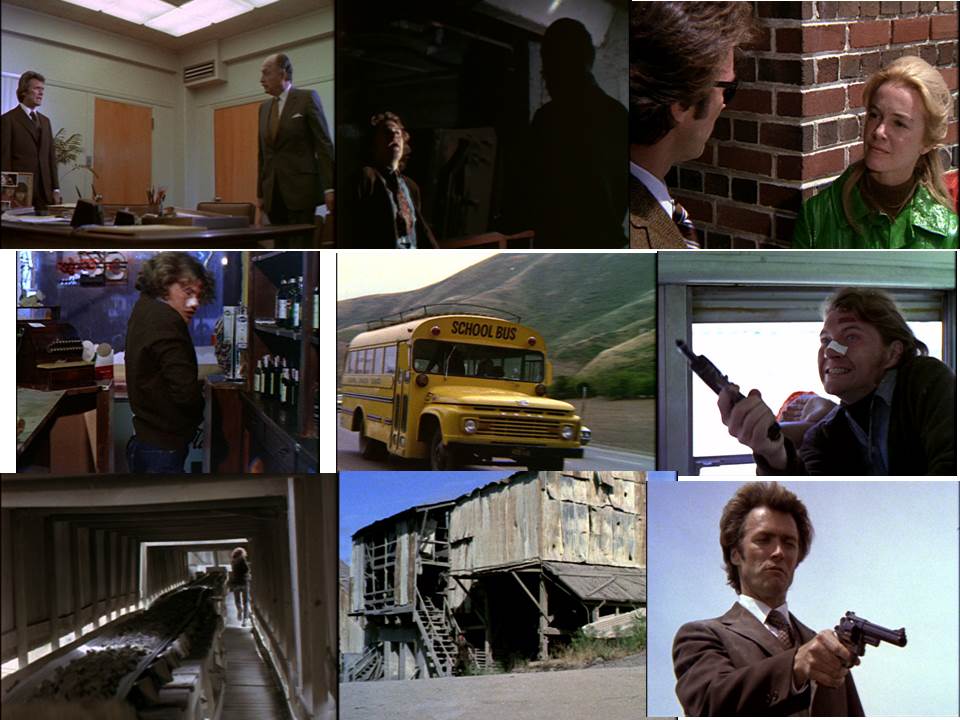 Is this closer to what I should aim for color wise? It seems to me the most well rounded in terms of color and not too saturated. The Widescreen version on the same disc is much more saturated.

over saturated, get the saturation right first before re-grading

These films never looked good so colorful why make them over saturated now?

shift cyan towards blue more Highlights are blown on the source.

Oh yeah, I still have it way too saturated. And that Youtube video is darker than the DVD I’m using (at least it looks like it), I have several DVDs/VHS/Laserdiscs of the movie. I think the full screen DVD from 1998 has that darker saturation/color grading as well, so I might use that. I’m getting the original JP laserdisc of DH soon, which might be the same transfer as the old rental tape (which was taken directly from a print), so that might be a useful reference as well.

Thank you! I used Sony Vegas and overlayed the color VHS over the Blu Ray and blended them with opacity settings. Then I lined up the frame, sometimes shot by shot. Even with a high quality 480p rip, the color VHS is blurry, so I’m working with that (as you can see in the screenshots). I over saturated the colors so when it blends it goes back to its original color scheme. I’ll have to toy with the framing for a lot of it

Yankee Doodle Dandy was released in color on VHS 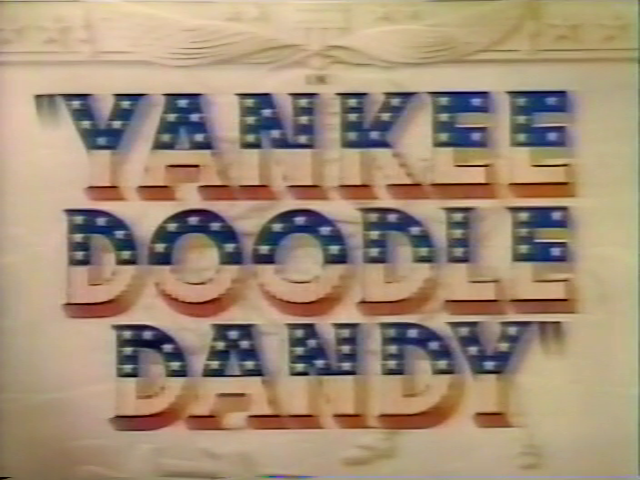 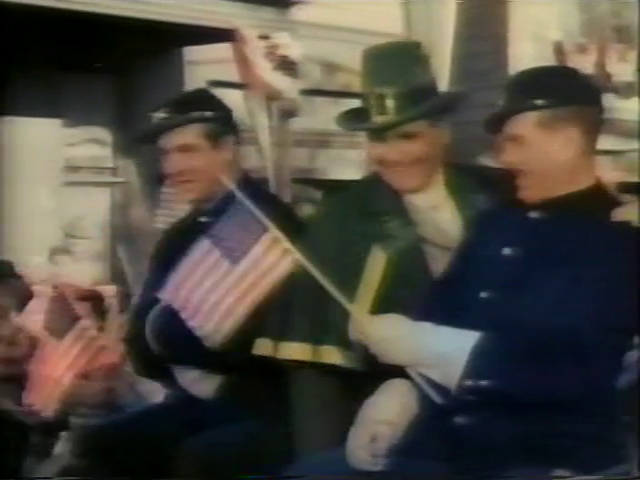 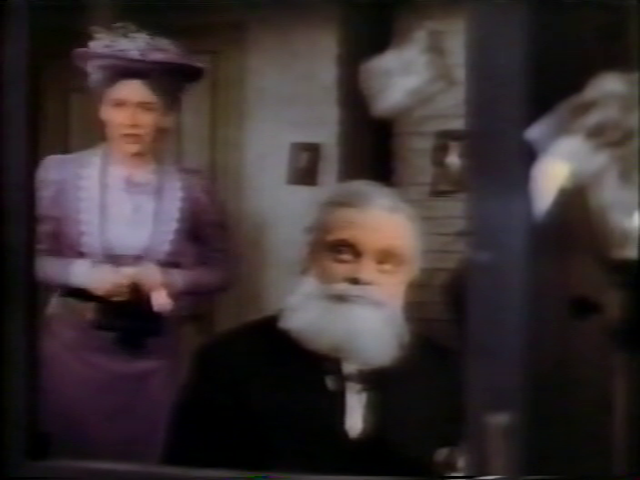 Let me know what you think

This is a project I have been slowly working on for a while. It started months ago when I ripped the mono tracks from the laserdiscs and VHS tapes of the Dirty Harry movies. I toyed around with remixing the soundtrack with the original Mono elements. I have improved upon it since this video, but here is a taste from Magnum Force:
https://www.youtube.com/watch?v=KLYbDGdkGzk

Inspired by several regrading projects on this site, I wanted to regrade the teal and sometimes over saturated blu ray from 2008 back to a more subdued color pallet (similar to how it may have looked on 35mm) like the one found in early home video releases, and also on the 2002 dvd release. Here is the first 2 minutes of the movie:
https://vimeo.com/367003359
(password is: ot)

I plan to do at least the first 3 movies like this.

I’m sorry this took so long, but I finally ripped the Mono track!

It sounds awesome. If you would like it, shoot me a PM. After re-ripping the LD, I realized what I thought originally was an error in my quick initial rip of the disc was actually true. That as cool as it is to see the un-timed colors, the LD really looks like garbage. Not because it’s 480p anamorphic (doesn’t help of course), but the contrast is way off. Slightly dark scenes are too low contrast and super saturated, to the point where basic detail is lost. (See the cop that Arnold throws out of the car after they break out of the hospital. You literally can’t see his face through the windshield on the LD) But if I increase the contrast, lighter scenes are WAY blown out and almost look over exposed, I.e. you can’t read the opening titles at all if the contrast is raised.

Nevertheless I ripped it and included the Mono track.

I’ll be sharing a folder with these files (about 6gb total):

-MKV Remux of the Blu Ray (3ish gb) with the Mono track synced and the 5.1 folded down to Stereo.

Is this still available anywhere?

It was taken down. I can try to re-up it and hide the name or something

So it seems like a link on my Mega account to a smaller encode in not as good quality is still up. So I can still share that probably

So I checked out the mono track on another rip (not of this one, of the SE).

Clearly, the mono is remixed and is not a fold-down.

I’m guessing some low level theaters got the mono mix initially, and Cameron being then the crazy director he was, did custom mixes for different theaters (ie some got the stereo mix DS, some the mono mix, some the 70mm 5.1 mix)

So a rip of the mono mix would be nice, it levels the film with the original, and really crunches 😃

I’ll need to rip that mono, will post it when I have it ripped

I recently saw this film on 35mm, an original print, definitly looked like the THX DVD and not this LD.

Yep, that DVD (and subsequent releases) is how Cameron wanted the final product to look. This LD is cool to see though, the scene where the t-1000 kills the cop in front of the coffee machine looks SO much better on the un-timed LD. The actual release has an odd green/teal tint to it where the LD is darker blue with the red light from the machine shining on him.

Pardon my asking, could I request a copy of this version of T2?

Yes, send me a PM

The non-anamorphic DVD from I think 1999 is based off of (possibly same master as) the laserdisc. So the 2.0 audio on that should be the closest in high quality (I can send you a rip of that DVD if you would like).

The sepia scenes were lost in a fire. A black and white dupe has been used since and re-colored.

Interesting, I have a LD of Wizard of Oz from 1983 and the opening pre-Oz is black and white but the transition to Oz is sepia. Always wondered why some copies of the movie were sepia and some were grayscale

How did I miss this? Is the link still available?

It should be yes, send me a PM