Ooooh, really looking forward to this

Anyone know why we haven’t seen 4K rips of Force Awakens and Rogue One yet?

No idea. Would love to get my hands on these.

It looks like ORF1 will be showing TPM again this coming Monday. The listed times seem to indicate that it could be the theatrical version. Hopefully someone can record.

It would be great to get this. And preferably without the DNR or edge enhancement that the Blu-ray and HDTV releases suffer from.

With Schorman’s v2 of TPM, it’d be great to have a theatrical edit.
What would be the trickiest part? The cuts, transitions, and fades? The DTS track could be used for the audio. The LD could be used as guide for how to piece together the video.

Aside from subtitle changes, are there any other differences than these?:

Quick question: would you be willing to share full-bitrate encodes of just the burned-in subtitle parts for TPM and AOTC for anyone who might want them? Since they have the fade ins/outs and all that, which you can’t really do for softsubs IIRC.

Yeah, I could make that happen. 😃

I’d also like to get my hands on these, if possible. Thanks

Thank you. It would be very generous of you to spend that much, share with everyone, and not accept any financial help.

Last night I sat down to watch a little of this and ended up watching the whole movie. I’ve never seen a movie like this, with the dialog and sound effects stripped out. I found it fascinating, and hard to describe why. The lack of dialog makes everything more simple and kinda boils down the characters to what they look like and what the music is telling you to feel about them.

I’d love to have this isolated soundtrack for TFA, Rogue One, Solo, and the prequels.

I don’t understand why anyone would want to listen to the entire soundtrack considering every worthwhile cue is on the official release. Mediocre score for a terrible movie.

Lucas talked about how he wanted his movies to be coherent if you just have the visuals and the music. It’s at least an interesting experiment.

Well this is certainly great news!

Has anyone created this? I’d really like to replace the stock subs for this movie

FYI
I’ve been downloading this since the day it was posted here. I’ll keep sharing it till there’s no one downloading. But it’s basically stalled right now, not downloading. I see two people active: one with 44% and the other with 0%

In the course of syncing audio for 4K83, schorman and I found that the audio sync issue is more extensive than previously imagined. While the NTSC GOUT is missing two frames in the middle of reel 3, its audio actually turns out to be missing four frames worth of material at this exact spot. Given that the GOUT audio and the print audio run at the same speed nearly all of the time, this means that the sync on the GOUT audio has been incorrect all along. It is not correctly matched to the picture, and was apparently kludged together in a way that just barely works.

After coming to this realization, have you fixed your GOUT-synced 5.1 tracks? If you have, I’d be very grateful if you could share them.

I’m remuxing the Despecialized Editions right now to add your tracks that were included with 4K77, update the subs to Project Threepio 10.1, and make the DTS-HD MA 2.0 track the default instead of 5.1. I’d really like to replace the tracks that are known to be a bit out of sync with fixed versions. Thanks!

Could I get a link to the latest release? Thanks

It’s oke, the 4k83 stuff will be done very soon

Harmy I’m just curious, what video do you send people who ask “What’s wrong with the DVDs/BluRays?”
I know there are plenty of videos out there, but I’m looking for the perfect video that deconstructs the abomination that is the SW special editions and figured you’d be a great person to ask first. Thanks

I’ve used this one to give people the gist of it… doesn’t go into all the details of every special edition added scene, but gives a good idea of how George has withheld the theatrical version https://www.youtube.com/watch?v=QXifjbxZDAM

EDIT: Hellogreedo’s channel on youtube has several videos that go more in-depth into some of the changes. Here’s a playlist of a bunch of them https://www.youtube.com/watch?v=Xezn-0xottw&list=PLaqGKHBFQiztN7uoijEG9ZUw3PYrQ7Y0i

Thanks, didn’t know Harmy made a video like this. The HelloGreedo videos are nice too

Harmy I’m just curious, what video do you send people who ask “What’s wrong with the DVDs/BluRays?”
I know there are plenty of videos out there, but I’m looking for the perfect video that deconstructs the abomination that is the SW special editions and figured you’d be a great person to ask first. Thanks

Yes, it’s really great that they are two types of projects that are in no real way competing with one another. And obviously the benefits from collaboration are enormous.

Very well put. Back in the day, I had the Cowclops LD rips, and checked in on the X0 Project daily. I never dreamed I’d have two awesome HD versions to choose from! 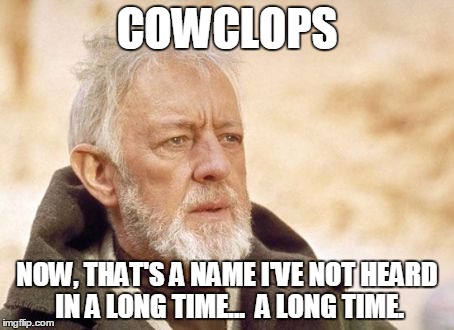 Often it’s not a matter of hardware. Most software just decodes the lossy core of the DTSMA track, but if you have something special that may be trying to decode the lossless file, it could be making a mess of it. Which is why I asked you to see if an AC3 track synced OK. The 93 English AC3 track is within a few milliseconds of in sync with the 5.1 DTS-MA track. If the decoder isn’t the problem, they should have the exact same sync issues.

Just tested on a laptop with headphones in VLC. Both the 5.1 and 1993 2.0 track seem equally out of sync (audio lagging behind video). The scenes I’m looking at are the beginning of the crawl, when Leia unfreezes Han, and when Vader talks with Luke in the Endor hallway after he turns himself in.

For sanity, I verified the MKV checksum. Is anyone seeing this sync issue?

Also, I don’t have any issues with the MKV’s of SW and ESB, which also use DTS-HD for the 5.1 tracks.

With Plex, I tried Plex Home Theater and Plex Media Player. This was on a Core i7 system.

First of all, Harmy, v2.5 looks spectacular. Well done! Thank you so much

Is it just me, or is the audio out of sync? I think the audio is behind the video a bit. I notice this whenever a human is talking, but also at the beginning of the opening crawl (“STAR WARS” is noticeably displayed before the audio comes in). I’ve only tested the MKV with the 5.1 audio - I can test the other audio tracks and the AVCHD when I get home tonight. I’ve tested on two different PC’s, using Plex and Kodi.

If you had started at uloz right away, you’d have it by now 😉

Yes, I grabbed both the MKV and AVCHD overnight - very impressed by FreeRapid. Speeds vary depending on time and your location, though