Has anyone else been following Wandavision?

The last two episodes have been fastastic, especially the end of the latest episode!

Yes, I’ve been really enjoying it! I like how it began with a cheery sitcom vibe to cover up something sinister going on, and that it was glossed over less and less in each episode. Now, I love the cross-cutting between S.W.O.R.D. scenes and the sitcom. I appreciate how subtly the sitcom aspect is unravelling - for example in episode 5, the jokes in Vision’s workplace are about 80s technology, clearly a script written with the benefit of hindsight.

I have never seen the X-men films, so Evan Peters’ appearance didn’t do much for me - I was kinda hoping for Aaron Taylor Johnson, actually. I also feel out of my depth when it comes to the influence of the comics, which I’ve never read (neither of these things are criticisms of the show obviously!) I’ve had a great time experiencing the show as it has progressed, with all the twists and turns, and from what I can glean from wise comic experts, I believe the explanation that Wanda is solely responsible for Westview is misleading. ‘Agnes’ and a certain character called Mephisto might be in on it too… … this recruitment poster from when Star Wars Rebels was first airing… 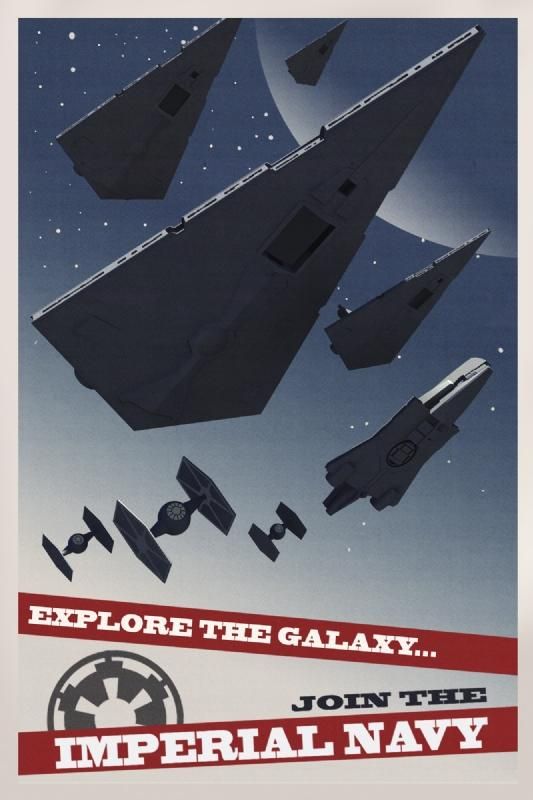 …and two A5 size prints of watercolour art by Ksenia Zelentsova, aka lorna ka on social media and Etsy. These two happen to be unavailable at the minute. 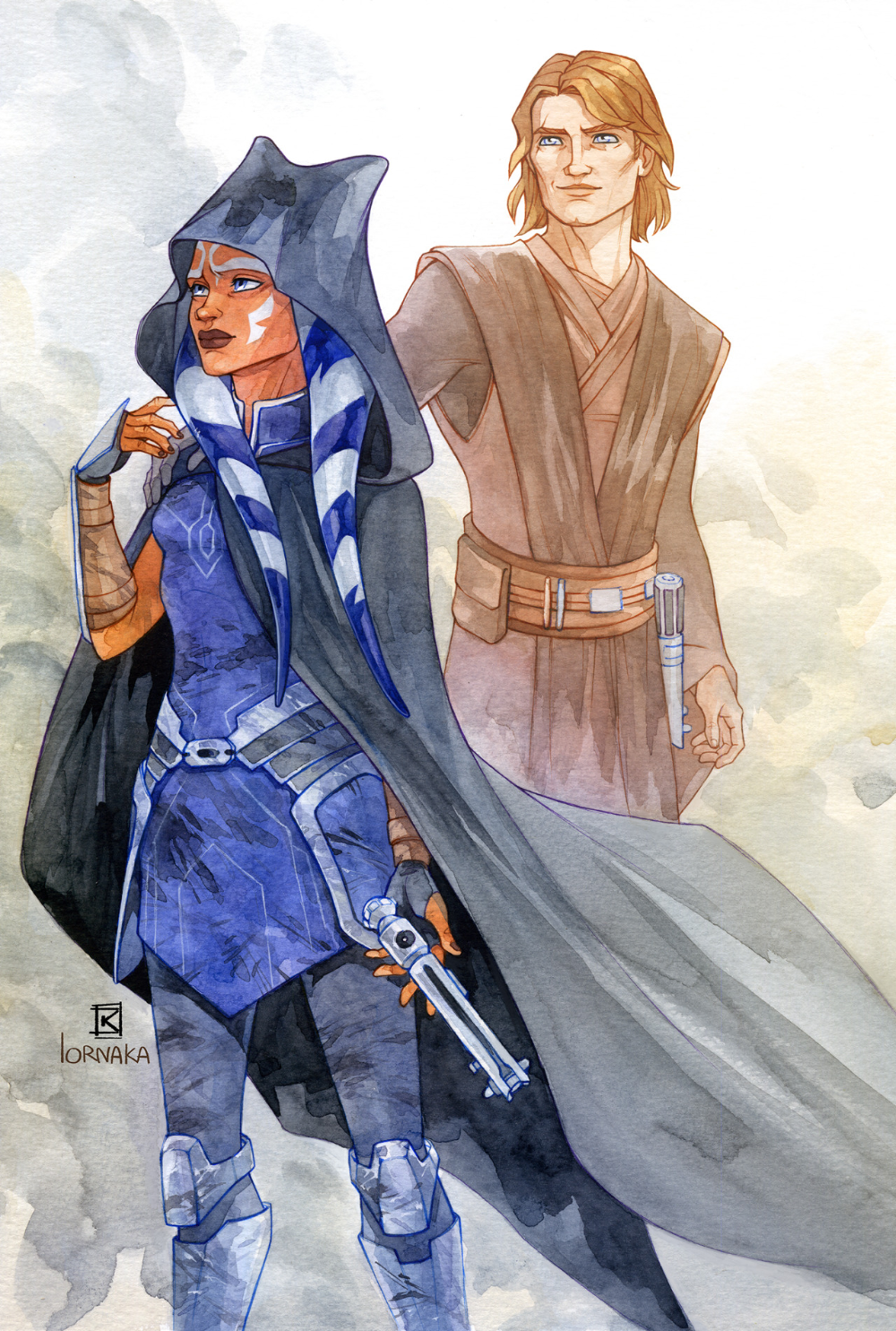 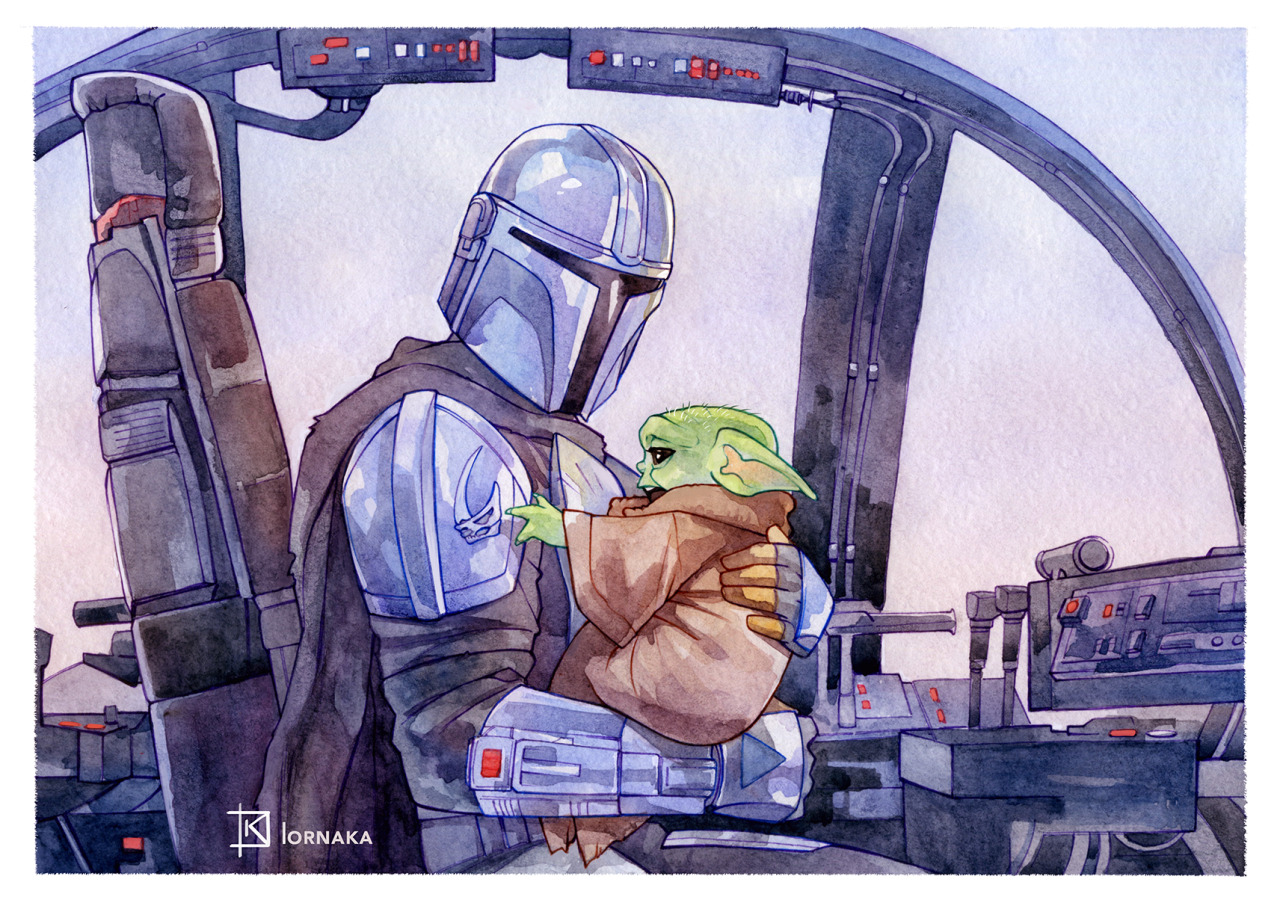 I also have the poster for Return of the Jedi in another room.

Always on the lookout for more!

Just as we were talking about this, another update on Biden’s new foreign policy announcement concerning the war in Yemen. This is a video from David Doel, a political commentator I like to watch:

The Obama-Biden administration may have started involvement in the Saudi’s campaign, but credit where it’s due. I want to reinstate, I never wanted Biden as president over someone like Bernie Sanders, but this is good news - especially after airstrikes in Yemen increased dramatically under Trump

Also, what are you thinking here?

Great video. I always like the theme of natives using ingenuity to defeat a more technologically advanced occupying force. This context about the Vietnam War isn’t something that ever dawned on me, but it makes perfect sense. Thanks for sharing this, Bonez.

The original posters for Star Wars are my jam. The prequels I kinda just shrug at

Me too but honestly I love the painted Drew Struzan prequel ones. They give the trilogy the epic feel it should have.

What’s your favourite original trilogy poster? I’m torn between this one for Star Wars and this Return of the Jedi one:

The dualingo owl is pretty creepy

It used to be worse:

That 2012 version is just standing there, menacingly

His decision about Keystone XL wasn’t very progressive though… It just means more oil being transported in environmentally destructive ways and from countries with no environmental standards.

I hadn’t actually heard about that, so thanks. I’ve just looked up about it. Biden and his administration will definitely need to be pressured to combat the climate crisis, and we need to get out of the hopeless mindset we’ve been in for the past years and set our expectations higher.

Well deserved praise. Piss is great, especially when it removes unwanted by-products of metabolism from the body and contributes to the nitrogen cycle. I simply couldn’t do without it.

All the marketing for The Last Jedi was absolutely stellar. The visuals of the movie itself certainly lived up to the expectations set by the posters, too.

He had an impressive first few days, he’s even out-progressived Justin Trudeau by suspending US arms sales to Saudi Arabia, and hopefully our government here in the UK will feel enough pressure to follow suit on things like that. This backtracking on the $2000 stimulus checks is disappointing, but I fully expected scenarios like this to happen, and fully expected that once Biden was in office there’d be a lot of campaigning, and twitter hashtagging, and online bullying the US President in order to achieve progressive change.

So far Biden’s been better than I expected honestly - with more executive orders than Clinton, Bush or Obama signed in their first fortnight, he did more good for America in one day than Trump did in four years. As a leftist, I’m just glad to have a president with whom the American left might have some chance of being listened to.

It’s a redesign. I want someone to go further and deepfake this Jar Jar into a fan edit. 😄

Problem is he’d have the same cringey dialogue, he’d just look terrifying while saying it!

Welcome to the site! I’m getting into writing and hope to write an alternate sequel trilogy one day - in fact I was just thinking about it yesterday so the timing for this topic is great.

In this alternate trilogy, I think I’d keep a couple of things, some of them even things that a lot of people disliked.

Most major changes would occur in episode 9. Finn, not force-sensitive but trained in lightsaber combat, would lead a stormtrooper revolution. Kylo as supreme leader is unhinged, and Hux - instead of staying a joke character after TLJ - would be so dissatisfied with his leadership that he contacts the Sith Eternal to resurrect Palpatine through a clone body. When this is revealed, the First Order splits into two factions, Hux’s faction being led by Palpatine and the smaller group loyal to Kylo Ren later being mostly inspired by Finn, or dispersing when Kylo abandons his post as supreme leader to fight Palpatine head-on.

I would also have a scene early-on in episode 9 where Anakin’s ghost visits Kylo just before he undertakes a large quest for more power (this would probably be something similar to his quest in DOTF), and warns of the dangers of the path he is taking; Kylo would become angry and tell Anakin that he has finally become stronger than him. Anakin fails to have much of an effect on Kylo, but like in TROS it is Leia reaching out to him that does the trick.

I hate gender roles, and what’s worse is when I say that, I look like a radical feminist and imagine what is called a SJW (not 100% sure if that’s an okay term).

Eh, no offence but anyone who uses ‘SJW’ unironically in the year 2021 loses all their credibility for me. I don’t know if you’d offend anyone by using it, but it’s really become a staple of comments made by butthurt fanboys when complaining about agendas and trying to disguise their own bigotry.

I’m not at all trying to say that this is you, I’d just warn you off using it.

EDIT: laughing at how this looks off the back of Malthus’ post

I hate all the bullshit surrounding so calling feminist agendas in media or gender politics in casting. The very fact that it’s 2021 and it is still unusual for women to be the focus of a movie and not be overtly sexualised is wild. I hate misogyny, I hate misogynistic behaviour and I’m sick of misogynistic fanboys gatekeeping and kicking off about female leads.

Honestly, I would far prefer that these toads would just own their misogyny and say " I hate Captain Marvel because I have a problem with a story about empowered women" than bitch and moan about how Disney’s “so called feminist agenda” is ruining all that is sacred blah blah blah.

They won’t, because they are cowards, and if they did I’d still fucking hate them but I’d at least be grateful they aren’t trying to use a smokescreen to mask their heartfelt prejudices.

Fuck a quarter of the internet.

I would like a show like that but set between episode VI and VII. A Luke Skywalker show a blend of live action and cgi to de-age Mark Hamill. Showing his journeys after the film to find the old secrets of the jedi order, the old jedi relics and holy sites. Studying the deeper mysteries of the force and him setting up and building a new jedi order. Ending with the destruction of his temple and order at the end of the series by Ben Solo.

There has already been a comic series called The Rise of Kylo Ren about this (haven’t read it myself), but it’s not all that popular and could easily be retconned. Some people who weren’t happy with Luke in TLJ say that because you don’t see enough of his efforts to rebuild the Jedi and how crushing Ben’s destruction was to him, it’s much harder to be emotionally invested or satisfied that self-exile is a believable response. I disagree, but a show like you’re suggesting could appeal to them a lot, and I like how it could explore more lore of the Jedi.

And like Neverar said, the opening crawl said first victory, plain and simple, not major.

Sorry, my mistake. Just my memory playing up.

I really hate that stupid show.

Besides, the opening crawl says “first major victory”. I didn’t expect the Rebel alliance to have had absolutely no success against the Empire before that, I just expected it to be smaller victories, which is what we see in Rebels.

Heh, you think I remember this movie?

Anyway, I feel like it’s a bit like ‘Their first victory against the evil Galactic Empire’, which got thrown out the window in Rebels.

Off topic, but Rebels avoids that problem (well, that’s up to debate) on a technicality - it’s expressly said in season 4 that their mission to free Lothal isn’t an official mission for the Rebel Alliance, but rather just another small group operation like old times. So it’s a massive victory, but none of the Rebellion leaders can actually claim it as their doing.

They probably did refine the aspects of Vader for Empire. People found the deep voice iconic, so they made it even deeper. That’s my guess.

I’d like this, it worked well for the prequels. Develop the relationship of Rey, Finn and Poe by sending them on more adventures, and make the era interesting. While not on the tight, high-pressure schedule of needing to release the next instalment in a trilogy every 2 years, they could really put some thought into it.

I love all of Star Wars.

Come on. Everyone knows, if you don’t hate most star wars content, you’re not a real star wars fan…

In all seriousness, although I think the ball was dropped on the sequel trilogy with the lack of a pre-planned trilogy outline, I’ve been very satisfied with most of the new Disney content. Rogue One is great, Solo is pretty great, I love Rebels, the Clone Wars final arc is phenomenal, The Mandalorian is phenomenal. A lot of the new EU books and comics are astoundingly good and I can’t wait to get into the High Republic. I would praise all of that.

Video 3, where everything is removed and Rosario finally gets to go home
https://www.instagram.com/p/CKpuRZnpM8G/

Corridor Crew have obviously done a great job on a lower budget, but ‘We Made A Better CGI Luke Skywalker’ is such an obnoxious clickbaity title.

I fully believe Star Wars Rebels has some of the best locations in Star Wars. I felt like posting them here for some more appreciation. 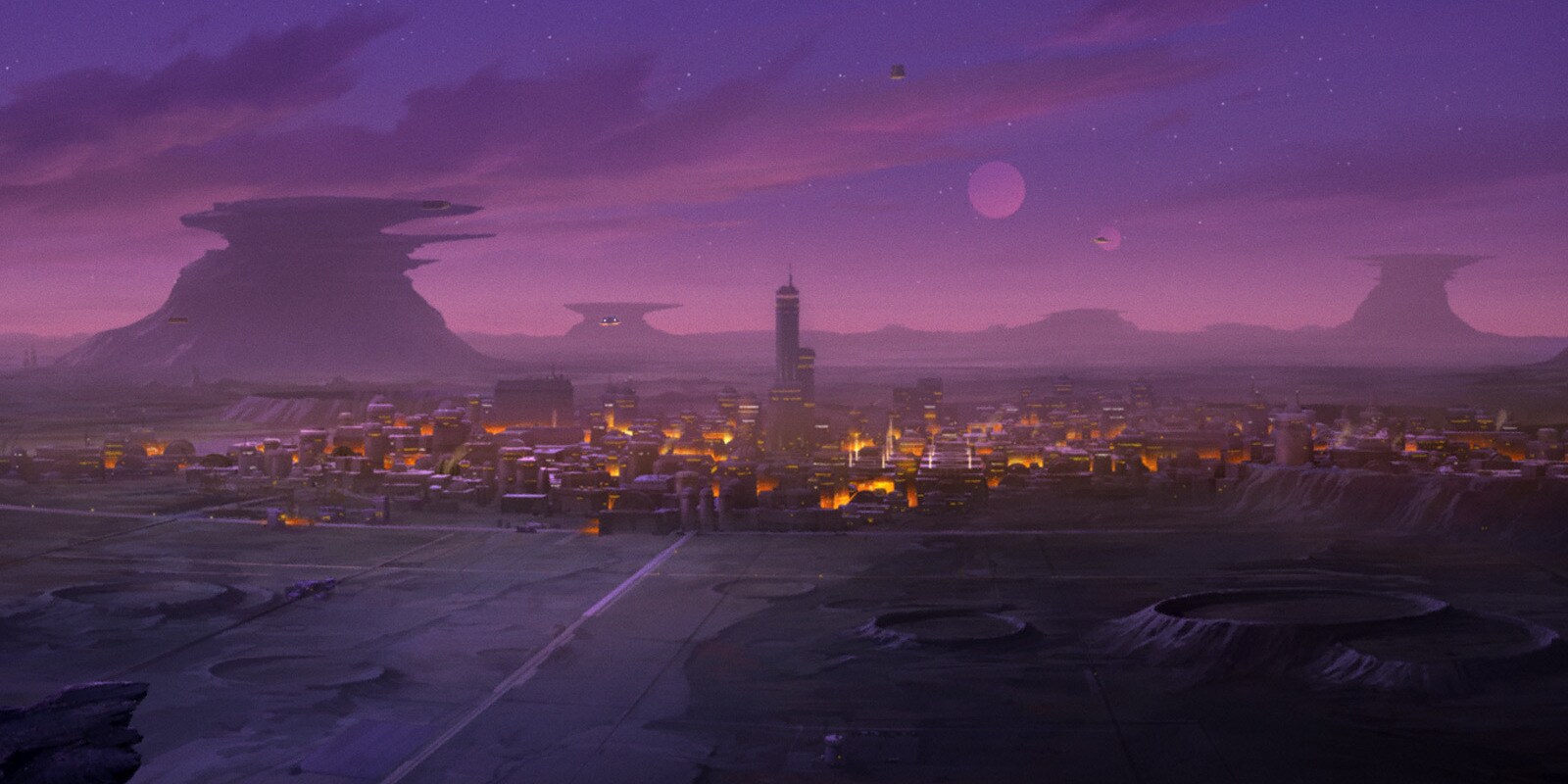