He must be burning the midnight oil…

I looked at the progress wheels for frame cleanup last week and saw an uptick on the 16th, and then today there was even more progress.

What tunes are you listening to when you are in the zone? Or are you the silent worker type?
Earlier last week I colorized about five frames and it seemed to drag on … yesterday I popped on some music and before I knew it, I had completed a probably around 18-20 frames.

I was just curious as to what drives you. Also, when you hit the wall, what do you find helps to get back at the work? Some days I look at at I have done and feel ok, and other days I look at what hasn’t been finished and it seems like it will never end.

At any rate, it is always exciting watching those wheels build up!

Read my post again. I never actually called you a troll, I simply mentioned it was probable. To quote your previous post “you’re assuming some things”.

Don’t sweat it brother, there is a high probability this is guy is trolling given that a) His join date is literally within the last 16 hours or so, and b) his first post just happens to be the equivalent of poking a bear with a stick.

Many of us understand the hard work you and the other OT folks are doing. I myself am working on colorizing a deleted scene and it is literally a frame by frame effort.

Folks, LIFE HAPPENS. Leave the worker bees alone. If you are in desperate need of The Empire Strikes Back, there are SEVERAL OPTIONS available.

My apologies if this rubs anyone the wrong way.

Thank you for the kind comments. I am back at painting frames this week. I will likely update again in about 2-3 weeks. Ever onward!

I would be interested in the process… I am certainly not opposed to the idea. I just don’t know anything about that stuff.

WXM, thank you for the kind words and recommendations. I am taking a week off from the project so I can get some fresh eyes on it. I will definitely tinker with some of the values you mentioned. That being said I will probably never be 100% satisfied with it (I am somewhat a perfectionist to a fault).

Benduwan, I am always open-minded towards future endeavors. I think after this scene, I will take a look at the rancor material you sent me. I have not decided the way ahead on that one yet.

The kid in me is always looking forward to what’s next, while the old fart in me keeps saying “finish one thing at a time” 😃)

At any rate, I am very excited to have this project to work on. It makes retired life more fun.

Thanks, I appreciate the comment. I initially tried to key out the grey backing using various filters with different tolerances… I could never get a clean separation of the actors from the backdrop.

It really was (as far as I could manage) the only way to get the desired look. Even after all the isolation work was complete, there remain bits and pieces here and there in the footage that still bug me as I watch it play out.

That being said, there has to be a line somewhere between the time / effort I spend with that particular task, and a point of diminishing return. At the end of the day I think it works well enough.

I truly wish I could have chroma-keyed the backdrop out though… It would have saved me hours/days/weeks of work.

I have finished the frame isolation and compositing for the first scene. Early in the process I realized the original footage did not match the framing of the movie scene. This resulted in the crewmen and chewie being cropped before appearing in the scene as they both walk into frame.

But, in keeping with the look and framing of the finished film, I matched the framing as best as possible and re-used footage to fill in the spots where the actors walk on and off the screen.

I put together this montage to show you what I mean: 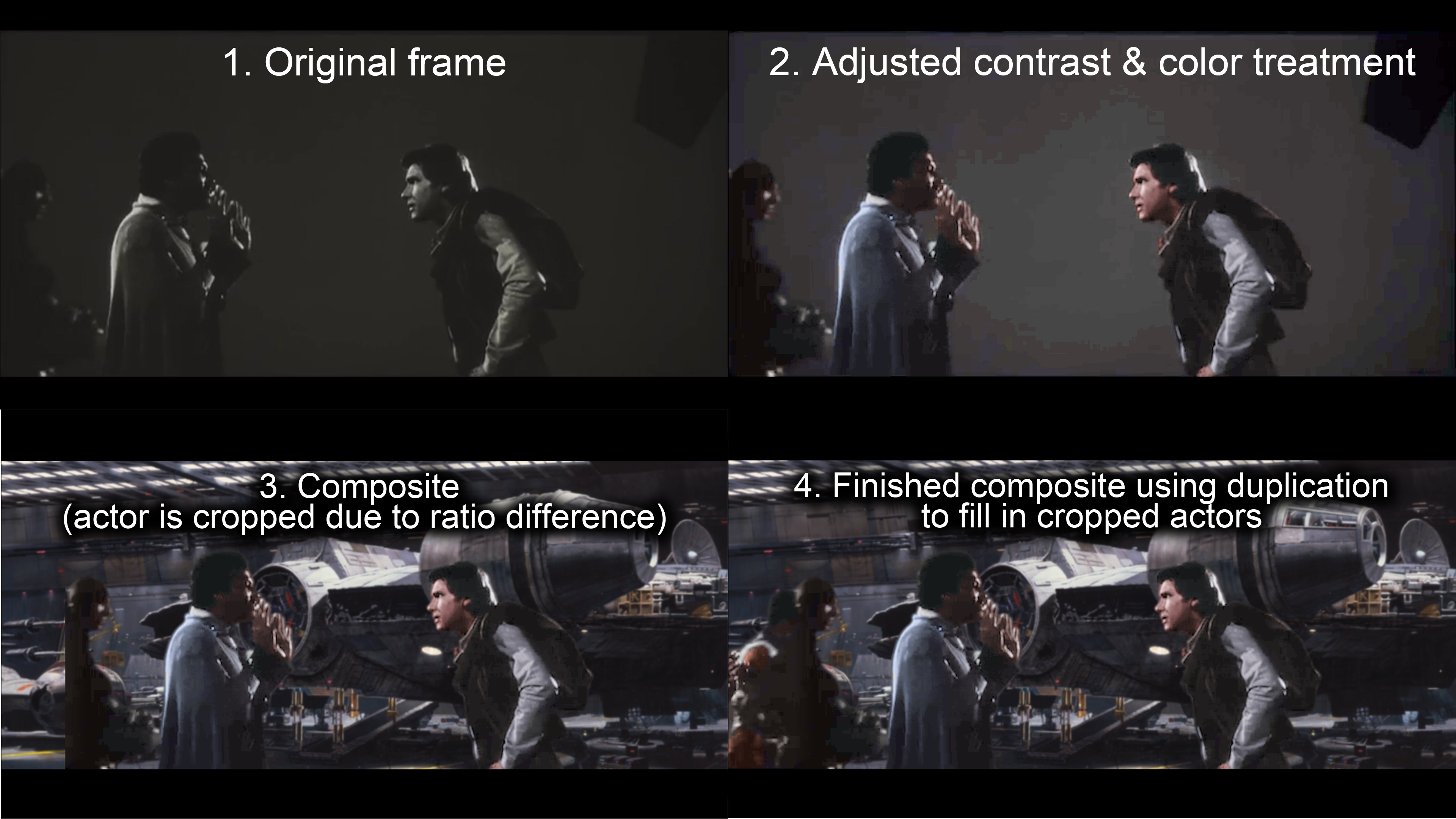 At any rate, I am moving on to colorizing the rest of the footage of the close up with Lando, Chewie, Luke and Leia.

(Edit): sorry for the video looking so soft… the IMGUR site does indeed compress it down a bit. I can’t even see the light grain I added.

As always, any feedback is welcome.

I render out to 1280 x 720 (24fps). I think when I upload it to imgur, it compresses it down a bit… I am not sure at this time how else to deliver the video for viewing. I could drop it on youtube I suppose and just put the link on here…

(edit) I think maybe my grain filter may be a bit TOO heavy as well. Once the project is complete, I will render out a final version with and without grain for all to use as needed.

I am using Adobe Photoshop where I adjust all the white/black reference points, and then I create custom color pallets for individual items (i.e. "lando skin tone, chewie fur, Han skin tone, etc, and then I simply paint it all in. I stack the frames in my video editing software (cyberlink powerdirector), and add a grain filter which helps hides some of the banding and macroblocking artifacts from the source.

Thankfully, there are TONS of reference images out there for me to develop my color pallets from, although some I had to wing a bit. 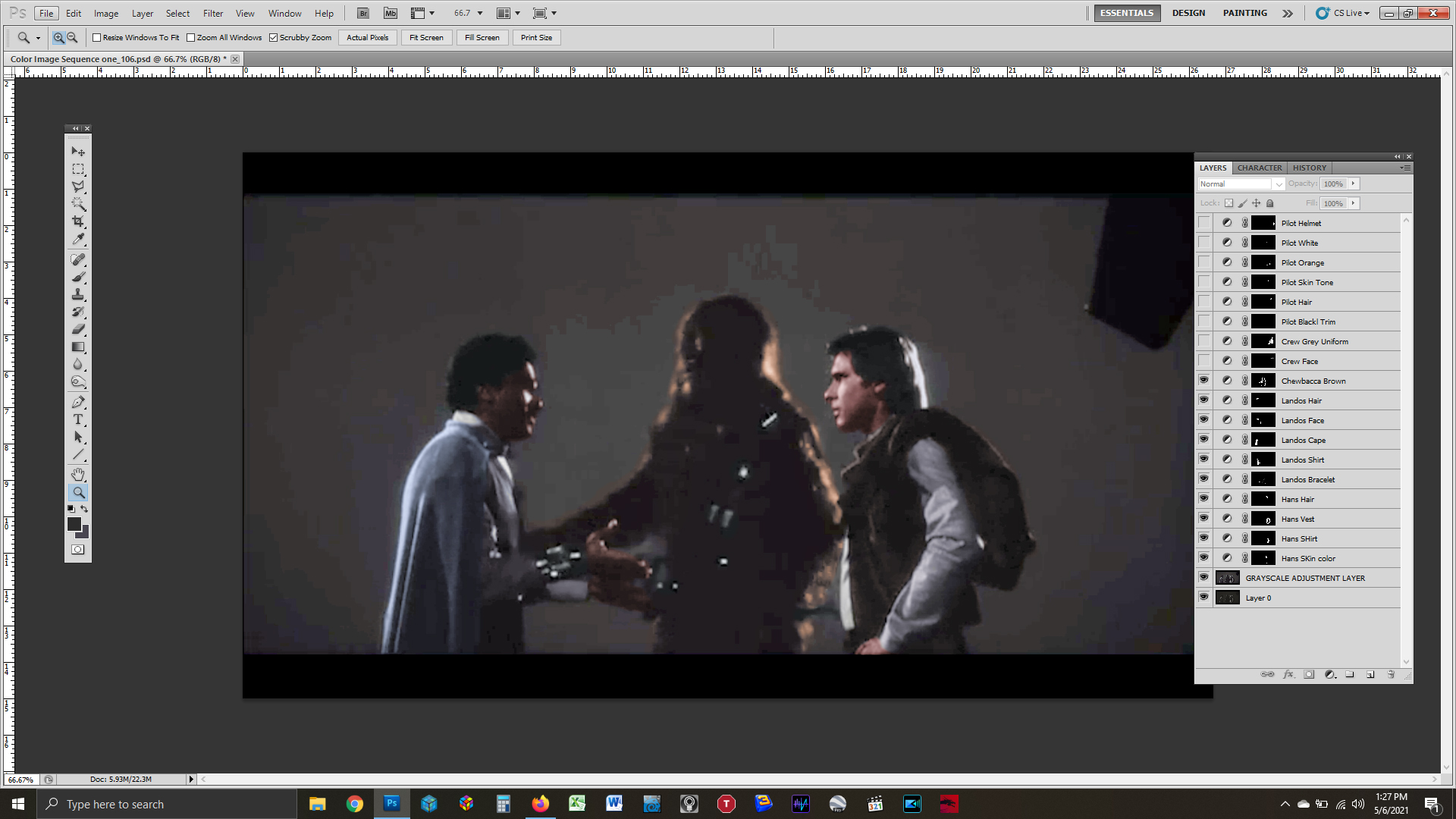 Attached is a link to what I have done so far which is:

-Beginning of the frame isolation and matte composite of the first scene which won’t be finished for a bit.

Scene cuts to close up of Lando and Chewie embracing. (I am going back and forth between the above work and colorizing the frames for this second scene).

As always, comments and critique are very welcome.

Ok, I think I have my color palettes about right for this scene so far, I still haven’t developed the palettes for Luke and Leia yet though.

At any rate, here is a single colorized frame from the next take. My apologies up front if Lando’s skin tone isn’t spot on. Video tape gamma is a pain to toy with, and I have been back and forth teetering on his skin tone being either too red or to yellow. 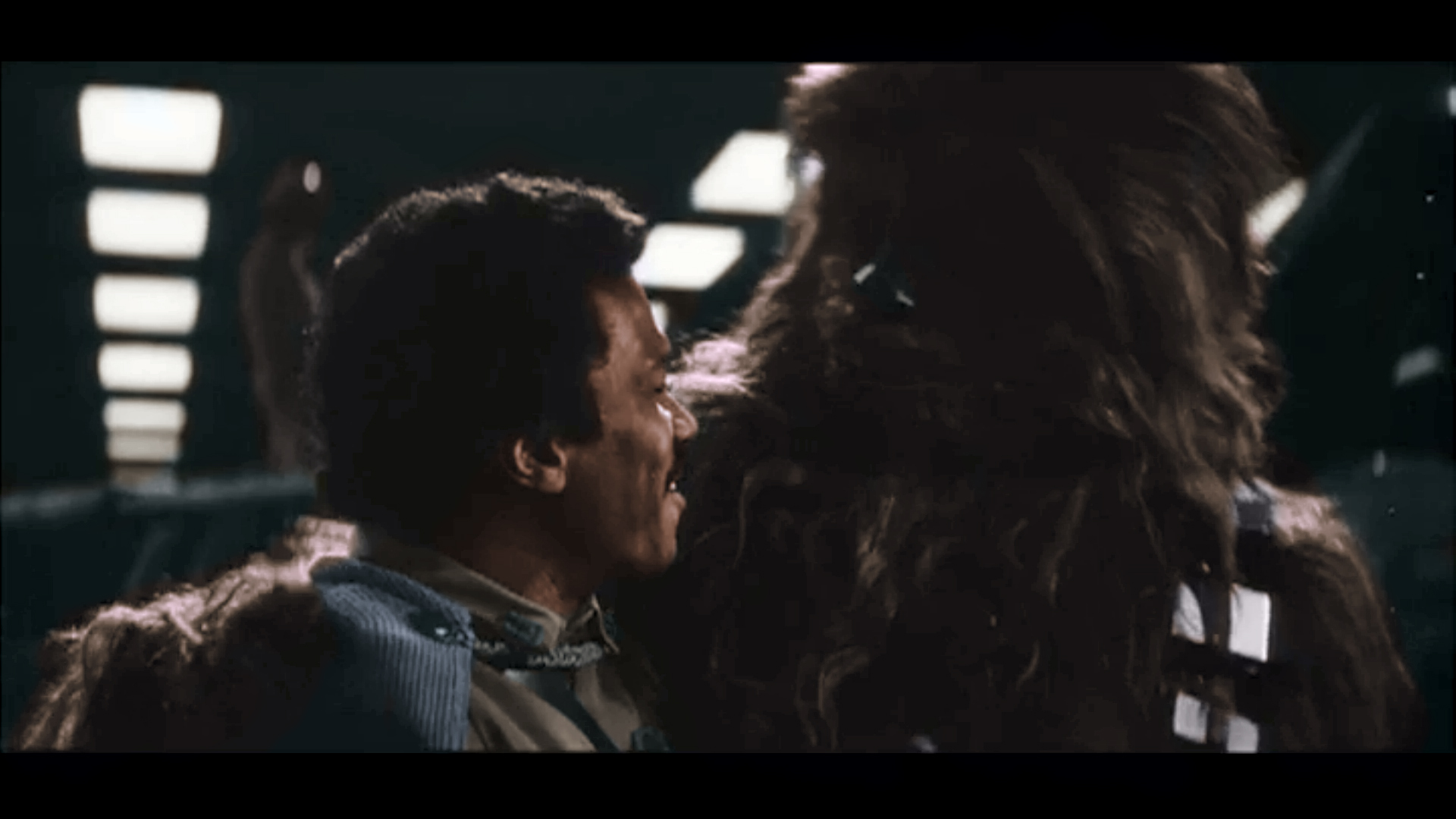 Ok, so far I have the first take colorized for the most part. Still have to figure out what I am going to do with the two crewman walking across the background, and eventually I will composite in the matte painting of the falcon.

I have uploaded a newer test of the colorized footage which leads into the next take which is a close up scene with Lando, Chewie, Luke and Leia. My next step is to make the color palettes for all the bits in this scene and then get to colorizing the frames.

This scene is quite a bit longer, and has a lot more shades/detail to it, so it will take a bit more time then the first take. At least I don’t have to composite on this one.

So far so good, and I am having a blast working on this!

I am still individually colorizing the frames for the extended “hangar scene” from return of the jedi. There is some color bleed and missing color in some spots, but this is a work in progress that will take some time. This is what I have so far.

Once I am done coloring and cleaning all the frames as best possible, I will composite the millennium falcon matte painting behind the actors and add a little grain to somewhat blend it all together, and then render out a final video clip.

Benduwan is putting an together an extended cut of ROTJ. This will be my first real contribution to this project.
Comments and critique are welcomed.

Alrighty, I gave these a quick fix. Sorry to have these reposted again but they really needed some TLC. 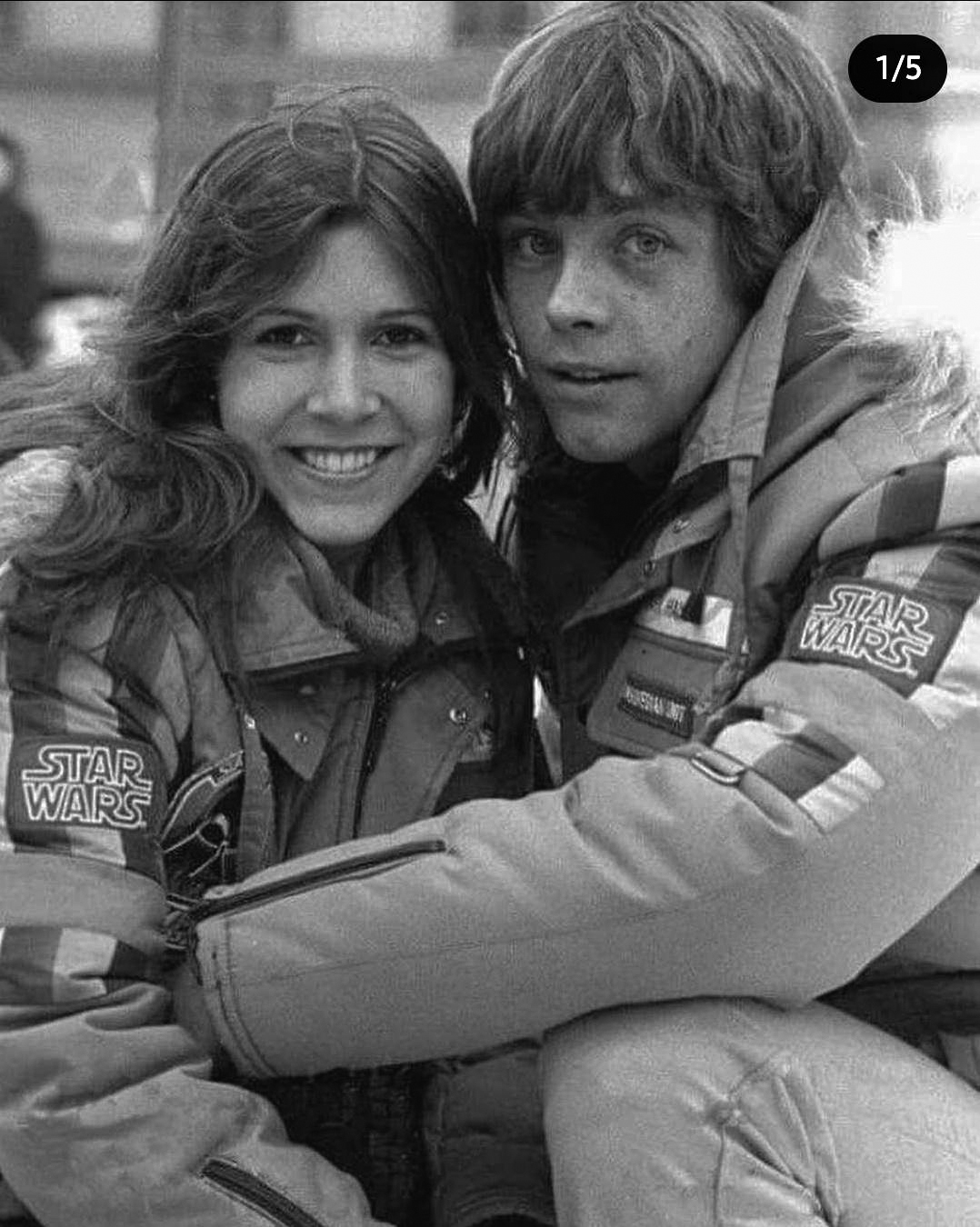 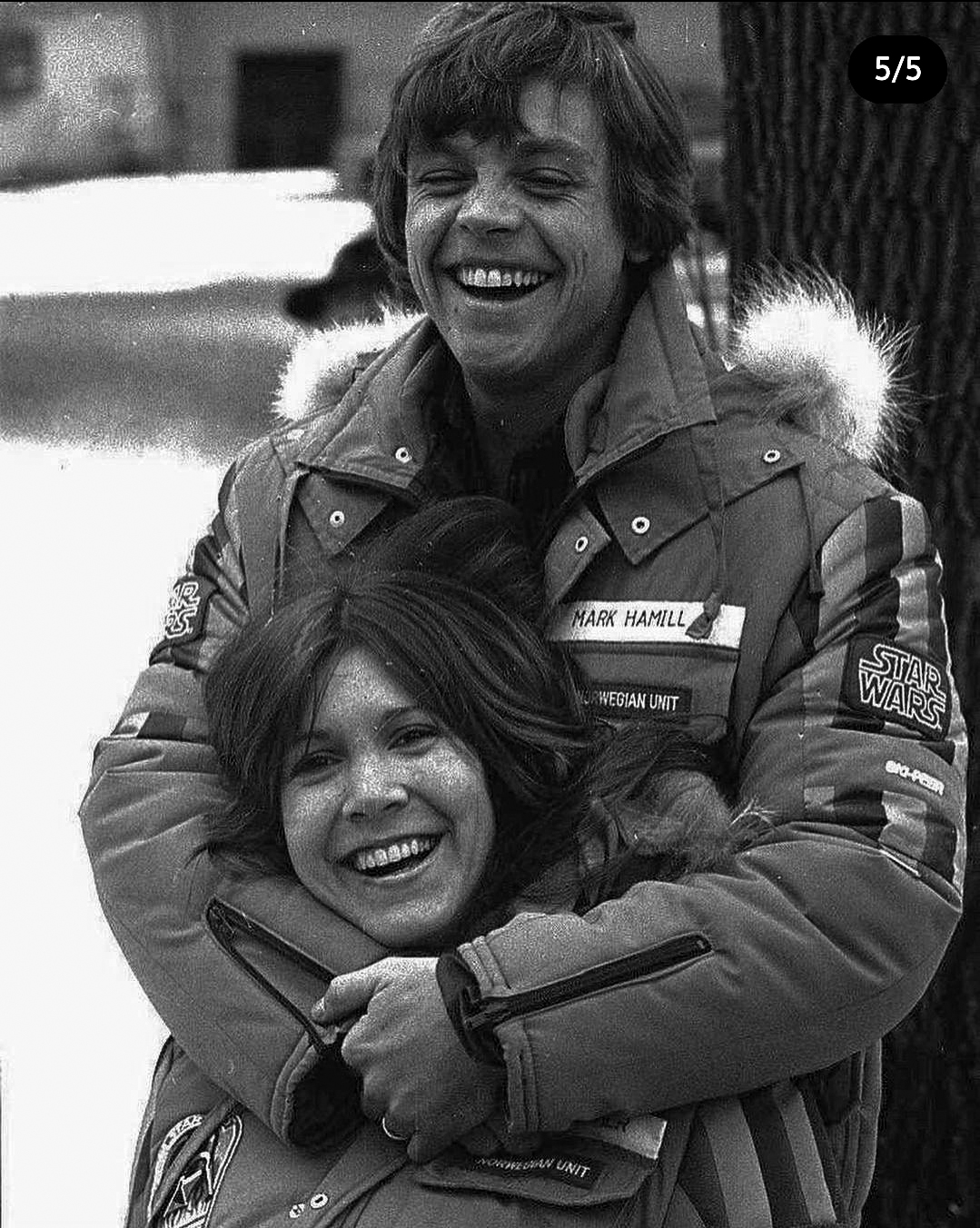 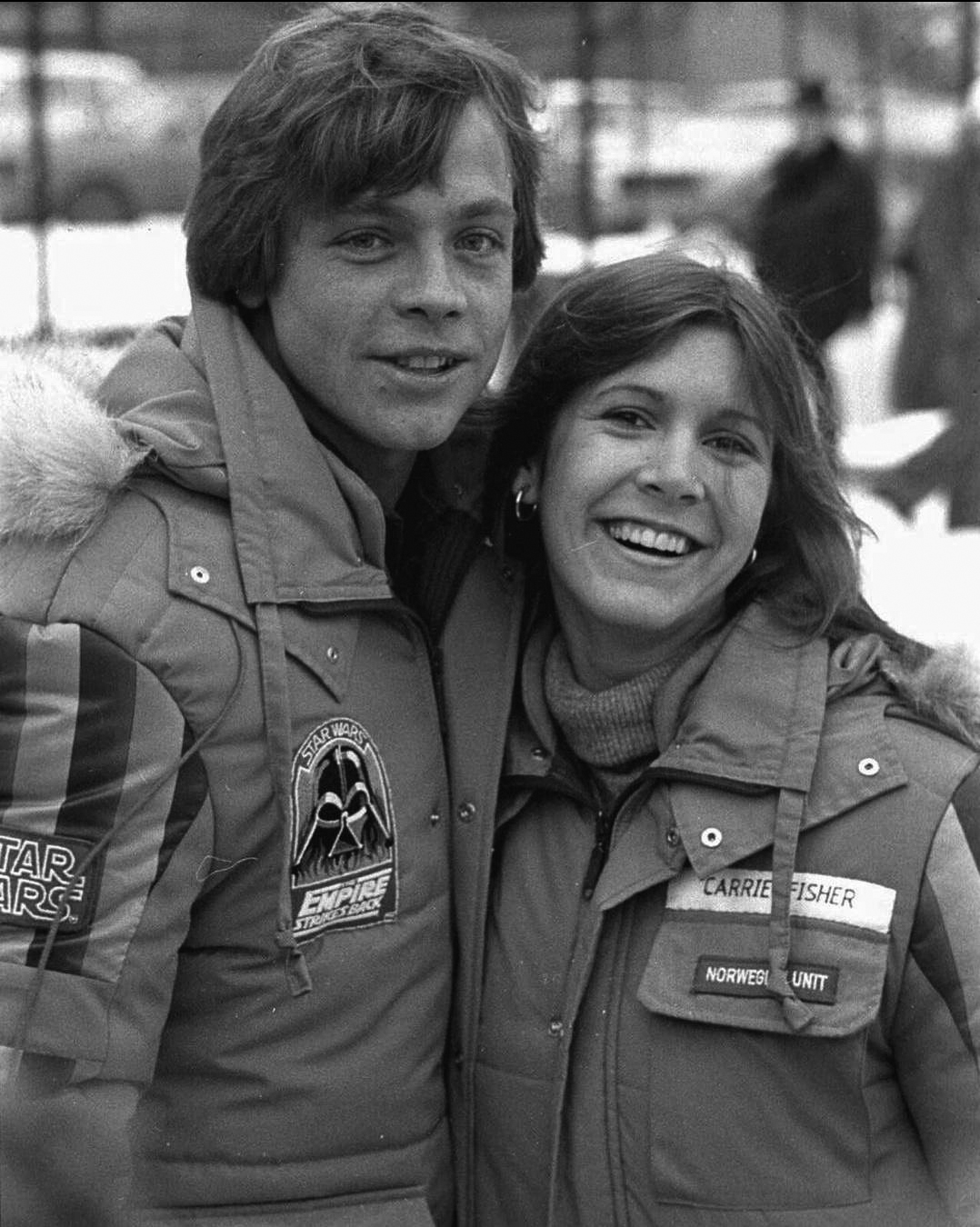 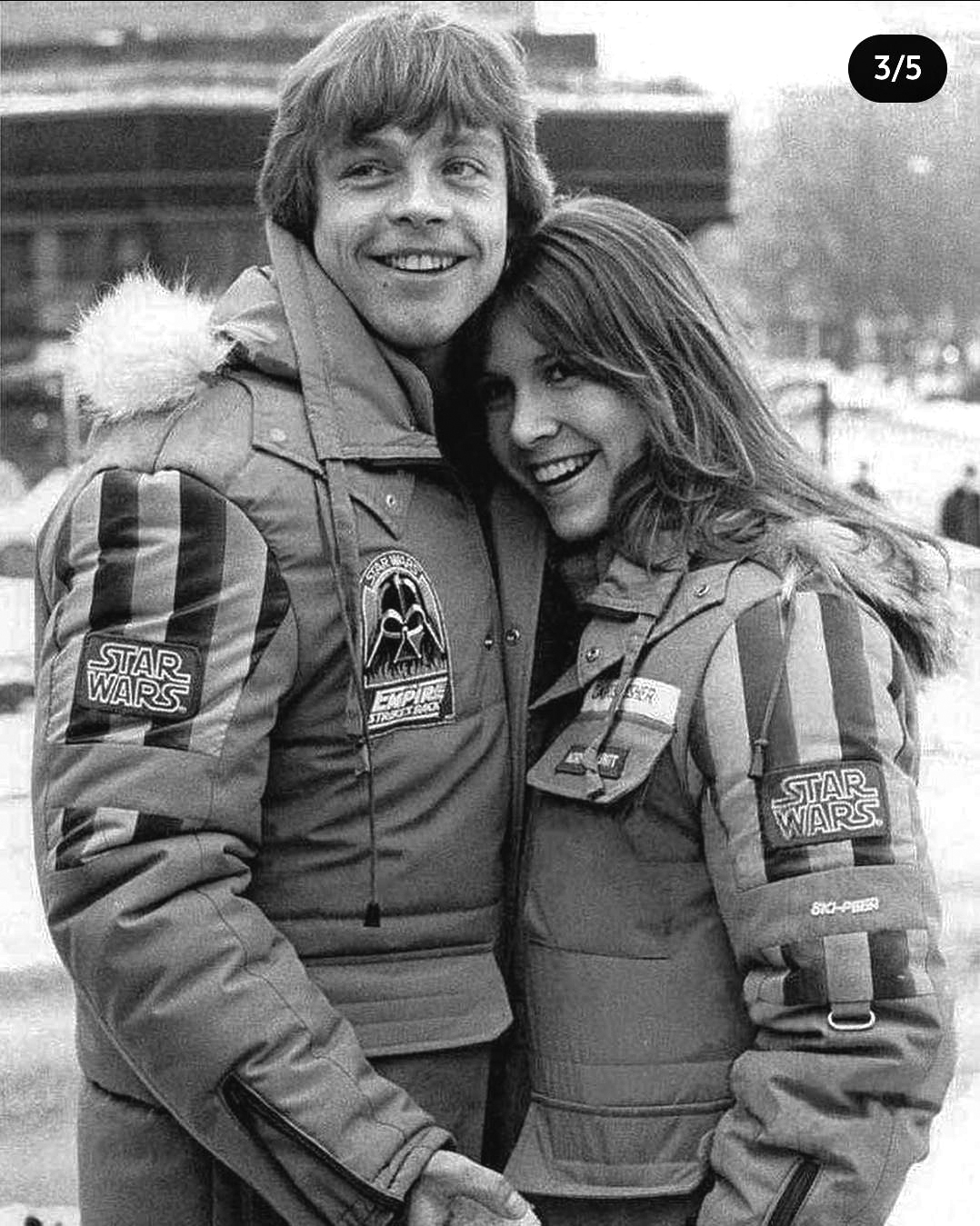 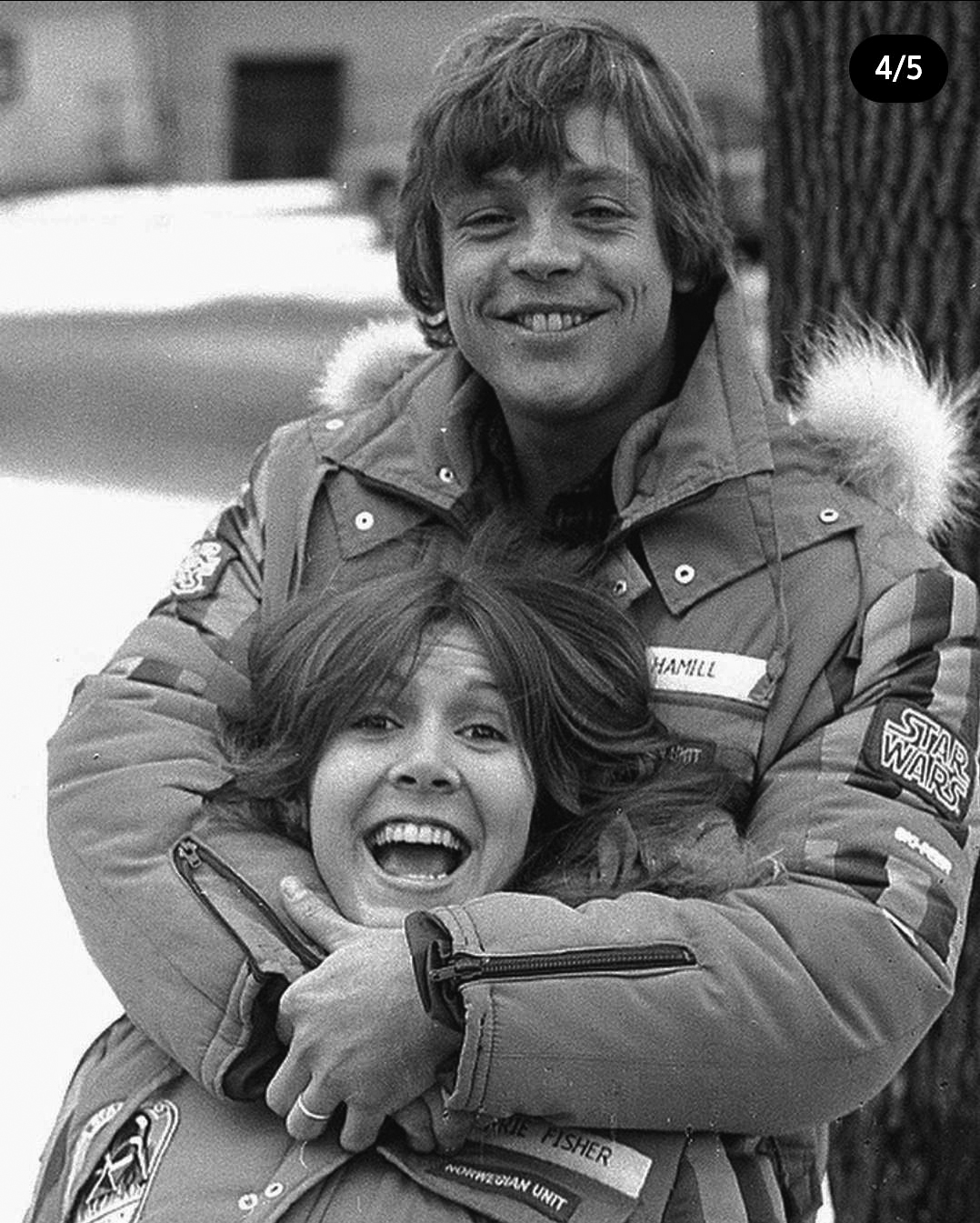 Every time I see pictures like this I think about what it must have been like for them. Probably one of the best times of their lives.

I am going to copy all the images and Adjust the black / white points/gray scale in order to bring these pics back to life. I probably won’t do any repairs though on the scratches. If anyone wants them let me know. Otherwise I will keep them in my “fixed” photo archive.

Great find by the way!

Altered some of the color palettes, I think this is better. Now that I have my process down I will start going through the rest of the frames.

Once all isolation, colorization and compositing is finished, I will render out a video file. 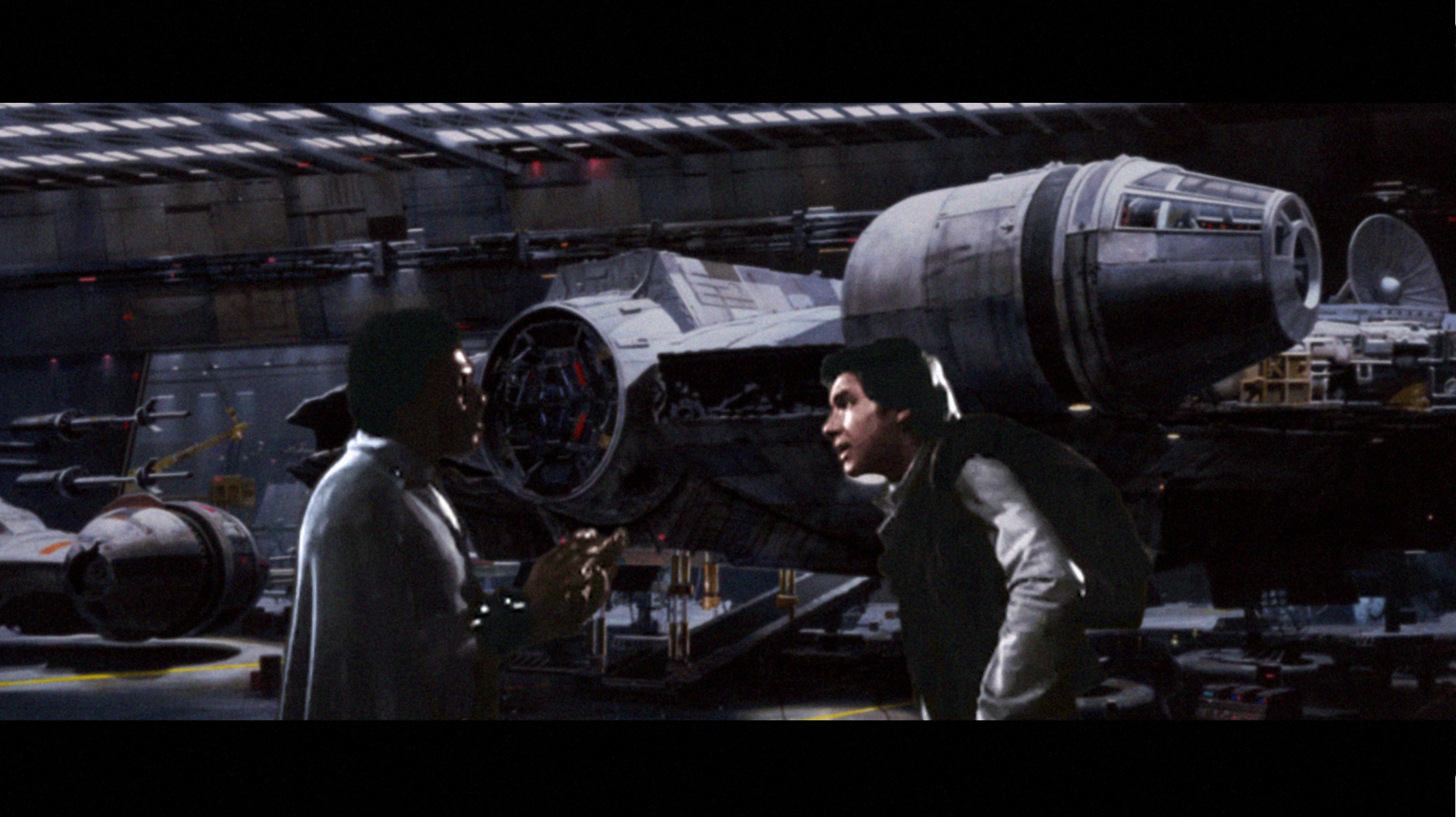 Attached is a frame from the original footage, and my color correction/composite. 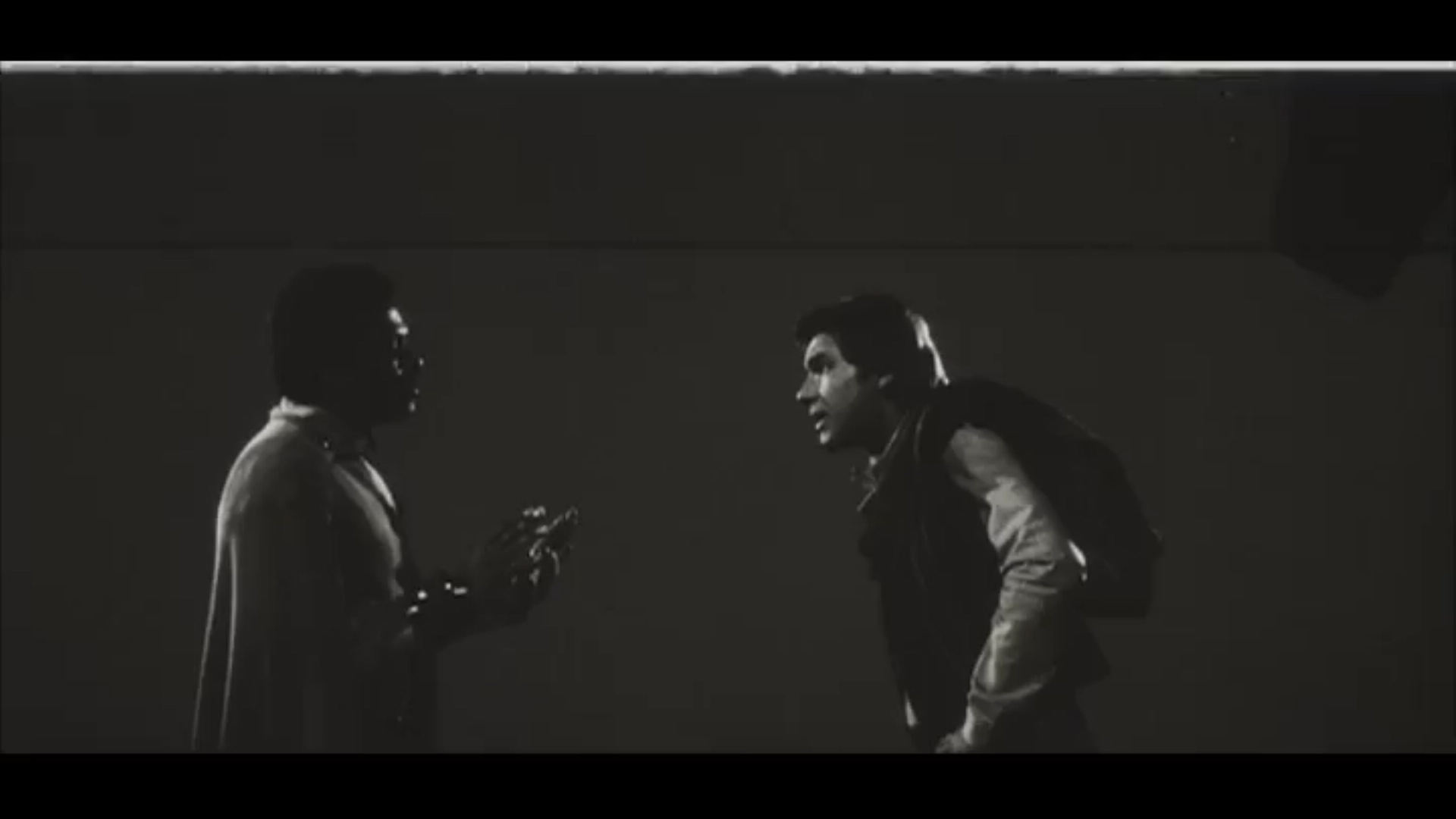 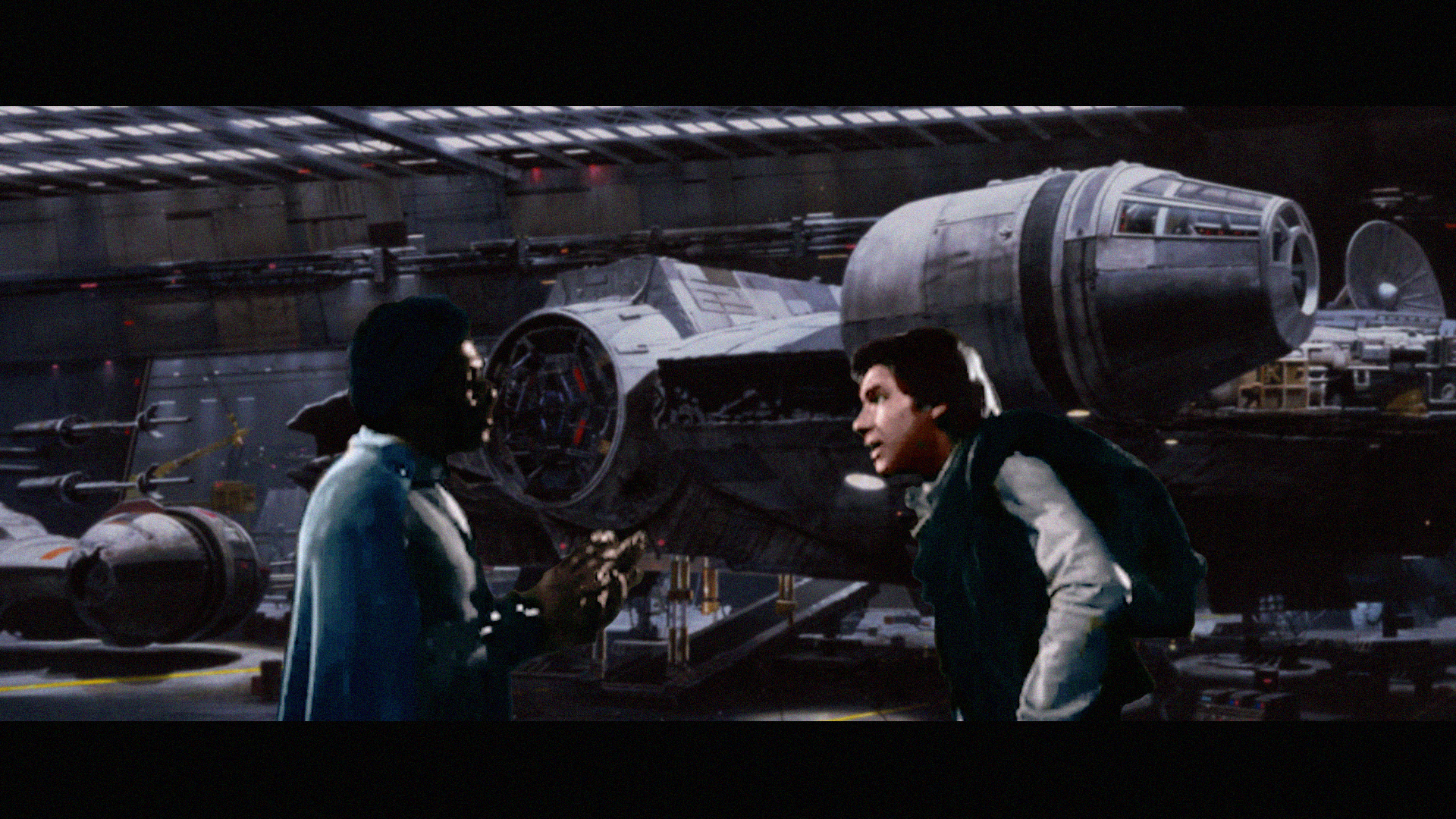 Looks nice, can’t wait to see it when it is all done.

(To the group) If there are any stills or prints that need correction and or repairs, hit me up. I am retired and I get a lot of enjoyment from taking old film / photos and making them look like a fresh prints from their time period. 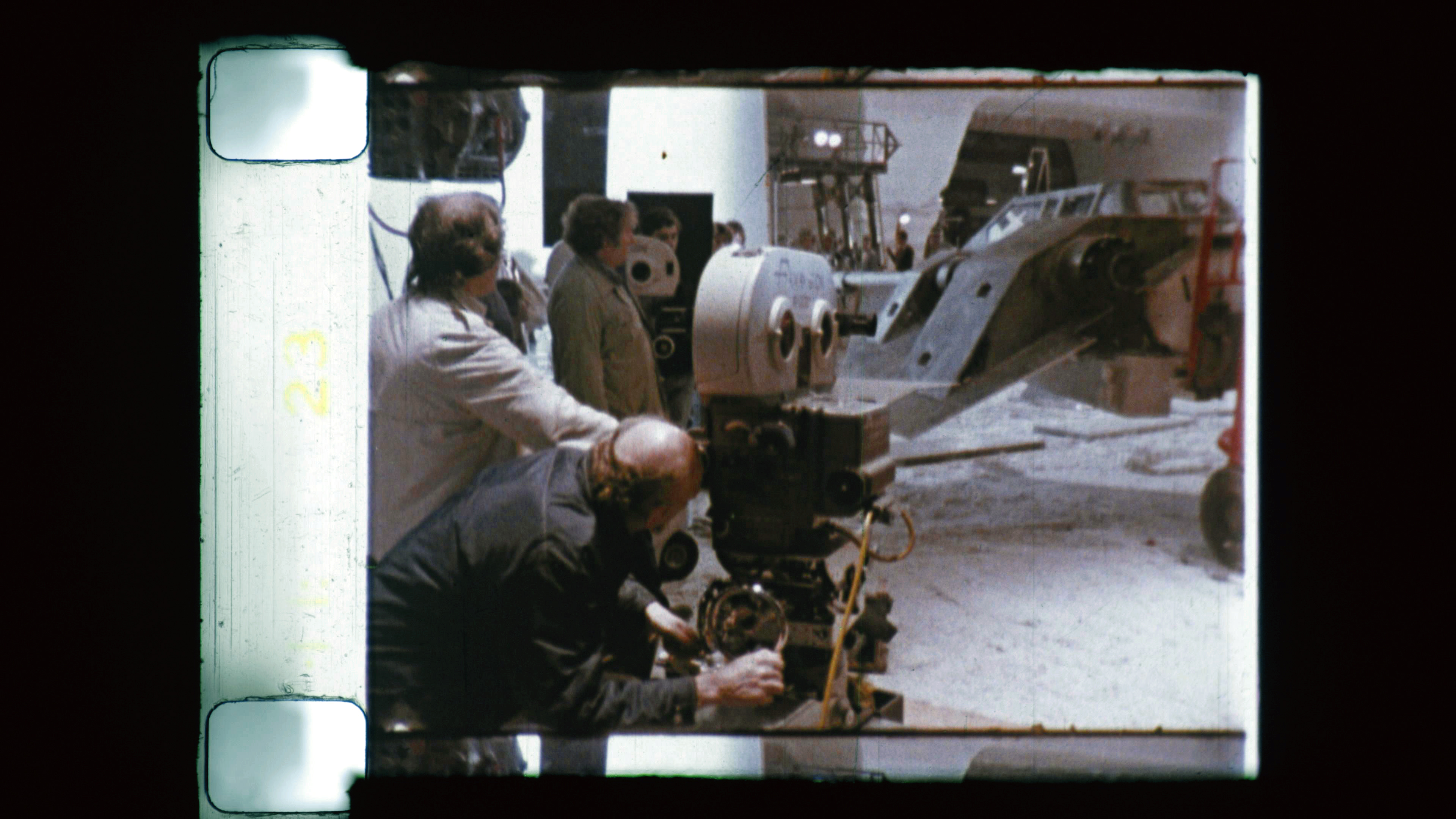 Whew… Got it finally! Thanks all for the assistance. I can play with histograms and bezier curves all day, but when it comes to html stuff… yikes.

At any rate, it took probably about 20 minutes to get the colors somewhat natural. Finding the black point and white point was not an issue, but finding a neutral grey point was a pain. After I got those levels corrected, I simply went to boost saturation on all channels, and then I went to the individual channels (RBGCMY) and adjusted for intensity and output level. The color data IS all there, it is just a real pain to finesse it out.

If there is anything I can do, let me know… I am retired and don’t have too much going on.

So this is the pic I worked on for a few minutes. Still not sure how to get it to show on here though.

Hello! I am new here, but I read the above post about the picture being faded to pink, and I am happy to say that the color information for blue is in there, it’s just a pain to draw it out. I actually corrected pretty decently, and I would like to show you… I just can’t figure out how to post the image here. Help a new guy out?