^ by Chris Thornley (aka Raid71) - https://www.raid71artposters.com

What’s so wrong about saying you don’t like the sequels?

Nothing at all, as I said - “That’s okay and a reasonable opinion” - to not like the Sequels, or parts or aspects of them (or an other Star Wars releases). Why claim this when it was obvious this was not what was meant.

As above, “In fact i would say TLJ fans are the ones who just use racism and sexism as a card against people who have genuine criticism of the movie. Its quite toxic really…”

So TLJ fans are toxic for apparently bringing up race and sexism - but not when he does? Okay.

And it seems you an he are the ones who like to use the word ‘toxic’ here.

and because he shared a video that you didn’t even bother to watch, you just assumed it was a toxic rant when it really wasn’t.

What are you on about? I have seen the video. Are you confusing me with someone else?

And also, if you don’t think that some TLJ defenders accuse TLJ haters of racism and sexism, you clearly haven’t been on Twitter.

That doesn’t excuse someone stating it is toxic to bring racism and sexism into the debate - despite having done so themselves (like Wanderer has done).

If you have a problem with my post above pointing that out then that is your problem (why so touchy about it?) - along with your misconceptions and erroneous claims.

Another thing, as oojason and others have said on here recently, it is not a question of ‘haters’ or ‘defenders’ when it comes to discussing new Star Wars content - or sides in a debate - it is indeed just opinions.

Those who look to create and maintain ‘sides’ can get swept up in their entrenched views, a ‘hate’, a will to ‘win’ - and may stop listening to other viewpoints. Or often with mistaken assumptions or conclusions, and not give appropiate thought to what has actually been posted before them… before jumping in digging the hole deeper themselves.

I enjoyed it - overall the series was flawed, a little shallow in places and with too much filler. Yet also had some pretty great episodes too, and a shame we didn’t quite get to see the characters evolve and really become a part of the actual Resistance.

I do hope we some of these characters again in other Star Wars animated content, and also The Colossus too 😃

‘The Star Wars Resistance Finale Was the Perfect Ending to an Imperfect Show’:

This video nails how I feel about TLJ now:

Revisiting the Last Jedi (and why it is alright)

Like me the guy disliked the film, but has kind of come around to liking many elements of it, and feels there’s a great film at its core. The guy goes through what he feels are the strong, and weaker elements of the film in a pretty balanced manner.

I will never be convinced that TLJ is a good film, when it has terrible writing. The main arc makes no sense, its sub plots are redundant and devoid of character development. Every character in the move ends exactly where they left of in TFA.

“In fact i would say TLJ fans are the ones who just use racism and sexism as a card against people who have genuine criticism of the movie. Its quite toxic really, and sad that Rian Johnson fans dont have any issues in thrashing people and the franchise to protect the vision of one dude.”

So yes, you throw racism into the mix yourself, then claim ‘sorry to hear that’ when it occurs…

Then get into a strop some people don’t want to watch a 2-hour video by MauLer titled ‘An Ubridled Rage’, with self-descriptions of it as a ‘video ranting about a crappy movie’ - or ‘Disney’s failure is now complete’.

A quick look through your posts indicates you are just here to bash on the Sequels - not much else on Star Wars or any love or enjoyment of it so far.

Fair enough - keep on bashing on them, and casually throwing claims of racism around too, but don’t expect many to engage with you if this is all you’re going to post on here (well, apart from the others that also like to bash on them too 😉) 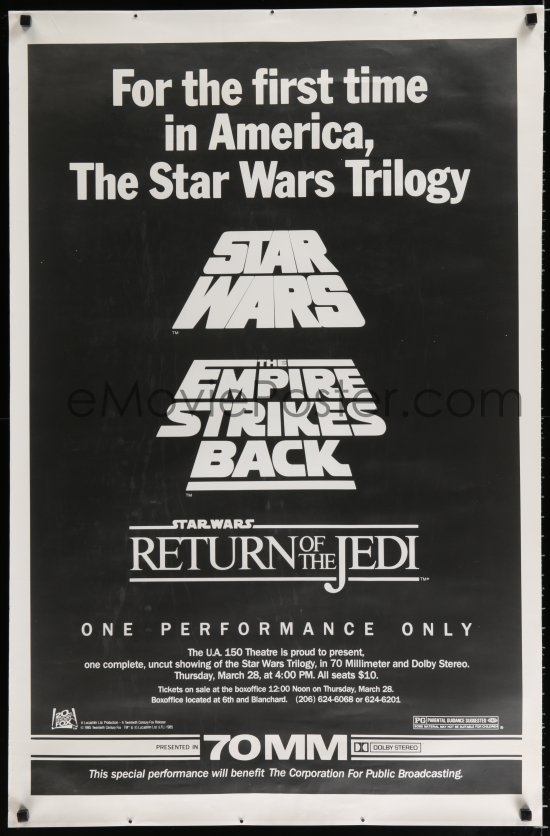 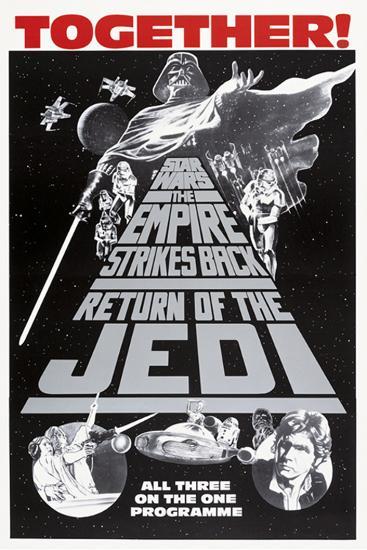 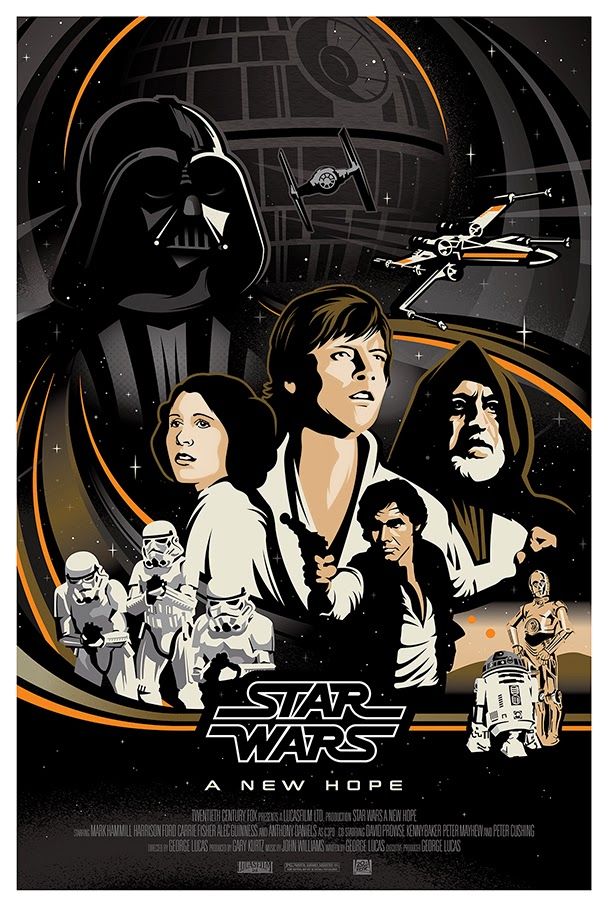 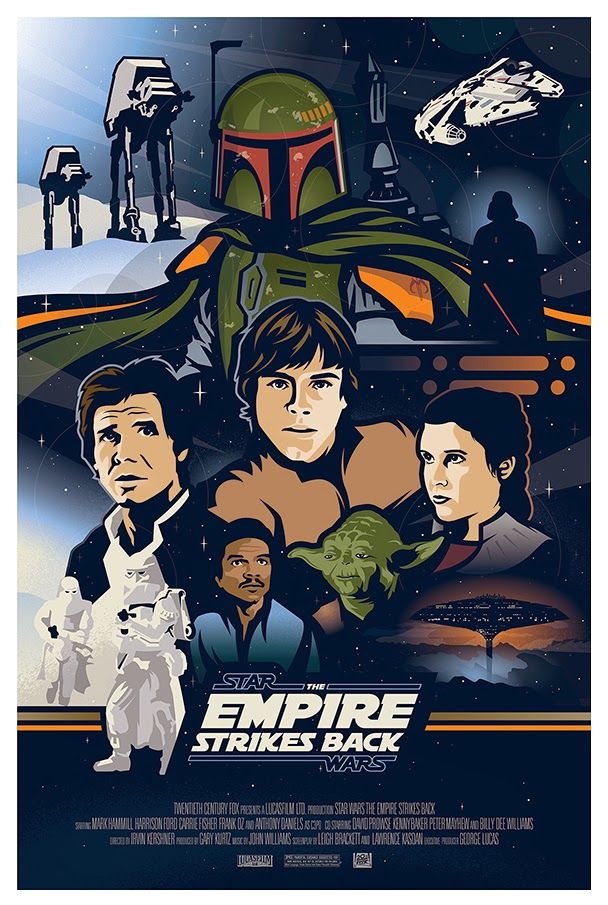 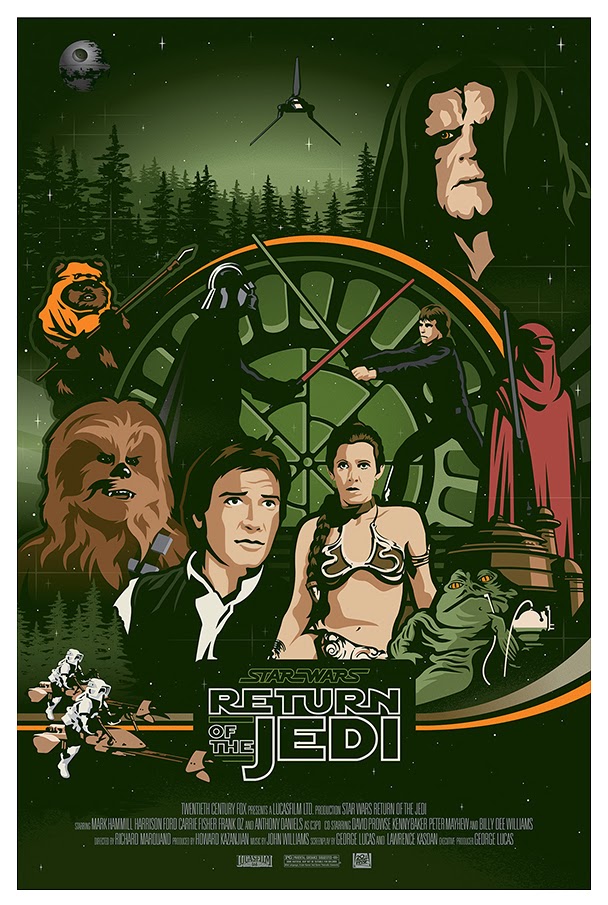 ^ both by Morgan Yon - http://www.morgan-yon.com

A few other alternative takes on scenes from the OT… 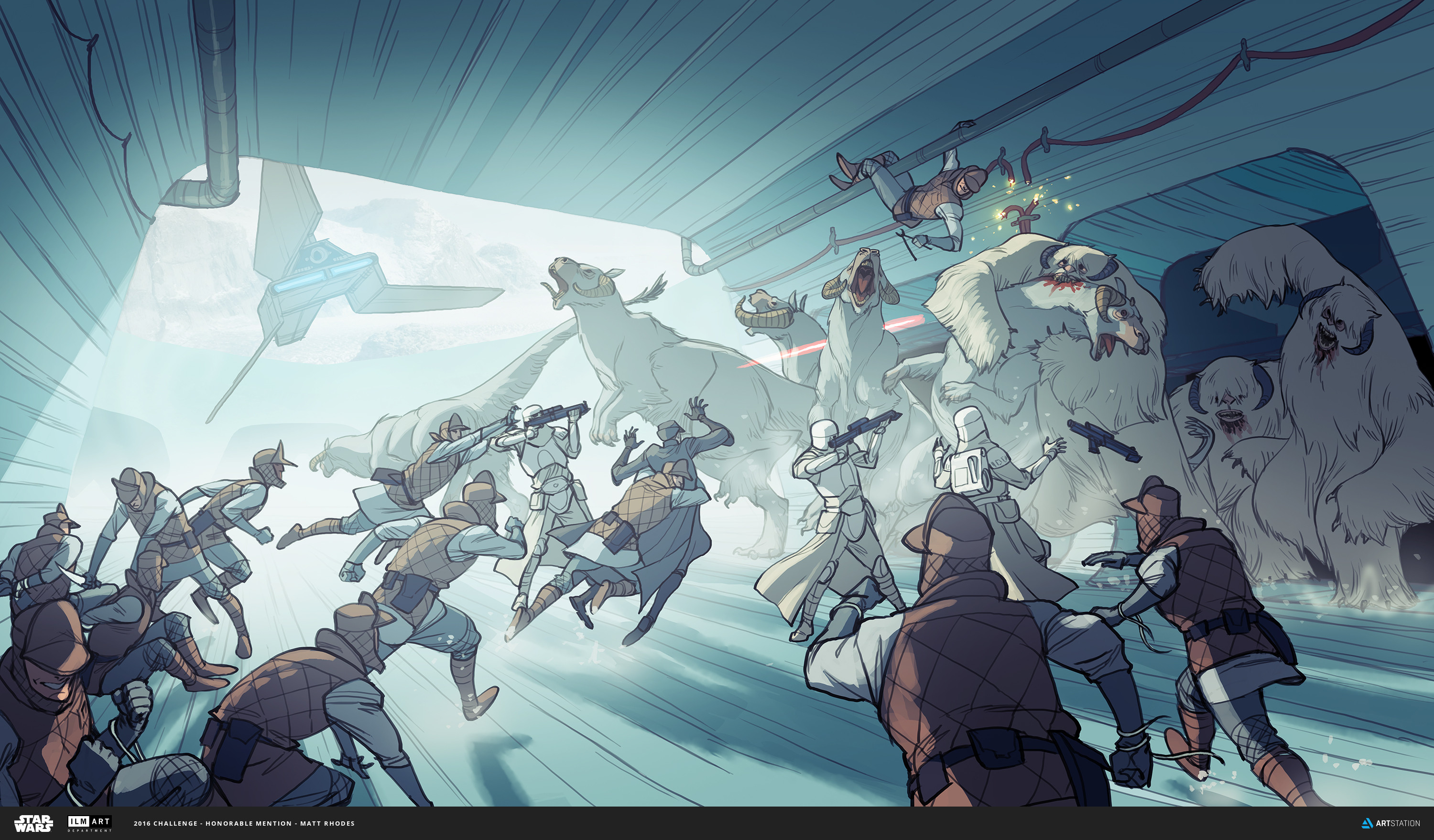 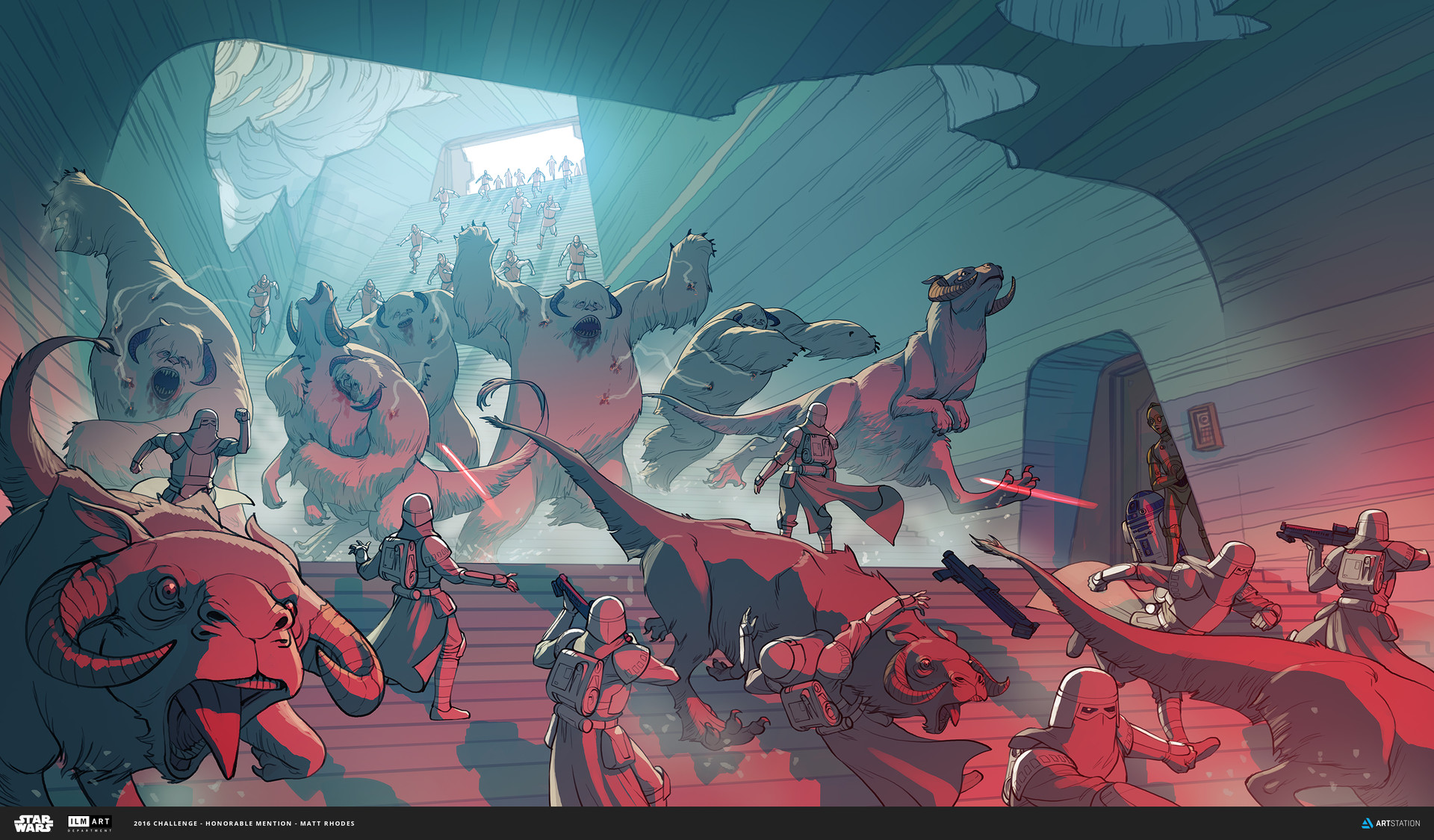 ^ both by Matt Rhodes - https://www.artstation.com/artwork/ilm-art-department-challenge-the-job-14 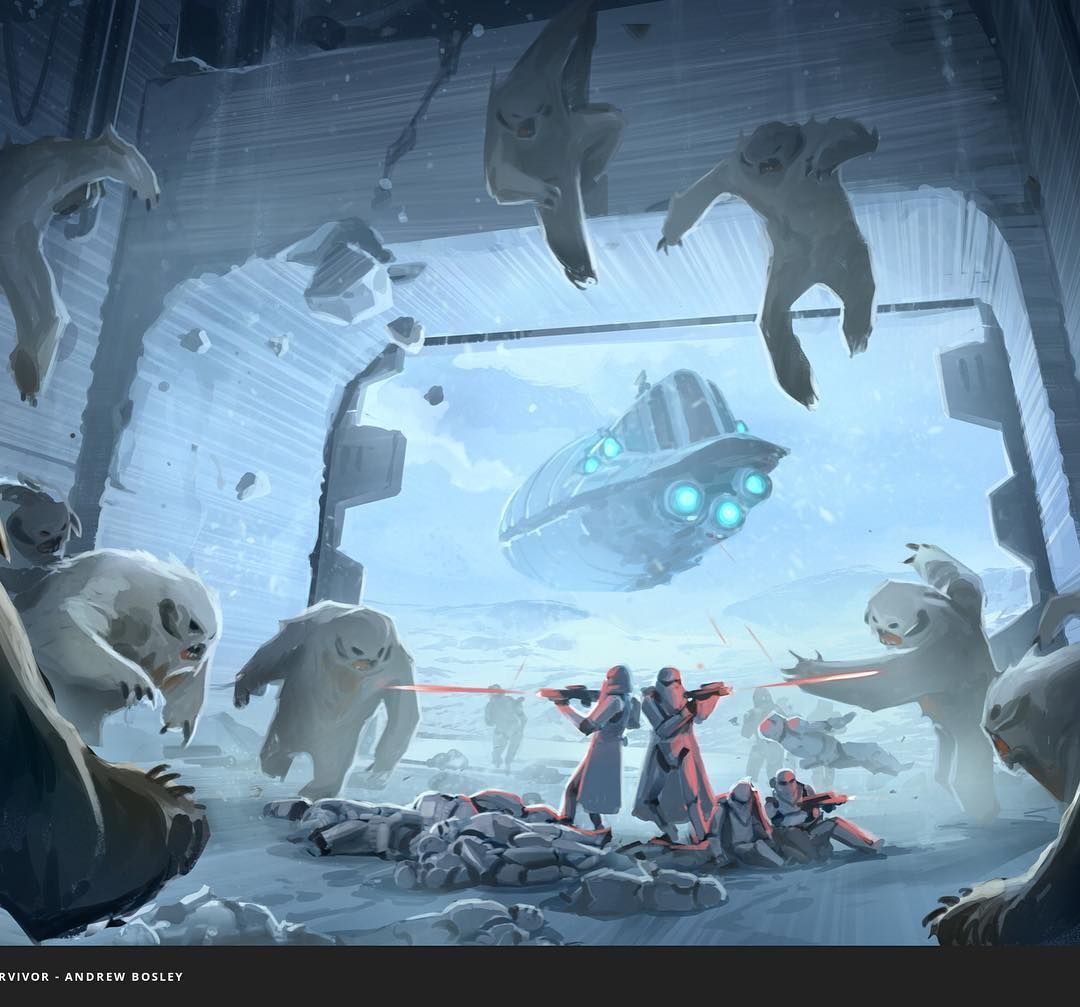 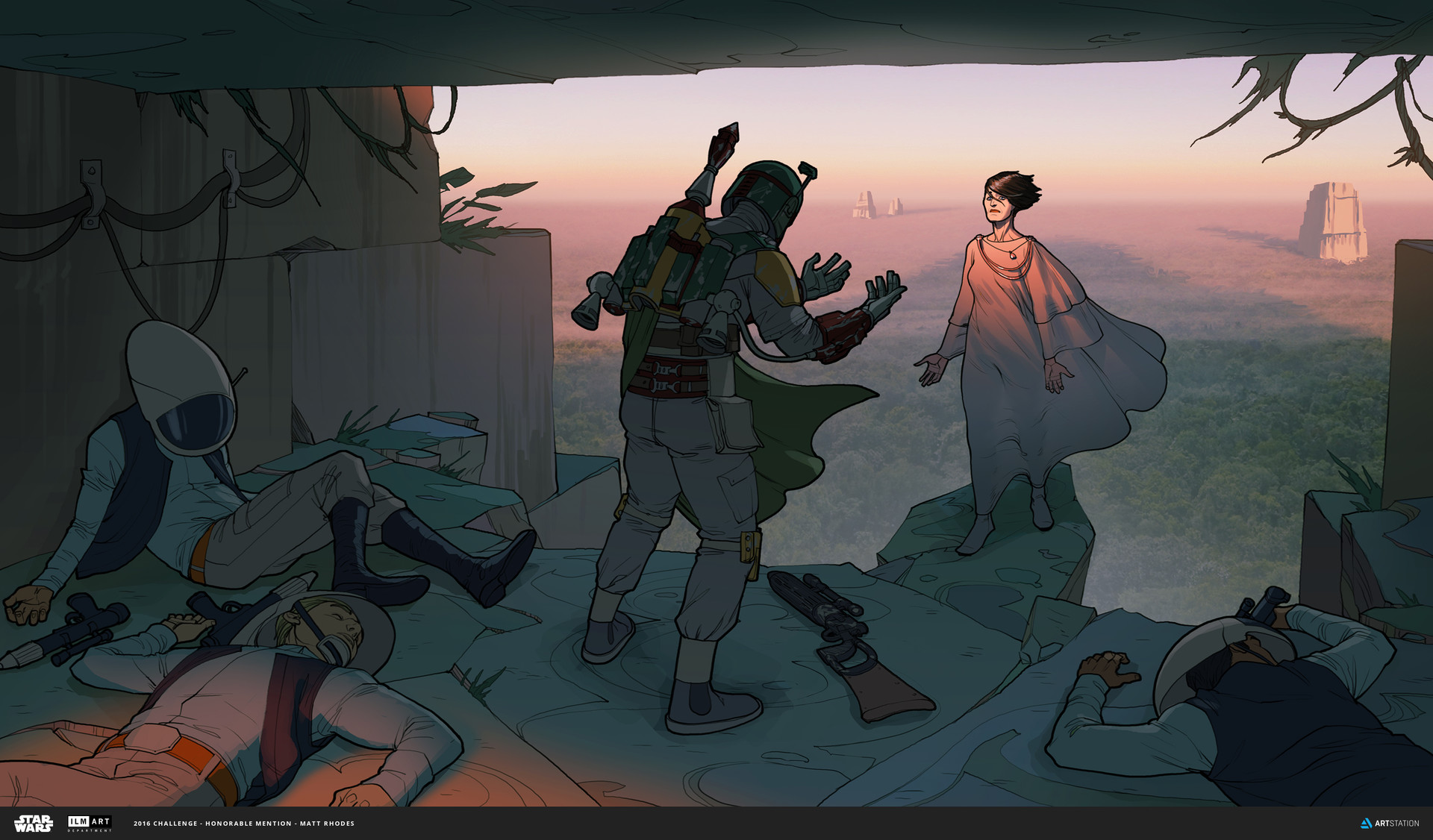 Thanks ray_afraid, and it feels good to be back 😃 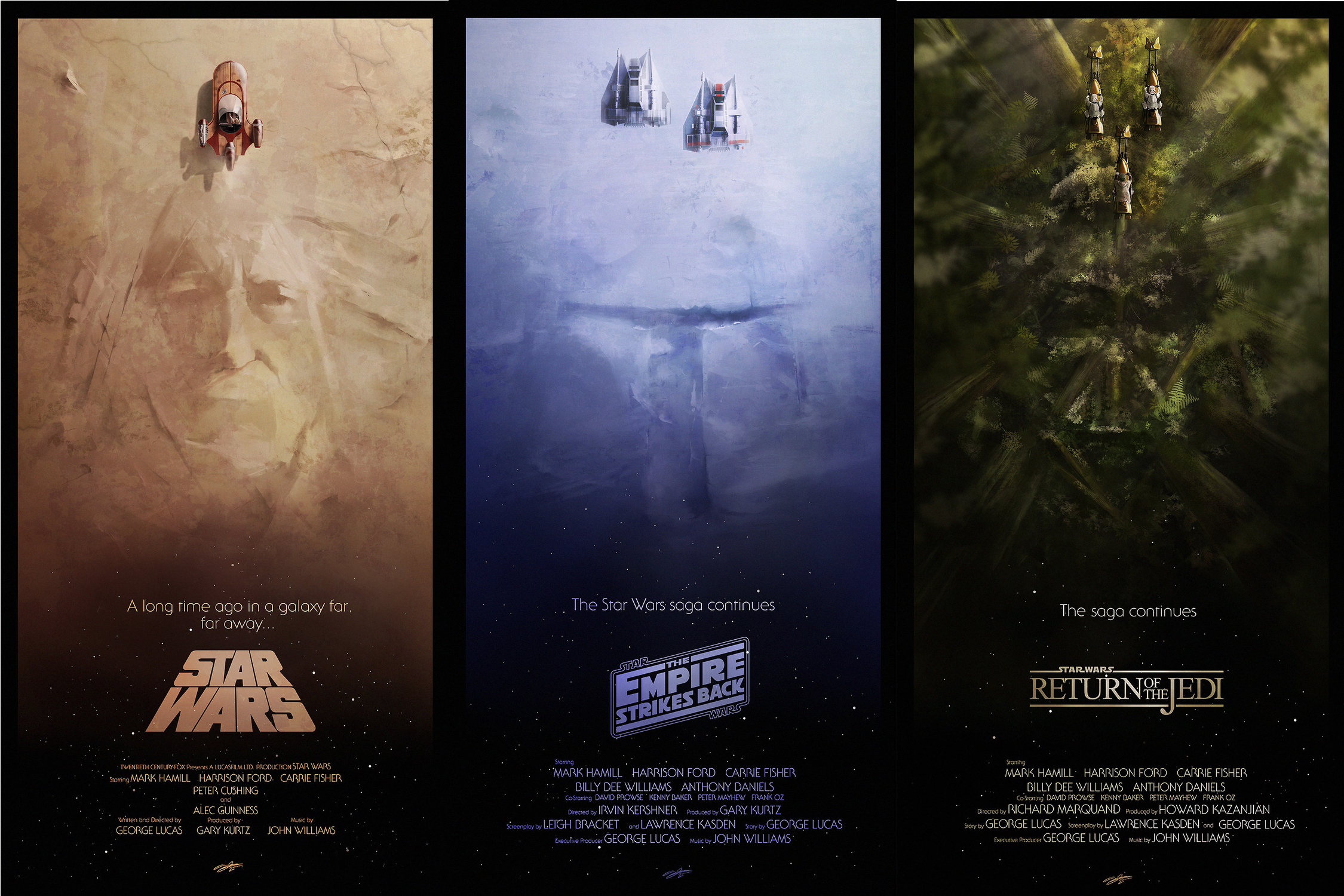 ^ all by Andy Fairhurst - https://bottleneckgallery.com/collections/andy-fairhurst

Oh, I thought this may be an interesting thread on TPM itself. Though going on posts made in here by the OP wants to bash on other Star Wars films to attempt to make TPM seem better? So no thanks.

The Phantom Menace on VCD was pretty good for the time - I still have both my old imports of it somewhere. ‘The History of Star Wars Posters’ article at https://filmschoolrejects.com/star-wars-the-posters-14ad09654325 is well worth a read and look through.

Revenge Of The Jedi concept art by Ton Jung: 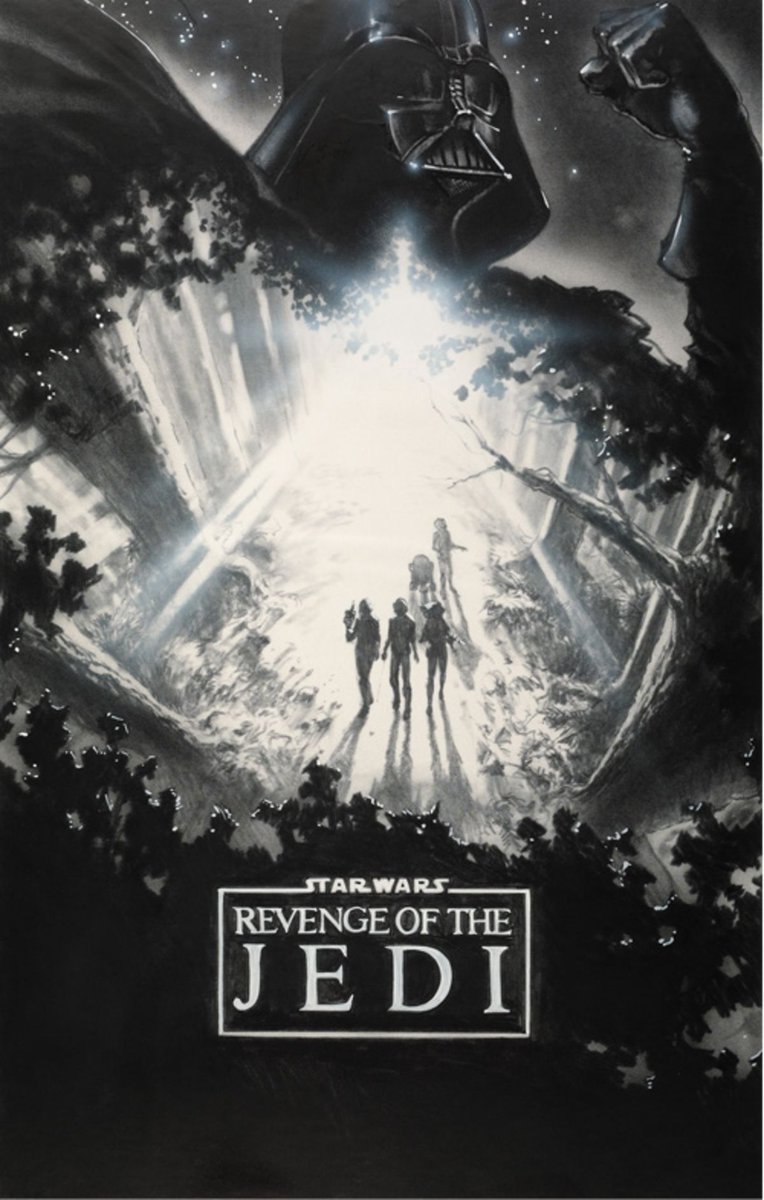 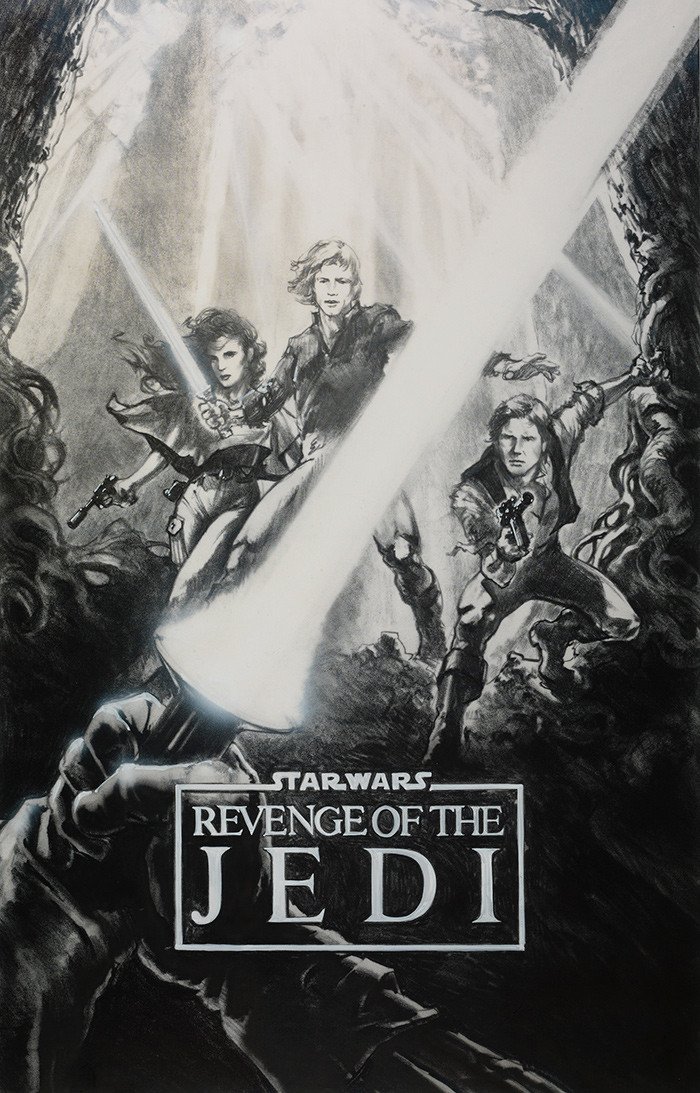 Plex style posters for each episode of season 1 of The Mandalorian: 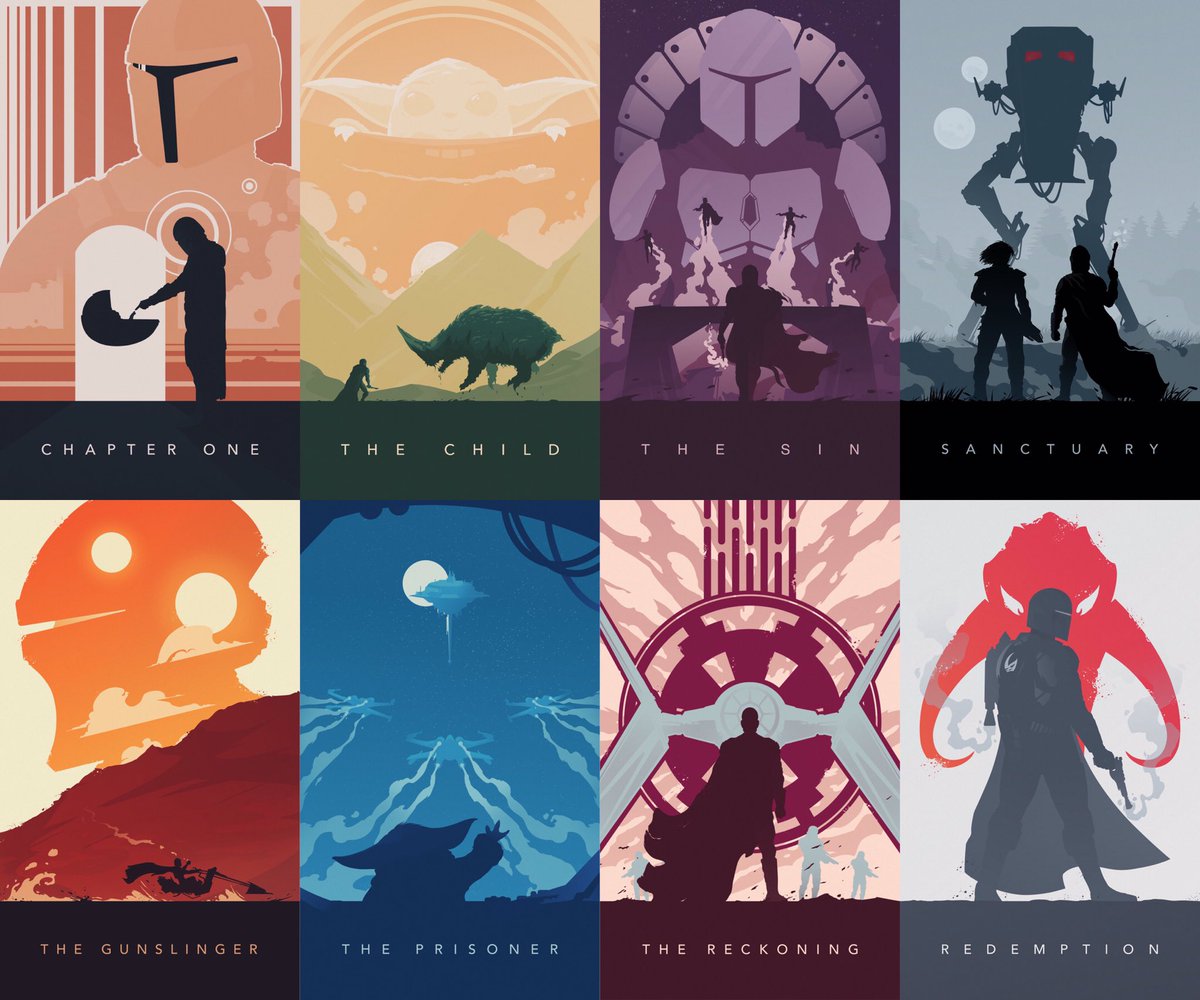 Mine would be the 1989 Technidisc laserdiscs of the OT, I didn’t even have a laserdisc player and got gifted the set of discs from an old friend. I must have just looked at the packaging of them for months on end as I saved up for a player (I never did get one) - and instead just took them around to a friend who had the CLD 97 to watch them on - a lot!

(I think it was a CLD97? The letters and numbers all get jumbled up these days!) 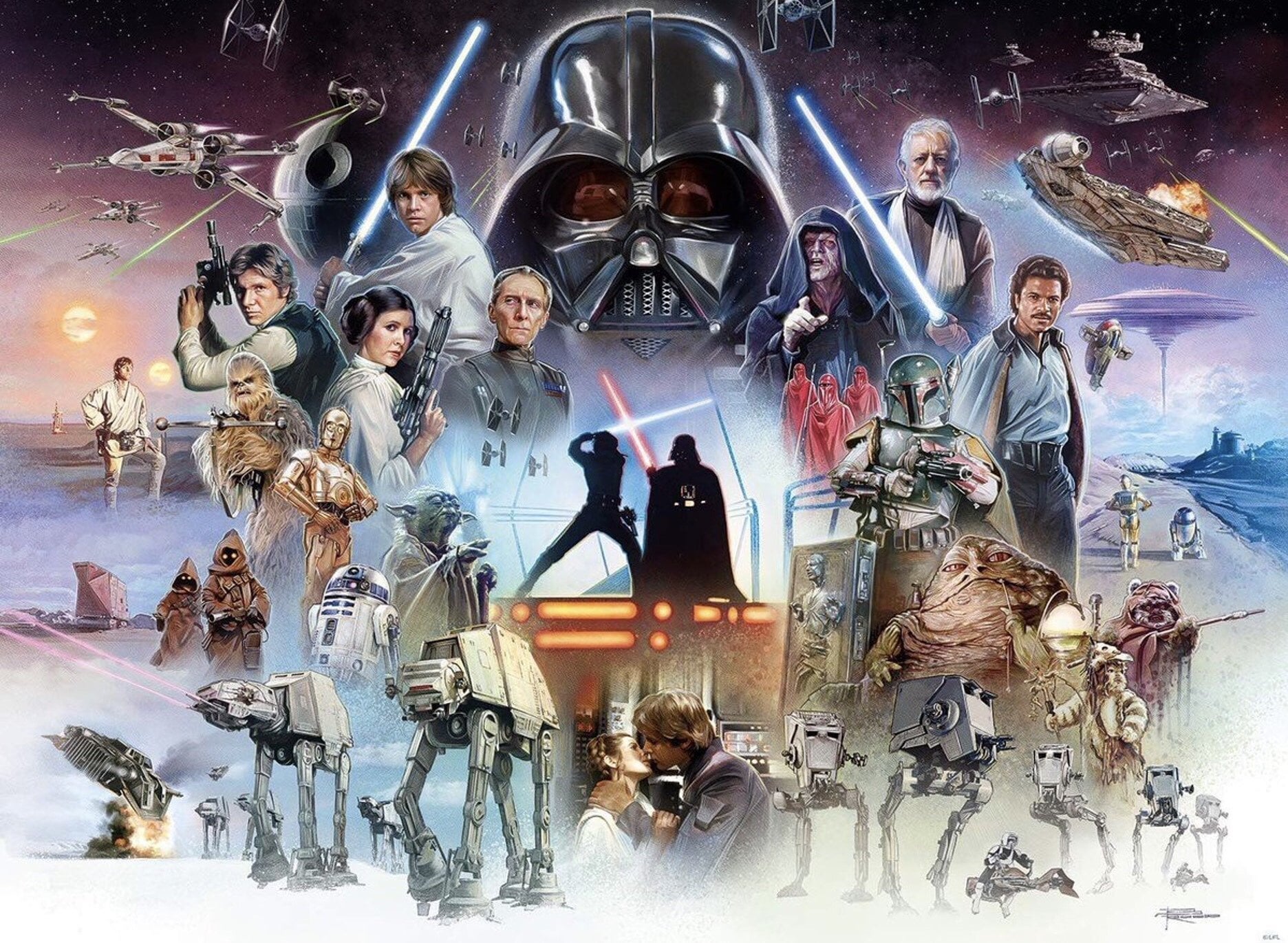 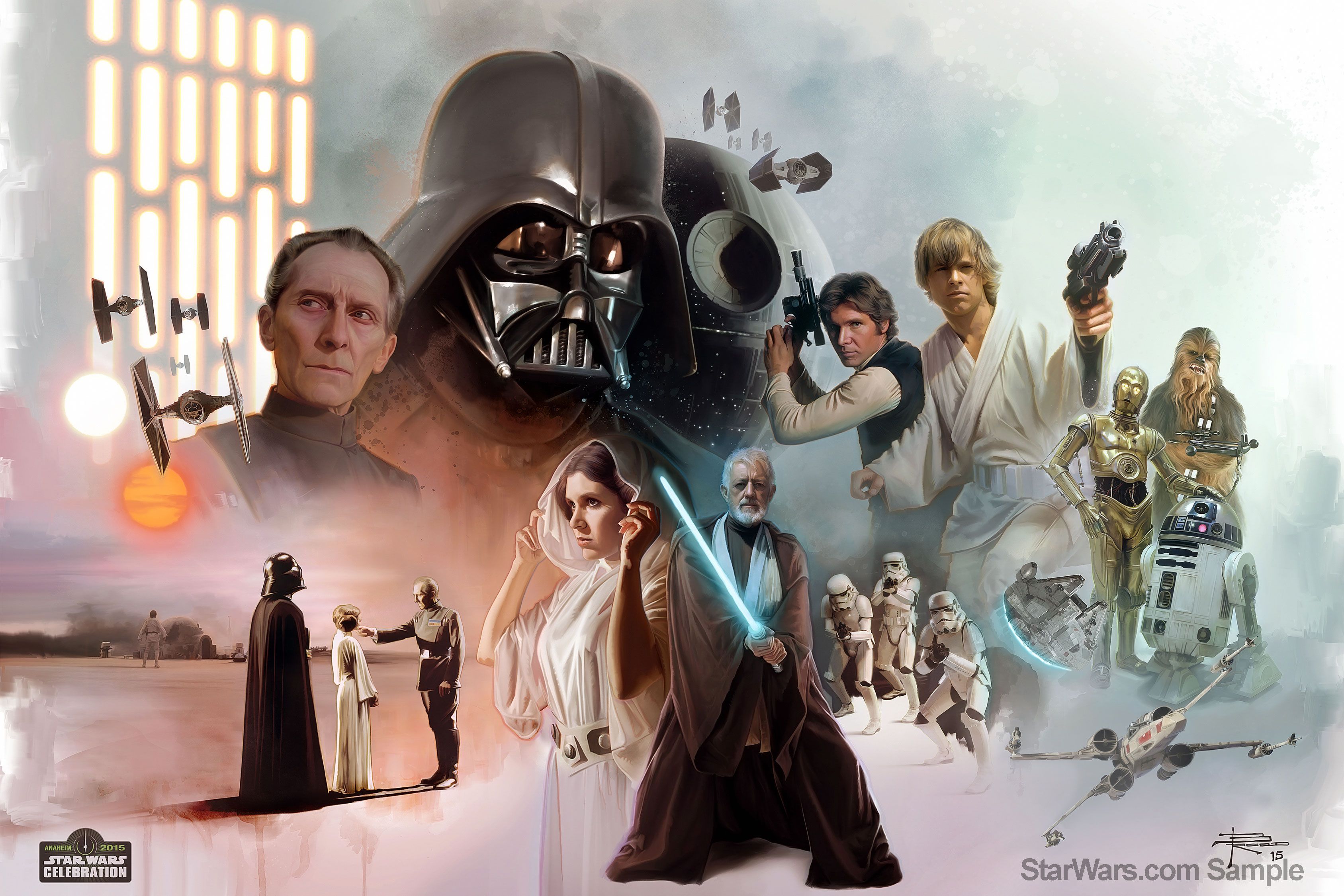 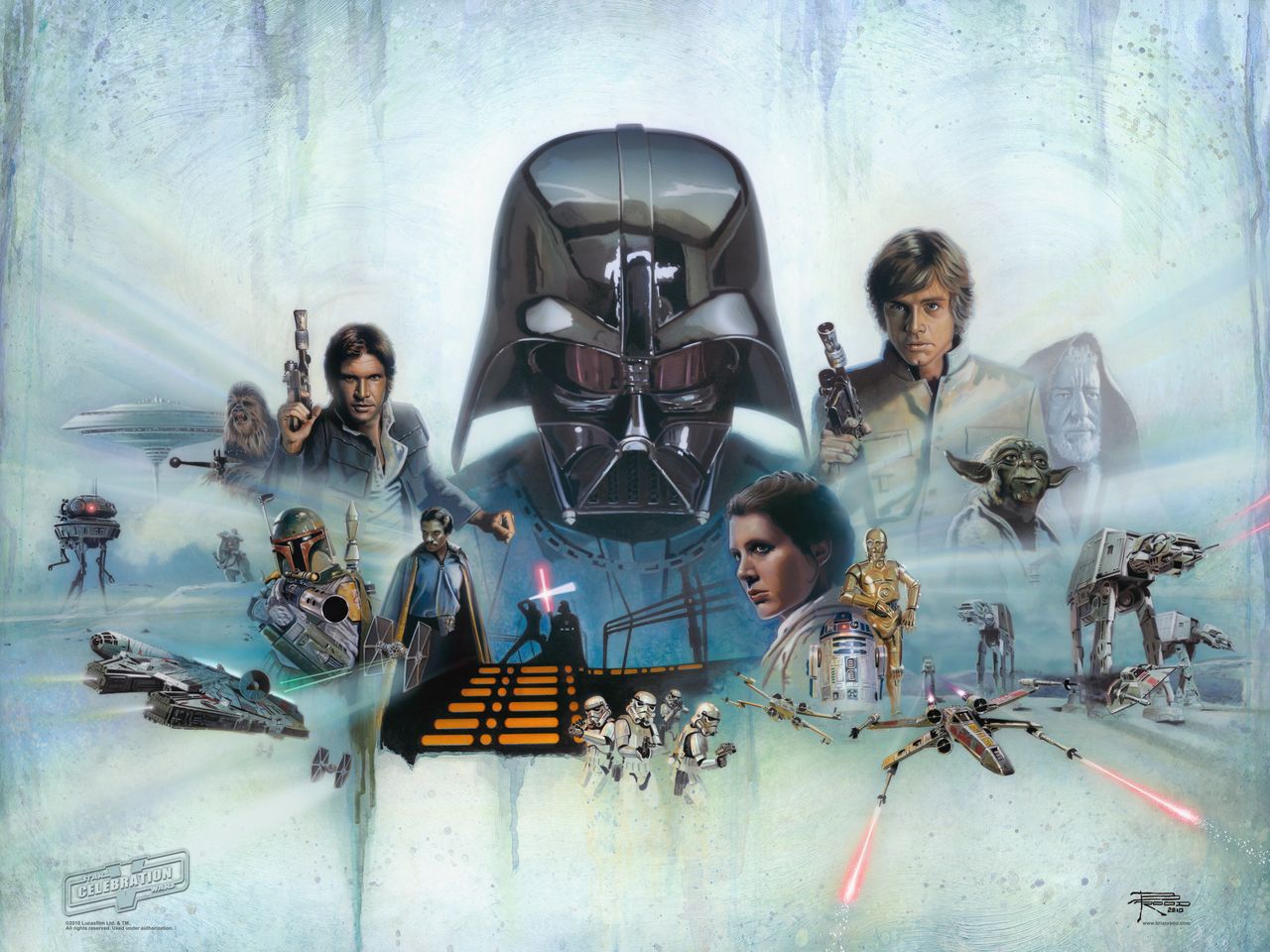 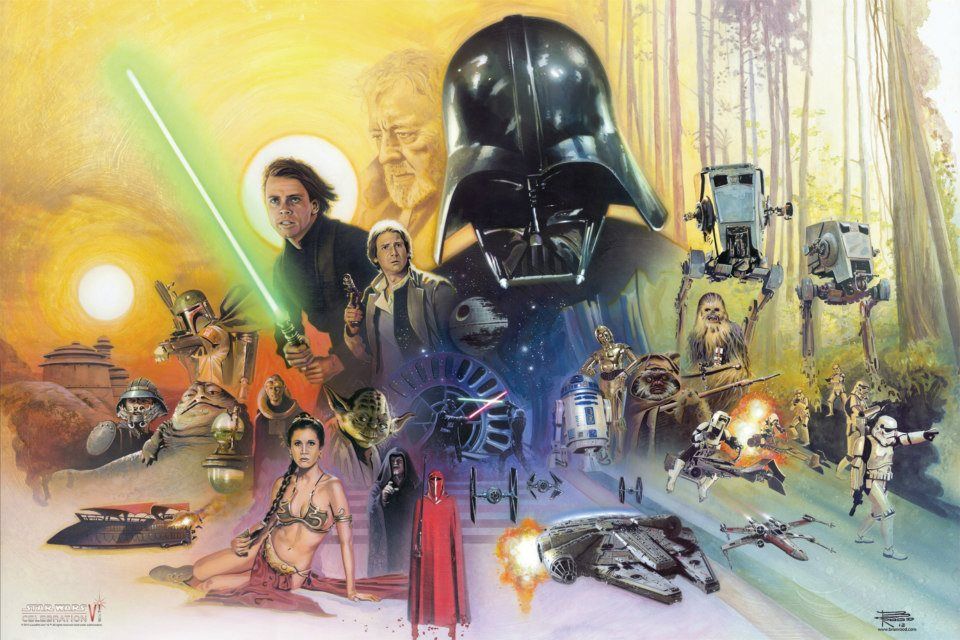 I’ve decided to not let some annoying idiots ruin my enjoyment of Star Wars, or my time on here, and so I’m back on here posting away 😃

^ by J.J. LendL - http://jjlendl.com (has some amazing posters for Trek and many other shows) 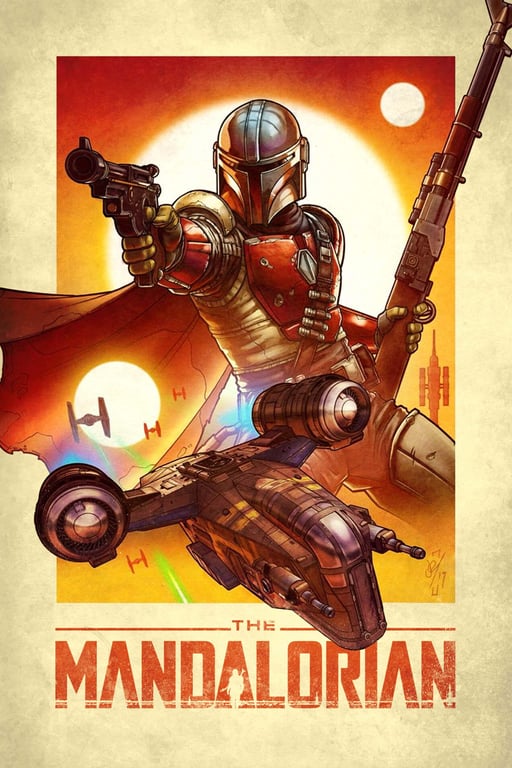 by By RedHeadJedi (he (she?) does some awesome plex media style posters for Star Wars and many other series and films too!)

I don’t know about Underworld 10 but there used to be templates for all kinds of slightly different covers on previous versions?

I think there are also some Criterion sized template covers on google images too which may come in handy too?

Rey’s new saber being the top of her old staff from The Force Awakens.
That Kylo points in the same manner as his dad when he wants someone to be quiet! (Han to C3PO usually!)
Rey referring to Leia as ‘Master’ - and just the fact that Leia was now training Rey.
Chewie’s emotional greieving scene upon finding out Leia had passed, that ‘got’ me.
Luke’s final lesson to Rey on Ach-To - the reminder that confronting fear is the destiny of a Jedi (a message that resonates foreveryone in today’s political climate, or where people just accept things they know to be wrong or they don’t agree with).
C3PO’s humor - it was both funny and on the ‘mark’.

Rey now piloting an X-Wing instead of dreaming of piloting of one whilst wearing the helmet back on Jakku in TFA.
Luke reaching out to lift his X-Wing was just like he did in Empire on Dagobah.
Ben’s shrug - just like his dad.
Kylo’s ‘be quiet’ gesture - again, just like his dad.
Kylo and Han’s conversation.
Ben holding Rey like Han held Leia in ROTJ when she was injured.

I love the new sections, especially having an Original Trilogy specific forum. But man, I got a take a break for a while - so much negativity and toxicity around of late. I hope to be back soon when it dials back a bit.

Thank you for your efforts mods, and other many helpful people on here too. Happy Holidays.