I love that! It actually looks like they are lighting up the room

Thank you! Still tweaking it to get the colors from both sabers to wash over things and blend in certain areas but really wanted feedback before i went too far in a direction that may not be wanted or liked by the fans.

I want them to be able to be held up to the sequel trilogy as much as the o.g. trilogy.

Trying to figure out the amount of over lap, extracting, curves to bump shadow more to highlights, feathering and opacity. But would like to give some impression of the sabers actually being there.

Im also thinking about the ship lights going dark when the attack begins, with the ship going into emergency lock down. I may change the rafter lights to red as the lights kick off.

Other than the obvious logical reason on the federation ends, it adds to the ambiance of the dark moody intro and gives more lighting dynamics to play with through out the movie. Which will be important for the end fight.

On a side note. Im going to try to make some displays for the monitors in the other movies to lay some ground work for the sequel trilogy and the potential that the Emperor has clones, and maybe that Snoke is some older Sith that he got the genetic stock for.

Let me know your general thoughts to all of this and if it’s worth pursuing. 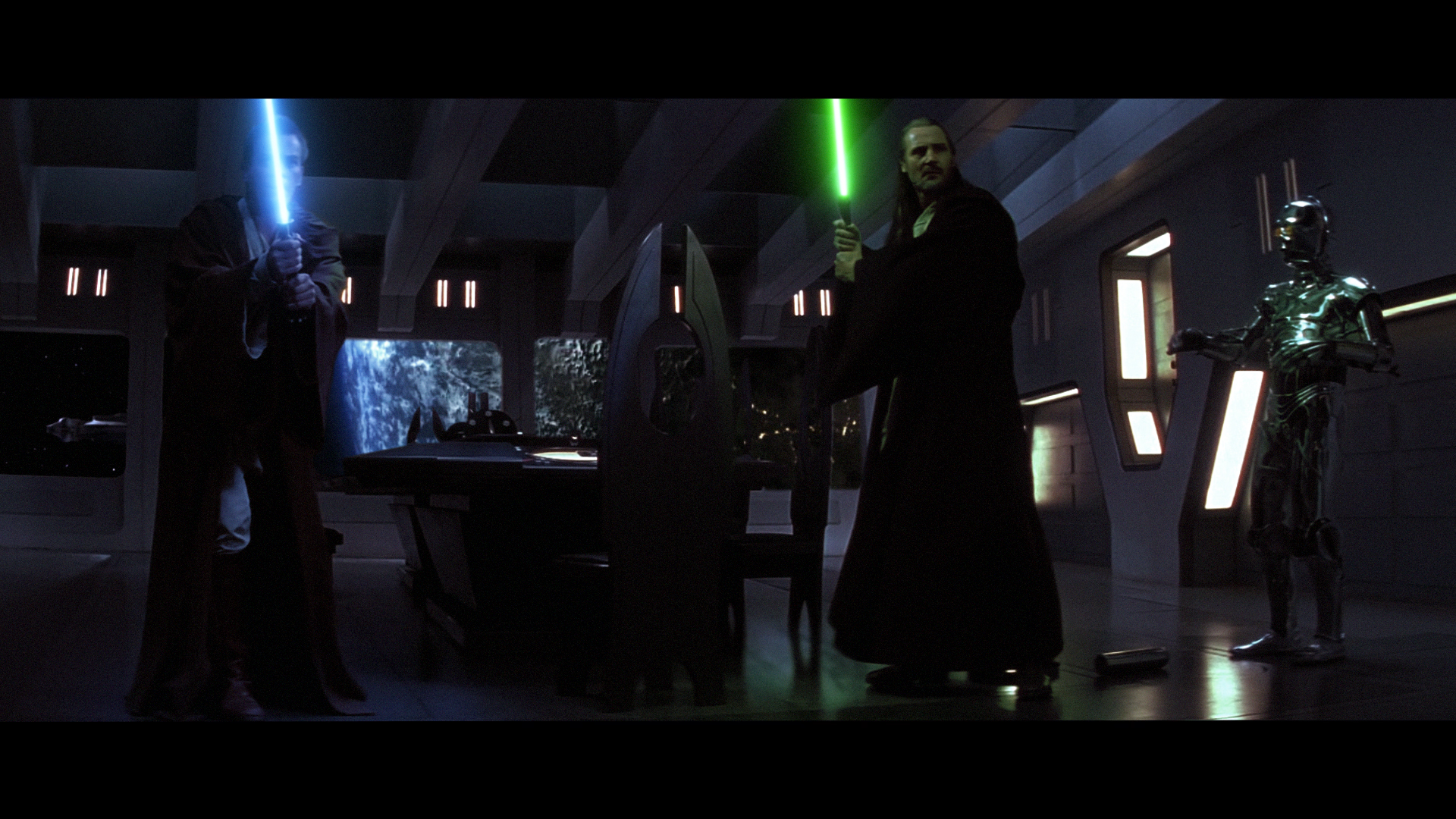 I guess you could call these the Prequel Trilogy Special Editions we never even knew we wanted.

And thank you 3000. I really appreciate the positive comments and feedback from every one. I want this to be something everyone can enjoy and need all the criticism i can get.

I guess you could call these the Prequel Trilogy Special Editions we never even knew we wanted.

There will be a purist cut akin to the special edition. No pacing edits or such, just an upgrade to certain visuals. The other version will be more of an over haul. Extending the attack of Theed and Escape of Theed. Cutting Palpatine connection to the Federation. Cutting Yoda. Edits to pacing, dialogue for aliens and droids, and music. Plus plenty more edits.

Lucas brought this on with the special edition and Adywan should it was possible with a lot of hard work. I want to honor the story and ultimate vision of Lucas though in both edits. I do absolutely love the Prequels and story it tells

Just popped into the thread. I once tried to find a way to recolor AOTC background Jedi sabers, so its nice to see that brought about!

Thank you! Trying to bring in the extended universe in where i can for the fans. There will still be a version with only blue sabers to honor Ady’s versions.
Id like to bring other things in like ships if i can. Ill need to probably start a thread seeking information on what ships would be around during the time period. I know the falcon is already snuck into ROTS. Im thinking jedi or other side characters from the comics or games.

Adywan, would you still be willing to consider having the lightsabers glow for ROTJ:R?

I don’t think you realize how difficult it is to create a new light source and not have it look fake. The thing with the new movies is that they had LED light sabers on set that actually lit the actors and scene IRL. That just wasn’t possible back in the 70-80s so there is no lighting reference.
Although it would be cool and you might be able to use a red or blue or green filter to get close to that affect, I don’t believe it would hold up. Lighting is such a tricky area in VFX because, your eyes are so used to seeing real lighting that they can easily tell something is fake if anything is even slightly off.

Check out Corridor crew redoing the shot from Scorpion King. They mention how you do it using the extraction tool. I’ve used the same technique in some shots. You can change the color and blend it.
https://www.youtube.com/watch?v=KH1V6CHO1Jk. Watch around the 4.55 min mark. You can flip what he’s doing and add color to the shadow area too if you want.

Oh, that’s fantastic news that you’re considering those changes! I wish I could help, but absolutely best of luck to you!

Here’s a good shot of the Hyperdrive room in the finale of The Clone Wars: https://ibb.co/7C86T7F

I don’t think id be able to remove the beams as they fight in front of them at one point. The actors aren’t really visible so it’d be hard to get mask on them. It was hard enough to mask the sabers in so you could tell how the battle was still kinda going.
Largely i think there will just be a lot of editing to the lighting of the room and on the actors. The sabers are all pretty much done for the end fight. So anything else will be finished a lil later in the work flow as im trying to plow through the movie front to back now. I’ve worked on large sections through out and have a good basis of what i want. So the slow polishing of things will take some time and still a lot of other things to do like tracking planets into other shots. Im looking to release the first 10 min soon though. With out new audio voices though or any new music, edits to pacing, or the like. Just a straight scene for scene with the original unaltered movie to compare against.

Id list the scenes still to be done, but itd be too much to list. Too much detail to have to explain. The intro for example has so much stuff. From a new planet, with lightning, aurora, moving clouds, city lights. Planet tracked in with camera movement. New engine glow to ships. Window reflections and smudges. Recoloring. New lights on interior of ship. Docking bay lights. A light that washes over the ship as it enters the docking bay. Engine glows that kick off when the ship is entering and reverse thrusters kick on. Heat/air turbulence around engine thrusters. Droid eyes glowing. And this is just the first minute. Im sure i forgot something too haha

The computer I’ve been using for the past few years is entirely busted. All announced work is cancelled. I will be unable to help with anyone’s future edits.

Thank you for understanding ❤

Hope your able to do a data recovery at a computer place a trusted friend and able to rebound. I’ve been there, its brutal. I still need an external drive but try to back up some files in an extra google drive. Best of luck and hope you keep at it

I’ve always hated, though, how awful the grasslands around Naboo look. They are just absolutely featureless and they look more CG than the entirely CG creatures moving around them. Every shot of the greenery just takes me right out of the film. TAS, is that something you’ve thought about looking into?

Similarly, the ‘power station’ or whatever it is that’s the setting of the final fight just looks too unbelievably fake. The very last episode of The Clone Wars featured a ship’s ‘hyperdrive core’ which had very similar geometry but without the artificial feeling laser pylons, have you considered any changes to this?

Thank you!
Actually thats one of the main things i really wanted to fix from the get go! lol The Shot of the tanks rolling up to Theed has the same issue. Part of the problem is there is no depth of field to anything as it goes back in the horizon and every thing stays in focus. Making it look very flat. The other issue is the lack of detail which is present in some shots but not most. I understand some shots are far enough back that you wouldn’t notice individual grass but other shots you would. The ships are all models and not cgi and mostly look good. I’ve considered how to fix this but nothing done up yet. I think the best way is to handle that with blender. So part of the attack of Theed and the Gun Gun Field battle will require Blender to pull off what i want and have it look good. Just trying to finish up everything with After Effects first. Which is mostly alotttttttt of masking. Painfully alot. The Smart mask or auto mask doesn’t work good enough unfortunately and im trying to work in a lot of stuff.

As far as the end fight with the generator room, send me a link to a picture or something if you could so i could see what you are talking about. Im just trying to figure out how bright they are supposed to be and if i should darken the back ground a bit and add more cast shadow to things. I also want to change the color from pink to a blue.

For any one that doesn’t know, i started a thread a little while back seeking saber colors used in the extended universe by side charters present in the movies. So that is the purpose of the Geonosis pix. It’s meant to bridge the movies with the Extended Universe where possible. Aayla Secura has a Crimson blade, Plo Koon has an Orange/Yellow saber, and Ki-Adi Mundi has a purplish blue one. I tried to go for more of a royal purple than the Magenta Purple one of Mace. Aayla’s is also reddish, but not actually Crimson Red. The dark Crimson red is reserved for the Sith.

Thank you! Still trying to figure out how to do Coruscant. I think i need to reduce the amount of clouds on Tatooine and maybe lighten the color a little more. Definitely fishing for input haha Just a few more planets to prep though, Kamino and Geonosis. Those ones should be easy with the maps. Coruscant though, i need a 4k or higher map. Preferably 8k so i can zoom close to the planet 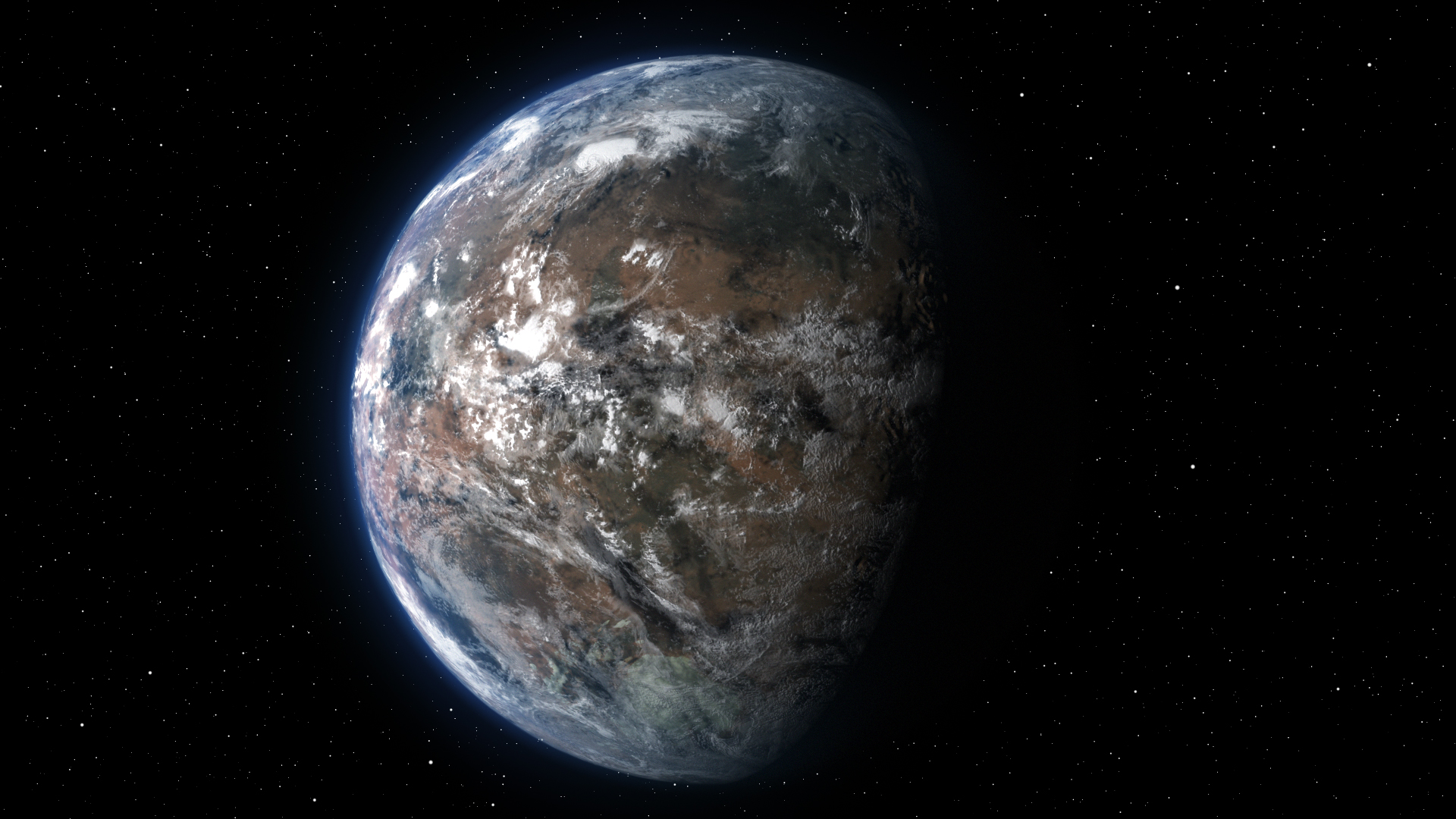 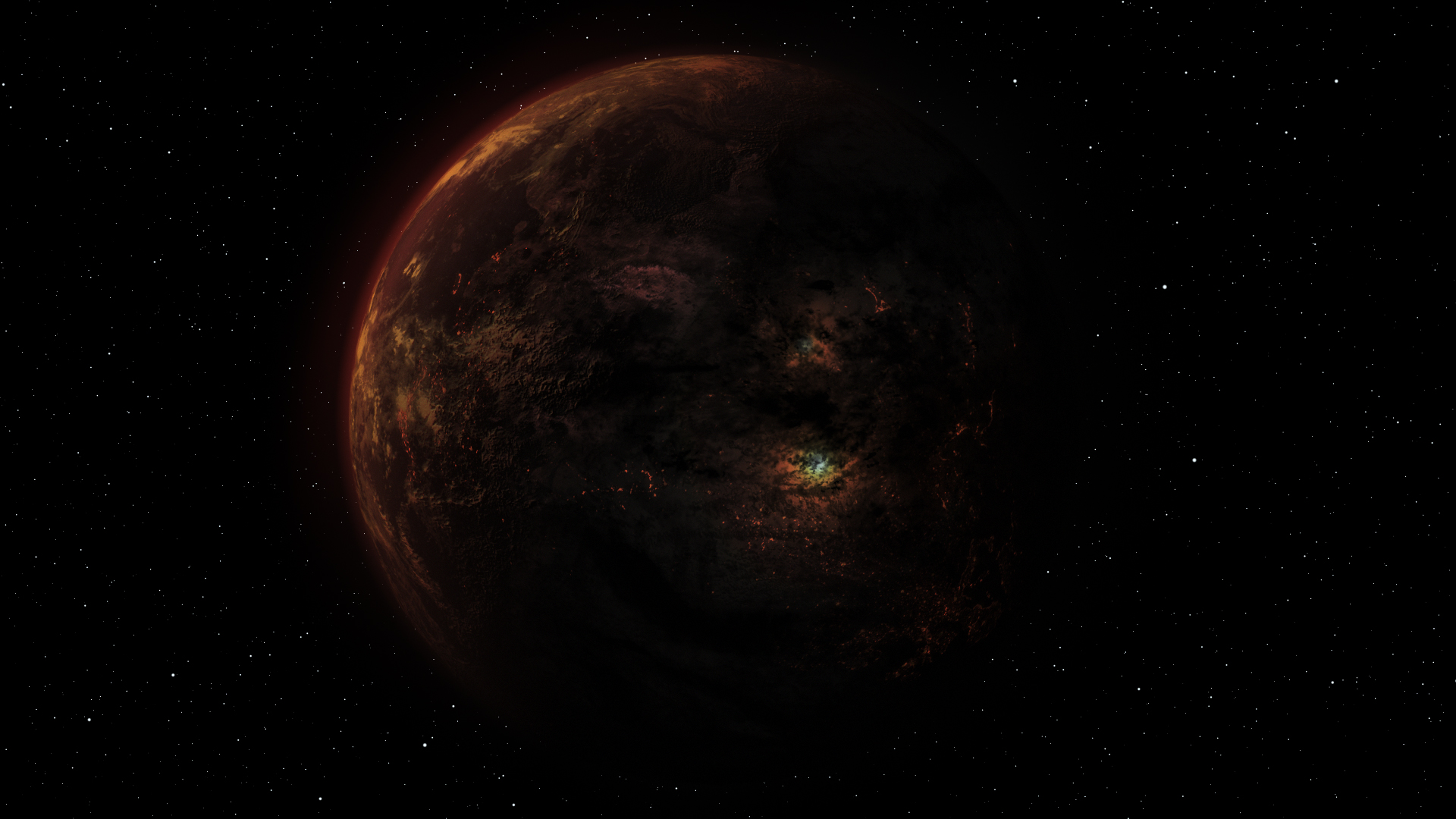 Very cool. At 0:45-0:46 one of the background fires is visible through the flying droid, though.

Ahh i think i spotted it, ill fix that.

Personally was digging Samuel Kims version of the Federation March

Thank you! Some of its still rough with some of the masking but wanted to see what people thought of the planet effects. Was trying something new with the city lights, lightning and Northern Lights.

Very cool. At 0:45-0:46 one of the background fires is visible through the flying droid, though.

During the attack of Theed? Only part i can think of in that scene is when the flying droid swoops up shot but he doesn’t pass over any fires. Comes close on one frame but not seeing what you mean.

Happy rise of the 5th/Sith!

Oh, thank you! I’ll keep that in mind!

Absolutely, love your ideas and edits and what you’re doing with it all and can’t wait to see the final product!

Are these in Surround sound or Stereo?