If you like vibrant colours and minimal grain then Destiny is for you.

Not that easy buddy. Took a lot of time and a number of settings in Davinci Resolve. And it’s different for each film and depends on how you tonemap the footage. We used the HDR 4k bluray as our main source which is totally different the Bluray.

I’m being constantly bombarded with requests from people to invite them to the SWT forum.

99.9% of the users making these requests have literally just signed up to OT.com and never posted or contributed anything to the discussions on this community.

As such if you are one of these people I’m just going to ignore your request.

trillary dump said:
One, I was offline for a few days. Two, I usually don’t give links to brand new users. Three, starting four new PMs repeatedly asking for a link isn’t going to get you anywhere…

I should really adopt this policy with the Destiny projects.

In short, nowhere near them.

Disney was clearly going for a “look” with the OT. That look being “gritty” I guess?

All three films have been deliberately desaturated and darkened by the colorist. They are much flatter and darker than they should be.

In addition, each film (with the exception maybe of ANH) has a color hue that has been added to it.

For Empire it’s pushed to blue/green, which supposedly makes it look colder (and no this has nothing to do with the debate about how blue Hoth should be its something completely new).

For Jedi it’s pushed to red, which makes Endor look very brown and earthy in comparison to how it has looked in previous releases. Again a deliberate choice of the colorist.

However it’s not all bad news. Generally the shot to shot timing across all films are consistent (with the exception of Empire whose reel 1 is all sorts of fucked up). So a single correction can be applied to each film which vastly improves the color timing and brings it close to how it should look or did look in the theatre (optical printing and print stock color pushes aside).

We’ve already done this for ROTJ Destiny and we’re doing it now for Empire. We’re making improvements to brightness and saturation and removing the hues that have been added. 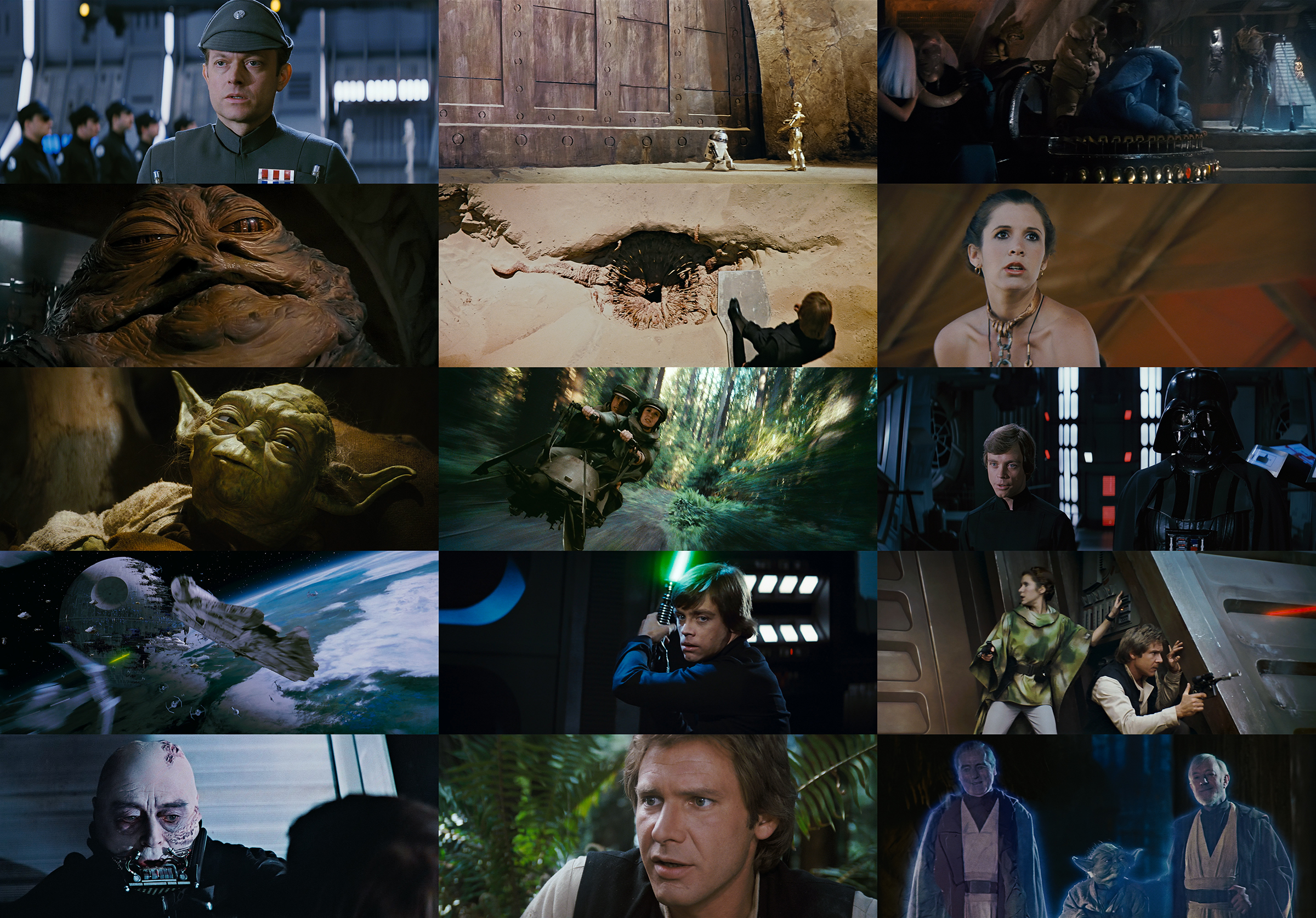 Actually we’re in the middle of Empire and are hoping to have it out before Xmas in which case it’ll be NTSC GOUT synched to work with hairy_hen’s soundtrack.

If a newer version of hairy_hen’s soundtrack comes out post release then it’s easy enough to do another release that syncs with it.

For me it’s really about making sure each film syncs perfectly with the latest hairy_hen soundtrack.

Even the “digital” home video remasters deliberately departed from the theatrical colors to create a specific “aesthetic” to their look.

The 04 and 11SEs, I really don’t know what they we’re going for. Incompetence maybe?

The 1920SEs have gone for a muted and more desaturated look. Empire has a green/blue push introduced, whilst Jedi has a red push making everything look kinda brown. However in these releases there is pretty good shot to shot consistency so you can do a lot with a single color correction to the whole films to improve them.

There is a 97SE scan of Star Wars on swt.com It shows what the theatrical colors of the 97SE Star Wars

A lot of anger there buddy. You should actually take a look to see how grainy it is. It’s pretty minimal.

I’m in the camp of wanting to see grain that is on the negative (which tends to be pretty fine grain) which is how the film was always intended to look.

But I’m not in the camp that loves 4k83 no DNR which has many layers of grain on it from the optical printing process. It’s too much and too distracting for me to enjoy.

Yes many commercial releases have DNR to varying degrees. Typically the aim of this is to reduce picture noise and dirt and not remove grain that was on the negative. Sometimes they fuck it up like on the original Bluray of Predator but for the most part you can see grain on Blurays of any movie that was shot on film. So I really don’t think that you know what you are talking about and that perhaps your anger is misplaced.

In the case of the Disney Star Wars films most of the negative grain has been completely scrubbed off which is because the masters for these 4k releases we’re originally intended for a 3D theatrical conversion.

It looks bad so we added a layer of fine grain to mimic negative grain and to best replicate how a proper restoration would look. It also has the benefit of better matching with the replacement shots which have been DNRd but still have some fine grain.

But hey if a bit of intended grain in movies that are shot on film is enough to make you have “enough with the whole community” then it’s probably best you left anyway.

Don’t be sorry. We appreciate the help.

Sorry mate I wasn’t able to replicate this issue either. PM me and we can try and troubleshoot.

I’ll def fix that. Thanks for pointing out.

We plan to follow the same standard as the 4kxx releases.

That being said the difference between theatrical and GOUT for Jedi is 2 frames in the middle of the film so you wouldn’t notice any issues if you mixed a GOUT synced track into Destiny.

You contributed to it too mate. Your 97SE edit sounds real nice! 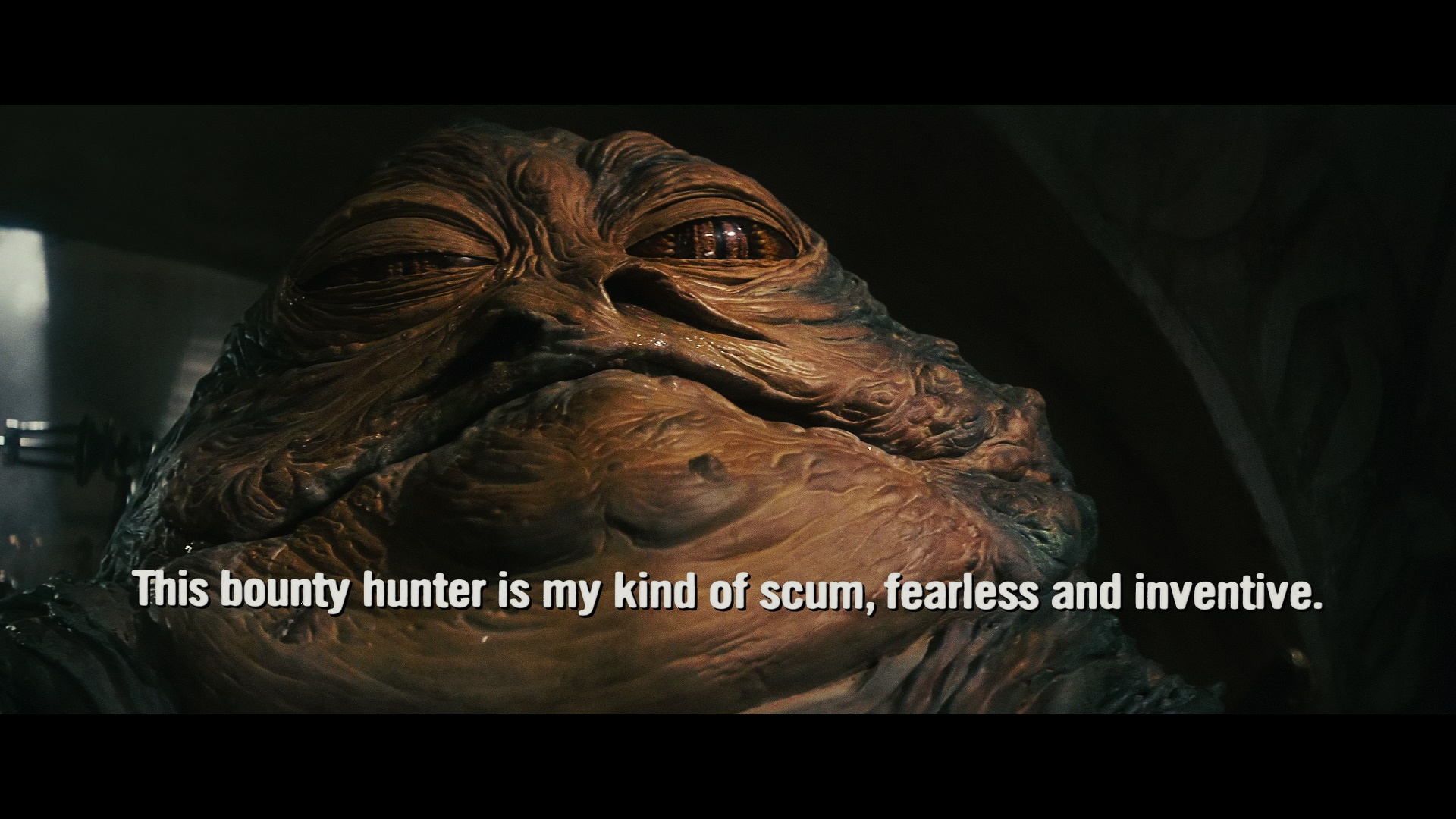 This is the thread for Return of the Jedi: The Destiny Edition by @Nate D and @Stotchy

It is a 4K UHD reconstruction of the theatrical version using the Disney 4K UHD Blu-ray as the main source and despecialized using 4k83 shots from SkyDude’s v.1.2.2 release (also in 4K).

There are two versions of this release available now:

A universal color correction was carried out by @Nate D as well as individual corrections of several shots and scenes throughout the film. His alterations include adjustments made to overall brightness, corrected skin tones, slightly increased saturation, protected highlight details, richer/deeper blacks, and a correction of the “muddy” red composition the Disney colorist applied.

A 35mm film grain layer was added over top of the Disney footage to better match with the 4k83 footage.

We also intend to release “Destiny Editions” of the remaining two films in the OT.

Alien subtitles have been burned in using the original alien subs from the .sup file from Project Threepio.

Special thanks to the following members who contributed directly to the project (in no particular order):

MAY THE FORCE BE WITH YOU
Nate D and Stotchy 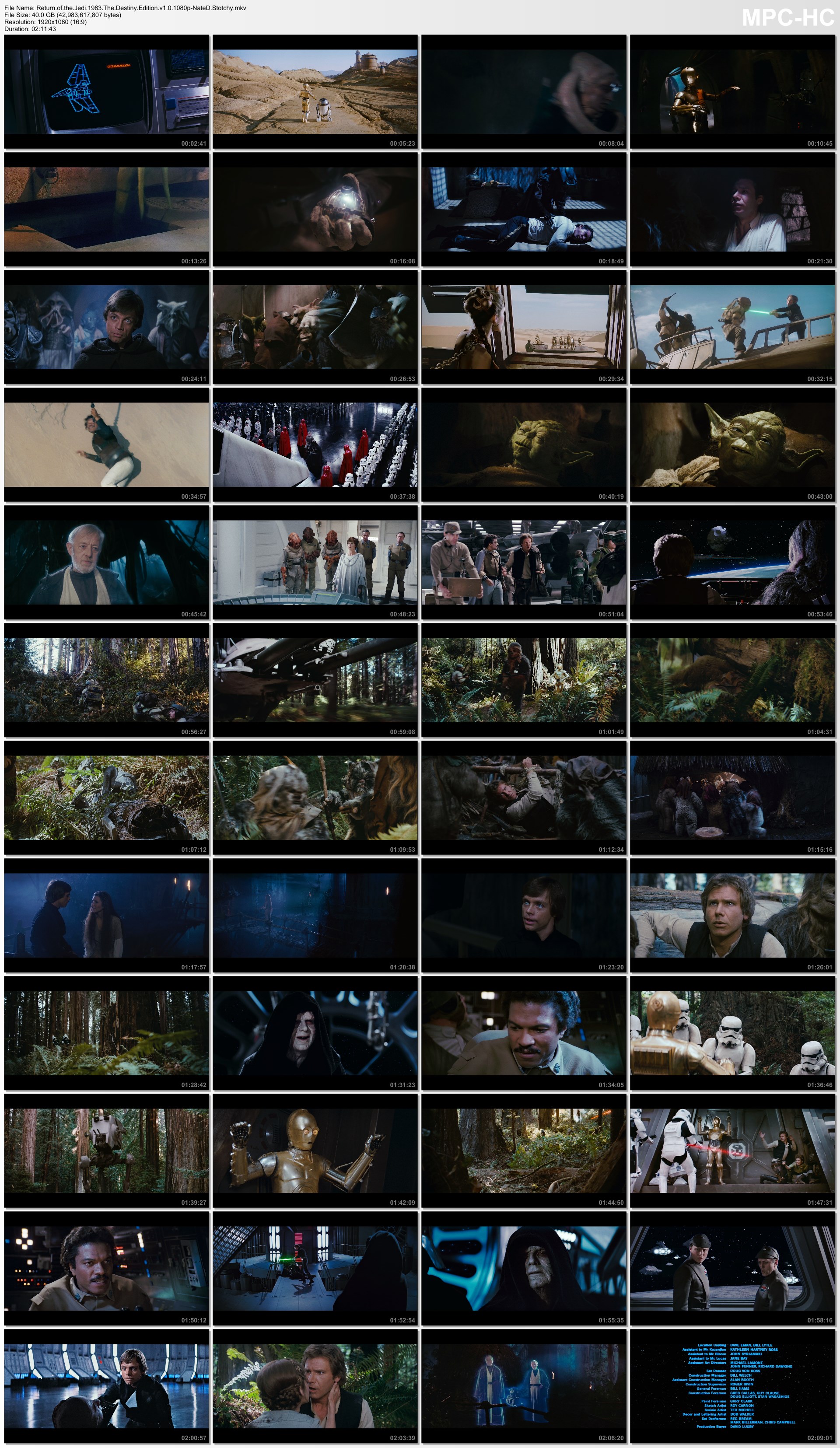