It doesn’t appear to have ever been subtitled unfortunately. You can find it raw easily if you know where to look.

From what I can see, it was only released in Japan on VHS. It remains unreleased on any other format in the country. The copy on Youtube comes from its Polish DVD release which is as far as I know, the uncut Japanese version with Japanese credits. It has no English subtitles but the Japanese audio is there.

I hope y’all do Hunchback of Notre Dame at some point. THat’s my favorite 90s Disney film, and I’d love to revisit it how I saw back in the theater.

I’d like to donate toward this, I’d been meaning to and forgot it was happening.

I recommend using the Italian Dybex Bluray for video. The 4k master is heavily filtered. A go-to using the best audio and video would be great, but the 4k isn’t it imo.

One could rip the laserdisc audio and then sync it to the Bluray, yes. I don’t have the LD but I can look into seeing if anyone has it.

Screencaps of HDR content pulled from disc is not 100% accurate representation of how said content should look when properly played back on an HDR display. Caps are okay for a thin frame of reference and nothing more. 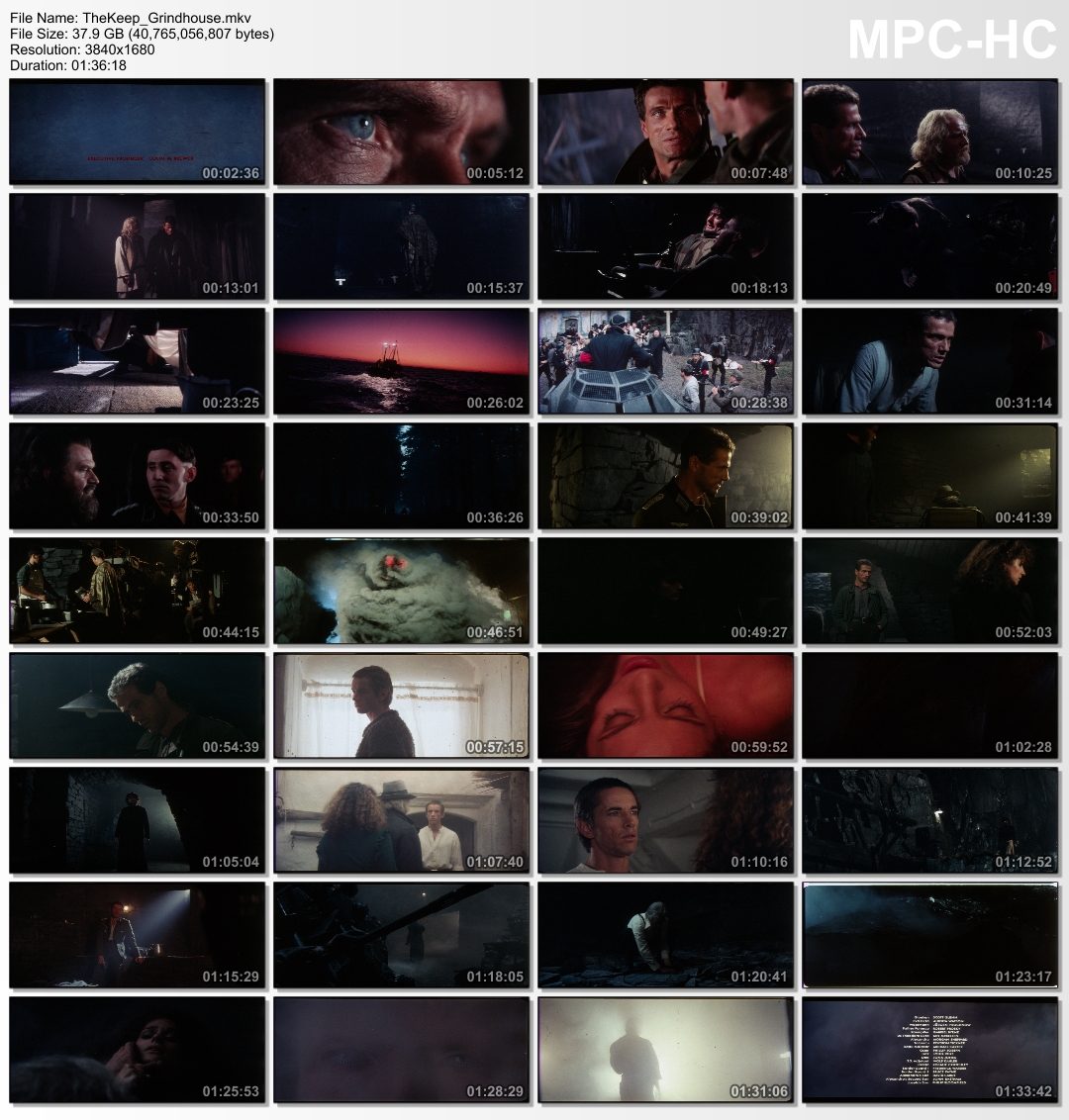 I’d love to check this out! If you’re still taking donations for it or anything else please let me know.

It was this logo btw

That’s just the logo Saul Bass designed which was also used on The Shining and The Exorcist. Very cool!

Still need any cash for this?

I too would like to donate toward it or any related project. I’d love to see this!

I’d like to put $15 towards this! Absolutely elated at the thought of watching a print!

I’d like to donate if it’s not too late!

Not too late at all. How much would you like to donate?

It was shown on one night, it’s highly unlikely anyone managed to record any of it. There’s at least one print out in theater hands who tried showing it once but WB put a can on it. Maybe someday!

I’d like to donate if it’s not too late!

That - at least in that generalization - isn’t true, but a statement rather driven by (somewhat understandable) nostalgia and a breeze of voodoo which is especially famous in the audio sector, where any digital step in between is coming right from the devil himself.

I am quite confident that given the right amount of effort (and money), one could take any “oh so glorious look and feel” of a film print, have it scanned with the very best of scanners, sample it at insane rates, bit depth, color space, precision and whatnot and have it reproduced in a similar - way over the top - method and no one would be able to pass a “blind” test (admittedly a term which doesn’t figure in the best way in this case). Same would be true in the audio domain where a lot cheaper equipment would suffice for people to be unable to distinguish the oh so much natural vinyl sound from its PCM (or even lossy encoded) pendant.

Thus, Disney and others fiddling around with the originals is by far rather a political problem than a technical one.

If I may chip in my two cents, that seems like a mighty steep price to me for an incomplete fading print of a movie that doesn’t seem to have much going for it aside from being an obscure meme with 370 ratings on imdb that average out at 4.6/10. I might be wrong, but I doubt this would go away for more than 100 bucks on ebay.

Accumulated rating scores on a catalogue website means nothing, really. It literally is what it is. If anyone wants to see this movie enough they’ll make it happen.

I’d gladly donate toward a future release for access to these other Disney prints.

Sorry to bump again, but has anyone had any luck syncing this to the 4k disc? I’ve tried it and the timing is all over the place and I lack patience in cutting it all. If anybody has attempted please let me know!

The sepia scenes were lost in a fire. A black and white dupe has been used since and re-colored.

Can you send me a link to the audio please? Thanks!

Has anyone ripped and synced The Shining’s original mono yet? It looks like it’s not gonna be on the new 4k (surprise surprise) and I’m hoping someone’s done it already.

BUMPIN AGAIN!! This needs to happen!

Hey, TheHutt, something I haven’t noticed before, any reason why the movie is window boxed, shouldn’t it take up a full 4x3 monitor on my PC? Also, the end credits for both parts are “jumpy/ interlacey” was the original laser disc like that?

it’s window-boxed because 16x9 televisions are the norm