However, I also posted it in the comments of an article about the Star Wars 40th on the Nerdist Facebook Page (Chris Hardwick) and that one is still there and has a few likes.

I copied and pasted it into a comment on the Star Wars Facebook page, but it appears to have been deleted in seconds.

Time to go rob some graves then. Who’s with me? 😉 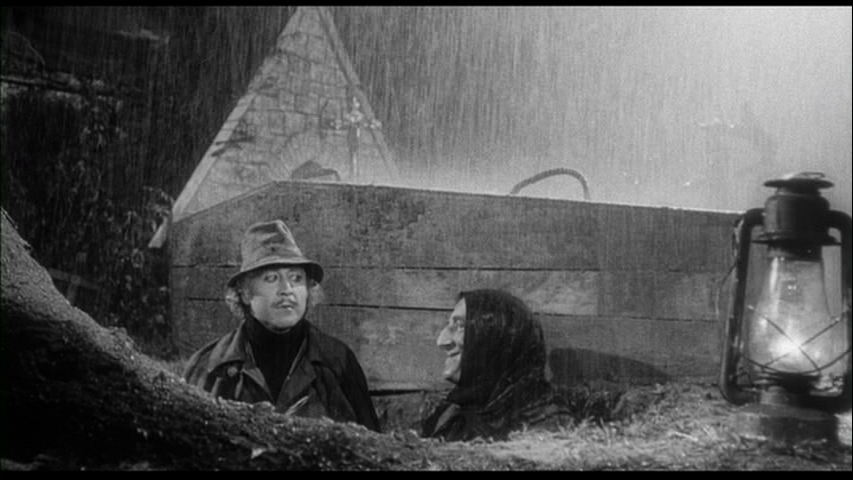 Tomorrow is a new holiday. I’m calling it Despecialized Day.

I don’t think people appreciate what a challenge it was to make The Force Awakens. It could have been a disaster. The first movie after the divisive prequels and now without Lucas and under new Disney management. TFA was exactly what was needed to make things right again. I know some didn’t like it, but sometimes you have to do what is necessary to get where you want to go. It definitely reinvigorated the franchise.

If such a popular movie as Star Wars has had the special editions take the place of the originals, and the general public is barely aware of it, how many other movies out there have had something similar done to them that almost no one is aware of? Exactly how much cinema history has been rewritten or lost? Just because something is less popular doesn’t mean it is less significant.

There has never been a better time for a live action Star Wars show. Look how many comic superhero shows there are. I’d have one mainstream show air on ABC and another less traditional one on Netflix. A well done Star Wars show would surpass both Star Trek and Battlestar Galactica.

Someone should get the Original Trilogy Facebook page going more before the 25th. Some people prefer it to Twitter and you can never have enough shares if you are trying to be heard.

Hearing Lucas speak at Celebration made me wonder if that is the last time we will really see him. He didn’t seem 100%.

When it comes to the general public, I am surprised how many people have no idea there are any changes and that the originals aren’t available,then even more surprised how little they care when I tell them.

While attending Star Wars Celebration and talking to other fans while standing in various lines, I was surprised that none of them cared to even talk about the originals or the possibility of a release.

My Harmy discs become more and more cherished as the years go by.

I can’t believe such an important movie with such a large passionate fan base has ended up like this. It’s like a Twilight Zone episode where I’m the only one who remembers the originals except for a few mysterious people I’ve been communicating with online.

Lucas pretty much succeeded in rewriting history and everyone watched and let him.

I hope they don’t wait till 2020 to even comment about it.

I hope there is some sort of news coverage for this event. I’d love to hear what is said. Hopefully someone in attendance does an interview or writes an article. I wonder what Lucasfilm/Disney thinks about it.

Parents said “No, it’s a scam, end of discussion.”

Did other kids getting their figures in the mail shoot some holes in that argument a tad? 😉

Nope. Their level of cognitive dissonance is high.

They didn’t believe in going to the theater or even renting movies. All of that is a scam. In their opinion, if a movie is worth seeing they will eventually broadcast it on TV for free.

This thread makes me sad.

Parents said “No, it’s a scam, end of discussion.”

George needs to check his ego at the door if that’s true. He could at least follow the philosophy of the very characters he created, and let go of his hate for one night.

This is a once in a lifetime event. It should be about celebrating the people who helped make Star Wars, all of them.

How many of these people will even still be around for the 50th?

I can’t believe David Prowse wasn’t at the 40th Anniversary Panel at Star Wars Celebration. George doesn’t care about anything but his own interpretations of things. He has rewritten history in his mind and that is his reality. I feel sorry for him. I wish he could be more like Stan Lee and enjoying this great time instead of making things awkward with his delusions.

Hope there is a live stream and plenty of Original Unaltered Trilogy talk.

If someone painted a picture of a turd (prequels), it might actually be a decent painting of a turd, but if you wiped poop all over the Mona Lisa (Original Trilogy), it wouldn’t be the same. It would make it much worse.

I like what Rey is eating at Maz’s place. Not sure I’m up for blue bantha milk.

So why does Lucasfilm know about his restoration if he doesn’t plan on releasing it?

Because he told them about it, probably.
Mike has done contract work on a few projects for Lucasfilm and Disney over the years and has many contacts there. He has always been open about Legacy and the fact that he wasn’t going to release it is precisely why he was able to obtain such good sources.

His plan after finishing the work was to set up a screening for executives with the hope that one day it might be actually used for a release. He last stated in November that he had found “the guy” at Disney and through those conversations was connected with “the guy” at Fox with tentative plans for a screening in late February.

And yes, he has good sources but he also developed new techniques to combine information together from his multiple sources, so his restoration is most definitely the best SW has ever looked.

So one of the reasons why he has access to the sources that he does is because he informed Lucasfilm of what he was doing?

have you read Mike Verta’s thread? i feel like most of this is covered there. Granted, its a really long thread. but better to read it from the source, then have it all reposted here.

The fandom is more fractured now than before the new films.

I don’t think so. I think the vast majority are loving it. It’s just a very vocal minority who are unhappy.

The Force Awakens is awesome. Rey is awesome. If you don’t like it I’m sorry for you. I felt that way during the prequel days. The Force Awakens definitely has a plot and perfectly set up the next movie. I am interested to find out more about all the wonderful new characters in The Last Jedi. I’m looking forward to seeing Kelly Marie Tran’s new character and catching up with Luke Skywalker. It’s an absolutely amazing time to be a Star Wars fan. There is something for everyone. As for me, I am loving all of it.

“I lost total credibility with the public because I lie all the time.” -Mark Hamill

I guess the answer is that Rey must have more midichlorians.

Everything went right for Luke in Star Wars. He learned the Force, joined the Rebellion, blew up the Death Star, and got a medal. Almost everything went wrong for him in The a Empire a Strikes Back. He got shot down in his snowspeeder, crashed his X-wing in a slimy mudhole, his friend got frozen in carbonate, got his hand cut off, and found out Vader is his father.

I think it will bet the same with Rey. She was large and in charge for TFA, but I bet she has some serious setbacks in store for TLJ. I think that tone contributes greatly to how popular TESB is.

It’s just so unbelievable in The Empire a Strikes back when Luke makes the lighsaber come to him in the wampa’s cave. I mean, he didn’t see anyone do that and wasn’t trained on it by Obi Wan. I wonder why they decided to make him so overpowered?