“As you wish!” (said in my best Jason Wingreen accent) 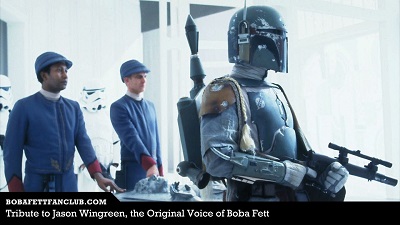 ‘Tribute to Jason Wingreen, the Original Voice of Boba Fett’:-

www.youtube.com/watch?v=I4UYzn0KGM0 - a 26 second video from 2016, at the Boba Fett Fan Club youtube channel. 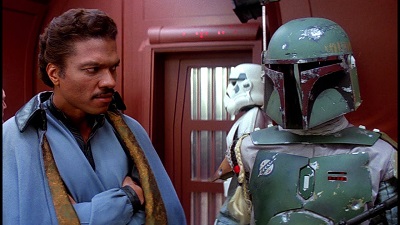 ‘Every Boba Fett scene from the STAR WARS trilogy, as he was portrayed by Jeremy Bulloch and the late Jason Wingreen.’ 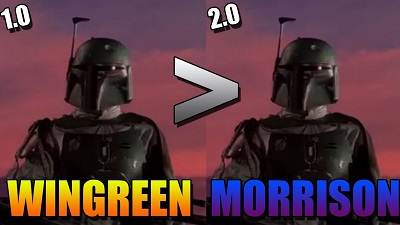 www.youtube.com/watch?v=41jxMmC-COk - a 5 minute video from 2020, at the The Corellian Connection youtube channel.

'Despite his mere total of 4 lines in the Empire Strikes Back, Bob Fett has become one of the most beloved characters in Star Wars; truly an icon. Fett was originally voiced by American actor Jason Wingreen. George Lucas later had Fett’s lines redubbed by New Zealand actor Temuera Morrison; the actor who played Jango Fett in Attack of the Clones.

While I understand why Lucas decided to make this change, and personally think Morrison would be the perfect cast for any cold blooded bounty hunter, I ultimately do not agree with it. While I do greatly prefer the aesthetic of Wingreen’s lines, I actually believe that the change does not make canonical sense.

In this video, I discuss why I think changing Fett’s voice from Wingreen to Morrison is both unnecessary and ultimately inconsistent with what we know about the Star Wars universe and real world accent development.’ 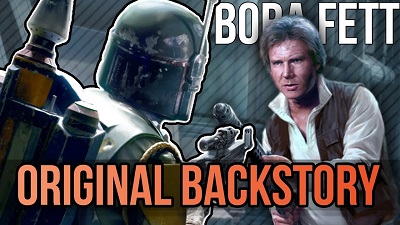 www.youtube.com/watch?v=-ALIf0y3Etw - a 7 minute video from 2017, at the EckhartsLadder youtube channel.

'Before the Star Wars Prequels, and the revelation that Boba Fett is a clone of his father, Jango Fett, the Star Wars Legends Expanded Universe had a created backstory for the galaxy’s most famous bounty hunter.

Where did Boba Fett come from? Was he always intended to be a Mandalorian? Was he always a clone? Find out on today’s Star Wars Lore Episode which examines the Star Wars Tales of the Bounty Hunters Short Stories Collection. 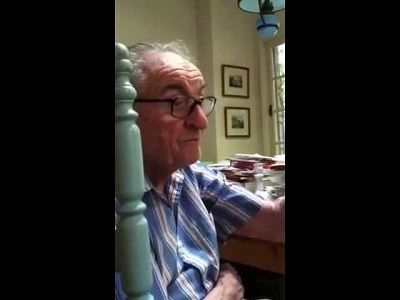 Did anyone see the new “Under The Helmet: The Legacy of Boba Fett” short documentary recently released on Disney+?

This was billed as:

“Explore the history of the legendary bounty hunter in Under the Helmet: The Legacy of Boba Fett, an Original Documentary Special now streaming on @DisneyPlus.”

Well, they did the dirty on Jason Wingreen in this documentary.

There is not a single mention of him at all in it.

It was like Jason Wingreen’s role in Empire Strikes Back, his distinct and awe inspiring voice as Boba, never happened.

Everyone else seems to be in the documentary, gets a mention, some screen time, a nod, some archive footage.

There is even a great emotional segment in the “Under The Helmet” with archive footage of Jeremy Bulloch (RIP). Plus mentions of Duwayne Dunham in the Boba suit testing it out, and later on at the Marin County Fair. Joe Johnston, Lucas himself also appear in it, as do Daniel Logan, Temuera, Kathleen Kennedy, Dave Filoni, Ben Burtt and Steve Sansweet.

I found the documentary a fine enjoyable watch (other than completely ignoring Wingreen’s role as the voice of Fett).

But the decision to omit Jason Wingreen from this doc, without one single mention, is a poor and erroneous attempt at re-writing history from Lucasfilm, and also the actor’s contribution to the Original Trilogy.

For anyone who does not know of Jason Wingreen voice work in Empire Strikes Back, here is a video of his lines as Boba Fett: 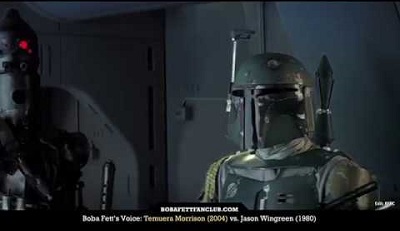 Sorry, I did not see Jason already posted videos on this in The random YouTube / Vimeo etc video thread for the Original Trilogy

Is that just for the 10 year celebration, or something else? Please be the new film or trilogy!

Darth Malgus is on the cover of the December issue of Star Wars Insider, cool to see the TOR era not forgotten.

Some of the more reputable sites and YouTubers think there could be something to it:

A KOTOR movie, or KOTOR Trilogy
A Maul series (animated?)
some updates, teasers or BTS footage for some of the new series and films announced last year

An Old Republic movie would be cool to see!

A Maul series wouldn’t interest me, unless it was a limited series and had a new story, something connected to other new series, maybe the crime lord gangs in Book Of Boba Fett.

Oh what could have been! It is only DOTF concept art, and nearly all of the concept art for Star Wars looks amazing, but these videos really highlight the art and possible DOTF story and potential:

Would Duel of the Fates have been better than The Rise of Skywalker? | Script & Concept Art Leak by Hello Greedo

That is a disappointment. I was hoping for a proper new cool LEGO game for the consoles and pc. To buy and not rent too.

I do hope there’ll be more games to play after the Lego Skywalker Saga on the consoles and pc.

We’ll have to just make do with even more “limited edition” merchandise to mark Lucasfilm’s 50th anniversary. Scalpers rejoice!

I fully agree with you.
In my life i have learned to take things as they are given to me. And Star Wars has so many facets, each of which has its own charm.

For years fans of the original cuts of the Trilogy were told we were lesser fans of Star Wars for not accepting or wanting the Special Editions. Or for not liking the Prequels because they contradicted the Original Trilogy.

Now some super fans try to make others feel lesser because they like the Sequels or the newer book and comics. As if attacking others makes them better Star Wars fans, or their views and favourite Star Wars content is better for doing so. 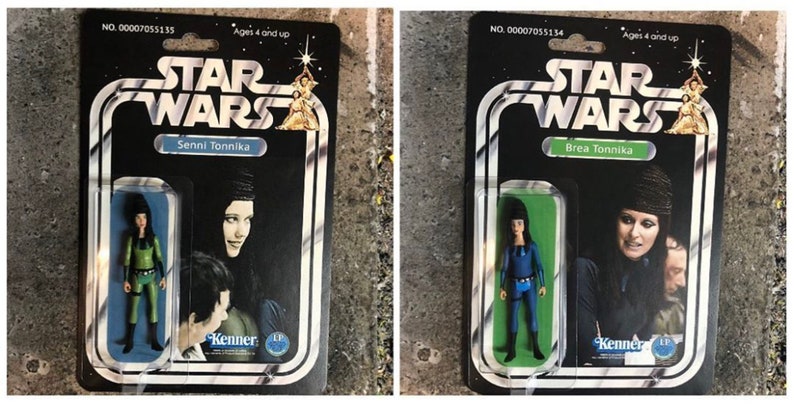 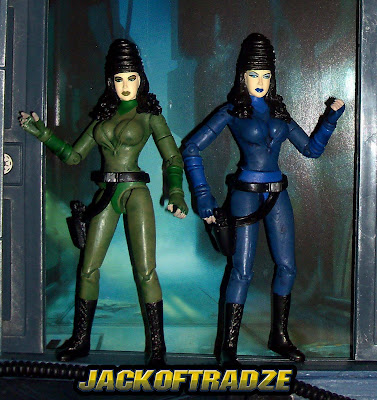 Thankyou for the reply and explanation, and I’ll try and come up with some ideas for more topics.

Edit - perhaps include this?

Jason Wingreen, disintegrated from history by Lucasfilm, for their new doc on Boba Fett

I think the opposite. As even if George had made the Sequels back in the 80’s they would be vastly different to what Disney gave us.

“If the first trilogy is social and political and talks about how society evolves, Star Wars is more about personal growth and self realization, and the third deals with moral and philosophical problems… The sequel is about Jedi knighthood, justice, confrontation, and passing on what you have learned.”

A quote from George in the 80’s. He always viewed each trilogy as being different from the last but interconnected.

If the above quote is from the “Icons: Intimate Portraits” book, then it is worth mentioning that George Lucas only refers to the possibility of there being Sequels as a vague notion in his mind.

In a 1997 issue of the “Star Wars Insider”, Lucas said “[The whole story has] six episodes…If I ever went beyond that, it would be something that was made up. I really don’t have any notion other than ‘Gee, it would be interesting to do Luke Skywalker later on.’ It wouldn’t be part of the main story, but a sequel to this thing.”

In a 1999 interview with “Vanity Fair”, Lucas denied ever having any plans to make nine “Star Wars” movies. “When you see it in six parts, you’ll understand”, Lucas said at the time. “It really ends at part six.”

There are more similar quotes from George. It really can be difficult to take George’s words as fact at times.

Maybe, at best Lucas’ quote of "I really don’t have any notion other than “Gee, it would be interesting to do Luke Skywalker later on.’ It wouldn’t be part of the main story, but a sequel to this thing.” has been incorrectly misconstrued as being his outline for his Sequel Trilogy? Because in Lucas’ own words they are not part of the main story, but may be an idea for a possible sequel or continuation of Luke’s own personal story.

I might get it printed in the future. What do you think?

This is beautiful! It has the look and quality of an official release.

I love this library thread, it is rare to find information like this in one collection, without it becoming toxic, an argument or a personal attack on Lucas!

But I did notice that there are 2 very similar subject categories in here about the 1997 se:

I thought I would mention this just in case it has been overlooked. It it not meant to be criticism.

Why would you not?
It is very helpful for everyone to have all the releases listed and updated in one thread.
Thankyou Rodney-2187

ZkinandBonez posted about Nick Maley’s YouTube channel in the Random Videos thread, but I also think it is a must for including in this awesome thread too.

I hope I get this right:

‘Movie making: STAR WARS and more, from a guy who was actually there!’

Wikipedia bio: Nick Maley is a special effects make-up artist known for his work on Yoda in the Star Wars film series. He has worked on a total of 53 films including Superman, Highlander, and Krull. He is sometimes referred to as "That Yoda Guy” for his work on the creation of Yoda for Star Wars: Episode V - The Empire Strikes Back. He was nominated for an Emmy Award for his work on the 1982 film The Hunchback of Notre Dame. He now operates the “That Yoda Guy Movie Exhibit” (formerly called “Planet Paradise”) on the Dutch side of Sint Maarten in the Caribbean. His museum houses many pieces of movie memorabilia spanning almost nine decades of film. He uses his museum as a front for his non-profit foundation, encouraging kids to follow their dreams. 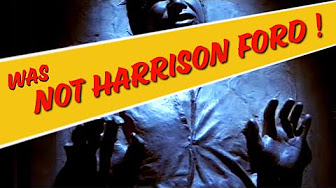 The blurb:
“Nick Maley, the last person living who cast Harrison Ford for Han in Carbonite in 1979, tells the inside story… with a surprise! From The Yoda Guy Movie Exhibit in St Maarten.”

I did not know Nick Maley even had a YouTube channel! There looks to be some awesome content on it.

I thought I read somewhere that Kasdan has had enough of Star Wars and wanted to do other things? I’m happy he has changed his mind. This could be be a welcome documentary series from someone actually there at the time.

I remember the first 2005 Star Wars Lego game to be my favorite thing about the whole Prequel Trilogy. It was such a fun and addictive game with a good chunk of humor.

I’ll have to check it out again one day for the PC as there is no chance the old PS is still working.

Bookings for this hotel are from the end of October and the hotel open in March 2022.

Is anyone going from here?

It would certainly be interesting to see some reviews or video footage from guests, given many of us would probably not be able to afford it, or if we could we’d spend the money elsewhere.