I debated about posting anything. I was hoping matters would eventually be resolved. When it appeared they wouldn’t, I waited to see if the mods would make an announcement or oojason himself would post something.

It seemed wrong to not acknowledge it at all, and since oojason said he didn’t mind if I posted his message, I started a thread for it so everyone could start talking openly.

I’m relatively new here, and I don’t know what happened before, but I’ve always felt there is an underlying tension I don’t understand, though I’ve never had any trouble with anyone.

All I can say is oojason was one of the first to reach out and make me feel welcome. I’ve always found him articulate, knowledgeable, and helpful. We have different tastes and don’t always agree on everything, but I consider him a friend. When I look at all the work he’s done around here, I can’t help but feel he will be sorely missed.

None of us can see the future. Maybe he will return one day. Until then, may the Force be with you, oojason.

These releases will soon leak be announced on other sites soon, it is likely worth checking our own Amazon stores for more details of the content?

Has there been any more news on these releases in France?

It would be surprising if the content were different to previous 2020 disc releases. But here’s hoping. Lucasfilm loves a lazy repackaged re-release. Like canofhumdingers posted above, they can’t even get an OT image of Vader on the front of an OT boxset!

God speed and much happiness to you, you Scouse-Midland sounding loon!

… I know I’m going to feel his absence on OT.com.

I think we all will.

I do hope oojason comes back, and some of us have tried talking him back on here. Unfortunately it seems there is no way he is returning here again. 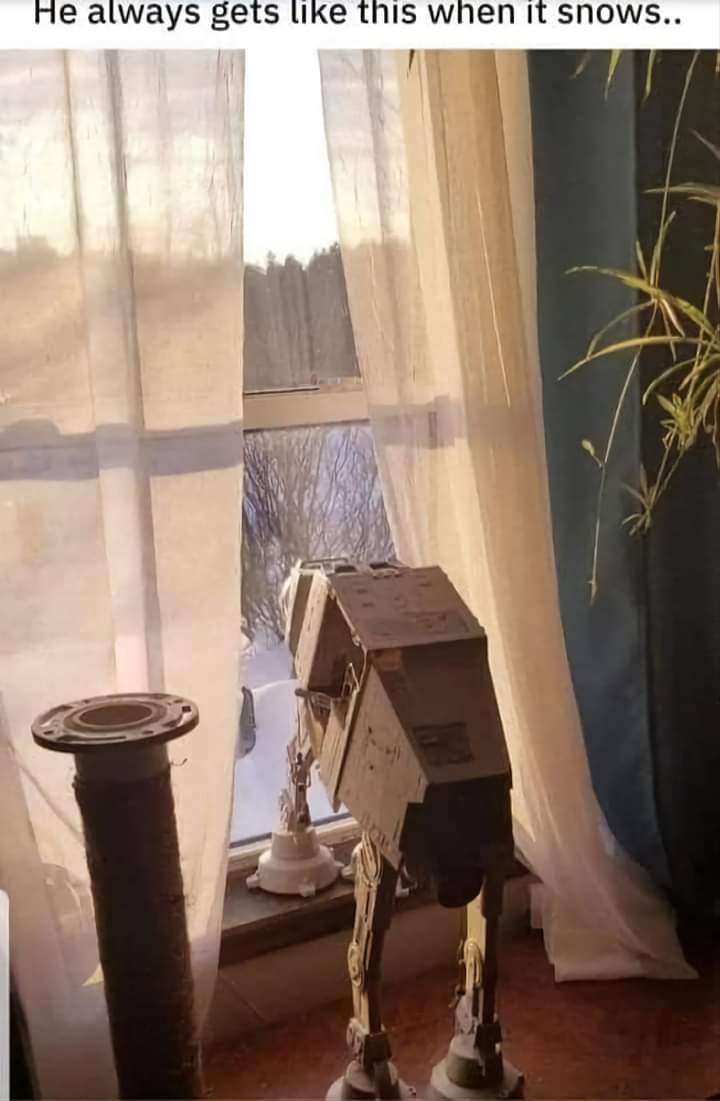 I’m very curious as to how Darth Maul would be portrayed as the “Godfather of Crime”. It sounds like such an interesting hook with the fall of the Hutts and Empire. It only makes sense that someone would try exploiting it to gain control over the Republic which is still very much rebuilding. I’m curious how he’d go about trying to exploit it and everything. We know bits and pieces but not enough to know anything definitive.

What does everyone have in mind for what this would look like?

Boba Fett being a crimelord makes more sense now, lol. The story that at one time, at the filming of Empire, Fett was planned to be the main bad guy for Return Of The Jedi seems cool. With the Emperor planned to be featured in the Sequel Trilogy.

He meant human heroes killing many human villains. They very purposely didn’t do it much after A New Hope. It became mainly faceless and non human characters in the later films.

No, he didn’t. As I quoted George again in my post:

The facts in the “movies” (plural) themselves prove they also did do this after Star Wars (1977).

George forgets the title of his films are “Star Wars”, and also the more bloodshed content in them.
He wants to play down some of the violence in them as he aged, had a family, and maybe wants to leave a moral legacy behind.
Looking for justifications for his retcons and false claims is not new to him.

I will not derail your thread further as this is about the many differing and changing incarnations of his Sequel Trilogy, including the times George said they did not exist and never existed, other than his previous vague claims and ideas.

“When writing the movies, I tried to make sure that aliens and droids got killed, but not people.”

No, George didn’t imply that at all. He clearly states:-

The way George says it in the at interview is that it is okay to kill aliens or clones, as they are not people. Which is not great either.

Edit: I see NeverarGreat already talked about it earlier in the thread:-

This is so strange to me. Are aliens and clones not people to George? Besides, what about everyone Luke blew up with the Death Star? I guess as long as we don’t see their faces, their death doesn’t count. And what about the good dozen Rebels gunned down by Stormtroopers in the first scene, or Captain Antilles who had his neck crushed, or crispy Owen and Beru…

I agree. To the point of it being sad when George continually attempts to do this type of thing.

Johann is correct - if George released everything he has put down on paper about the Sequels since the 1970s it would need to be fact checked or cross referenced to be believed (and also checked for retcons as well).

Awesome trailer! This looks so good 😃 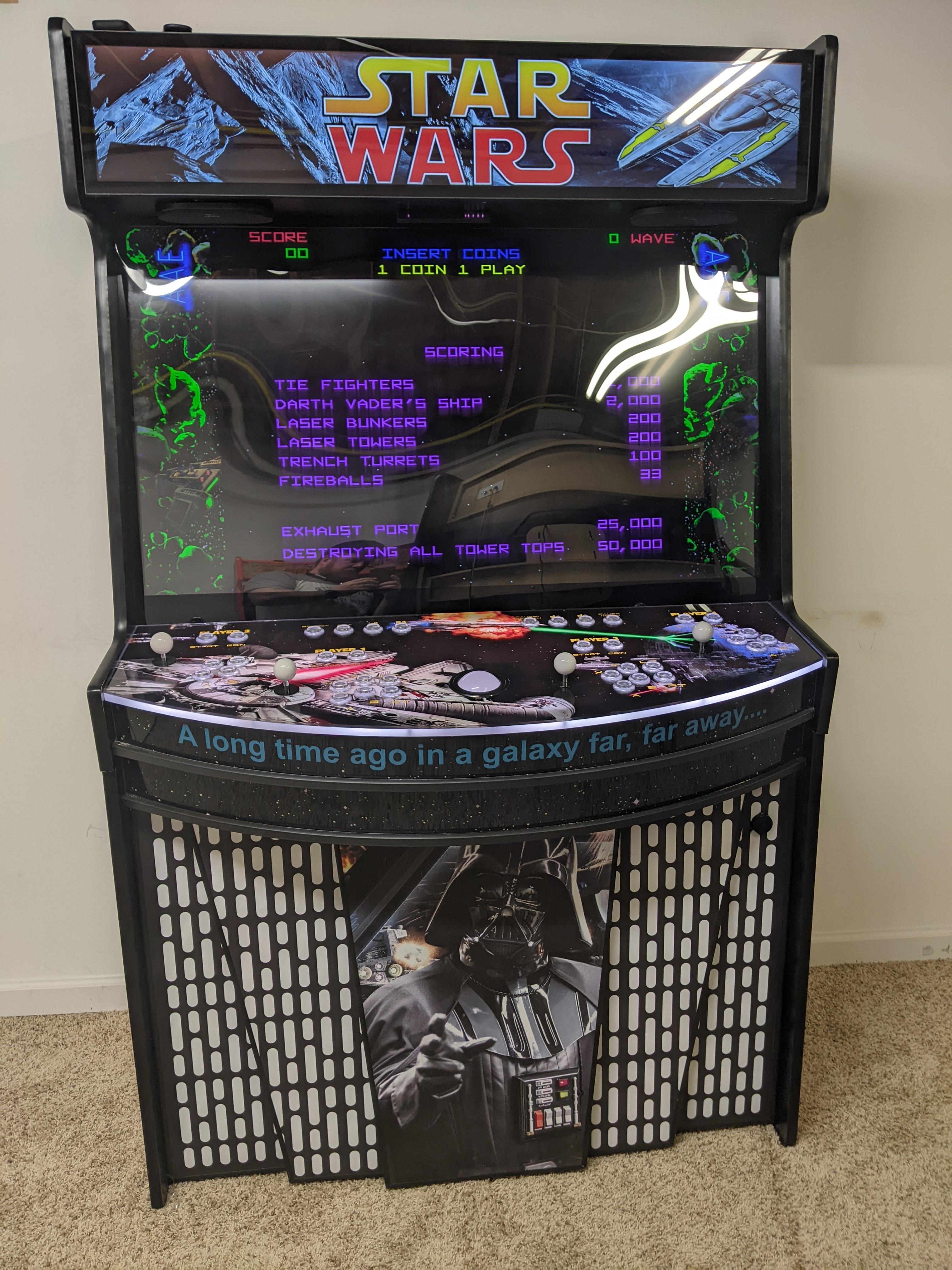 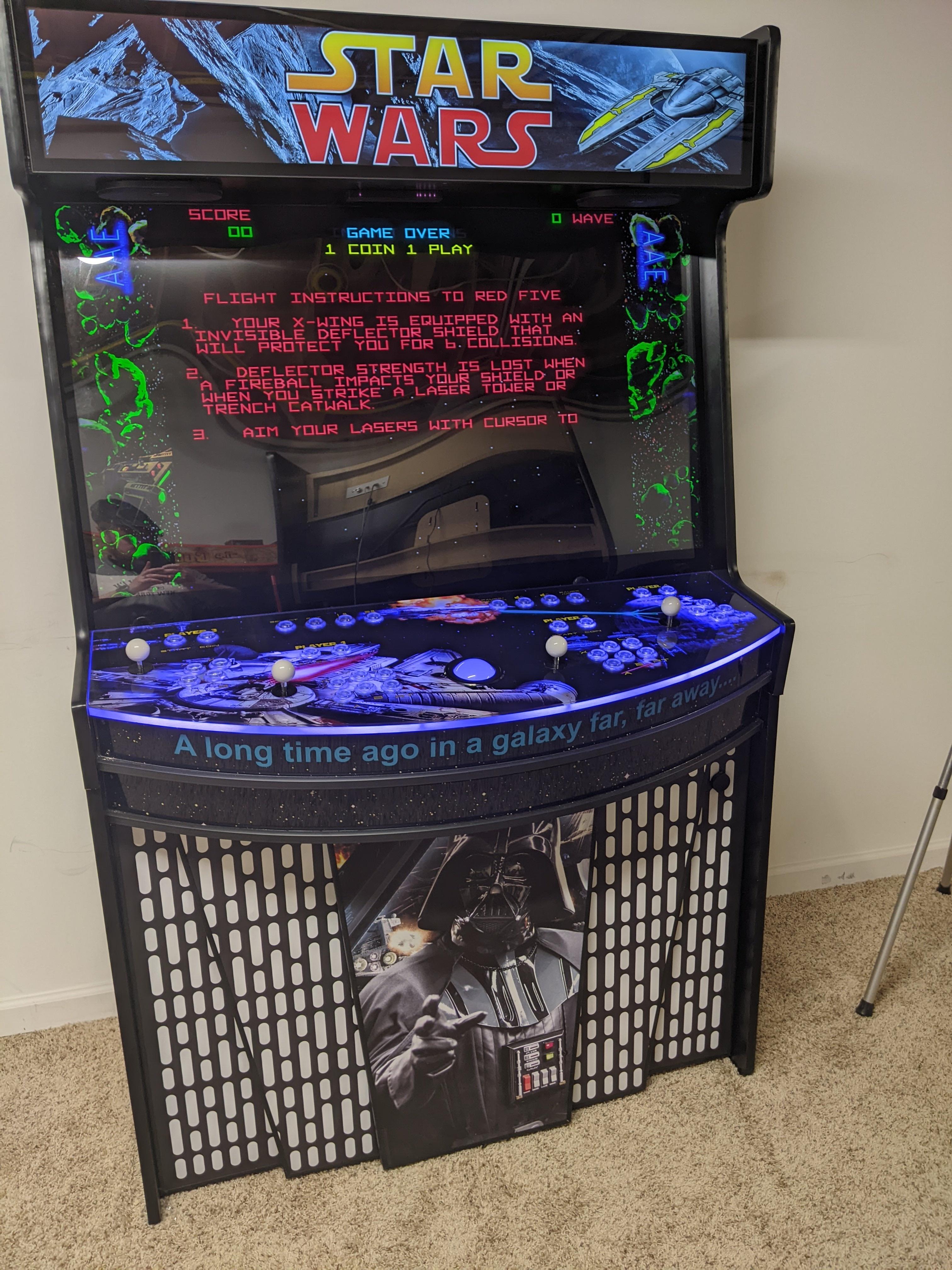 more images and videos at https://imgur.com/gallery/86EXV3r

Looks stunning and should play well going on the pc specifications!

The JarJar item in the OP is a great call. 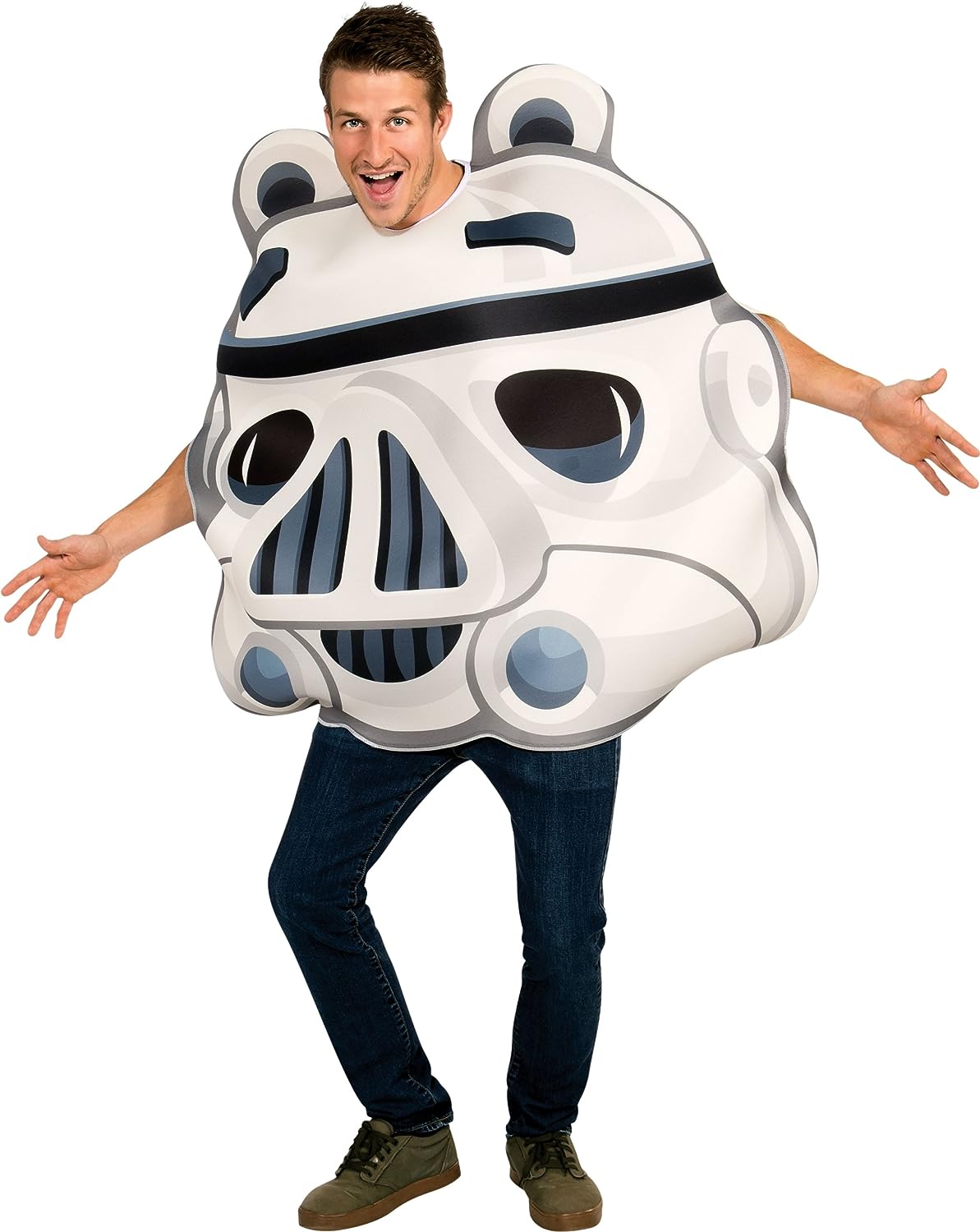 For young kids sure. For adults? That is so bad. Just why? Never mind it costs $75!

It is mad, fun, highly stylized, and is canon (before Disney said it wasn’t in 2012, which doesn’t mean much to me). It also feels very Star Wars, despite not being anything like it in that universe before. It is not for all tastes, but that is okay too.

I think Tartakovsky did an awesome job with the series, and is a bit of shame we had to wait until the recent Star Wars: Visions anthology series to see anything this different again.

I do like watching the SWHS sometimes. The 2 Ewok movies as well, but I find it difficult to give all three any ratings.

I think I am more excited for this than I am for Christmas!

I would have gone with R2D2’s dialogue for this thread, but as it is obviously pure filth, I went with Chewbacca instead!

The features on Episode Nothing and Star Wars at the Movies are awesome! I hope they both do a feature on Return Of The Jedi at the 1984 Oscars.

Sorry for the bump, but thought it worth mentioning ‘Prince Xizor is Canon Again!’:

He was mentioned in the recent Crimson Reign comic by Charles Soule.

At this point they may as well make ‘Legends’ the old EU again! More Black Sun is very welcome too.

IF you can actually get them at a good deal, go for it.

On eBay they still go for quite a bit, $20-30 each or $60 for the set, plus shipping. More $ than nearly all the other regular DVD & bluray releases.

Star Wars: the Old Republic Expansion ‘Legacy Of The Sith’ Delayed to 2022:

This is so disappointing, but I know it will be worth the wait. They took the feedback from the public test server well and are working to improve it even more.

The official promo video for the Galactic Starcruiser hotel from Disney for the has been taken down after only a few days, by Disney themselves! Likely due to the poor reception of video itself, and what it was showing of hotel, which looked very cheap, boring and not very StarWarsy, especially for the prices they are charging.

Some of it looked like poorly done Star Trek, or some generic scifi show.

EckhartsLadder did a 10 minute video on the official promo video here:

The official promo video from Disney was here:

and can now be found here:

It probably been uploaded elsewhere too online!

I haven’t, though would like to if the buildings used for filming are still intact.

There are some other threads (in the index for ‘Original Trilogy’) for film settings in Tunisia:

Save the Lars Homestead - https://originaltrilogy.com/topic/Save-the-Lars-Homestead/id/11803

Hello Greedo did this video on some in 2017 - https://www.youtube.com/watch?v=jQS5lKO1XBc

and there are a lot of articles on the film locations - https://www.roadaffair.com/star-wars-filming-locations

It looks a cool country to go to.

It was simply a bit of fun on Vader’s line to Boba in Empire Strikes Back: “No disintegrations!”.

No aggression was meant by it.

Not sure what is expected from this topic then, people just crying about the fact what has happened? Yes, it’s sad and probably everyone agrees, but not surprising since he hasn’t been in the official version for 17 years.

Sorry, your point holds no water. Duwayne Dunham has not tested the Boba suit since the 1970’s, but he got a mention and interview in this documentary. Nearly everyone from the 1970’s and 1980’s connected to Boba did.

But not Jason Wingreen, the distinct voice of Boba Fett, for 24 years. That is surprising in an official “legacy documentary” on the history of Boba Fett.

I thought this forum is for also about talking about the changes to the Original Trilogy, and what changes are being made to the history of Star Wars in official releases, like this documentary? I made the thread because I thought it was something that is interesting to us on here. I am mistaken, and will not make a thread again.

Also, nobody is “crying” in here.

For some reason I mistakenly thought we may be getting Andor straight after Boba Fett, followed immediately by the Kenobi series.

Probably not much in the way of trailers or behind the scenes content for some time now too. Damn. At least Boba Fett is not too far away now.

‘Star Wars Announcements and Trailers Not Expected at D23 This Weekend’

"While some might be hoping Disney will blow our minds with new Star Wars announcements or footage at D23 this weekend, the event program suggests this will not be the case.

In a weekend packed with different presentations, the only Star Wars-specific one is “World Building for Star Wars: Galactic Cruiser” on Saturday 20 November, discussing the new Star Wars-themed hotel opening in Disney parks next year.

The presentation will be hosted by Ashley Eckstein and should provide some interesting insight into the stories behind the hotel and its place in the Star Wars galaxy. However, it might not hold much interest to those who don’t currently plan to stay there, which is understandable considering its exorbitant prices."

How disappointing. But I do hope they are as wrong on this as they were about all the content they said we were getting on Disney Day!

Just amazing. I have no other words for this. 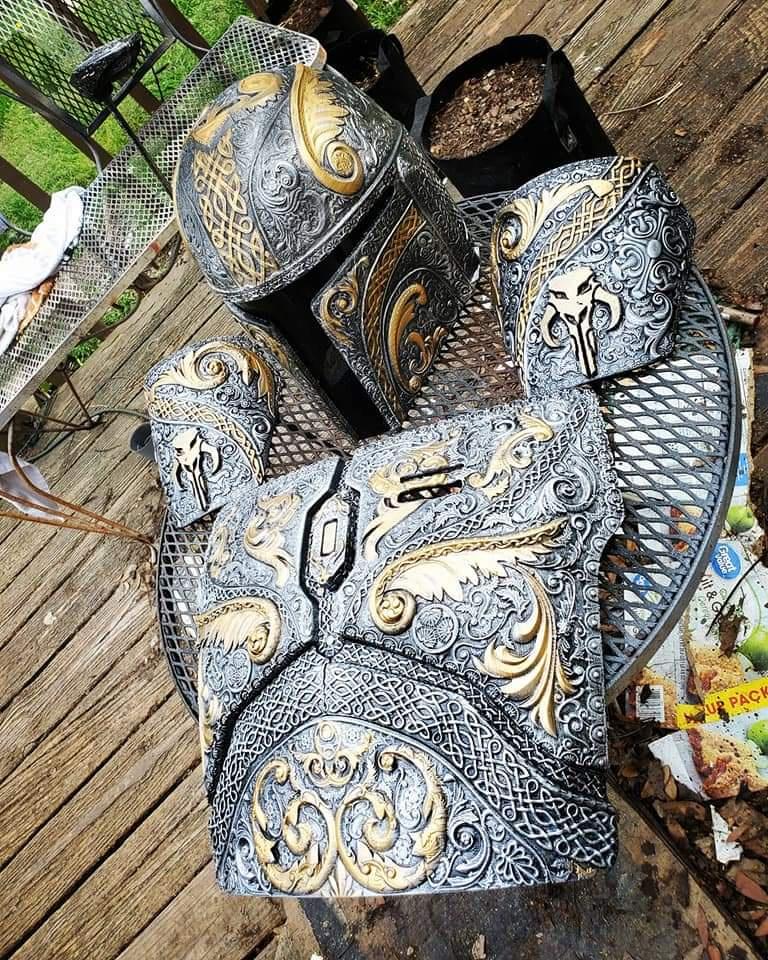 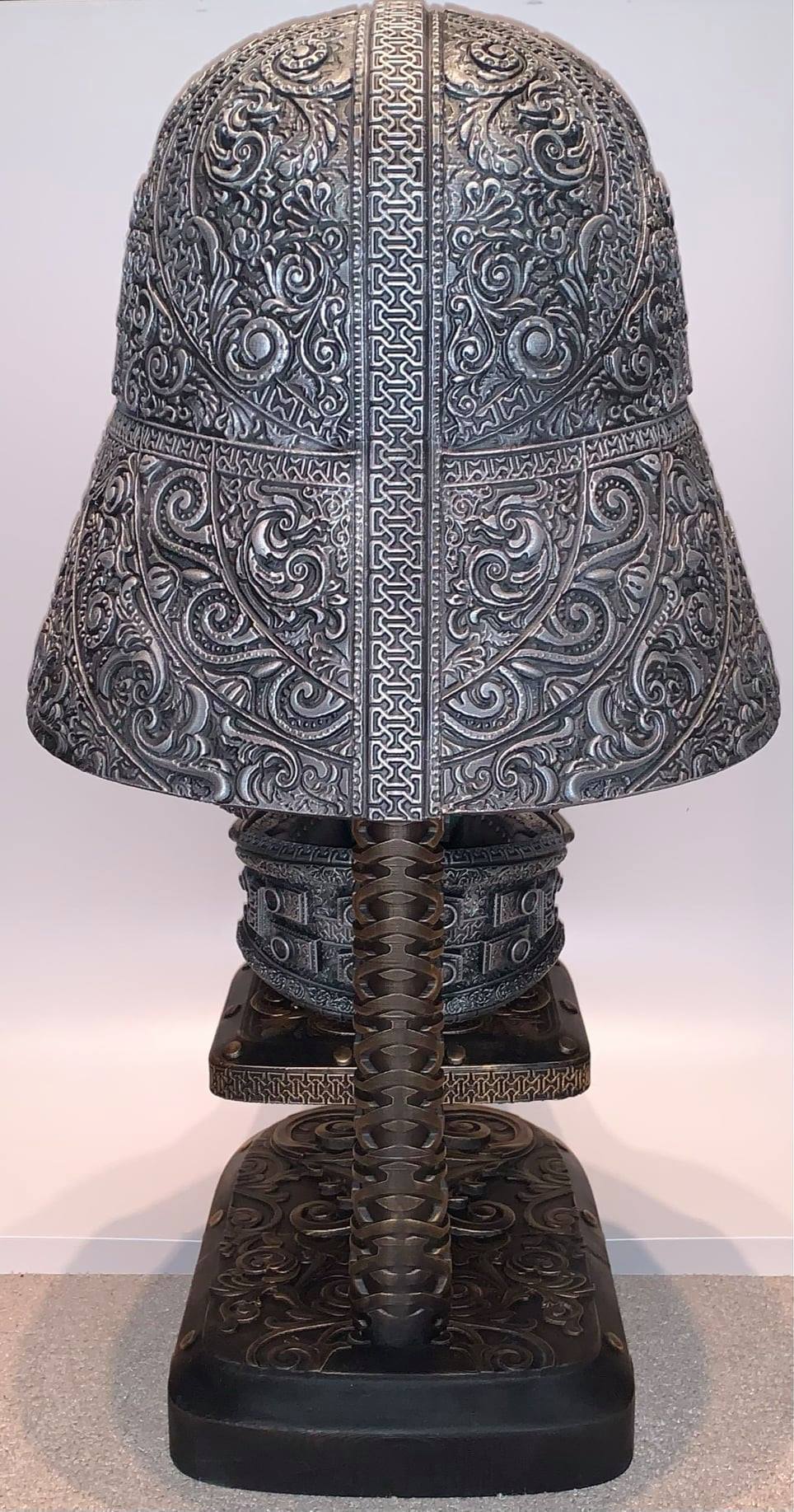 More images and different franchises in the gallery: https://imgur.com/gallery/D1wtRWh

by Eisenfaust3DPrints. “For those of you who would like your own, I do sell them! www.eisenfaust3dprints.ca”