Would a Netflix capture or the iTunes release be higher quality?

I imagine the 4K Dolby Vision iTunes release is going to beat it out. I don’t think there’s a need to preserve the Netflix version.

Yes, I can’t think of an iTunes copy that shifts aspect ratios for any movie. I can confirm TDK personally though.

So I’ve finally aquired the German iTunes version of Infinity War. The movie is opened up to 1.78:1 and unfortunately some image information is lost on the side but it’s the closest we’re going to get to IMAX. This is sourced from iTunes so the quality isn’t that good and I plan on doing what Adywan did for the Star Wars: The Force Awakens Jakku scene that was in the IMAX ratio. All I need to know is HOW he did it. I have a rip of the blu ray at my ready and plan to overlay the blu ray over the iTunes version. If anyone here knows how to do this that would be great. I have adobe premiere pro, and if I can do it in that software without loosing quality that would be fantastic!
Thanks!
-Dylan

Edit: This is an example of what I need to do: 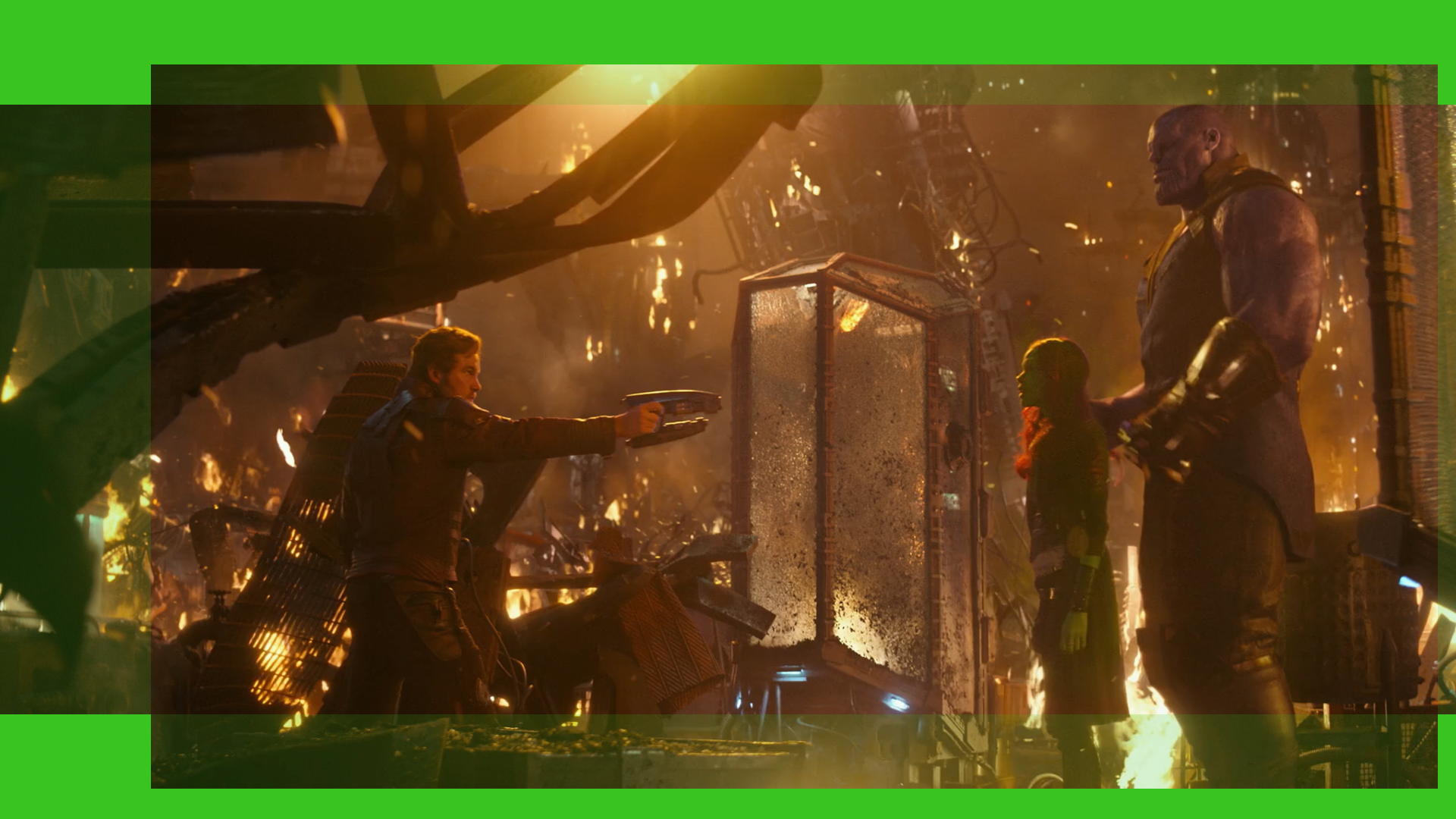 Edit 1/24/18:
Work has stalled on this project for a while now, and I just wanted to give the few people that asked me about this an update. I have to focus on school and work and so I won’t be able to work on it as of now. Hopefully in the summer though!

I spent so much time trying to get the russian imax version and when I did, it was 2.39:1. I think they removed the imax edition.

So any update on this project? The idea was awesome!

Is anyone still working on this?

…except that I very much liked the girl I went to see it with.

Did you try to demux your 3D BR with eac3to (eac3to x:\path\movie.mpls -demux) ?

Nope, I’ll try that as soon as I have access to my 3D Blu Ray drive, thanks!

Yeah, I unfortunately don’t have enough hard drive space to complete this project. I need to buy a new hard drive to get this done.

Ok, so I got the 4K Blu-Ray, and the Dolby vision and the Dolby Atmos are really good IMO! The color is somewhat muted (which was my experience in the cinema, but I thought it was just because of the projector) which took me a little while to get used to, but after I did, this movie was really a treat in 4K. The cinematography is just stunning, I think the hdr could have been a little bit better and same goes with the Atmos track. But I am so happy that the first Star Wars movie to come to 4K has a gorgeous looking transfer. (Oh and it’s real 4K too, so no upscaling here!)

How’s it going? Any update on the full version, I’m very impatient, lol 😉

So I watched the test clip and I can say that the aspect ratio was a little distracting at first but I quickly got used to it. I am one of those people who want to see every little bit of image information so I this is a nice addition, even if the AR is a little weird. Since the AR is consistent throughout the entire movie (presumably) I don’t think it will bother many people. 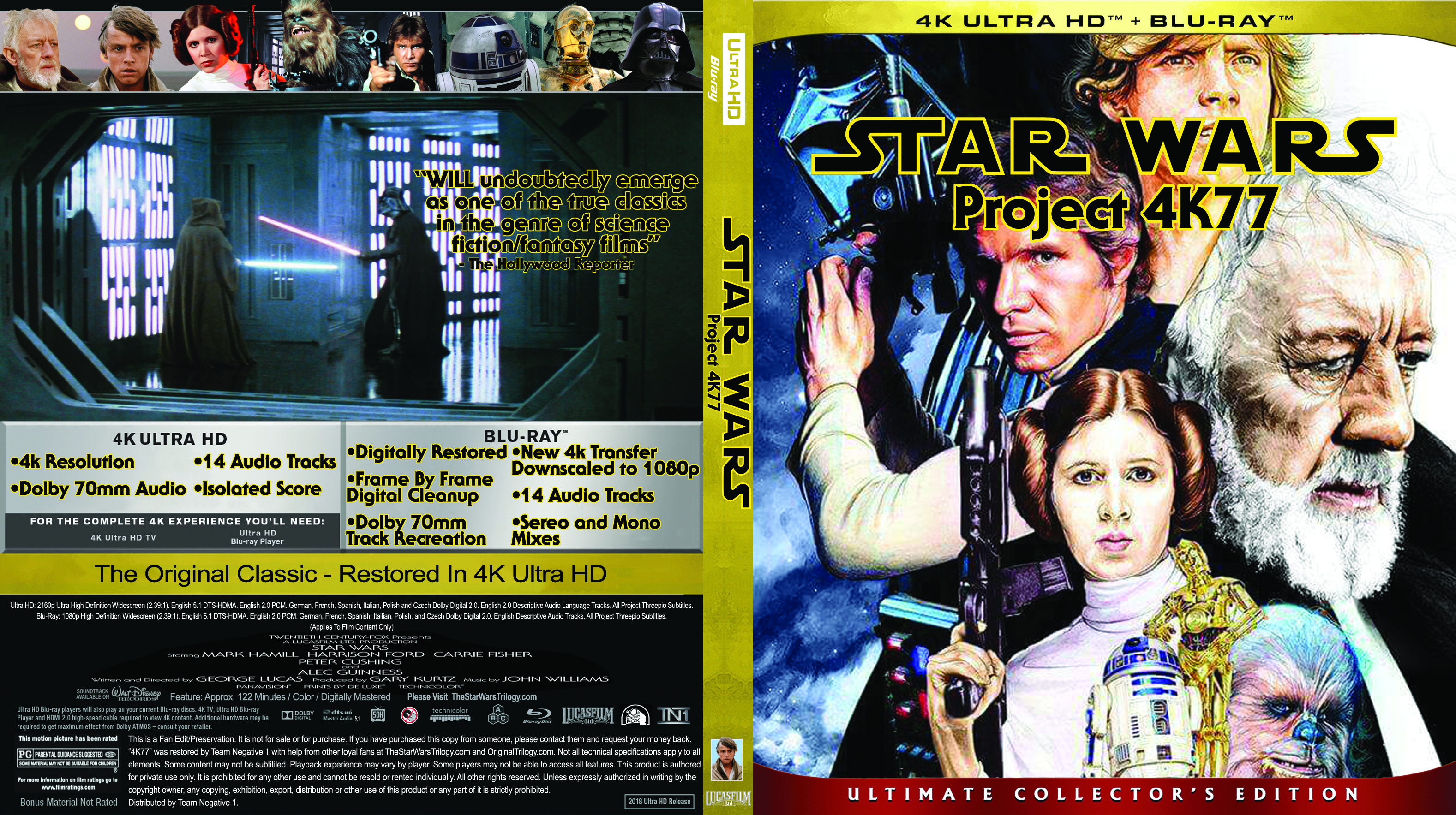 I would have the text over the image of Darth and Ben fighting white instead of black with yellow outline and the text in the box below only black. It’s too busy now and hard to read.

Sure, I don’t have my computer right now so I’ll work on it later but I’ll share today.

Haha, although I seem to remember a yellow tint when I watched it in the cinema…

So I’m on vacation and I wont be back until Friday, so that’s when I’m picking up the Last Jedi 4k blu-ray. To anyone that has it, how good is the 4k, hdr, dolby vision, or dolby atmos? I wanted to hear it from star wars fans (like myself) rather than 4k blu-ray reviewers because my opinions usually are the same as you guys.

So, which version of AOTC is better? The 35mm or the digital?

The cover image in high resolution is here:

But I suggest you ask the artist (Corbyn Kern) before using it.

Ok I sent him an email

The cover image in high resolution is here:

But I suggest you ask the artist (Corbyn Kern) before using it.

Amazing, but is it me or is it a tad bright?

Yeah, when I posted it on imgur it screwed up the saturation, pm me for a google drive link

A teaser of what I’m working on… 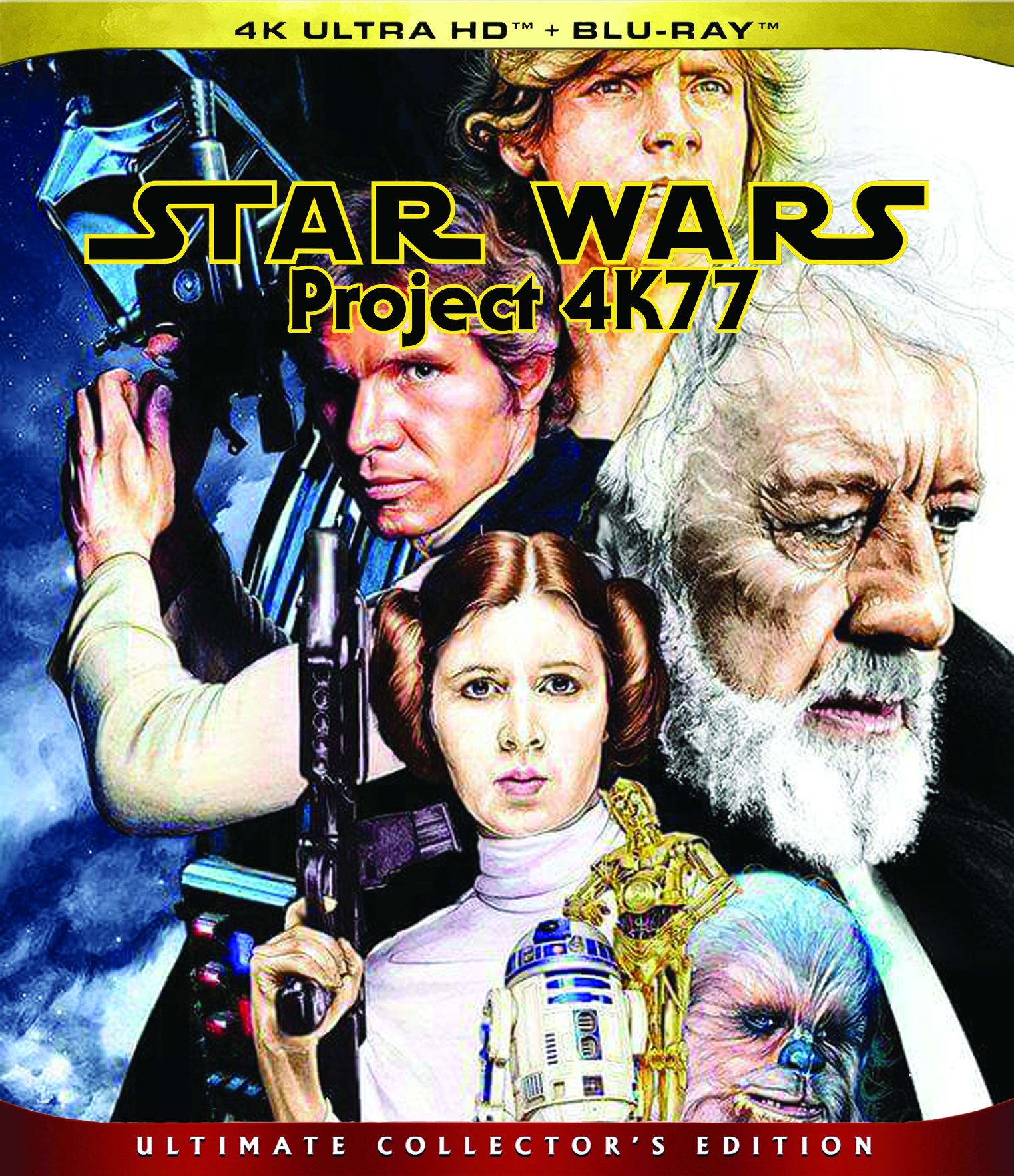 Tell me what you think!
When I posted it to imgur, it totally screwed up the saturation so don’t worry, the actual thing will look better.

I can’t find it, what’s the title?

Hey, is this on the spleen?