Does anyone know why Episode IV was removed from the DVD? I mean, it hasn't been on any video releases or anything and no one would have complained that it was there if that was the case, we would be just as happy (or unhappy) with the GOUT. It makes me wonder why dig up the scroll from somewhere and edit it to an LD craptastic video. What did LFL gain with that? Are they just showing that "we really have this on film but screw you anyways" and if so, what's the point in that?

The shield was on.

I have listened them and I can't make any deep analysis with my 15 year old PC speakers but I did liked TESB soundtrack, there were great calm moments which sounded great. I'll have to burn them and listen them with a stereo system some day.

I like e.g. Hitchcock's Rear Window and I think it's one of the best films I've seen, if someone wants to talk about pacing and how great old films were.

I really like a lot of Hitchcock's stuff too, Rear Window is one of my favorite of his flicks. If you don't mind me asking, where are you from, LexX?

Ok, then. It's been a year since the last time I've seen the film and even then I was on a date so I don't remember all the talking. Raiders has its moments but overall for me it is a bit boring. And I just can't stand Marion. But for reference, I like e.g. Hitchcock's Rear Window and I think it's one of the best films I've seen, if someone wants to talk about pacing and how great old films were.

Gaffer Tape said:Well, if you consider The Bible to be "real", then it did have the power to instantly kill anyone who touched it, as referenced in C3PX's post.

I don't, but then it doesn't make sense why the Nazis would want it so bad if it's just gonna kill you.

Also the Ark is pretty lame, there's no info about what it really is and what it does and when you open it, it just kills people who have eyes opened. Yippee. People like different things.

This was made back in the good ol' days. When not ever damn thing needed to be explained. The general assumption was that most people would be cultured enough to know what the Ark of the Covenant was and some of the background behind it.

If some movie requires that you have to read the Bible to know what's going on, then fine, I don't care. Outside of Raiders I don't know anything about the Ark, still I have heard about it. And I am sure that in "real" life there is no magic powers which only Raiders has.

It is a DVD which contained SE stuff. I don't really remember what exactly but these interviews were there.

They're longer on SE Audio Visual Press Kit which I downloaded a few years ago.

Its the same way with star wars. Return of the jedi was pretty much the same setting as A New Hope.

Yeah, and the same people? So? Jabba was on Tatooine, you have to show it. If there's Death Star, it has to blow up -> celebration which did last like a minute. How about the plot, it isn't even near SW.

Raiders is bland. I find it boring,

I wonder if this is a generational thing.  In the past, movies had their ups and downs - it was called pacing.  Nowadays if something isn't exploding or someone screaming every 5 seconds, it's considered slow.

I was thinking the same thing.  I was 10 or 11 when Raiders came out, and I loved it. I was about 13 when Temple of Doom came out and I also loved it.

Well, it may be, but stop quoting me as it doesn't apply to me. I'm just saying that I don't like it very much or even that much that I would have bought them on DVD (not just because of Crusade), I have recorded them on VHS though. For me there's only one likeable character in Raiders and that's Indy, it just isn't enough for me. I don't care what happens to anyone else, there is no connection for me. Also the Ark is pretty lame, there's no info about what it really is and what it does and when you open it, it just kills people who have eyes opened. Yippee. People like different things.

Raiders is bland. I find it boring,

I wonder if this is a generational thing.  In the past, movies had their ups and downs - it was called pacing.  Nowadays if something isn't exploding or someone screaming every 5 seconds, it's considered slow.

No, no, no. I enjoy older films, they catch suspense better and certainly don't think explosives = better. In Raiders there's more stuff exploding than in Crusade if I remember correctly? It's just that there isn't much HAPPENING. There isn't enough suspense either, only a few bad guys and the main Nazi is boring also. It's just guys walking in the desert, IMO. There are also more annoying people than people to like.

They made Marcus into a retard in last crusade

I just read a few threads and then was surprised that the titles weren't about Indiana Jones. But in my opinion...

Raiders is bland. I find it boring, I can sit and watch it through but there's not much happening. Also, everytime I watch it I find Marion more and more annoying, I always hope she would have died in that truck. She's more annoying than Willie. The end isn't really a big finale, they're just walking in a desert and suddenly open the Ark and the end.

It's still better than its sequel. I hate Short Round, it's like Asian Anakin blended with Jar Jar, ugh. I hate his fake laugh and the movie even ends with it. Willie's just screaming all the time and enough is enough, I've had with these motherfucking gross things in this motherfucking temple. The bad guys weren't as impressive as Nazis, just a few crazy guys in a cave.

Crusade is the best of them. There's Connery, some good fun, finally a good girl (which is sad because she turned out to be a Nazi) and more Nazis. The plot may be a little "meh" but it's okay.

I've seen Skull only once and I'm not gonna watch it until maybe it comes on TV. But again, there's Marion, bad CG, Indy in a fridge etc... But I also enjoyed it from the point he meets Mutt (stupid name) until the point at cemetary.

I'm not in favor for many fan edits really but something just came up to my mind when listening the ROTJ soundtrack. Jabba's theme or his background music isn't really menacing enough, there are just some weird trombones or something and not enough creepiness that would make the palace scary and that the rebels might not survive. So if there's any music that would fit better that would be a nice change.

Heres a quick mockup to convey what I was saying earlier...

That's it!  Looks MUCH better than the original.  I also love the spotlights emitting from the cities as well.

I agree much nicer!

Only one thing... Obi-Wan is hanging under the city...

Is there a torrent for these yet? I want one badly. Your reviews are killing me. 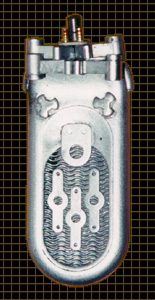 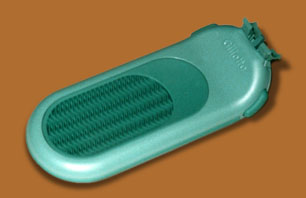 I hope this is released for PAL, too.

-I concur. master kenobi should go.

I think somehow the scene needs more votes to hear or the jedi are damn facists :)

... and the Storm Troopers have never been able to shoot anything except Uncle Lars and Aunt Beru, even when our heros are right in front of them and not even moving (Luke after Obi Wan dies)...

This Stormtroopers matter itself would diserve a thread ! Lol !

Leia got shot in the arm.

Most videos were P&S everywhere. Widescreens were usually just "special collector's editions". Only last videos at the same time with DVDs videos were beginning to be widescreen, too. I haven't seen any P&S DVDs in Europe, though, unlike in the US they still sell P&S stuff (I think).

Yes its just before Han enters the command center. It was shown on the 1997 theatrical release but removed on the VHS release.

Mmmm.   Not to sound doubtful, but the "I saw it once but it was cut out on the VHS/DVD" memory phenomenon seems to happen a lot in the SW community.

It wasnt just me but a group of us that went and noticed we had never seen that shot before but when the VHS came out it wasnt on it.

there was only ever one version of the 1997 theatrical SE which all prints were taken from. the VHS & laserdisc were exactly the same as the theatrical release as they were taken from those prints. there was never an extra shot added before han enters the command centre. there was a bootleg VHS copy of ESB SE floating around which was filmed in the cinema and there was no extra shots. it was exactly the same as the VHS which is why i never kept it.  This is the same type of thing that happened with ANH when people swear that they saw Luke miss with the grappling hook and that the Luke & Biggs scene was shown in theatres. memory is a funny thing.

I googled it and found on IMDB that there was a shot before Han entered the command center and that this isnt just me and my 5 friends thinking we remembered something. Its true that there was another scene.

The reason why you haven't seen K-3PO before is that it is indeed cut from older videos... Because they are pan & scan, not widescreen! K-3PO has always been in the film.

Yoda Is Your Father said:

Chewie has his hair cut differently in SOTE in order to resemble a famous Wookie bounty hunter, which explains his different hair style in ROTJ.

Chewie has a different hairstyle in ROTJ?

Chewie has a hairstyle?