Is this resolved or does Sluggo still need help with this? And when did he start referring to himself in the third person?

Not if they want people to want to see it.

Anybody else watching Narcos? I'm loving it. Just got through the first season.

Netflix takes on the infamous Medellín drug cartel in "Narcos," which follows the rise and fall of Colombian kingpin Pablo Escobar and the Drug Enforcement Agency agents hunting him.

I just saw Terminator: Genisys and I had to start a thread about the whole franchise.

The movie sucked! I couldn't believe what I was seeing, it was way worse than 3 or 4.

I thought it was a lot of fun. You didn't like it, that's fine, but there is no way that Genisys is worse than Salvation. I'm not trying to attack you here, I'm just going to break this up a bit and try address your issues point by point. these are just my take on it all..

So basically none of the other movies happened at all, not even the first two which to me are the best action movies ever with Die Hard.

You could look at it that way, but it's more like Star Trek - every time they go back, a new future is created. Terminator 3 taught us that everything they tried to prevent still happened, just in a different way.

They ruined John Connor. The new Terminator model sucked and didn't even make sense. Kyle Reese became a whiny bitch who's in a way all the time and Sarah Connor was just annoying (although hot).

Did you see The Terminator [T1]? He was in over his head there too. remember the police station, or the crimes he committed? He wasn't really a model soldier. in T5 he was supposed to seem that way because things had happened that they had no idea about ie: pops.

oh and with John - the most we've seen of him was the Xian Bale version where he doesn't really do a lot. he sits around the base, he growls at people, he gets  zero respect from command and then he almost gets himself killed by defying orders.

The pair just argued and yelled at each other through the whole movie and it concludes to a kiss. What? Ugh.

I think the point here was Sarah realising that she could actually make her own choices and not be a slave to the timeline. she'd been told that she had to have sex with a man she'd never met, I can see how she'd be uncomfortable with that. this is a bit different to meeting and falling in love with a guy.

It was good to see Arnold back but his performance was on par with T3, throwing some one liners and to lighten the mood.

Here's an idea for an experiment - watch terminator 2 and every time Arnold delivers a cheesy one liner, take a shot of whiskey..

Salvation feels like a masterpiece after this as this one just pisses on all other Terminator films and their characters.

Salvation was a complete waste, absolutely nothing important happened in that film. Even worse - there was no time travel, no attempt to alter events by messing with the past. To me that is what the Terminator is all about. On top of that, Skynet should have no idea who Kyle Reese is! He wont play an important role until AFTER the war is all but lost. AND Skynets records of the 80's are sketchy at best - that's why the Terminator actually had to go SEARCHING for Sarah Connor to begin with.

Oh, and what's up with Salvation and Genisys when they have to have Skynet in some weird digital form to explain what's going on in the end? First time it was cringe-worthy, the second time even more so.

I agree with this, the movie would be better without it. it's kind of like an overconfident 'Bond' villain telegraphing his plans.

Man, with all the sequels this year this was the biggest disappointment. I don't think I want to see this film ever again. And there's a trilogy coming from this...

Is it a great movie? not really.

Is it the worst in the franchise? not by a long shot.

Is is the only movie in the franchise to bend or break rules set forth in previous films? nope. In fact, they actually addressed an issue that even T2 was guilty of.

The plan was to send kyle back and then destroy the time machine. end of story. in T2, suddenly we have MORE terminators from the future. at least here we see that Skynet was able to regain control of the time machine right after Reese uses it. 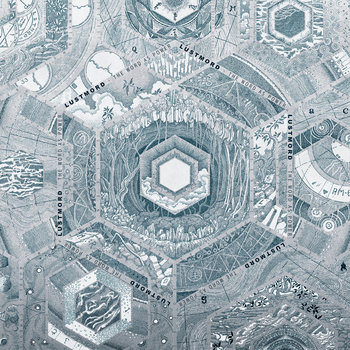 But Rogue Squadron wasn't a thing before ANH, right?

And anything set around the OT following Rogue Squadron would essentially be the adventures of young Luke Skywalker.

hmm, could this have anything at all to do with Denis Lawson turning down a part in TFA because it was only a cameo appearance?

and then the story ended.

When I had my wisdom teeth out, I woke up at home!

Also, back in the 60s they used to do fillings without novacaine.  I had the dubious pleasure of being on the receiving end of one of those.

It was all a dream clearly.

I've still got 3 of my wisdom teeth. I only had the fourth out because it was damaged. They had to bash at my jawbone a bit and lever out the last part of it. Definitely an experience but not painful or scary in any way.

The only thing that keeps me away from the dentist is the cost.

Why don't we just send each other letters when the site goes offline?

Let's all just meet up at Silverwook's place.

Let's remember that he is replacing a man with absolutely ZERO directing experience.

Interesting if offbeat choice. Need I remind anyone he isn't writing the script? Looks like the latest video for the UNICEF is online and it reveals a noticeably older Chewie! Unlike that image a while back we thought he'd look like (in there I didn't think he was "aged" enough), here his eyes look aged with more white around on his face, just like how an older dog would show age - I think he looks perfect now.

Please, please, please tell me there's someone here collecting all of this stuff: the teaser trailer (in HD); the UNICEF videos; the appearance on John Oliver; the leaked concept art.

If not, then can we get something going?

I'm collecting all the official-build-up-videos myself. The J.J teaser bits and bobs. Not sure if I'll both holding onto little bits like R2 getting hit with a Salmon though.

BTW: Does anybody know who this guy is...?

It's just that he's got the black unitard, the black eyeliner and coincidentally has the same Surrey accent and deep voice as Peter Mayhew. Makes me think he is the Chewie body-double.

...and IMO that costume actually looked like Chewie. Thank goodness!

Not sure why he needs the same voice?

He could be anyone's double really, though Chewie's a good guess.

That looks like Ian Whyte. You might recall him as the massive alien in Prometheus. I THINK he does some stunt work but he's not a stunt man actual. He could be playing some other Wookie or similar [height] alien.

The franchise could do with a Riker beard after Wrath of Darkness.

In every measurable category, those names are light years ahead of Plagueis, Sidious, Maul, Dooku, Grevous, and Mace.  Lucas was a complete idiot with his moronic character names.

Absolutely loving the names, as well as the total awesomeness that is the trading card homage.  Fantastic stuff.

Any name is better than Dooku.

George pronounces it Doku, which I would have been okay with.

Those names aren't entirely terrible but they are strange. Hopefully there are some other more common names for us to identify with.

An issue I have with some PT era character names is that they are difficult to pronounce, Which shouldn't really be a [common] thing when most people are speaking the same language.

in my everyday life I run into a lot of people with my name - there are three of us in the same office. There cannot be only one Luke in the galaxy.

I did however do a quick mockup to get an idea of what things might look like sans hollywood teal / orange filtering.

Trailer colour-timings are meaningless these days. They bare no resemblance to the finished films, so I wouldn't get too concerned based on an early teaser. But if some of those shots were the actual timing, I'd be mildy concerned same as you.

Yes, completely agree.  Just have to watch the teaser and main trailer for Desolation Of Smaug, and compare it with the final film.  MASSIVE colour-timing differences.  The trailers were orange and teal over contrasted and the final was low saturation with heavily reduced orange/teal look present in An Unexpected Journey.  Again, the final movie and even the next trailer (probably April) will certainly look very different, hopefully in a good way.

Just to be absolutely clear - I do not expect the movie to look like the trailer - I did the mockup to get a better idea of what the movie will look like.

Just watched the trailer and...

I want this to be me but I know I'll stick around out of curiosity. I just find it difficult to care about any of this. I did however do a quick mockup to get an idea of what things might look like sans hollywood teal / orange filtering.. If nothing else it should provide Frink with his next project - I think I prefer the other teaser with Rick Astley.

Out of how many balls?

I know you are an old man and easily confused but there were only ever 4 balls.