Has anybody besides Mala said that they liked TLJ and hated Solo? I’m only seeing “liked both”, “hated TLJ but liked Solo”, and “hate everything, why am I even still here”.

I would be one of those people, though I was not explicit about it.

There seems to be a trend here.

Only a Sith deals in absolutes, of course, so there’s going to be some people who hate and like both, but I’ve a feeling it’s going to mostly correspond with what I’ve posted above.

“How would that work?”

Just some overall thoughts before I give up for the night:

I wish that could’ve been conveyed neater, but I’m too tired to type it all out.

I’m referring the white furry guy. I am like 99.99% certain that he was in Solo in a blink-and-you’ll-miss-it cameo.

Perhaps it was just a member of his particular species. My mistake.

I believe I saw him whenever the robot liberation was happening. That may be the wrong scene, but he was in there. My friend and I talked about it after the showing.

Just got back from seeing it, and I hate to be that guy, but I thought it was awful – though this could be fatigue setting in (yes I do think its possible). The only thing that kept me going was L3 and Powell’s call backs.

So many headaches like “We’ll call you Han Solo, then!” and “Find me on Tatooine. There’s a big-time gangster looking for a crew.” I cringed especially hard at the latter. Whoever put those lines in there needs to think long and hard about subtlety.

I did like Moroff’s cameo, as well as the mention of Scariff. Connecting these standalone films is a great idea.

Maybe it will grow on me the same was Last Jedi did, and I genuinely hope it does. It really sucks not liking a Star Wars movie.

Will make a new thread when the time comes, but currently, I’ve been talking with another user on this forum who has an X0 and a great video processor – the Lumagen, to be precise.

He has kindly agreed to transfer my discs when the time comes, but we’re not sure when that is, as he’s got many other things to attend to at the moment.

I’ve seen footage of the JSC ANH disc from his X0 player and Lumagen, and it looks f–ing amazing for LaserDisc. This will be the REVENGE OF THE X0, or perhaps THE X0 AWAKENS.

This is awesome. Thank you for your efforts!

Does the JSC have shrinking aspect ratio, or was that only fixed for the Technidisc release?

Bumpin’, but for good reason.

Considering doing a totally non-GOUT LaserDisc based project, except this time it will be DVD res only. Here’s a sample of my EMPIRE capture from the “Special Letterbox Edition,” which has been run through AviSynth with a similar script: https://drive.google.com/open?id=1d2pEwaEOq0neyLg05_F0iKYEm9gMSN2W

Clip was captured with a very low-end CLD-980 running the video through a comb-filter and then converted to S-Video. Footage was then IVTC’d and run through AviSynth!

If there’s enough interest for a project like this, I’ll make a new thread. It’s kinda redundant, considering the 4k scans going on and the digital GOUT releases, but LaserDisc is fun to tool around with…

Solo reactions coming in, all positive so far, which probably means it’s safe to assume people on this site will hate it.

Don’t cut yourself on that edge, pal.

I’m reading that it’s clunky, but finds it way once the main plot kicks in. Excited, but also nervous about it as well.

Listened to the new edition of ROTJ and ANH on Spotify, sounds noticeably clearer that previous editions. Can’t speak for the rest yet.

I can’t find these on Spotify - could you share a link?

Put them all in a playlist (as well as TFA and TLJ): https://open.spotify.com/user/brannontds/playlist/0k7LpNoWUGGPZESWIH1Ti9?si=T-Dl-E5DQgyPUCoHWSHLBw

He’s publicly hosted screenshots on his site for a while now, as well as showcasing cleanup techniques on his Vimeo account. This really isn’t anything out of the ordinary.

I’d avoid Faces, simply because the loads of DNR applied to those masters. Here’s my preference, the 1992 letterbox set:

Listened to the new edition of ROTJ and ANH on Spotify, sounds noticeably clearer that previous editions. Can’t speak for the rest yet.

He looked vaguely sad, and vaguely confused. Whatever the script was originally it’s not on the screen. Sorry to rain on your parade.

I’d say he looks pretty sad here, which is very in line with the script. Please excuse the low quality picture. 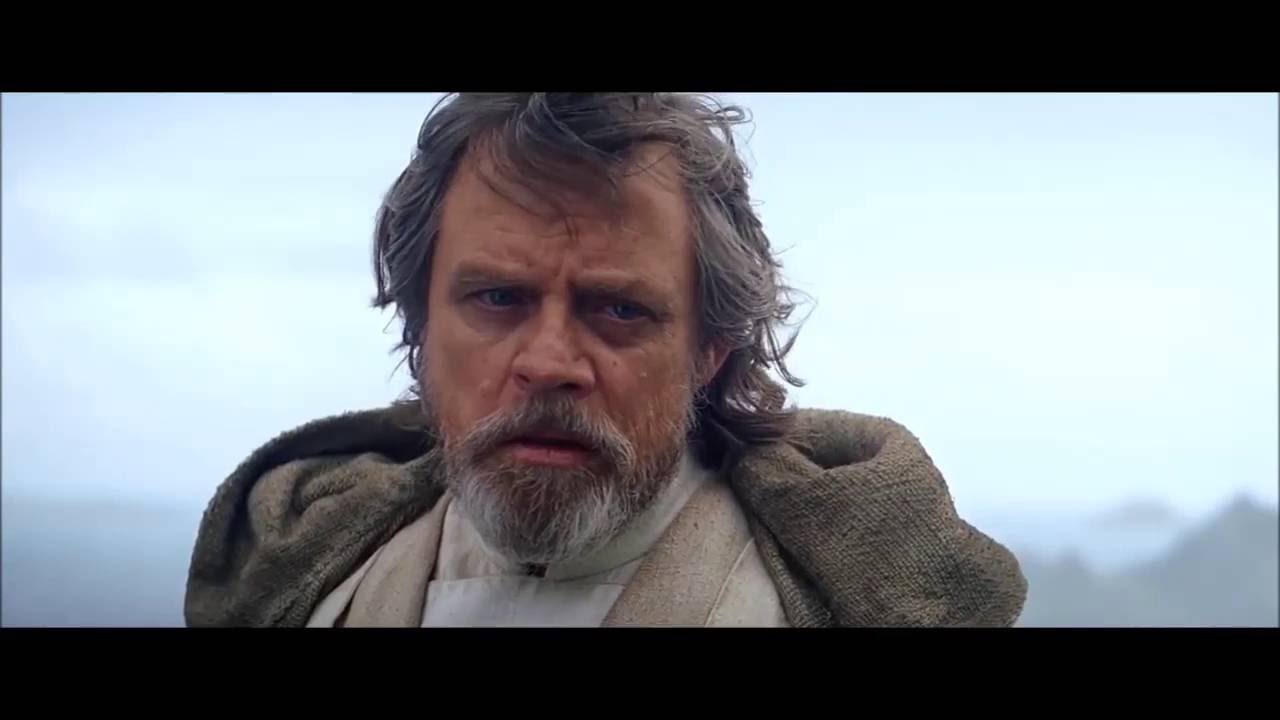 Whereas in TLJ, he looks confused:

Clearly I’m in the minority in regards to this opinion, and I’m okay with that. I’m just here to participate in the conversation. I don’t care if you don’t agree or do agree – just putting this out there to back up my earlier claims.

I don’t see the conflict between the two scenes. Seeing the lightsaber makes Luke emotional. When he grabs the lightsaber, he throws it.

I don’t know what people expected, him to raise it in the air in that classic poster pose?

I’m going to be completely honest and say that was pretty close to my expectation.

But like I said, it’s Rian’s film, not mine. Don’t want to come off like I’m one of those “TLJ sucks!” trolls on the interwebs.

Ok. I didn’t bother reading it so maybe it does, maybe it doesn’t. Doesn’t matter to me either way. All that matters is what I see in the movie, not what was intended.

Yeah, it’s probably best to read the few sentences I quoted from the script before nullifying it.

It doesn’t matter what it says, it’s the script. What is on the screen is what I care about.

If you don’t feel that way, fine, but I’m not sure why you two guys are having such a problem understanding that I could possibly feel that way.

And I’m not sure why you have to be so blunt in your approach, and not even bother to read what was cited.

Omg why isn’t oojason doing something? Quick, someone needs to ask for mod!

JEDIT: Did you just edit your post 3 times? Everytime I looked it said something different.

I did. I realized I came off like a huge dick the first two times, so I decided to tone it down.

Ok. I didn’t bother reading it so maybe it does, maybe it doesn’t. Doesn’t matter to me either way. All that matters is what I see in the movie, not what was intended.

Yeah, it’s probably best to read the few sentences I quoted from the script before nullifying it.

It doesn’t matter what it says, it’s the script. What is on the screen is what I care about.

Anyways, it’s a shame that the script and final product made something so perfect, only to be countered by Rian. But to be fair, it was his film, so he had every right to.

I don’t really understand how people say it does though.

This was one of my initial complaints with the film, and I still standby it to some degree.

TFA ends with Luke Skywalker, eyes watery and reluctant, an ending that compelled me to continue watching the new films. Yet in TLJ, he simply looks annoyed. That whole emotional ending is essentially “mocked” by Johnson. I really didn’t mind Luke throwing the lightsaber, but I would’ve preferred it had he done so under a different purpose – if that makes sense.

That being said, it’s a good film, even though I disagree with many of the decisions it makes.

Couldn’t disagree more on this point, though I’d have liked to hear more new motifs in TLJ.

Okay, let me clarify. The score is good, but it sounds weak and anemic, mainly due to the freelance orchestra he’s using. Listen to the opening titles of TFA and TLJ, it sounds awful. Lacks any sort of “oomph”.