Or you could, you know, just buy the original Blu-Ray and watch that because there's no actual editing of any kind that needs to be done.

Here, I'll even save you the trouble of having to look for a copy.

In the absence of a definitive "this is how it's definitely supposed to look" source to compare it to, I would think the source that provides the most detail would be preferable. In that case, wouldn't a release that crushes blacks and/or blows out whites to the point of losing detail in those areas be undesirable?

And I'm not talking about a movie that came out two months ago with crushed blacks and blown-out whites, since that's likely a creative decision. I'm talking about a movie that's been out for years in many different forms, and then suddenly a new version comes out that has less detail than any version seen before due to crushed blacks/blown-out whites.

In that scenario, I honestly don't understand how the version with less detail can be defended in any way, even without an objective reference to compare it to.

So go buy one.

You can also remux the MKV into an MP4 container using various programs if you wanted a 1080p MP4 without taking the time to re-encode the video altogether.

Well, I don't know how kosher this is, but I retyped all the new-canon Insider short stories into Word to make Kindle copies for myself, so if you want to read any of them - including "One Thousand Levels Down" - shoot me a PM and let me know whether you want a Word or Kindle file.

(Haven't had a chance to do this with the newest one yet, though.)

I take it those who don't like the "rounding up Alderaanians" idea haven't read the "One Thousand Levels Down" short story, which came out almost a year ago and revolves around two Alderaanian siblings on Coruscant on the run from stormtroopers...

So it seems the numbers are a bit exagerrated. By my count, this is the only new story stuff we're getting:

Everything else appears to be insubstantial at best.

Is that Dave Filoni... without his hat?!

The series is intended to take place before the One-Shot. The idea being, I suppose, that all of the men in that SSR office get all the credit and get promoted/reassigned, then the office gets renovated due to the damage and Bradley Whitford is appointed the new head of the office, and Peggy is back to square one as far as being unappreciated by the men she works with. Then the One-Shot happens.

Yet when you search for Darth Vader, you get redirected to Anakin Skywalker... 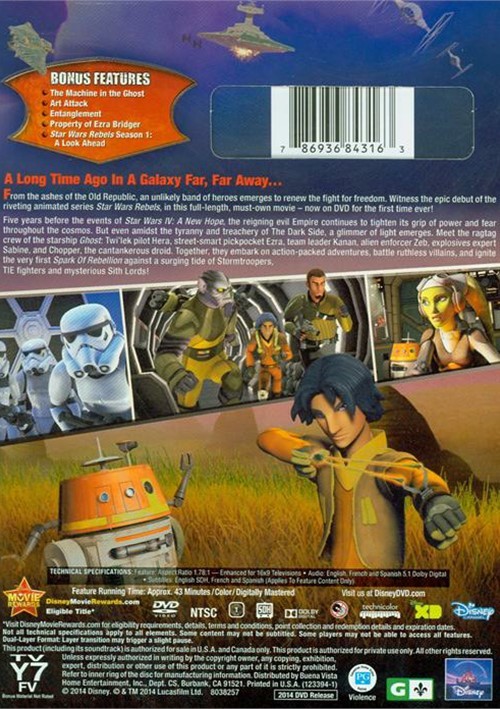 Is that confirmed, or are we just speculating because that's what they did with The Clone Wars? The iTunes releases are all 16:9...

Vader #2 came out yesterday. Random mission, not sure how it ties into the plot of this limited run series, but it's entertaining at least.

Vader isn't limited run, it's ongoing. Princess Leia is the only one that's limited run.

And I agree about all three of your points, darlkordoftech. All good stuff. And I really love Vader's underhanded shady dealings in both #1 and #2, especially how he treats his "watcher."

Granted, it doesn't make the shot look realistic, either, but still - I like the matte painting look.

Darth Maul: Son of Dathomir is the only Dark Horse material that is still canon, because it was based on unproduced scripts for The Clone Wars season 6.

If you want to burn to a BD-R and play in standalone BD players, download the AVCHD and MKV, and remux as a BDMV folder in tsmuxer, with the AVCHD video (which is BD-compatible) and MKV audio (which is the DTS-HD).

If you just want an MKV file to watch on PC or hardware players, then just download the MKV and boom, you're done.

Harmy also did a "Respecialized" Edition, which is the 1997 SE, for ANH. I don't know if he's intending on doing the same for ESB and ROTJ, though.

I really don't think we'll get another origin story. I think he'll show up, already-established but still in high school, in Civil War, then the 2017 standalone movie will take place after that. They might do an opening credits montage in the 2017 movie, a la Incredible Hulk 2008, but I can't see them going any farther than that on Parker's origin story.

Frankly, I wouldn't be surprised if we get Parker for Civil War and Spidey 2017, then Parker dies at the end of the standalone movie and Miles Morales is the going Spidey from that point on.

Unfortunately, they've already said that the new Parker will be in high school. Again. And they're looking to cast an actor younger than either Maguire or Garfield were when they started.

I use imgur. It works fine for me.

Definitely enjoyed Darth Vader #1 more than the first two main-series issues. Vader feels a little more like Vader, and I actually don't hate the way Fett was shoehorned in (even though he was totally shoehorned in). I really like the dynamic between the Emperor and Vader, and how Vader is going off on his own to find out who Luke is without the Emperor knowing about it.

Much more excited about the Vader run at this point than the main Star Wars run, but I'll continue to read both.

I wouldn't include the forced ones on the menu. Let them be toggled when you pick the dub track.

Because it wasn't shown like that in non-IMAX cinema, and some people don't like the shifting aspect ratio.