I think the home cinema Super8 releases might be worth a look. Most are probably pre-tampering and the colour looks pretty good. There are short digests available to use as reference as well.

These are from the Dwarves Dilemma 200ft digest. 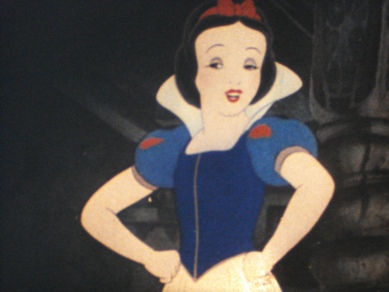 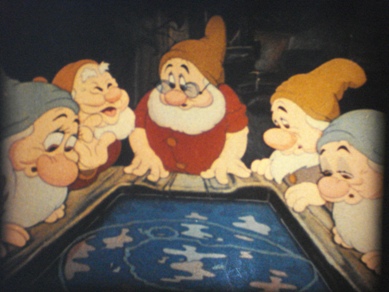 Did scans of this digest ever get released?

I have the Blu-rays and a drive. I would love to participate in this project.

Here is the list of episodes I’ll be tackling.

I think Galileo 7 is the worst of the first season.

There’s a TV promo for The Wiz in one of the US TV stations’ ad breaks. If someone could provide the Blu-ray rip of that movie to Darth telly (since I don’t own the Blu-ray), that would be great.

Thanks for helping me notice that, I will add it to the list of things I need.

There’s a TV promo for The Wiz in one of the US TV stations’ ad breaks. If someone could provide the Blu-ray rip of that movie to Darth telly (since I don’t own the Blu-ray), that would be great.

Thanks for helping me notice that, I will add it to the list of things I need.

It looks like there’s a restoration of the Swedish SWHS in progress. I hope they actually do upload their full modified version, as well as their original version on Archive.org in the near future.

I contacted that channel a while back and they said that when they reach near there subscriber goal they will post the unmodified version.

Here is another preview frame of kahyk 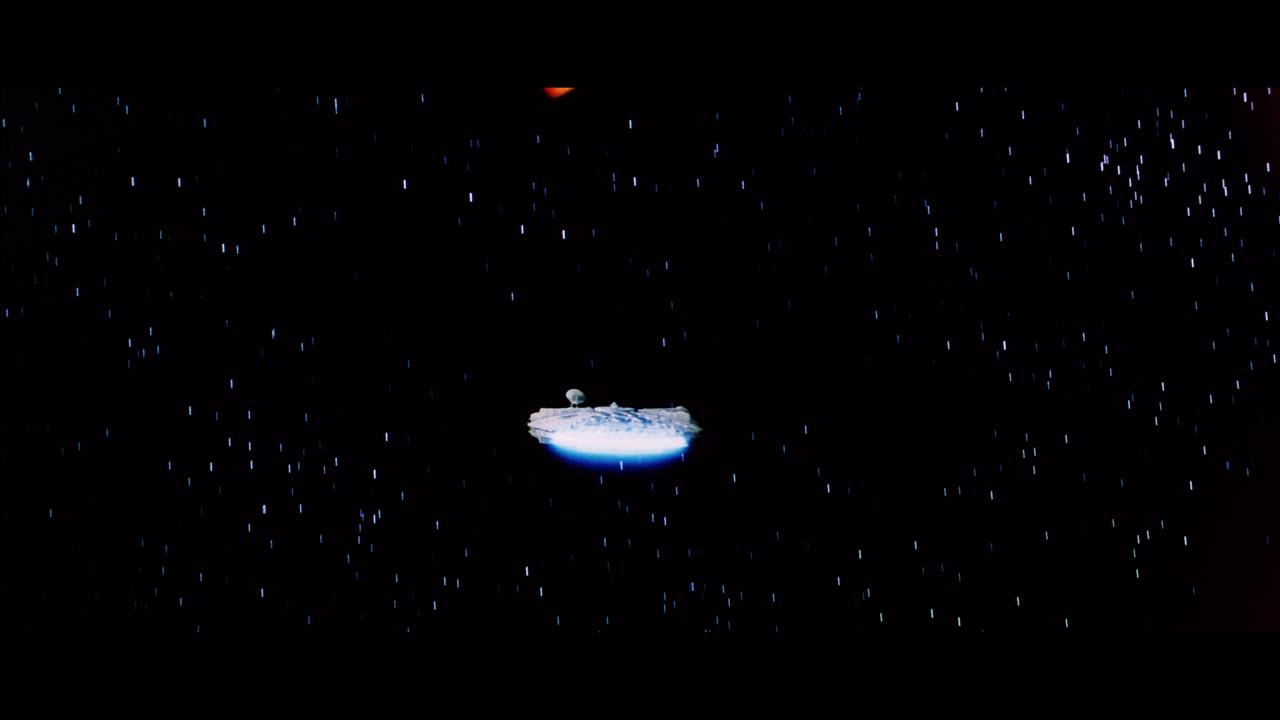 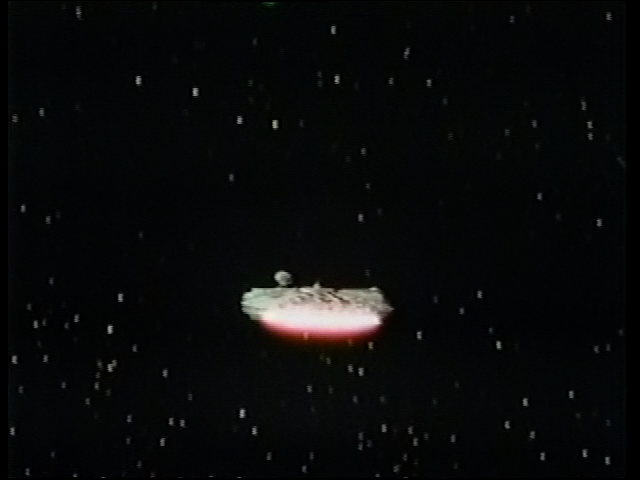 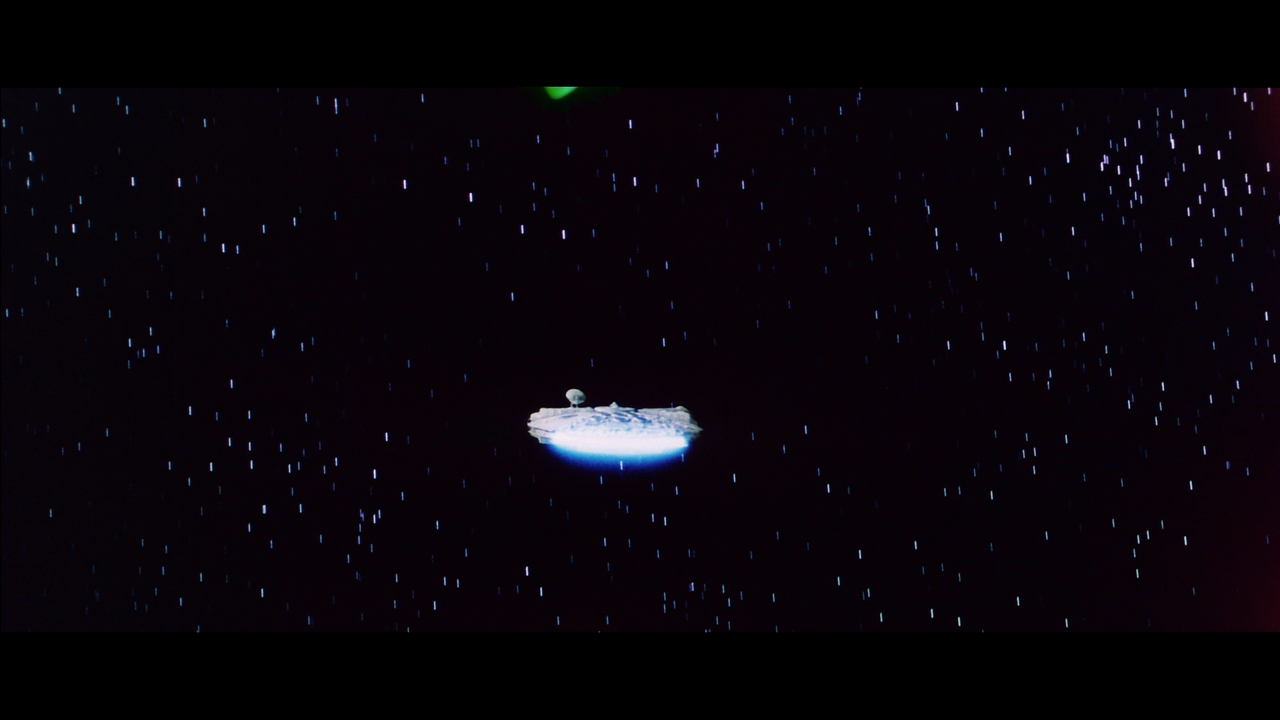 The reason why it looks like a different frame in the special is because it is cropped on the top and bottom for some reason.

The main source I will use for my version of the special will be The Editdroid DVD. Then I will use 4K77 for the sections taken from A New Hope, and the official Blu-ray for the Vader widens the search scene.

I can save you a little time: the Blu-Ray “Vader widens the search” scene isn’t the same take as the one used in the Holiday Special.

Thanks, I already discovered that for myself though. I should alter that opening post.

How was this distributed? I know how to get Puggo Grande, but not this.

I realize it’s not the Amazon web-rip, but there is a 1080p Chasing Christmas up on Youtube, and it appears to be the full movie https://www.youtube.com/watch?v=bjSbYG2MdTY.

This is my list of parameters when downloading with youtube-dl

I have always used 4KVideo Downloader

It seems my version of the tasjo v2 is missing commercials, does anyone have it with the commercials?

I updated the what I need section.

I made some small adjustments to the kashyk frame 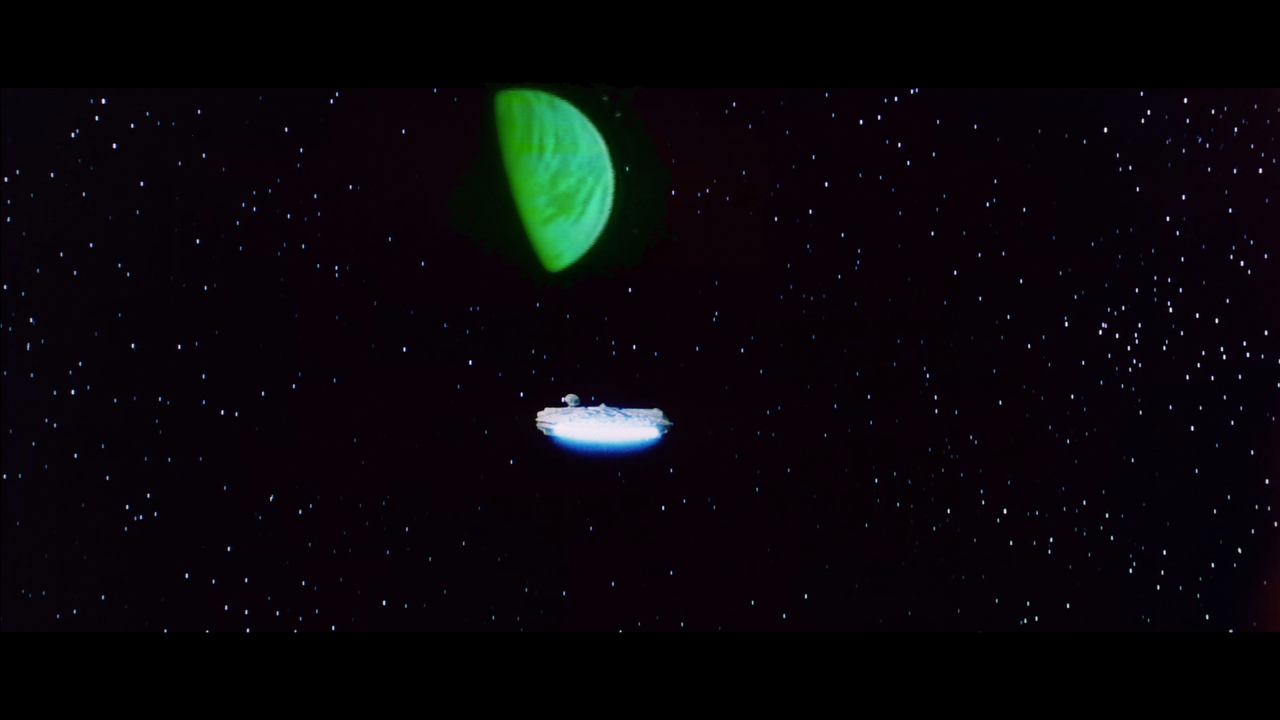 I can Easily clean up simple damage, but I have no clue where to start with fighting the frizzies. Would someone be willing to fix frizzies up?

I can’t say I have any experience with it, but MPV might handle that as well if queued up from the command line.

How do you que up from the command line?

Here’s what I found in regards to playing files in a specific order. I haven’t tested it to ensure there won’t be a gap between files though.

From what I’ve heard, Teletubbies was one of the first children’s shows shot in high-definition (though I could be wrong on that and it might’ve merely been shot and edited on standard PAL video [with conversion to NTSC for American broadcast]). Are the Roku transfers HD (as the YouTube transfers undoubtedly are)?

One other thing to note is that WildBrain has a habit of tweaking the aspect ratio whenever they post something to YouTube (like squeezing a 16:9 show to 4:3, as I’ve seen on some Boohbah uploads). While I don’t doubt that the later episodes may have been 16:9 from the get-go, I’m wondering if the earlier episodes were native 4:3 or 16:9 cropped or stretched to 4:3…

They look SD to me. I know that at least the beginning of the show was shot in SD, and the BBC didn’t shoot much in HD until around 2010, But it is definitely possible that it was shot in HD.

So what wild brain did to the aspect ratio was they slightly cropped the tops and bottoms, made it open matte (not to 16:9, to just an ever so slightly wider aspect ratio), then stretched the image the rest of the way. It only being slightly wider and cropped on the top and bottom makes me think that it was probably originally 4:3. The color is also changed to be more appealing to small children on the youtube postings.

Here are the links and you can have a look.

Here is the live airing (the teletubbies channel)
https://therokuchannel.roku.com/watch/ac7f693bcdd55f72aca62df031a73b52/teletubbies

Updated the what I need section of the opening post.

I can’t say I have any experience with it, but MPV might handle that as well if queued up from the command line.

How do you que up from the command line?

I started on the shots of Kashyk and here is what I did with them. 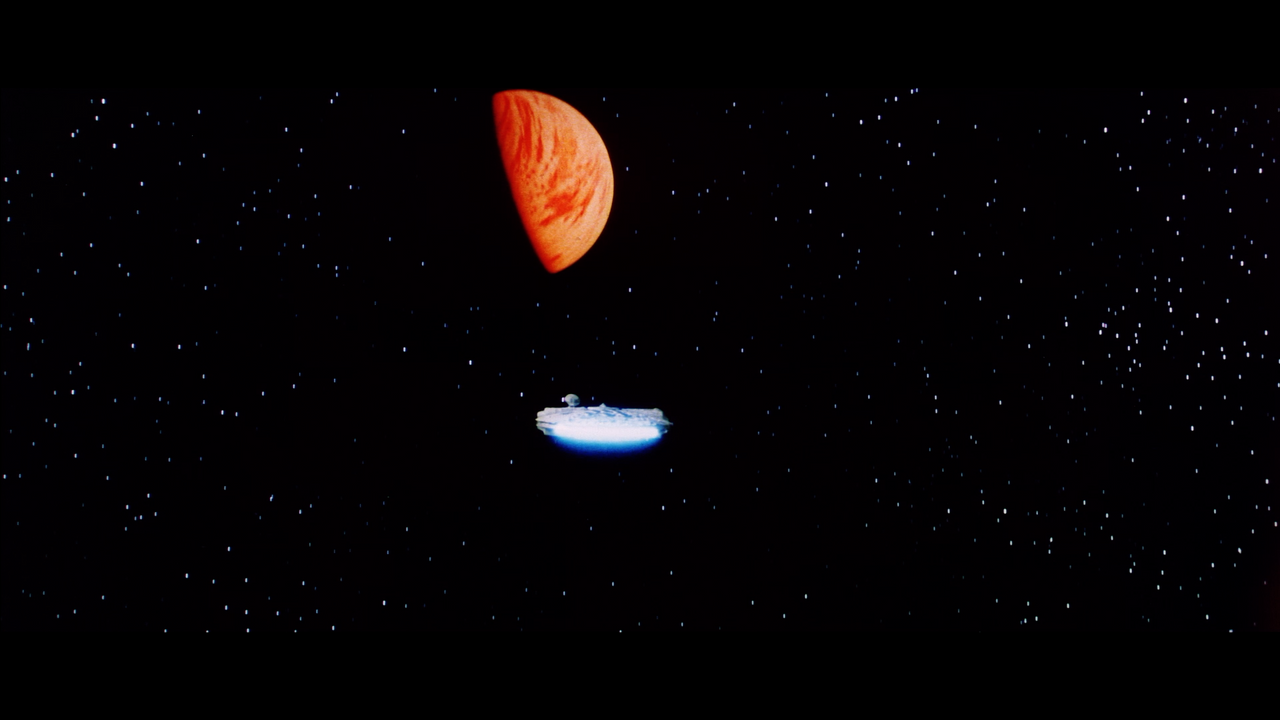 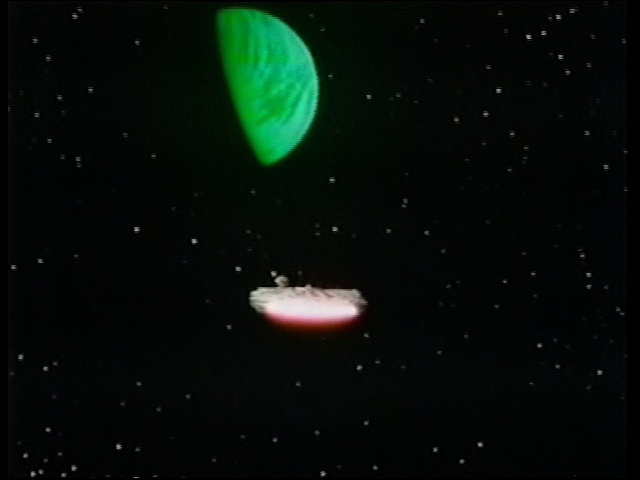 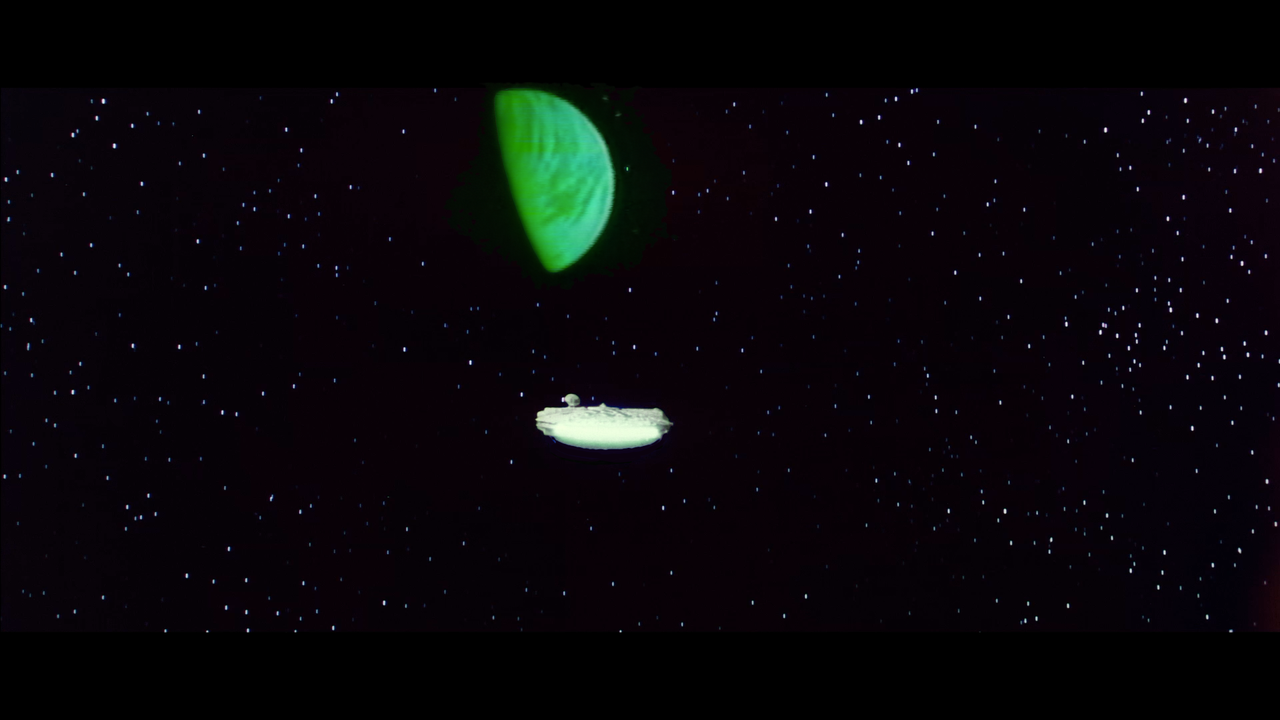 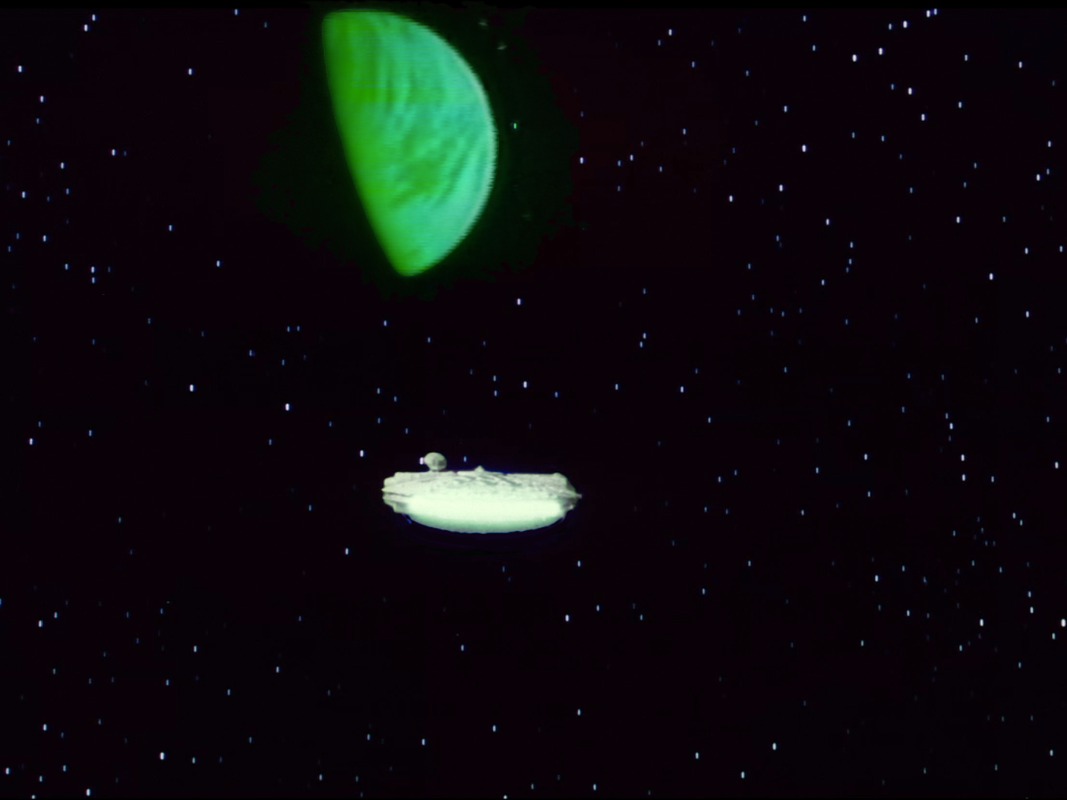 I know MPV has the ability to play multiple videos in a grid layout, but only if launched from the command line. I’ve used it before but it has been quite a while and I don’t seem to have bookmarked the how-to that I used.

If you meant playing the videos sequentially, VLC can play an entire directory, and you could either name the files with sequential numeric prefixes, or create a playlist file to specify the order

I meant sequentially, the thing is with VLC there is a quarter-second gap between each video.

Is it possible to get multiple videos to play together seamlessly? The parts from a new hope are encoded as separate videos and I need to know now if I have to change my plan for my remaster of the special.

70mm prints of “The Empire Strikes Back” differed from the 35mm version in that some editing differences, additional shots, alternate takes, and extra dialogue can be detected through a comparison of the two versions. It is understood that when the movie was considered “finished,” the elements were turned over to the lab and sound facilities so the desired 70mm print order could be prepared. The filmmakers, however, elected to “un-finish” the movie and make a few, albeit subtle, changes that, considering the expense and time involved in re-striking and and/or re-sounding 70mm prints, were reflected only in the film’s 35mm prints. There is a bit of irony in all of this trivia: the majority of the public and media who saw the movie in its first month of release saw the “less complete” version.

The Empire Strikes Back
The 70mm version of the film was substantially different from the 35mm version that was more widely seen.

After the Probot lands and moves left, there is an optical wipe to the overhead shot of Luke on his Tauntaun.
After Luke wanders through the snow and falls face down, there is an optical wipe to Han instead of a straight cut.
The bacta tank scene starts on a close-up of Two-One-Bee and pans right to a closeup of Luke in the tank. It then cuts to FX-7 extending its arm to the tank. There is no cut to Leia, Han and Threepio observing.
In the snow battle scene, when Luke drops into the snow after throwing a charge into the Imperial walker, the AT-ST in the background has no atmospheric depth. It looks too close and small.
In the Emperor scene, the hologram of the Emperor is already present in the first shot-it does not “tune in” gradually.
The Imperial fleet establishing shot after the magic tree scene has a different TIE fighter sound effect.
When Luke falls from Cloud City into the Millennium Falcon, the Falcon’s radar dish is not added to the shot.
The telepathy between Luke and Vader during the “Hyperspace” cue has straight cuts instead of quick dissolves.
On Hoth, right after C-3PO tells R2 to “Switch off,” R2 gives out a little ‘blurp.’
When Luke finally collapses in the snow, he lets out a grunt as he lands on his face.
Han says “until I can get the shelter up” instead of “until I can get the shelter built.”
Luke says an additional “Ben… Dagobah…” just before Han says “and I thought they smelled bad on the outside.”
When C-3PO tells Luke “It’s so good to see you fully functional again,” Luke replies “Thanks, Threepio.”
The line “Headquarters personnel report to Command Center” is repeated three times instead of two.
The line “The first transport is away!” is said in a different voice altogether.
When R2 is being loaded into Luke’s X-Wing, C-3PO says the word “and” before saying “do take good care of yourself.”
Han’s line “Transport, this is Solo. Better take off, I can’t get to you. I’ll get her out on the Falcon” is followed by, “Come on!”
In the asteroid field, after C-3PO says “Oh, this is suicide.” He says, “There’s no where to go.”
Luke says “You’re lucky to get out of there” instead of “You’re lucky you don’t taste very good.”
Yoda makes a frightened “Ehhhhh!” sound just before Luke says “Like we’re being watched” and points his blaster at him.
Yoda says the word “Run!” before “Yes. A Jedi’s strength flows from the force.” The following lines “But beware the dark side. Anger, fear, aggression. The dark side of the force are they. Easily they flow, quick to join you in a fight” are also much louder and clearer.
In Cloud City, after C-3PO says “That sounds like an R2 unit in there. I wonder if it…” he says “Hello?” only once instead of twice.
Before C-3PO gets shot, a different voice says “Who are you?”
While C-3PO is on Chewie’s back when they enter the carbon freezing chamber, the line “Now remember, Chewbacca, you have a responsibility to me, so don’t do anything foolish” is louder and heard more clearly.
During the duel, when Luke knocks Vader off of the platform, Vader lets out an “ooooh!” instead of an “aaargh!”
Lando’s line at the end, “Luke, we’re ready for takeoff.” is a different take.
In the final scene, there is no tracked music from “Yoda and the Force”.

Is any of the print scenes known or does it even exist in any form anymore. Would be cool to restore this version.

Where were the visual changes found?

Thanks to freedomland for another donation - really appreciated it!

Here are also a few comparisons between the official BD, the grainy HDTV and a few sample-frames I got from the 35 mm: 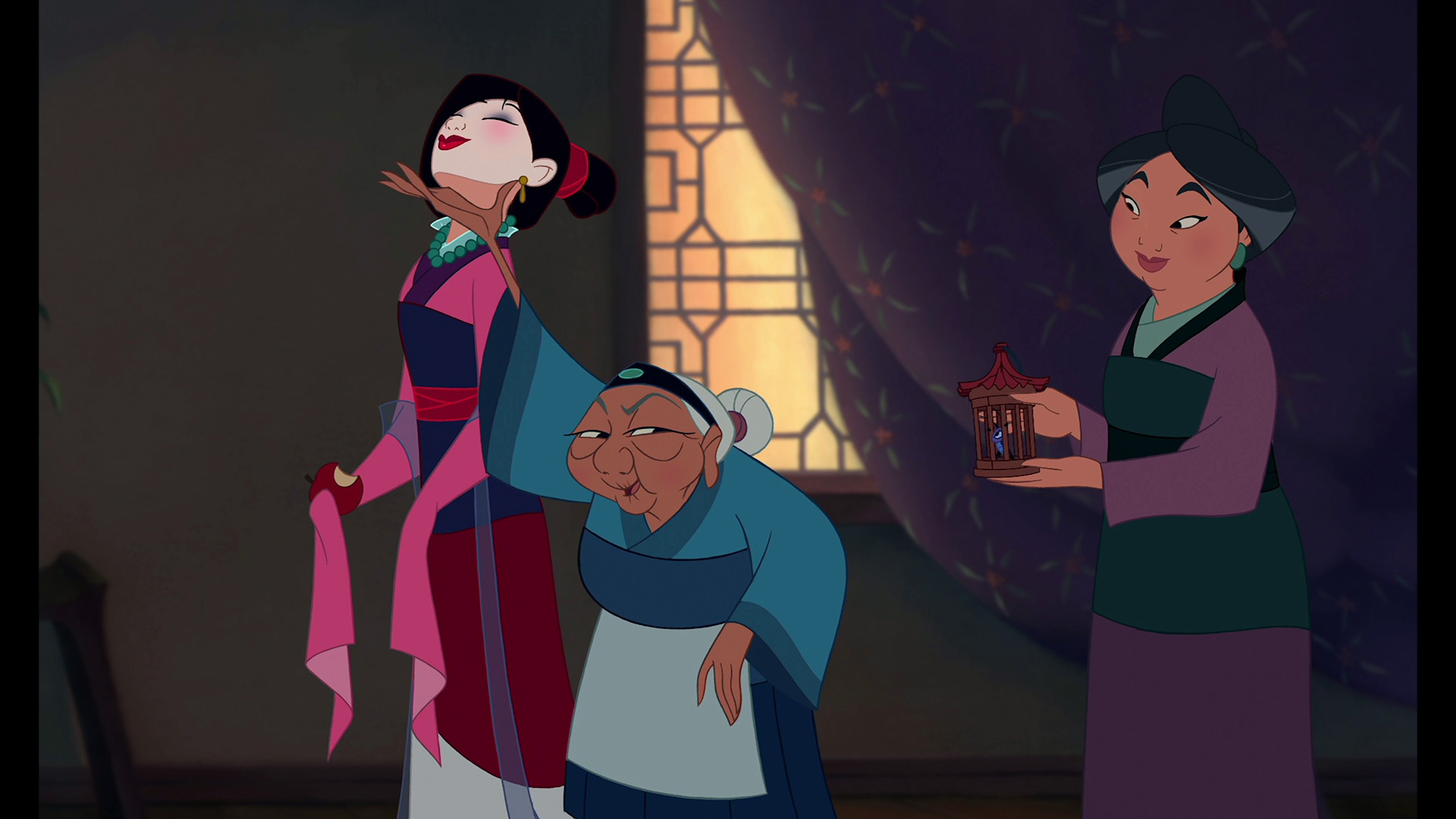 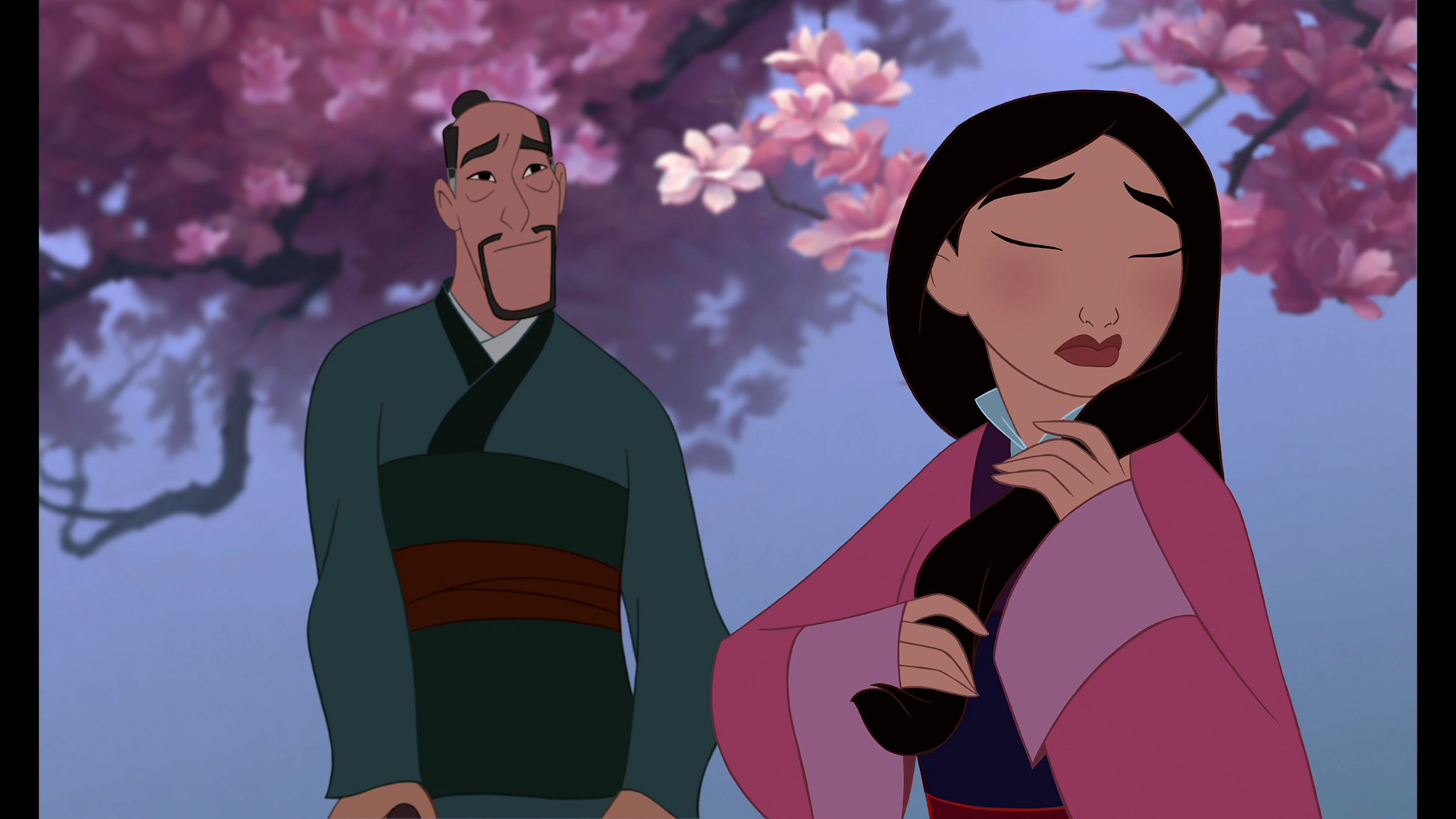 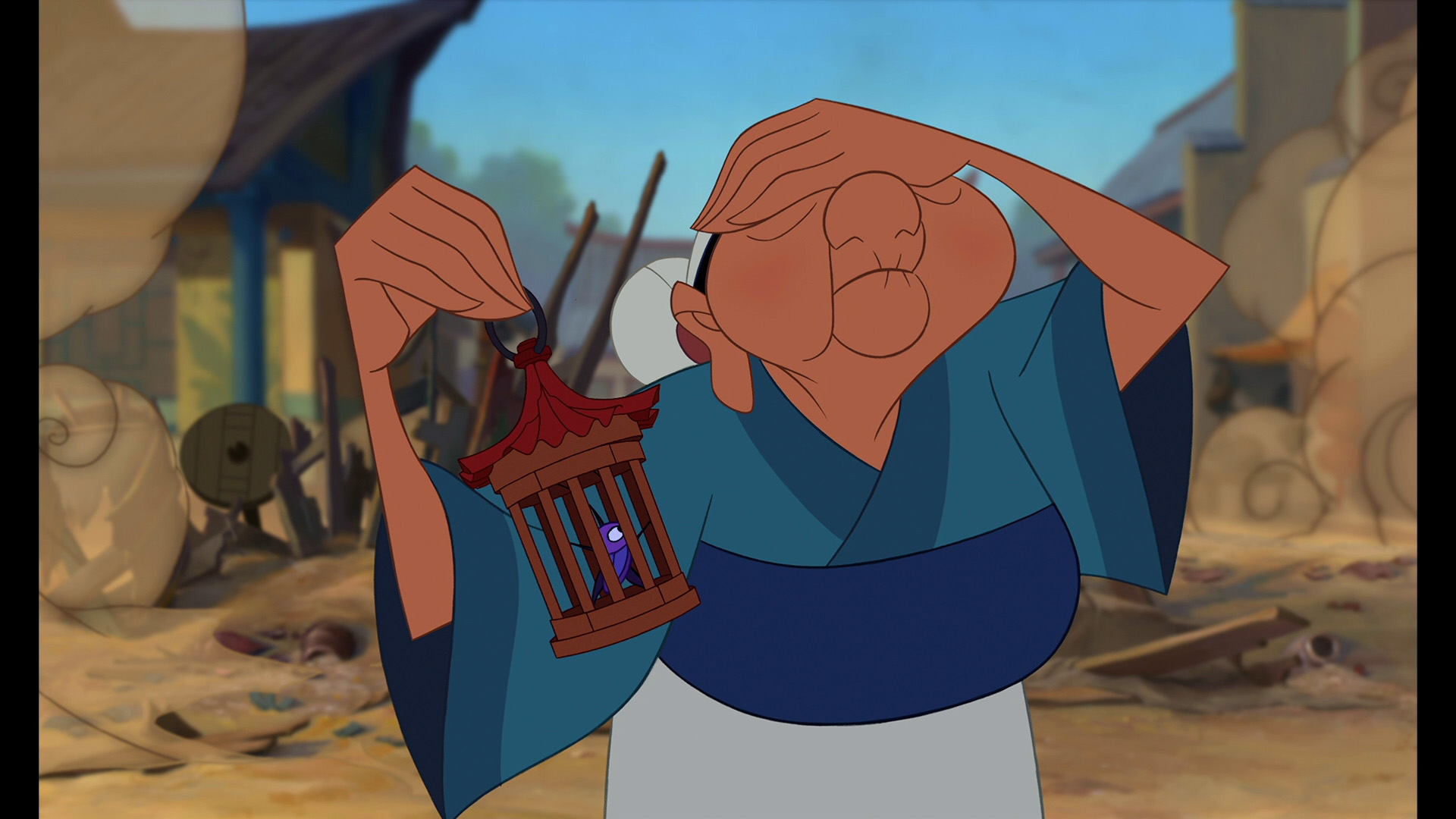 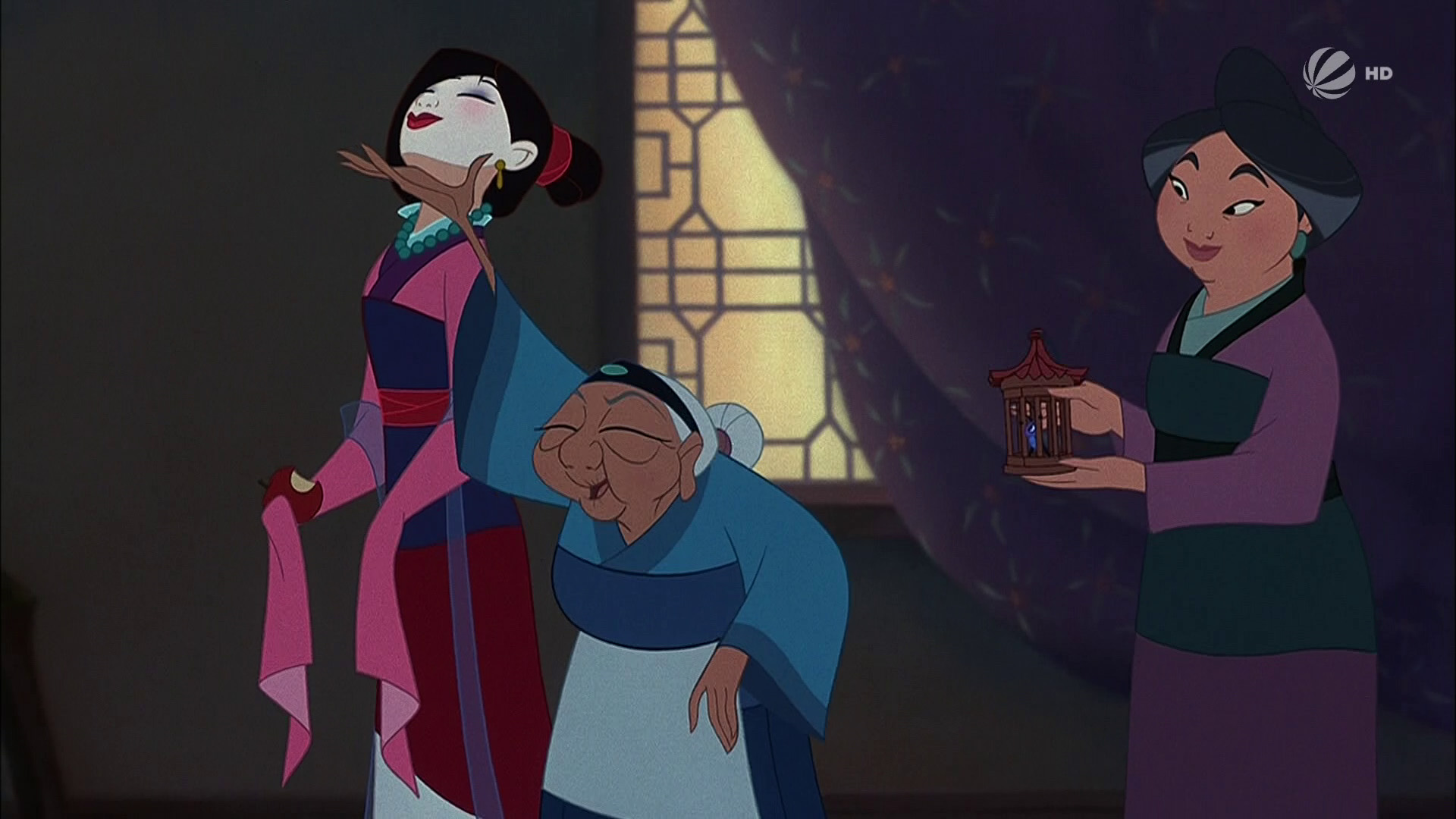 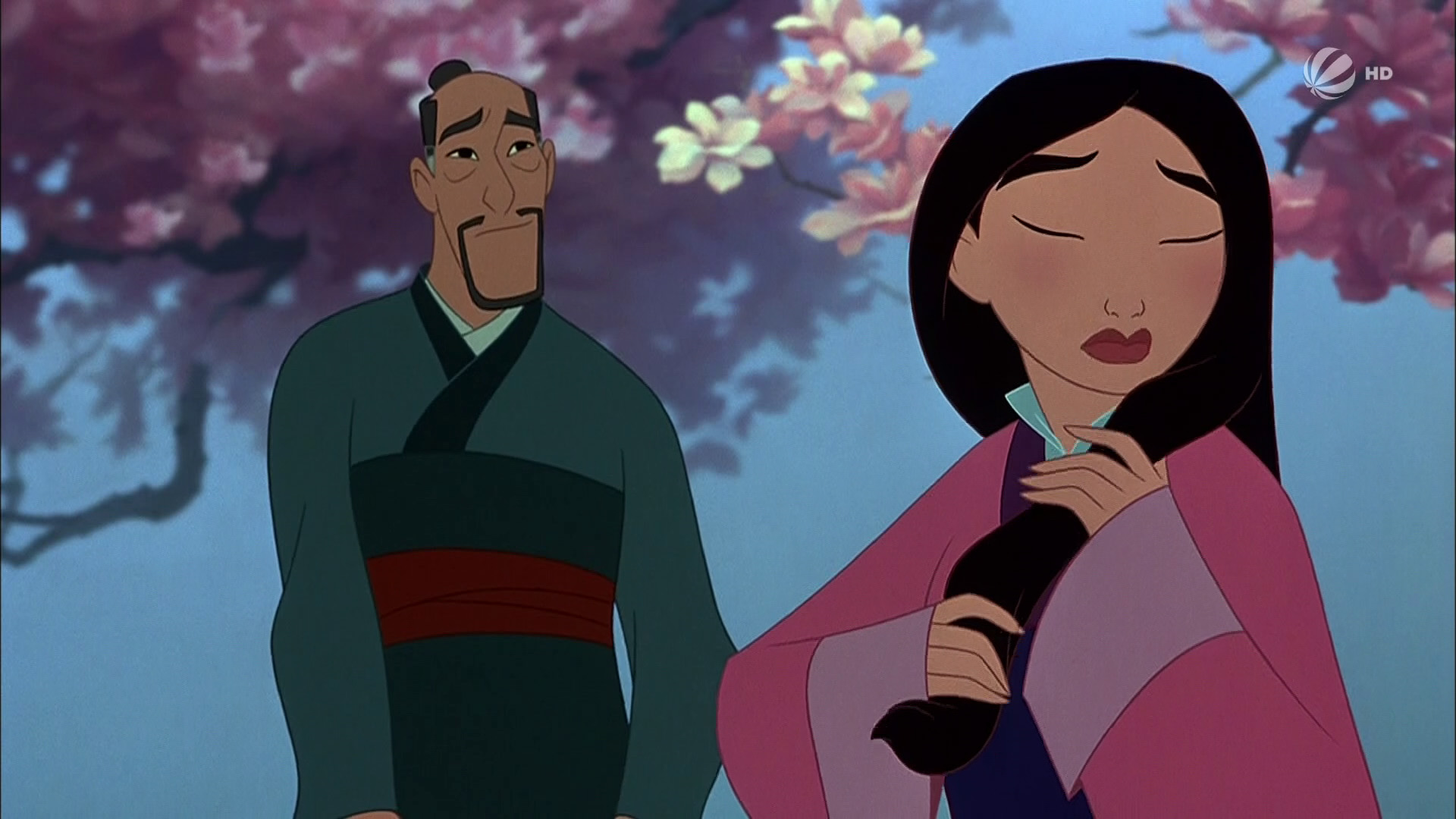 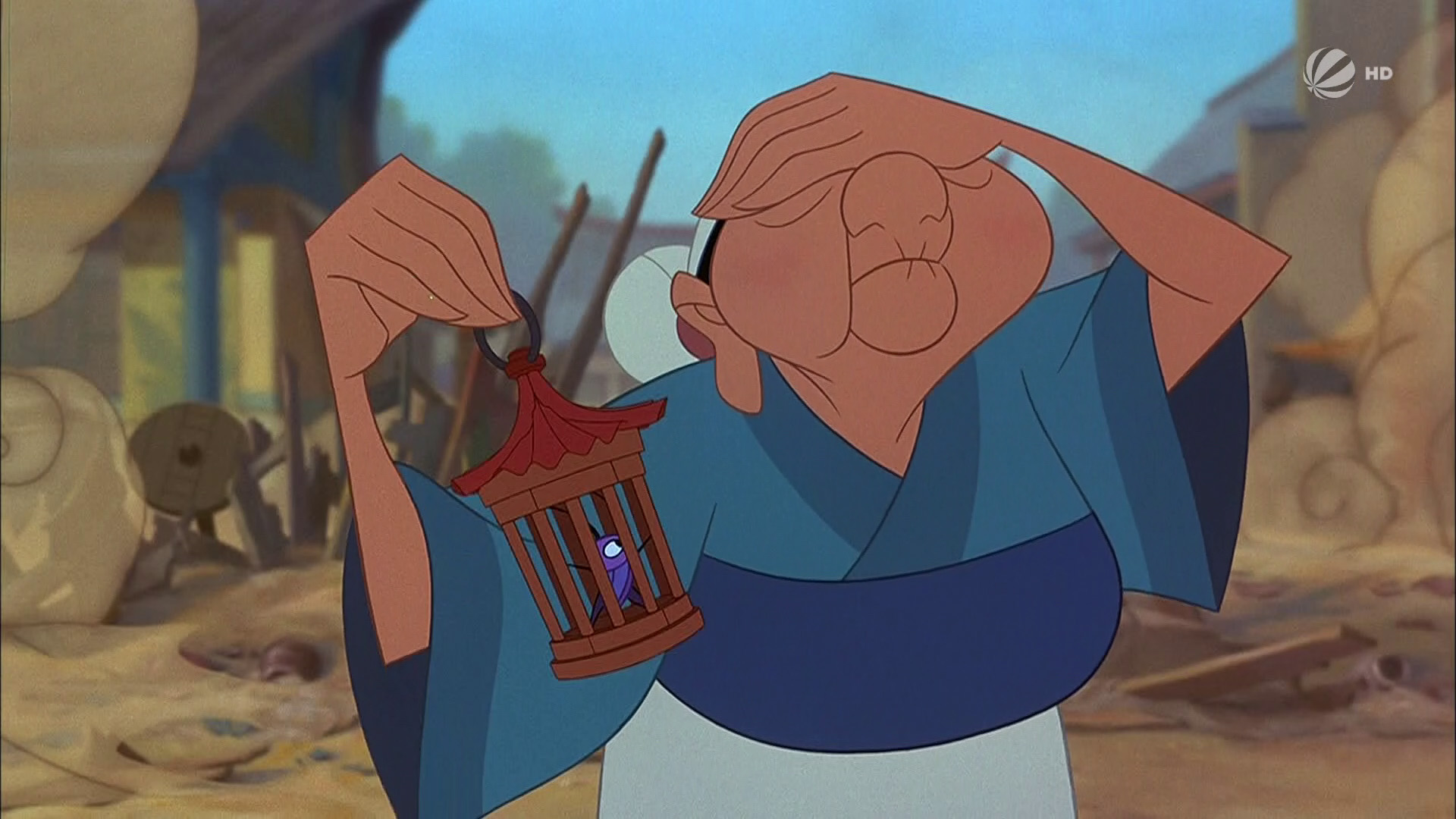 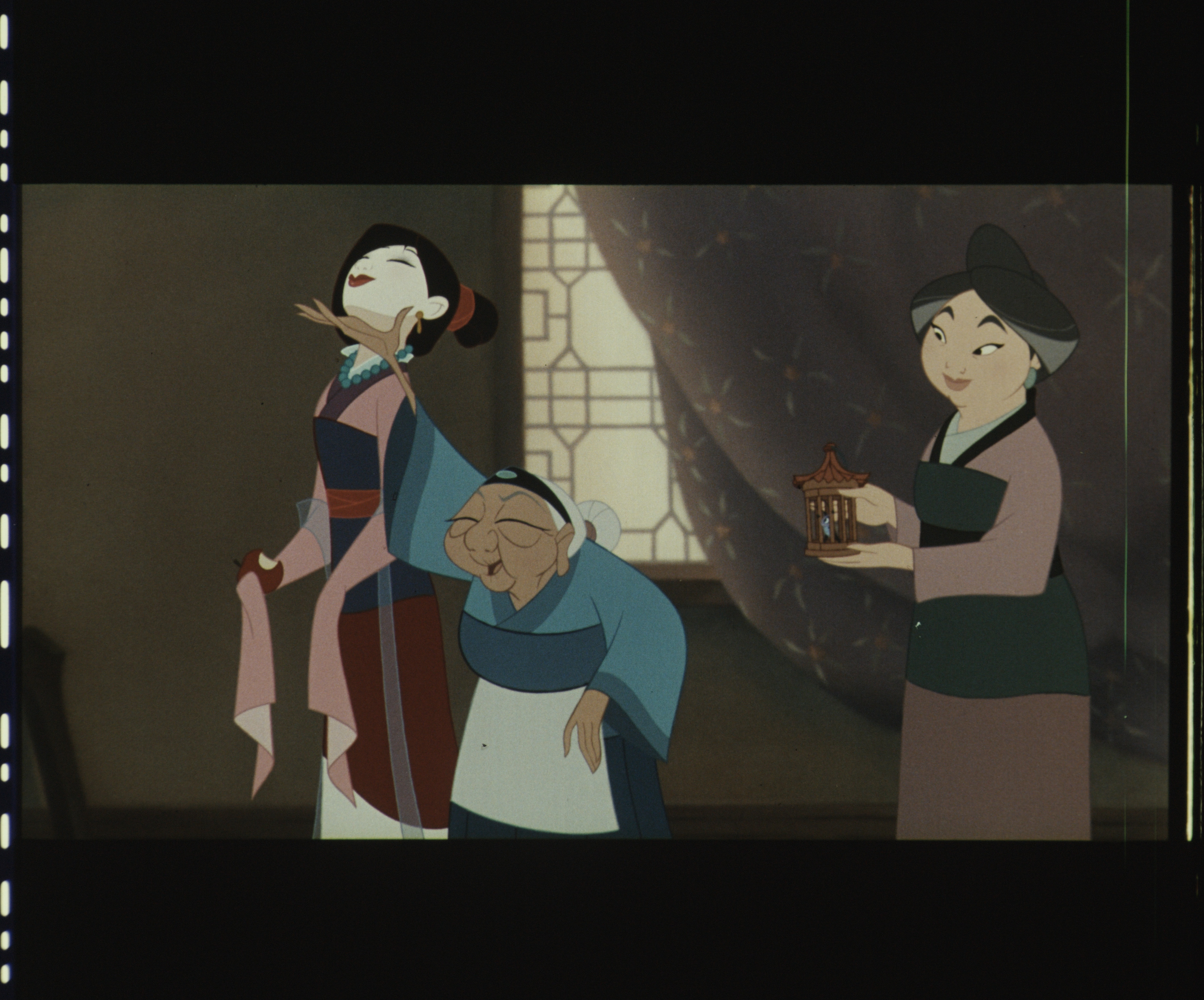 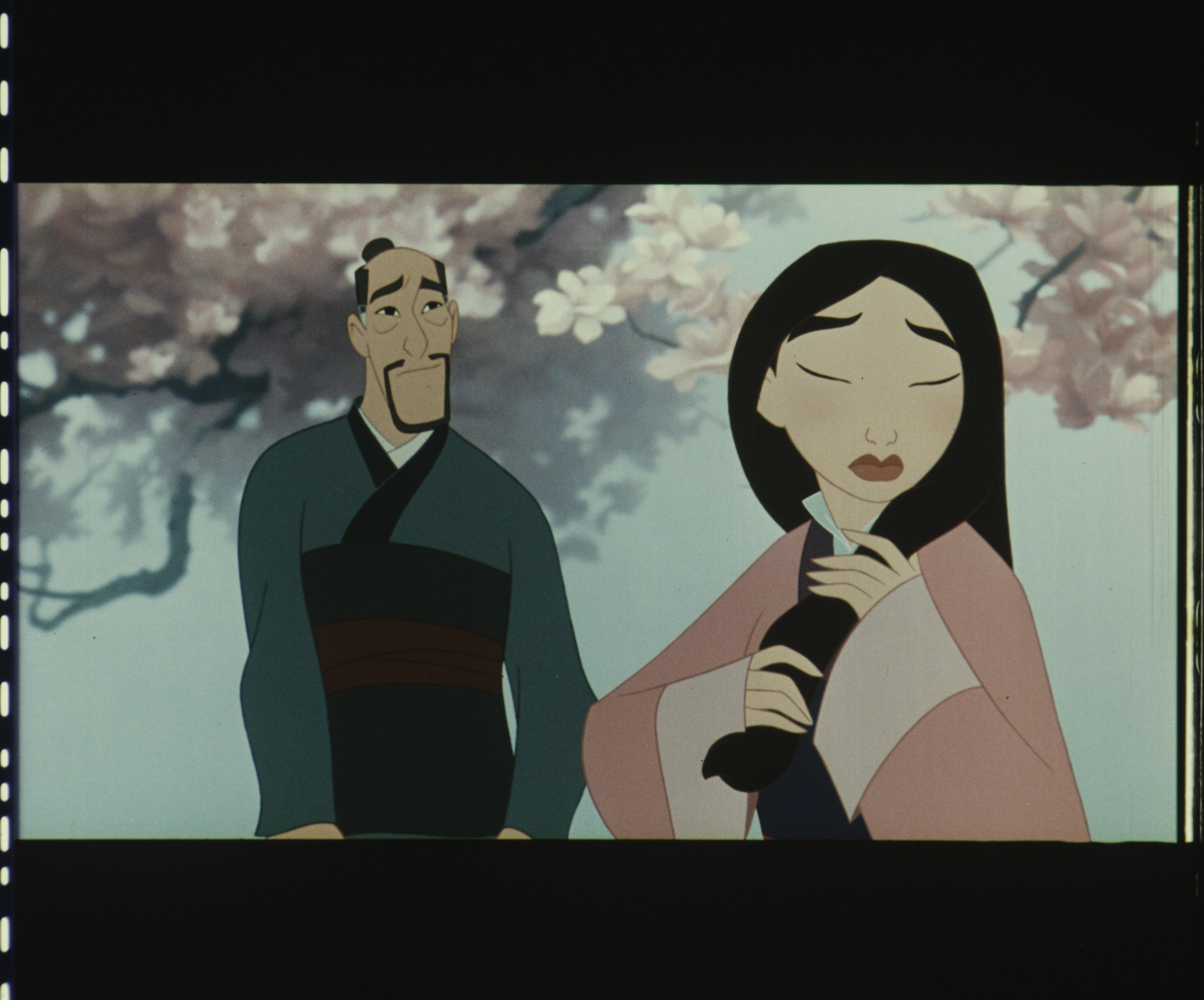 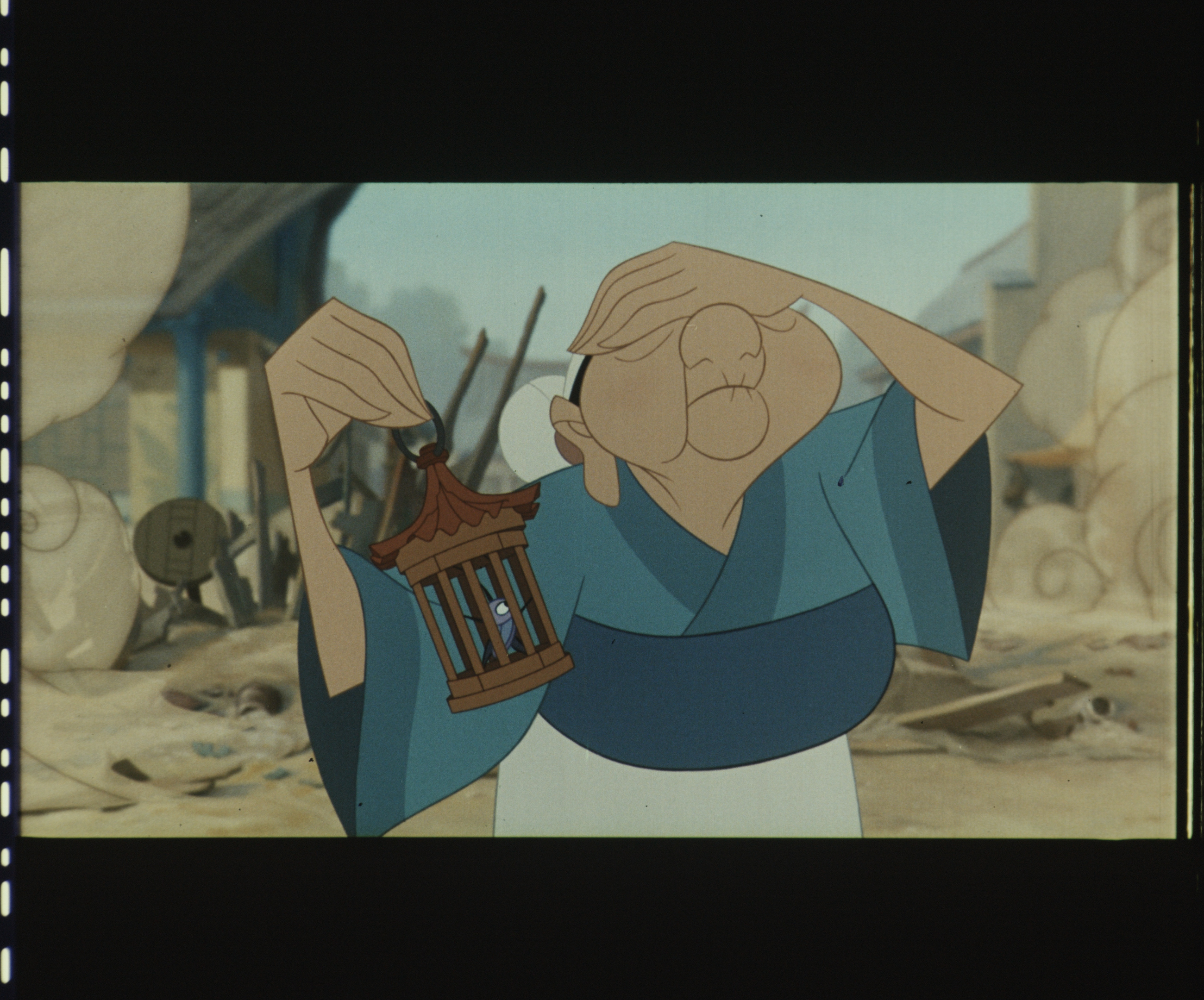 Those 35 mm-samples are just “as scanned”, there’s nothing adjusted in them which is why they’re still looking a little grey/faded. But they’ll give you a feeling how different the 35 mm is going to look once this is done.

What is the timestamp of that first frame?

A new French edit of the SWHS went up on the spleen the other day. It has a MUCH clearer rendering of the opening logo, which may help to identify the font and recreate an even better version. To me it looks like ITC Avant Garde Gothic Bold. The audio on this copy also sounds a bit better to me than the earlier French edit. The rest of the video isn’t as clean as the EditDroid release in my opinion.

Can you PM me this please.

I know this is off topic, I am posting this here because it does not deserve its own thread. Does the laserdisc have the following scenes?