Now that I'm in college, my roommate and I combined have these:

-Not exactly like the one I have - mine has a white border around Vito, with the words "The Godfather" and "The Greatest Gangster Picture Ever Made" above that. 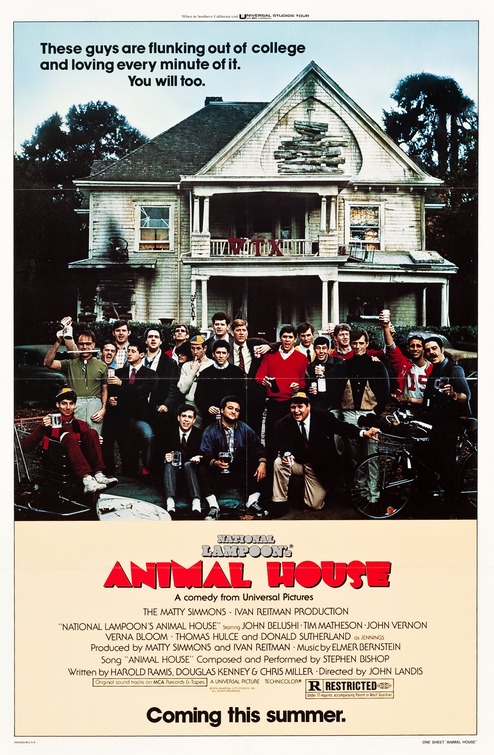 And, my 100% personal favorite of all (and most expensive):

Too bad about the watermark, but it's the only image I could find of it (interestingly enough from the same place I bought it at).

Those are all the ones that are actually mine, and they take up my half of the room (mostly). The back wall is still not completely full. 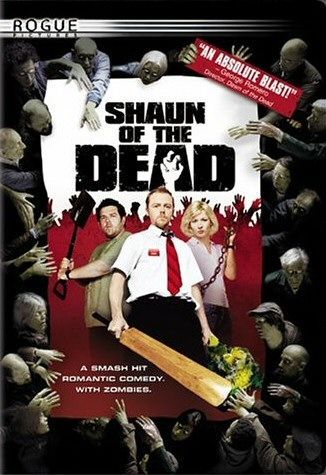 He's got a bunch of other small ones, but I can't see them from my computer desk and there are already far too many images in this thread anyway, so yeah - those are all the major posters we have in our room right now. The wall's not completely full yet, so we've got a little while to go until we're done.
Gas is about $3.30-ish here, which isn't expensive compared to European countries, but just a couple years ago it was coser to $1.25. That's why you hear so much bitching about the price of gas in America.
Originally posted by: DarkGryphon2048
Originally posted by: ADigitalMan
Interesting "That's a Wrap" feature. Did you guys know that in 1981 there was a movie called "Indiana Jones and the Raiders of the Lost Ark?" I don't recall that film. Boy, that's a mouthful too.
That's only on the fucking VHS case and the damn DVD cover. NO, the actual movie has not been change you Star Wars elitest dipshite. I swear, you Star Wars fanboys complain far too fucking much for your own good.

Quick question: Why the fuck are you here?
You're judging based on pics that were taken on-set, not based on actual shots from the film, so any cinematographic lighting choices etc are not accurately represented. I'd hold off until you see at least a trailer.

And I'm not worried - everyone I've talked to that's been on set or has seen shooting downtown when it was still here (Chicago) says not to worry, and those images aren't representative of the mood of the film at all.

In short, it'll be worth it. And if it turns out to be shit, well, I'll be the first to admit that, but I'm staying optimistic.
Like I said, if anyone else is planning on going to the Chicago Music Box Theatre to see it, I'll be there for the Nov 2 show (showtimes won't be up until next week, probably Thursday the 1st). Judging by previous Music Box runs, it should be there for two weeks before getting replaced by another movie.
The Digital Bits has the whole release schedule for the US, and whether the movie is projected via 35mm film or 2K digital (Austin is somehow listed twice):

Penguin's not in it. I go to Columbia College Chicago, film major, and I know several kids who were interns on the set when it was filming in Chicago, and I have it on good authority that Heath Ledger is amazing as the Joker, and that the other villain is Two-Face, but only at the very end.
The problem is I don't have newsgroup access, and I'm currently in college dormitory housing anyway - I'd rather get it direct from you somehow, if that is still a possibility.
I'd be interested in all of these Leone preservations - if you could PM me with details on obtaining these restorations/preservations, that would be fantastic.
Alright, I finally bit the bullet and bought an LG external DVD writer ...

... and had exactly the same problem I had with my MacBook's internal drive.

This is starting to seriously piss me off ... does anyone have any suggestions as to what might be the problem? Would a complete hard drive wipe/OS reinstall solve this? (If that's the case I'll wait till Leopard is released to do so)
The first 2 are quite different, the 3rd less so, and by the 4th the only differences are "sorcerer's," "study" in place of "revise," and spelling/grammar "fixes."
Originally posted by: Darth Richard
In Canada HP1 is still called the Philosophers Stone so there region one dvd uses Philosopher Stone instead of Sorcerers Stone.

And I still haven't been able to get home, so I haven't been able to check the deleted scenes for you. I have a copy with me, but it's a one-disc, single-layer, movie-only copy, which isn't much (any) help.
Originally posted by: ADigitalMan
Does anybody here have the Region 1 DVD of HP and the PHILOSOPHER'S Stone? I'm curious if the deleted scenes also used the term "philosopher" or not. I seem to recall the "Neville Leglocked" scene made mention of it but I could be mistaken and am currently too lazy to pull out my disc and go through the scenes.

I own it, but not with me, it's at home and I'm an hour away at college - I'll take a look next chance I get and let you know.
Can anyone tell me how to play a .rmvb file on a Mac?
These are the fan edits I'd like to see for GRINDHOUSE:

3) Fan-edit cut, as andy_k suggested.
The real question is, when is someone gonna make a fan edit that preserves the theatrical style (i.e. fake trailers at the beginning and in-between), but uses the extended versions of the movies?
It costs $1,200 if I recall correctly. The price on that one's being lowered a couple hundred when the next one with support for BD-J and HD's other special thing comes out, which will be $1,300 IIRC.

So yeah, it's a bit expensive.
Blu-ray is going to emerge dominant (well, it already has, to be honest), and eventually will take over almost completely. It's by far the superior format anyway.
It's much better the second and third time through. It's not something you can immediately appreciate the first time you see it, it's something that has to sink in.

Also, while the narration is extraordinarily sub-par and out of place sounding on the original theatrical version, were it recorded better (as in, more in Deckard's character) I would prefer it to be included as it contains some nice information that helps understand some things.
I don't have newsgroup access ... is there any way this could be torrented, or something, the way the mono mix was?
I just started getting into Twin Peaks and remembered this project. How's it coming along? Will you be using the "Definitive Gold Box" content due out in October for anything?
I'd only be concerned about going to them and saying "this won't copy movies right, even though it plays them just fine" ... I suppose I could tell them I'm trying to put movies on my iPod or something to that effect ...
Hmm ... internal drive problems would be quite distressing as it's an expensive, brand-new laptop. I don't own any external drives and I don't particularly want to buy one (at least not until after I've taken care of an external hard drive, a new turntable and speaker system, car insurance, and several other issues), especially if it's only with ripping and not playback or burning.

Speaking of which ... what does that mean? If the discs it's having trouble ripping play fine, and burned discs work fine ... and yes, the ripping issue isn't just with MTR, as I said I tried OSEx, Handbrake, and I think one other with the same results (actually Handbrake gave me completely unreadable files in general- couldn't open them in anything) ....
All of them.