I mean… in light of the recent news that Disney and Criterion have made arrangements that allow Criterion to release WALL-E… it doesn’t seem like that much of stretch. Perhaps we need to start directing our requests and/or petitions to The Criterion Collection as well as Disney now?

I’m in rather the same boat as BedeHistory731. I’ll just leave it at that. 😃

It’s also important to note that BedeHistory731’s original post on the subject started with the word “sometimes.” Which is as adverb that means “occasionally, but not all of the time.”

In relation to the subject of this thread, I personally do see the OT as the only cannon. IMO everything else just feels like fanfiction that succeeds sporadically at being entertaining.

Double-checked and confirmed. My 1982 rental only VHS copy indeed uses the later “plastered” looking logo along with the re-recorded fanfare.

I’m pretty sure the rental-only VHS copy I have uses the “plastered” logo too. I only remember that because it’s the same as on the original CAV laserdisc, and I remember thinking how that disc and the rental VHS seemed identical as far as the transfer went (whereas the original CLV is slightly different).

I’d normally double-check it to be sure but my primary VCR has been acting up lately. I do have a backup machine but it’s not currently connected. Maybe sometime later this week I can get that hooked up and confirm that for you… unless of course Rikter beats me to it.

I’ve had a few drinks, and now it’s time to bump an ancient thread :p

I think my preferred way to watch the OT these days is on laserdisc. I’ve manage to collect all of the various American releases along with the Japanese Special Collection editions, and I seem to gravitate to a bit of a mix & match approach.

For Star Wars, I definitely prefer the widescreen U.S. Technidisc pressing. I adore the colors… and the lack of any aspect ratio problems or DVNR issues is also a plus.

For Empire, I really like the JSC. Now, don’t get me wrong, Star Wars and Jedi also look great on the JSC releases, but the lack of english subtitles when the aliens speak is a bit of a deal-breaker. Fortunately there isn’t any alien-speak in Empire, so there’s no issues with that one. Basically this just looks like a slightly sharper version of the CBS/FOX Video release.

And finally for Jedi, I actually prefer the Faces / Definitive Collection versions (blasphemy!) The DVNR issues that really plague the first two films of these releases aren’t nearly as evident in Jedi… at least to my eyes. Perhaps there was less video noise to be reduced in the first place?

And of course, I do enjoy and appreciate the various preservations and restorations, like Harmy’s versions and 4K77 (still gotta check the D+/OTD versions)… but I seem to always end up falling back to the old laserdiscs when I’m in the mood to just watch the movies. They just feel right to me.

I stand corrected on everything but the North American releases. Which i’m only waiting for someone to confirm if its not the 2019 FOX DVD. The A New Hope DVD says on the back cover 2019 DVD release Buena Vista.

Its under ten bucks but i have the 2011 blu ray already.

Yeah… I thought I heard something about the North American DVDs being the FOX discs straight up… just with new labels. Perhaps clearing out old stock that was already pressed?

But these have been out for a while, so maybe they’ve started pressing new stock with the current Disney versions by now. I might check my local stores and see if I can find it for cheap and see what I get!

Not very odd at all. Japan got a Laserdisc release of Phantom Menace even though LD was dead in the states. Same with Revenge of the Sith which got a VHS release in some countries but not the US. All depends on on the markets and what format is doing the most business in them.

Funny that I didn’t think of that Phantom Menace LD example. I even own that one!

I don’t know if there are official NTSC releases of the 2019 ‘Maclunkey’ Special Editions available to buy in North America.

However, IF you were happy to have an official PAL version on DVD of the 2019 ‘Maclunkey’ Special Editions on import… and also have a multi-region DVD player (or a DVD player that can be made multi-region)… then this may be an option:-

https://www.amazon.com/Star-Wars-Skywalker-Complete-Boxset/dp/B082WXXG7F (circa $57?) - and maybe at other places too?

Thanks for the info oojason (and everyone who has responded thus far)!

I think the biggest issue would be the CRT TV that I’d be playing them on. From what I understand (and I could be wrong) even region free discs may have playback issues on a CRT because of the frame rate differences between NTSC and PAL. They would play, but be unwatchable.

I mention region free discs specifically because I thought I once saw a review of that 9-disc DVD set that claimed it was actually region free (unfortunately I do not have region free player in my basement setup, so a region free release would be my best option… if it weren’t for the possible NTSC vs PAL issue).

At any rate, it’s odd that the “powers that be” decided that North America shouldn’t get the latest versions of Star Wars on DVD, while many other countries have. From what I understand, DVD is still technically the biggest selling physical format when it comes to movie media.

Yeah, I do. I’m one of those weirdos that has a full on retro setup in my basement, with old school gaming systems like Atari and such going into an old Trinitron CRT. Laserdisc, VHS, etc… The most modern thing I have down there is a DVD player!

I have nearly every official version of Star Wars ever released down there, with the exception of the latest Disney versions. I know I can always go upstairs and watch them on my big(ish) screen TV, but my OCD really wants DVD versions in my basement collection too. I know… I have issues. :p

That’s unfortunate. I wonder how easy it would be to use the existing Blurays to create a downconverted burnable DVD ISO? Would that fall under the category of “preservation” (since those particular versions are not available on that particular format)?

I prefer the Technidisc. The colors just look more natural to me. The JSC is a bit sharper for sure, but doesn’t have english subtitles for the alien-speak. To be honest it’s kind of a matter of personal preference though.

Usually I don’t have time to watch movies, but with the pandemic keeping me home, I might celebrate on both days! May 4th will probably be the OT on laserdisc in pan & scan (since that’s how I saw them when I was a kid), and the 25th will likely be the Despecialized versions.

With that being stated, here’s my quick review of TROS…

I really enjoyed it! The cast were all on point and there were some really striking visuals that stayed with me. It wasn’t perfect (a bit rushed near the end), but overall I left the theatre feeling satisfied… like I watched a Star Wars film.

I definitely liked it more than TLJ. In fact, I think it might be my favourite Disney-era Star Wars film so far! Not as good as the OT movies for sure, but the best thing since IMHO.

Now to figure out where it fits in my overall ranking!

Much appreciated LexX… thanks!

So was Marcia Lucas there? Did she speak? I wonder if we’ll ever hear from her about the making of ANH…

Could someone possibly re-post a link to said panel? I’ve skimmed through this discussion but couldn’t find anything… and my YouTube searches have yielded no results. Thanks!

Why not use the Blu-ray as the main source? I’m not aware of any visual changes to this film.

I thought they did some digital wire removal on the Blu-ray… for things like the flying monkeys and some shots of the Lion’s tail. 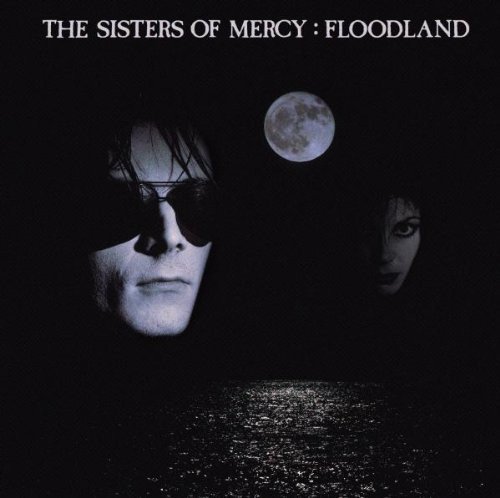 Discovered this band only this past week. Am already a fan.

Classic! I used to DJ a bit at an industrial/goth club and “This Corrosion” was my smoke-break song… because it’s like over 7 minutes long or something like that. Good memories.

genres are used to provide a classification for a movie, so in my mind they are fluid.

if you are trying to decide what part of a product catalog to list it in, you will be using one set of criteria, and will probably list it as Sci Fi

if you are talking to a friend and comparing Star Wars to any other sci-fi movie, you are then more likely to reach for more descriptive, specific genres, and will say that Star wars is more of a Space Fantasy than your typical sci-fi story.

Time setting is immaterial. Steampunk is science fiction set in the past. And you can have Space Opera set in the past (it has been done many times). Just the typical convention is to set it in our future when we have higher tech (or lower in the case of post apocalyptic SF).

I’m actually not sure if I would consider Steampunk science fiction either. But as someone else has stated, I guess it’s all about what definition of science fiction you subscribe too.

Another way to look at this question though. If you were to make seperate lists of the greatest sci-fi movies ever and the greatest fantasy movies ever, which list would you put Star Wars on?

Looking at this way I realize that I would actually put it on the sci-fi list. So even though I initially felt it was more fantasy, I now realize that the sci-fi elements are actually stronger for me.

Wow. I actually changed my mind about this whole thing just now while typing this post. Well… they say a mind that can change is a healthy one! 😃

The Starbuck episode was good though. They even spliced it into one of the movie edits of the series.

I’ll have to watch that one again. Don’t really remember it too well.

Look what you’re making me do!

So the tech setting of Star Wars does make it science fiction. Space wizards are typical fare for space opera. The Mule in the Foundation stories, Paul in Dune, Gary Mitchell in Star Trek.

Except that Star Wars doesn’t take place in the future, while those other stories do. That’s the main difference.

So if someone were to write a story about an advanced alien civilization set in the distant past — and for the sake of argument, let’s say there were absolutely no mystical elements present — it still wouldn’t qualify as sci-fi?

Sounds stupid to me.

That’s a good question. I’m leaning towards no, but I’d have to read said story before deciding. I wonder if anyone has written such a thing?

Oh god. Don’t remind me of that abomination.

You mean had colonized Earth. The final episode of the original series pretty much sets things either in our immediate present or far future. 😉

So the tech setting of Star Wars does make it science fiction. Space wizards are typical fare for space opera. The Mule in the Foundation stories, Paul in Dune, Gary Mitchell in Star Trek.

Except that Star Wars doesn’t take place in the future, while those other stories do. That’s the main difference.