This is the earliest mention of Star Wars I’ve seen. 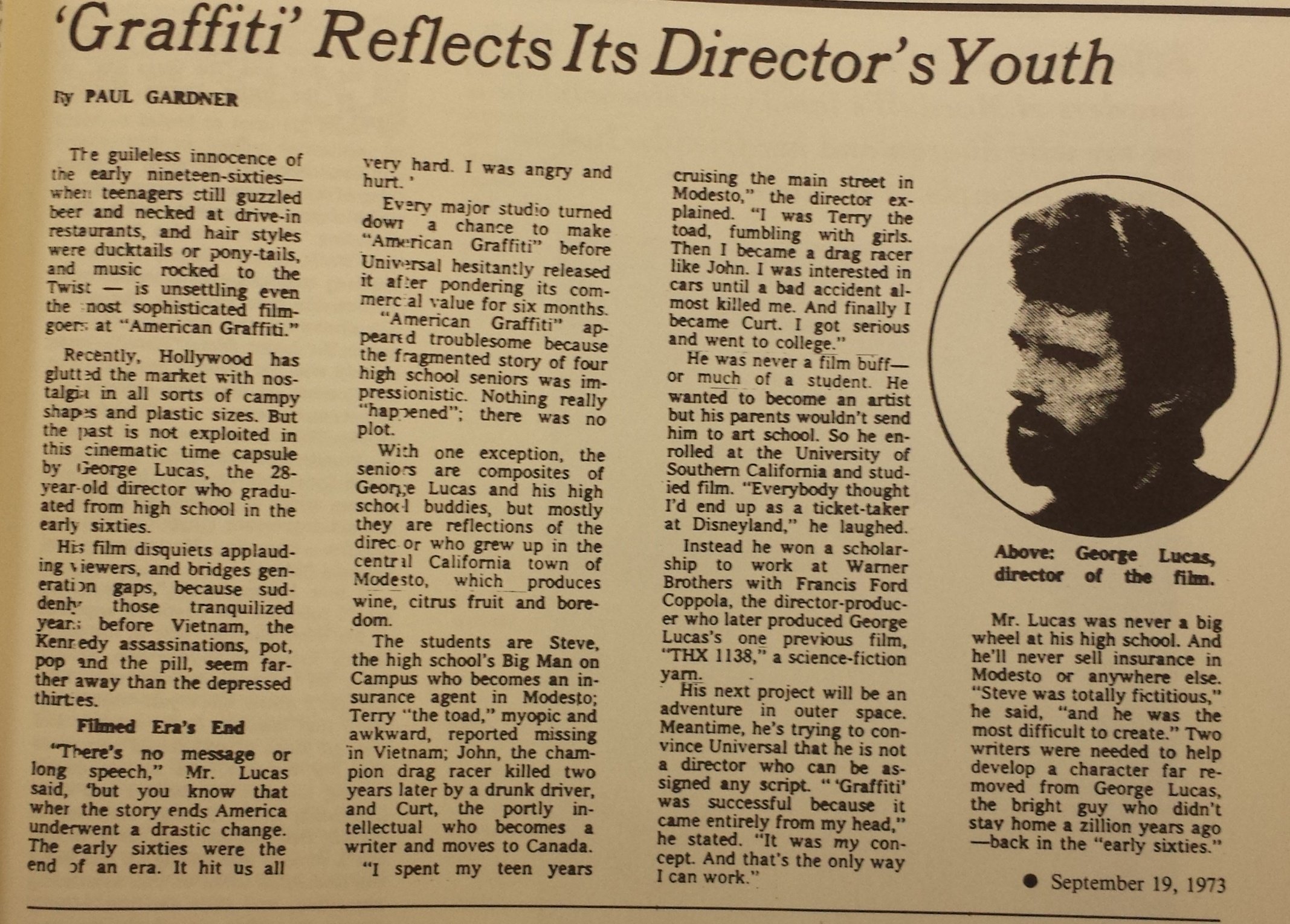 A preview questionnaire with some interesting details. (They misspelled Wookiee!) I wonder if any filled out ones survive? 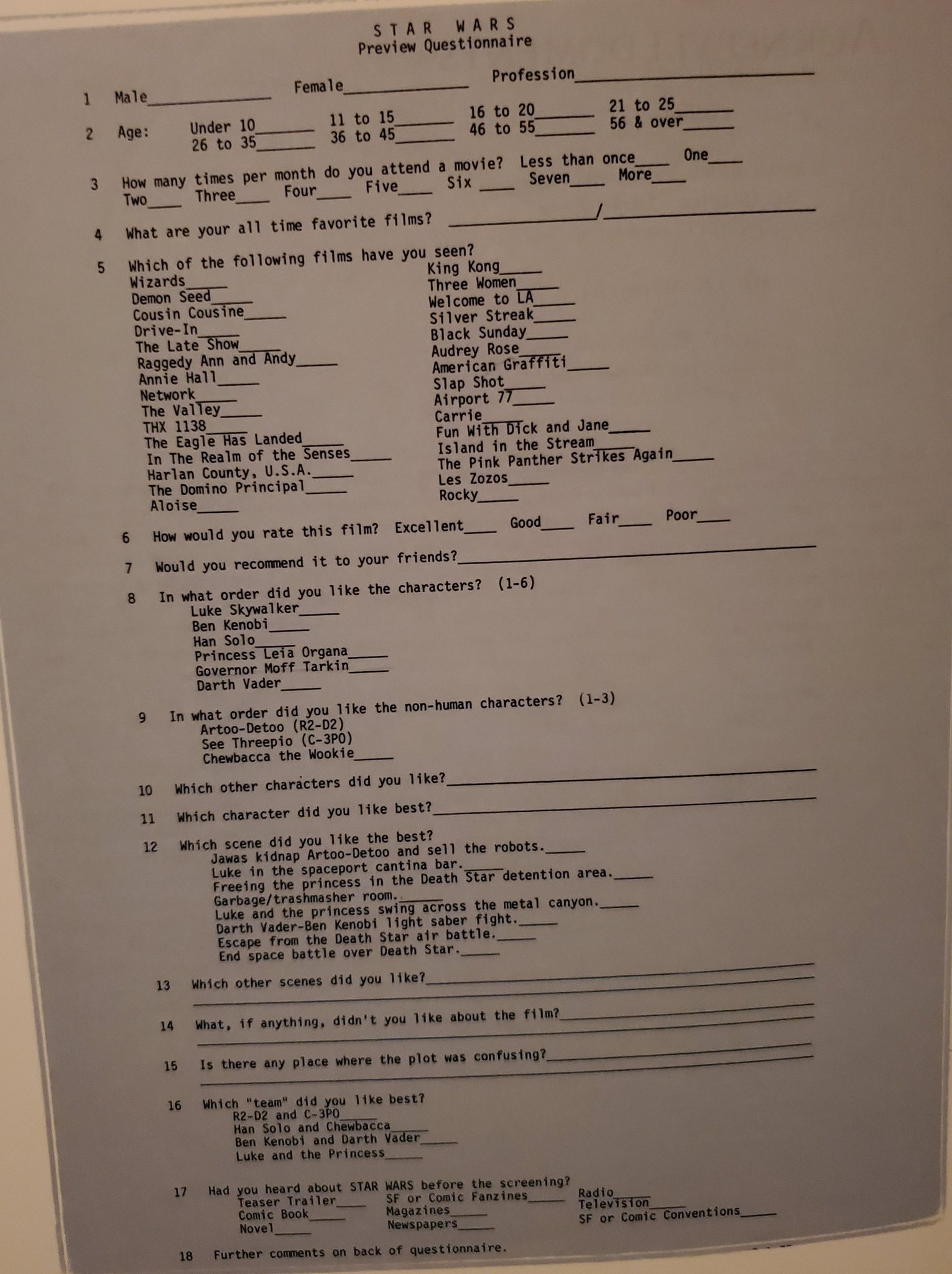 I wonder if any filled out ones survive?

I would kill to see what people wrote in those… Especially under parts of the plot they found confusing! 😄 Also, notice how ‘lightsaber’ is written as two words?

I like how “Governor Moff Tarkin” treats “Moff” as Tarkin’s first name.

And Obi-Wan and Darth Vader are listed under “teams”. Because as we all know, they were best friends in that movie. 😉

I wonder what the Star Wars franchise would have became if the idea of Vader being Luke’s father never happened.

I watched Star Wars with my family the other night and was reminded of something: as Luke, Leia and Han are celebrating and are interrupted by the recovery of an extremely battle-scarred R2 as well as a distressed C-3PO, obviously they stop screaming but - pretty much - Luke just says “He’ll be alright” and they move on VERY quickly. I don’t see much room for doing it another way myself, but I feel like 3PO could have used a bit of emotional support there! It almost spoiled the ending for me this time round.

I suppose it’s the curse of happy endings that many inevitably feel contrived or forced. Still my favourite Star Wars film though.

Wookie was probably more common than Wookiee everywhere back then.

I wonder how many Rebel pilots followed Biggs’ plan of attending the imperial academy and then defecting to the alliance? Sounds like Luke was planning on doing the same, is it a common? Surely the empire had measures in place to mitigate this?

I bet you have

I wonder what the original implied incident behind Vader saying, “you should not have come back,” was.

I wonder how many Rebel pilots followed Biggs’ plan of attending the imperial academy and then defecting to the alliance? Sounds like Luke was planning on doing the same, is it a common? Surely the empire had measures in place to mitigate this?

Based on the dialogue of that scene, the academy is in some ways a separate entity from the actual Imperial army, given Biggs says that one becomes eligible for being drafted after completing the academy course.

The radio drama also has Biggs saying that a friend of his from the academy was suspected for Rebel sympathies and died in interrogation. Sounds like at least in Legends they made mention of some pretty severe measures in place to curb desertion, although our known canon defectors (Hobbie, Biggs, Wedge, and Bodhi) also seem to have had a tough time.